One of the most popular video games of the 1990s was never played in an arcade... 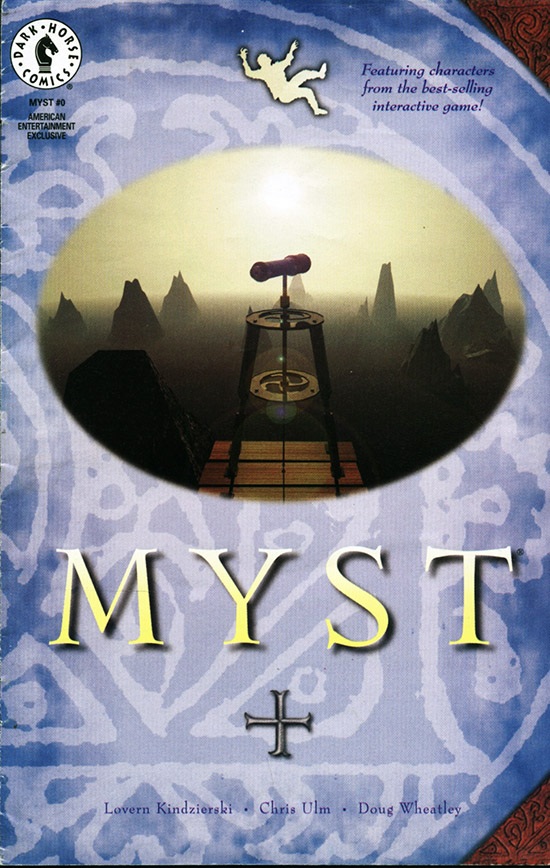 ...because it was conceived and designed, from the beginning, for use on then-new desktop home computers!
The puzzle-solving game was a phenomenon of the time, with the title (and sequels) becoming the best-selling computer game series until after The Sims debuted a decade later!
This never-told tale from Dark Horse's Myst #0 (1997) is the prequel to the comic book series which itself is a prequel to the events of the game... 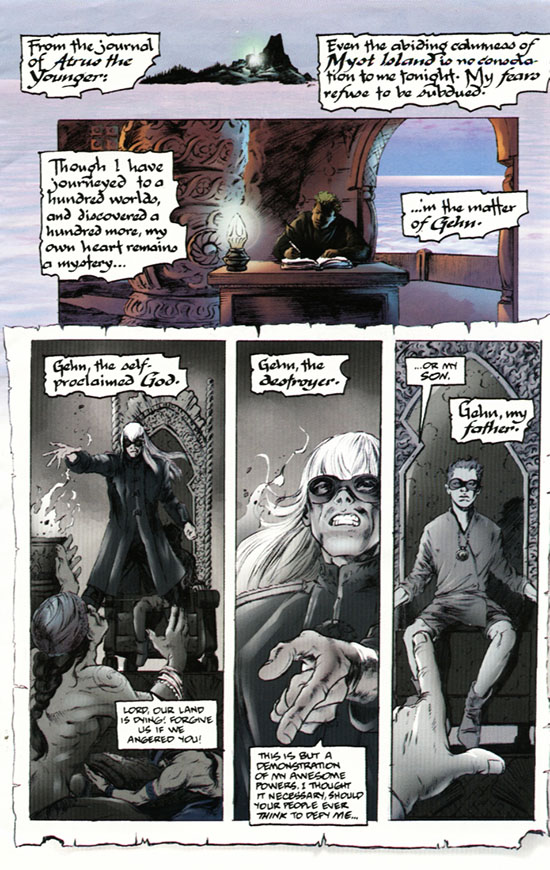 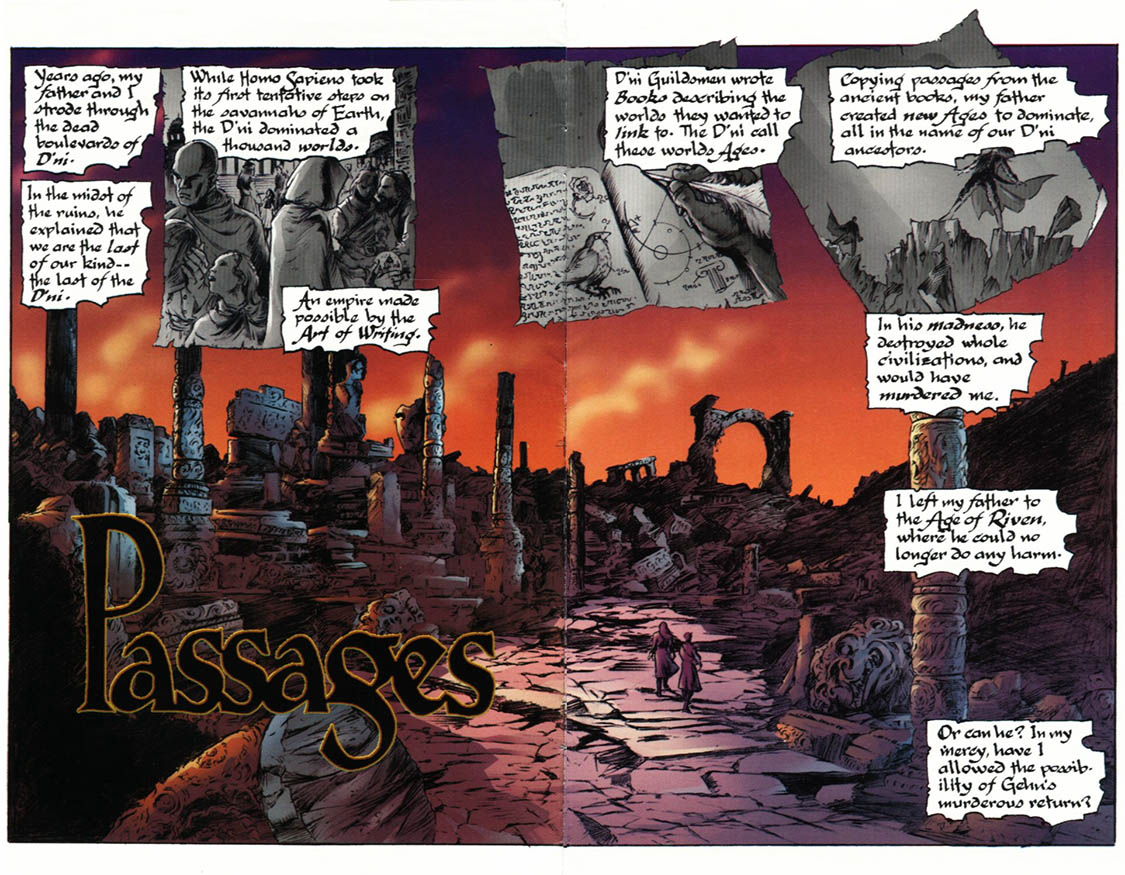 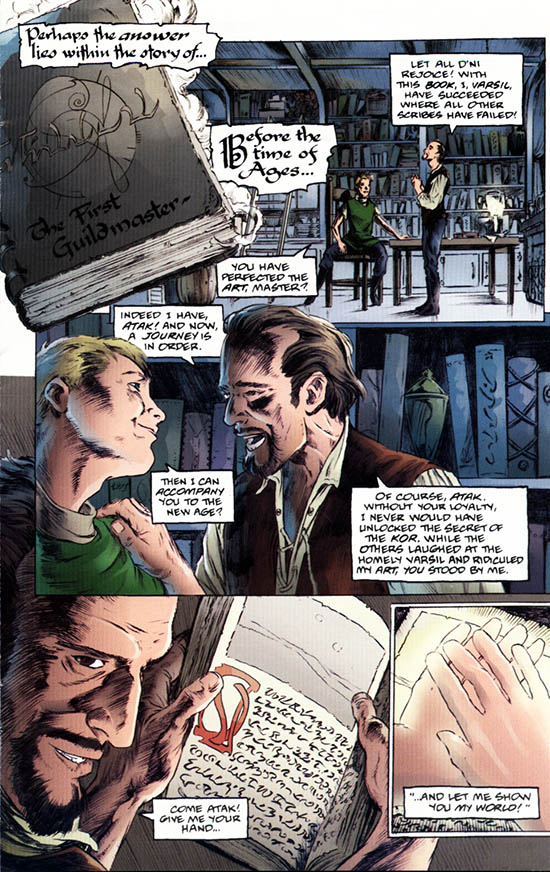 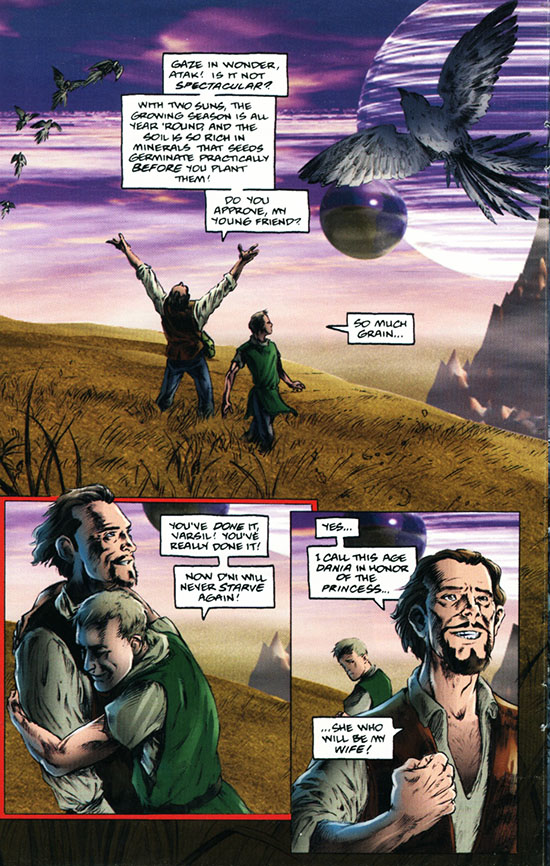 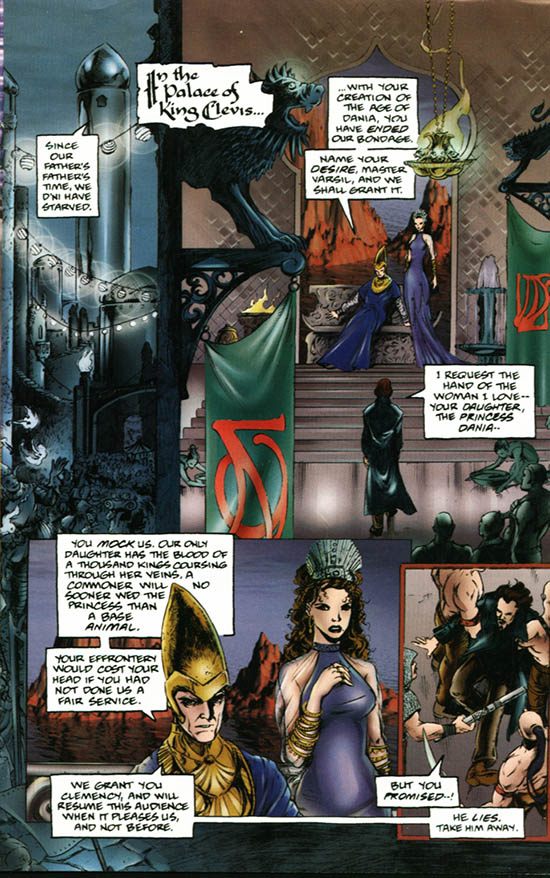 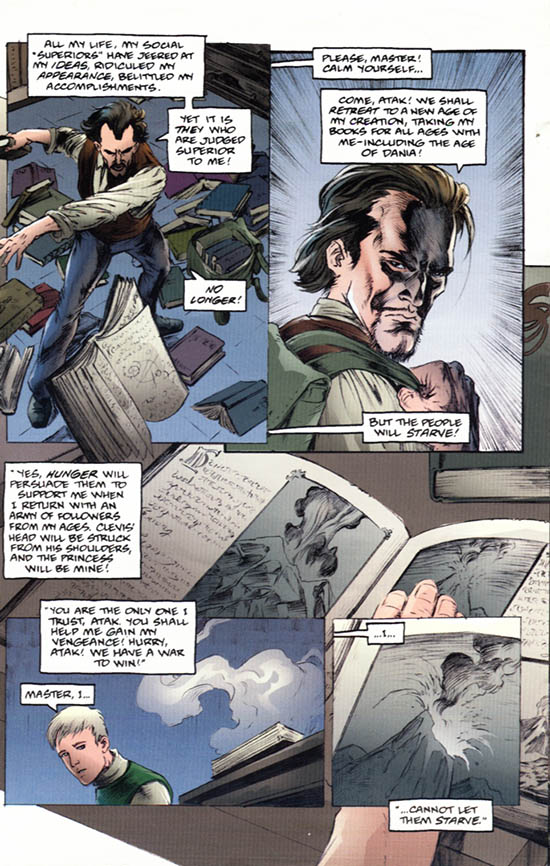 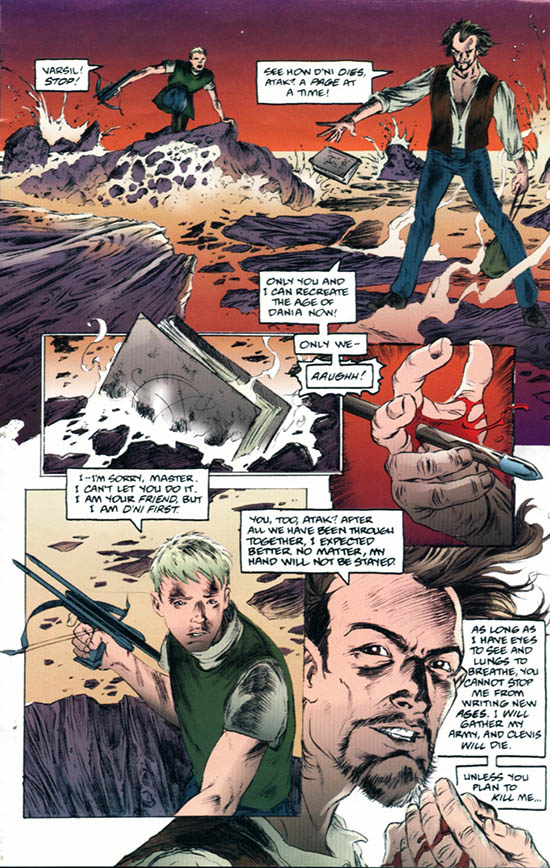 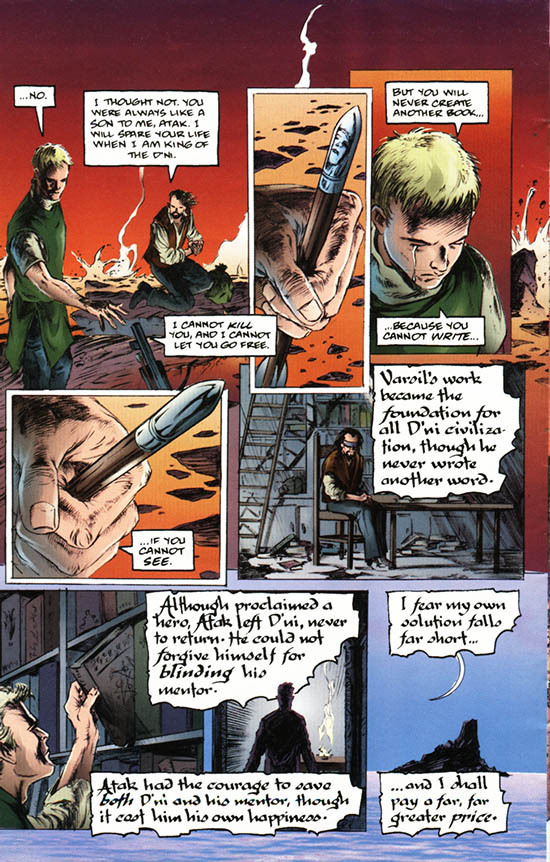 Written by Chris Ulm and illustrated by Kirk Van Wormer, the tale expands on the backstory already presented in the game and associated novel, The Book of Atrius.
It lead into the mini-series Myst: The Book of the Black Ships...which was cancelled after only one issue due to creative differences between Dark Horse and the game's creators at Cyan, Inc.
But You'll See It Here...in March!
Please Support Atomic Kommie Comics
Visit Amazon and Order... 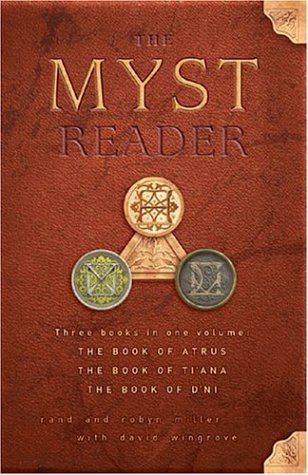