YouTube Wednesday on Saturday: TItanic on the TIME TUNNEL!

The pilot episode of the short-lived Time Tunnel (1966) featured...The Titanic! 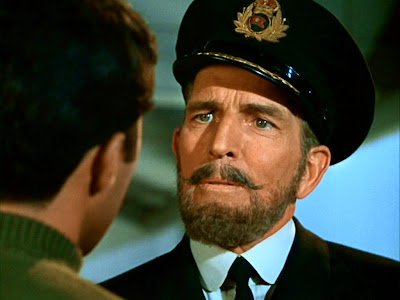 ...with guest star Michael Rennie (Klatuu in the original Day the Earth Stood Still) as Captain Edward Smith!
There's lots of Titanic miniature footage but there's debate as to whether it's from 20th Century Fox's Titanic (1953) or Rank's A Night to Remember (1958)

Rennie had performed the previous year on another Irwin Allen series, Lost in Space, in the series' only two-parter "The Keeper", as the title character!
It's two of the best episodes during the show's first season, before it went to color and became the "Will & Dr Smith & Robot" show!

Reading Room: HAND OF FATE "Night of Friday the 13th"

For centuries, this date was 24 hours of sheer terror... 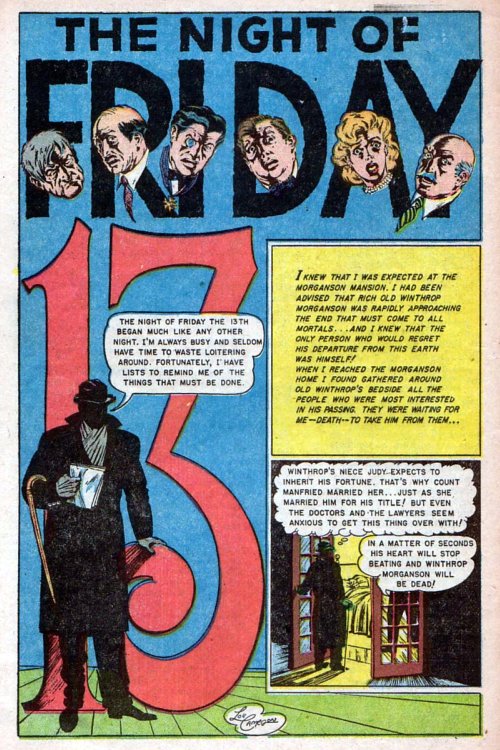 ...amazingly, there are relatively few comic stories about it, and most of them are humor tales!
But not this one... 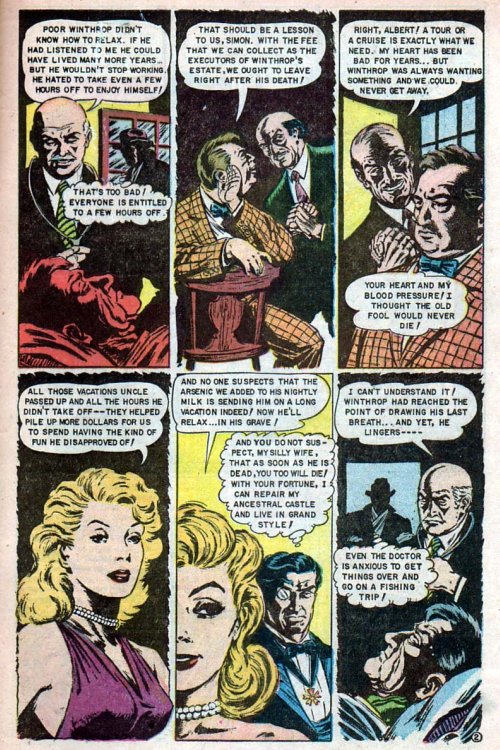 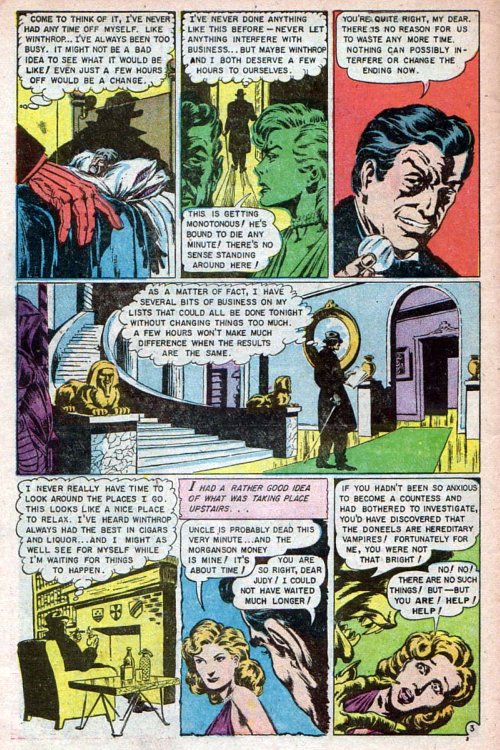 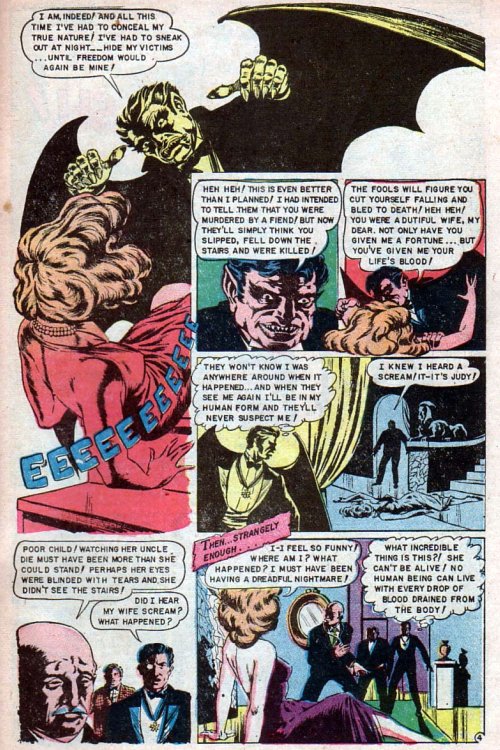 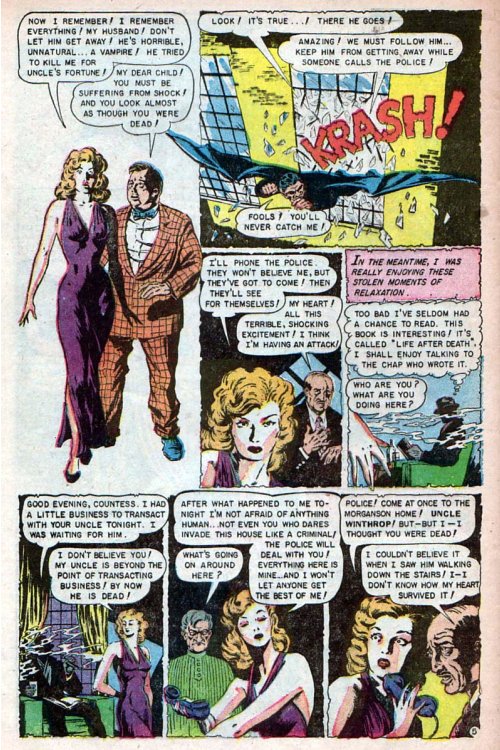 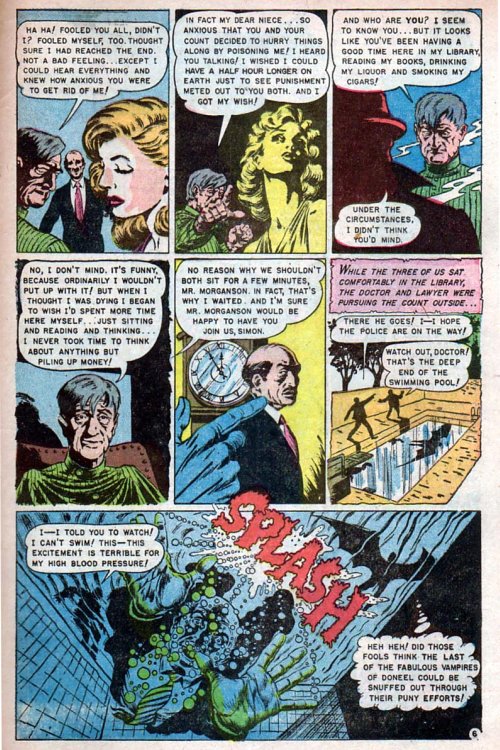 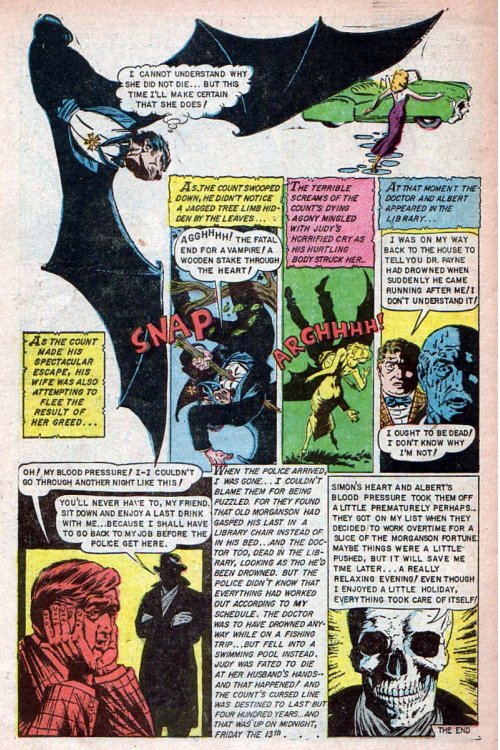 This bit of pre-Comics Code fun is from Hand of Fate #22 (1954), illustrated by Lou Cameron, who did over 200 stories and covers in every conceivable genre during his time in the comic book business!
His best-known work is a number of genre tales for Classics Illustrated including War of the Worlds, Time Machine, and Dr Jekyll & Mr Hyde!
He gave up illustrating and became a Western novel and non-fiction writer. 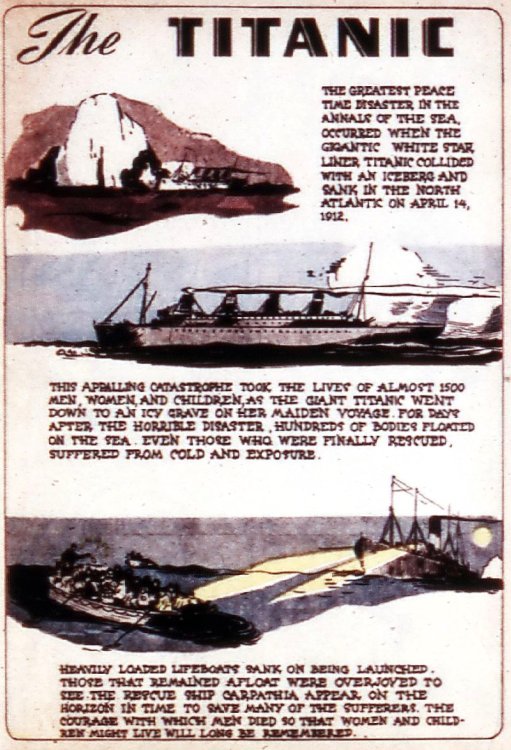 From Funny Pages #V2N3 (1937), this is the first of a number of comic book features and stories about the legendary tragedy, probably written and drawn by unknown creators who were probably children or teens when it occurred 25 years earlier!
The quality's not great because this is a scan from microfiche rather than a printed page, but it's a historically-important piece of pop culture, so...
BTW, I've never seen a copy of this comic book that wasn't "slabbed" (encased in lucite!).
Support Small Business!
Visit Our

You may agree (or disagree) with his politics... 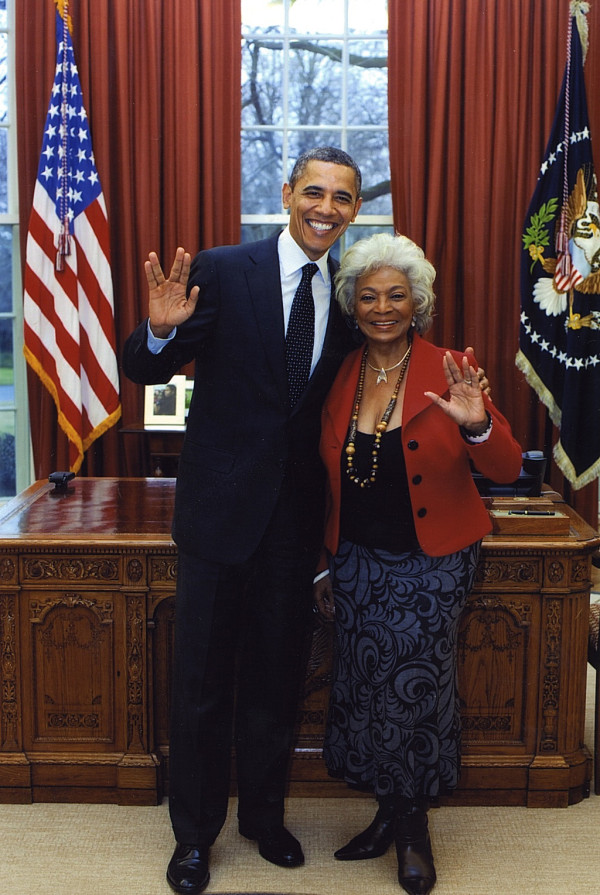 ...but you gotta admit, Barack Obama's got good taste when it comes to women and tv shows!
Read all about it HERE!
Is it just me or is this the happiest President Obama's looked in a long time?
Posted by Britt Reid at 4/11/2012 08:39:00 AM No comments:

Reading Room "Heritage of the Titanic" 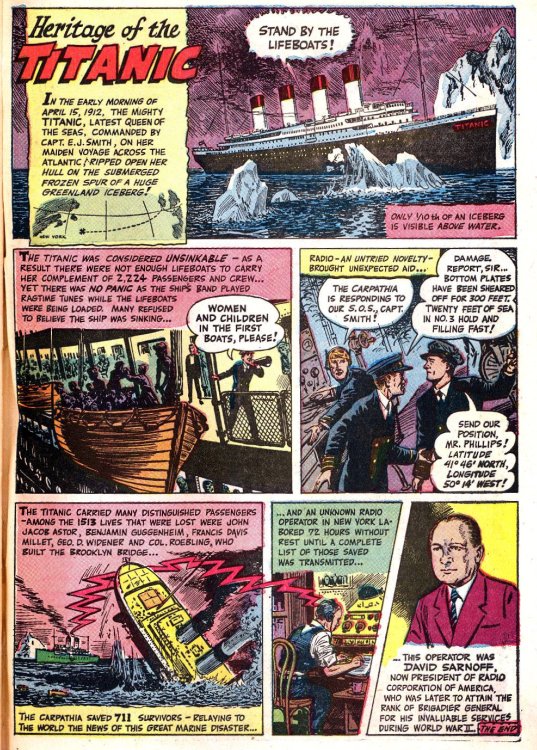 Bet you didn't know that!
Interestingly, there is speculation that this "fact" was just a piece of made-up publicity by Sarnoff himself.
(He was working at the telegraph station during that period, but may have been the supervisor for the actual telegraph operator.
Records on who-did-what are non-existent, so it's just anecdotal info.)
Regrettably, the writer and artist of this informative piece are unknown.
This one-page feature originally-published in the Ziff-Davis one-shot Captain Fleet (1952) was reprinted twice, in High Adventure #1 (1957) and Top Adventure Comics #1 (1958)
Support Small Business
Visit Our

Did you know 60 Minutes' Mike Wallace began on radio as the announcer for... 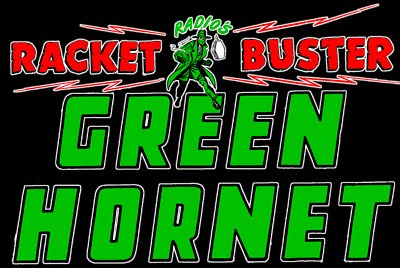 In 1941, a young announcer named Myron Wallace was working on a number of programs at WXYZ in Detroit, including handling narration on several live shows including The Green Hornet, as heard in this episode "Murder Across the Boards" from 7/5/41. (click HERE or the title to open and listen to the complete episode!)
Oddly, while the actors aren't identified on-air, the announcer (Wallace) is!
BTW, though it's believed Wallace also did occasional announcing duties on the Hornet's grand-uncle's show, The Lone Ranger, he never did!
Did Britt Reid's thrilling exploits inspire Mike Wallace to become a hard-hitting reporter?
The answers are in the ether...
Posted by Britt Reid at 4/09/2012 09:18:00 AM No comments:

Time for our annual Feast of the Marshmallow Peeps and the Devouring of the Chocolate Bunnies (always start with the ears)!

Our thanks to all of you who ordered goodies from Atomic Kommie Comics™ line of retro-design collectibles in our Exciting Easter section!
Posted by Britt Reid at 4/08/2012 01:01:00 AM No comments: