Many dealers and collectors are encasing their comics in Lucite to preserve them and raise their value.
All fine and well, but it makes it impossible to actually read the stories inside the covers!
And, to get the best quality covers to create the Atomic Kommie Comics™ kollectible kollection, I end up either borrowing / renting (Yes, you can rent comics!) or outright purchasing "slabbed" books that I don't already have in my collection.

So, to correct my lack of knowledge on some books, I'm finally registering with several of the on-line Golden Age comics archives who are, happily, keeping the stories and art of the 1930s-50s available to all.
First up is the Digital Comics Museum.
I'll let them speak for themselves...
We are the #1 site for downloading FREE public domain Golden Age Comics.
All files here have been researched by our staff and users to make sure they are copyright free and in the public domain.
To start downloading just register an account and enjoy these great comic books.
We do not charge per download and the goal of project is to archive these comic books online and make them widely available.
I couldn't have said it better, myself!
So, if you're a Golden Age fan, register and enjoy!

Design of the Week--Don Winslow of the Navy 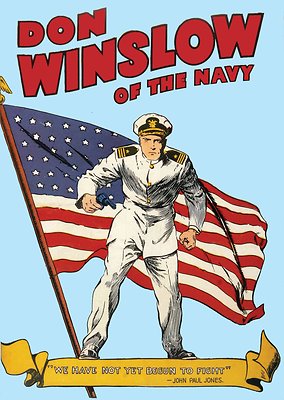 Each week, we post a limited-edition design, to be sold for exactly 7 days, then replaced with another!
Today, it's Don Winslow of the Navy, with Old Glory flying proudly behind him and a banner with John Paul Jones' famous quote below him.
It's a perfect Memorial Day gift for the WWII or Korea veteran in your life, kitschy, yet patriotic, and there are few of the Greatest Generation who didn't read the inspiring multi-media (comics, movies, radio, novels) star during that period! 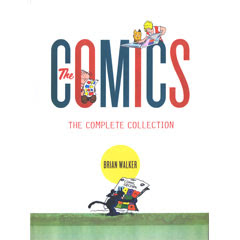 I go to Borders Books on a fairly regular basis.
Have a Borders Rewards account, and the coupons prove invaluable for saving money both for myself and for gifts!
This week's coupon was for dvd and music box sets.
While I didn't find the dvd set I was looking for (Torchwood: Children of Earth

, btw) I did find The Comics: the Complete Collection by Brian Walker (which combines the two previous volumes into one MASSIVE hardcover) for only...wait for it...$9.97! It's normally $19.99!

I collect these sort of reference books with abandon!
I have Smithsonian Collection of Newspaper Comics

, all Ron Goulart's books, etc.
But, up to now, even the reasonable $19.99 price point was just a bit much on my currently-tight budget.
But $9.97!!!
Even though I almost got a hernia lugging it home, it was worth it!

is a comic strip writer-artist himself (Beetle Bailey

) as well as the son of legendary creator Mort Walker

.
The book is filled not only with stuff from his family's personal collection, unseen by the general public, but stories and anecdotes that were previously-known only to industry insiders!

You're thinking, "Tisha Campbell? The woman from Martin

and My Wife and Kids

? Talented comedienne, but how does she qualify as a Fantastic Femme?"
Pretty damn easily!
Her first film appearance was as one of the "Greek Chorus" trio who sang plot points in the movie version of the Broadway musical Little Shop of Horrors

)
She's done other genre stuff as well, primarily animation voices.
So, there!

(Ebony Sable)
Down to Earth 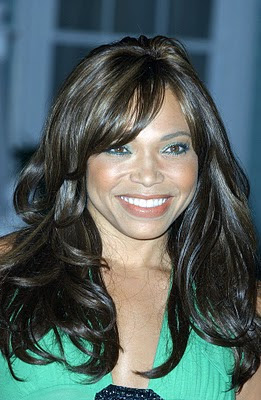 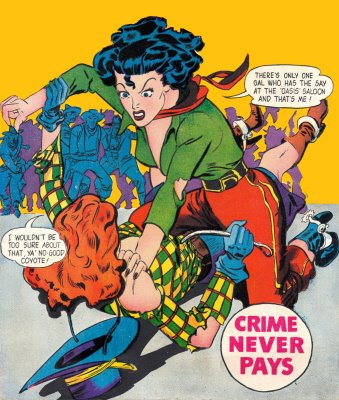 Western Comic Adventures™ has expanded the Women Outlaws section!
Twice as much female mayhem set in the Old West as before!
Twice as much gunplay!
And now...catfights!
(and there are those who say we're not subtle at Atomic Kommie Comics™!)
Posted by Britt Reid at 4/13/2010 12:44:00 AM No comments:

Before The X-Files, there was...Quatermass!

I've wondered where some of The X-Files'

wilder concepts really came from.
Chris Carter has acknowledged a variety of influences including The Twilight Zone

and Kolchak: the Night Stalker.

Curiously, while there's a lot of mood and atmosphere directly attributable to those sources, there's very little of the actual concepts or plots from them in The X-Files. 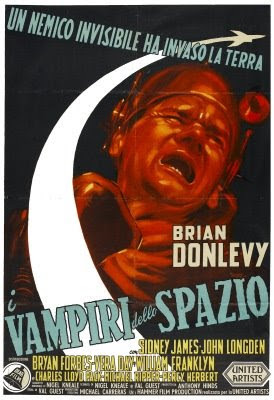 This is not the case with another sci-fi series...
The 11th Hour Web Magazine did a story about similarities between key plot points of The X-Files (both the series and first feature film) and a group of four tv mini-series from England (all of which were also made into feature films) about Bernard Quatermass

, a scientist fighting both aliens from beyond and his own disbelieving government superiors! (sound familiar?)
Read the article, then continue... 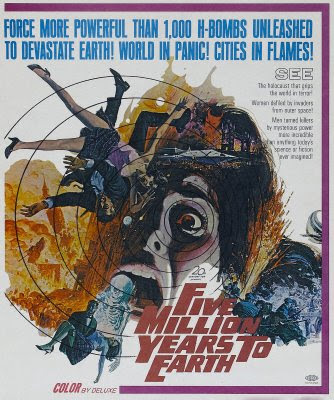 Whether or not the copying was deliberate, it's there! (IOHO, I agree it's more than coincidental!)
Thus, we consider Nigel Kneale's Quatermass series to be the direct ancestor to Chris Carter's X-Files both in concept and content.
In that spirit, we at Atomic Kommie Comics™ present a group of the posters of the predecessor series to The X-Files including...
The Creeping Unknown (Quatermass Xperiment)

, and Five Million Years to Earth (Quatermass and the Pit)

on a variety of kool kollectibles!
We've been unable to find a poster for the final movie, simply titled Quatermass

, which had a brief run in the US. It was an edited version of the final miniseries entitled Quatermass Conclusion,

which ran in England, and is not a remake as the other films were! 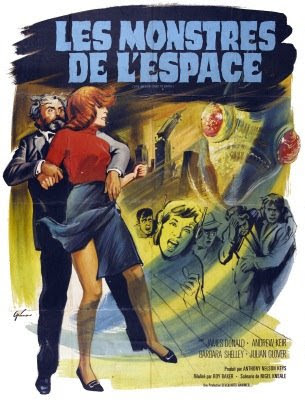 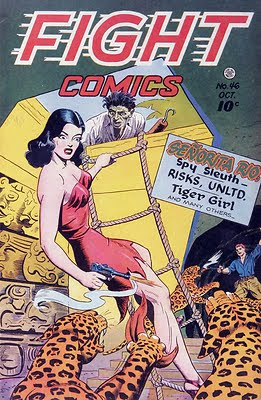 (who most people don't realize was Hispanic-Irish-American! Her real name was Margarita Carmen Cansino), Señorita Rio started as a backup feature in Fight Comics #19 in 1942, and took over the cover slot as of #37 for a year.
After that, she remained as a backup, at least, until #71 came out in 1951, as the series ended with her retiring from espionage and returned full-time to her acting career.

The first few Señorita Rio stories were illustrated by noted Golden and Silver Age artist Nick Cardy, but the bulk of her tales were rendered by one of the few female comic book artists of the era, Lily Renee, who did spectacular work in every comics genre: sci-fi, adventure, superhero, war, western, horror, and romance! 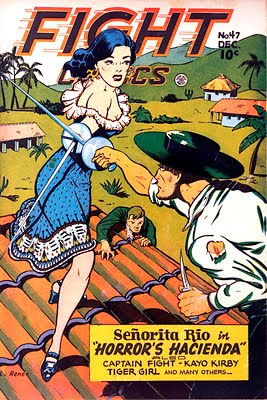 If you're a gal who wants to show off a classic example of female empowerment, a guy who's confident enough in his masculinity to display a strong (and voluptuous) woman, or someone who wants a spectacular Cinco de Mayo gift for a pop-culture-oriented loved one, head over to see Señorita Rio!
Just make sure to tell her you're on the Allied side. She can be a bit trigger-happy!
Posted by Britt Reid at 4/11/2010 02:23:00 AM No comments: