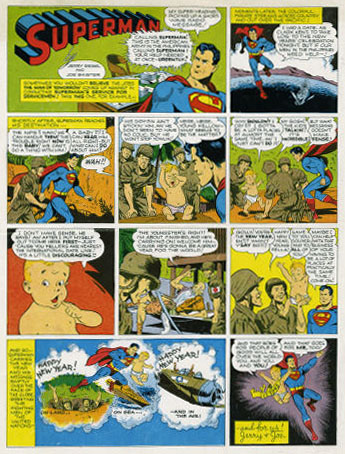 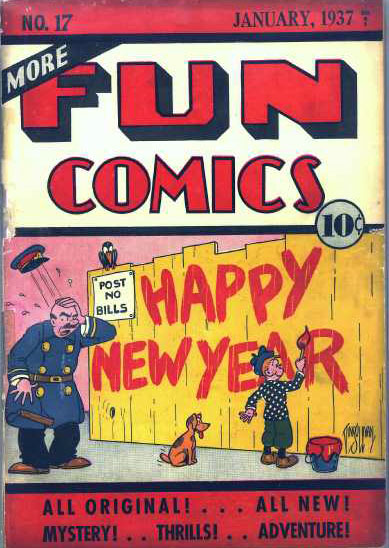 Happy New Year's Eve!
In a first for us, all three blogs are running related posts the same day!
Check out Femmes Fantastique™ and Hero & Heroine Histories™ for the others!
Posted by Britt Reid at 12/31/2010 03:33:00 PM No comments: 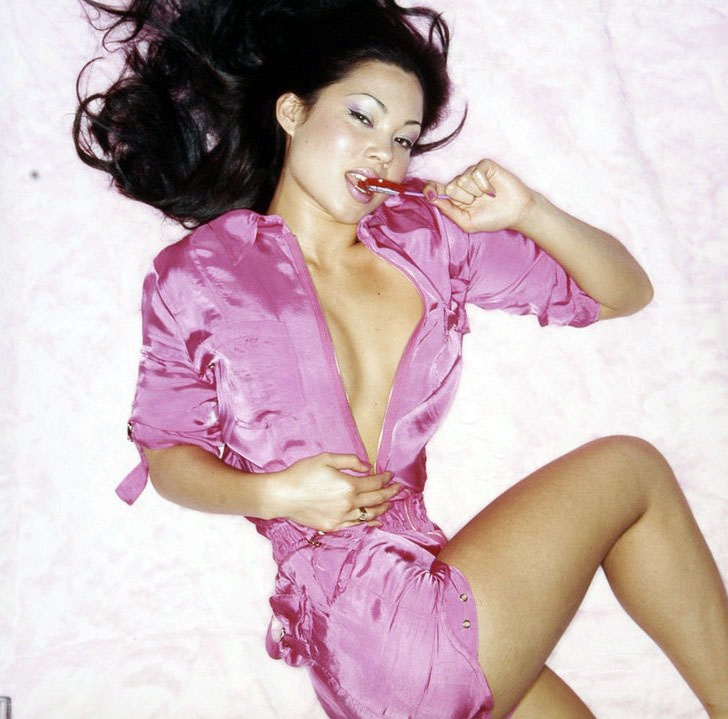 A lovely familar face to genre fans due to ongoing roles on Beastmaster and Farscape, Natalie Jackson Mendoza survived The Descent and made it thru most of the sequel film, but the perils of Spider-Man: Turn Off the Dark have done her in!
She had already been injured at the production's very first preview performance, but continued like a trouper until December 20th, when fellow performer  Christopher Tierney suffered major injury. At that point, she said "Enough", and despite her extensive conceptual work on the look and movement of the original character Arachne, decided to leave the problem-plagued production.

(Juno Kaplan)
Doctor Who "Girl Who Never Was"

Check out...
Oddly enough, there are NO fanpages for this talented actress!
If you know of one, e-mail me and I'll update this entry! 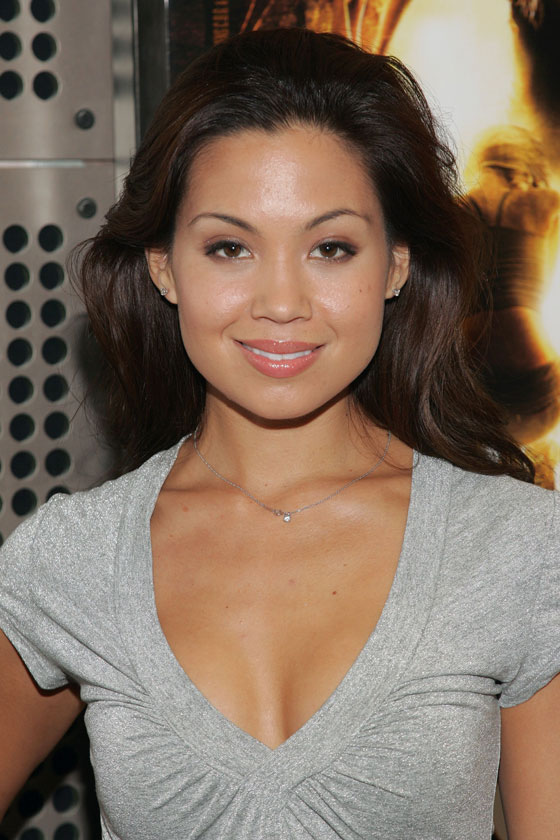 The role of Archana in Spider-Man: Turn Off the Dark will be assumed by America Olivo. Presuming she survives, we'll cover her in a future Fantastic Femmes entry! 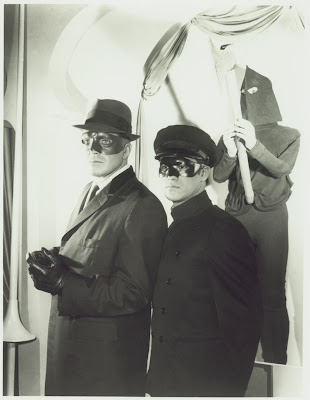 When a local wax museum updates it's displays to include The Green Hornet and Kato, the wax figure of the previous "star" exhibit, The Scarf, apparently comes to life and resumes his murderous ways!
One of the weirder shows in the series, heavy on mood, no fight scenes, and no appearance of The Black Beauty!
Legendary horror film star John Carradine as museum researcher (with an ominous secret) James Rancourt was the only famous guest-star on the series. Unlike Batman, where famous performers from Tallulah Bankhead to Liberace were given villain roles written especially for them, Green Hornet used dependable, but little-known, character actors as villains.
Side Notes:
John Carradine had been considered for the role of The Joker on Batman, but his poor health precluded his doing the role.
SPOILER (sorta): The Scarf's statue really should have shown a younger version of Carradine. Since it looks just like the elderly James Rancourt (albeit with a Van Dyke beard) played by Carradine, it's obvious who The Scarf really is from the very beginning!
The music score written specifically for this episode was never reused! (Most of the music on the series was reedited and reused in at several other episodes besides the ones they were originally written for.)
Background info on a number of the unnamed city's villains from the early 1900s up to the late 1940s, when The Scarf disappeared, is presented during a tour of the museum, but there's no mention of an earlier Green Hornet. So, the mention of gangster Glen Connors framing Britt Reid's father in "Frog is a Deadly Weapon" doesn't refer to Reid Sr being the 1940s Hornet. What the elder Reid had been blamed for is never explained.
Here's the 23rd filmed and aired episode..."Alias the Scarf".

Green Hornet Comics #24
Digitally-restored and remastered from the actual comic books (not second-gen pix from reference books or low-rez Internet files), these kool prints area available from comic-book cover size to 16"x23" on a variety of papers and canvas!
Choose from...

Four Color Comics #496
(His Final Golden Age appearance!)
Select any (or all) or combine them with the Silver Age Green Hornet Comic Cover Prints or the Green Hornet & Kato 1960s Pop Art prints!
With a brand-new feature film opening in just a couple of weeks, now's the time to feel the buzz!
Posted by Britt Reid at 12/28/2010 11:03:00 AM No comments:

After Christmas, our entertainment tastes run to a hefty dose of mayhem to wash the sugary taste of all those other Yuletide movies and tv shows.
Besides both versions (1974

) of Black Christmas,which are fun, but basically just mad-slasher pix with an Xmas setting, we at Atomic Kommie Comics™were in the mood for something a bit more...supernatural.
Why should Scrooge have all the holiday fun with specters and supernatural beings?
So, we've cuddled by the fireplace and watched Santa's Slay

Santa's Slay postulates that Santa is actually the Son of Satan, who lost a bet with an angel and was forced to be NICE to children on Christmas for a millennium.
But the bet's 1,000 year time-frame has just expired, and Santa's eager to make up for lost time!
WWE wrestler Goldberg is absolutely hysterical as Satan's Son. Robert Culp, in one of his final roles, is entertaining as the crabby angel who tricked Santa and is awaiting his return.
The rest of the cast get into the insane spirit of the project, and the cgi FX, though low-budget are surprisingly-effective!
It's snarky!
It's silly!
It's now on our annual must-see Christmas film list, along with the 1971 animated Christmas Carol

, and Santa Claus Conquers the Martians

The other flick, Rare Exports, is not out on DVD, yet. It's playing at arthouses throughout the US.

In this one, a huge demonic figure who looks a lot like a cross between Santa Claus and Krampus has been buried for centuries in Scandinavian tundra. Americans come along, inadvertently unearth him, and mayhem ensues.
While played straighter than Santa's Slay, it's just as much fun, and even more gruesome!
Catch it in theatres now, then go for a healthy dose of post-theatre glogg!

Design of the Week--Green Hornet's Coming At Ya! 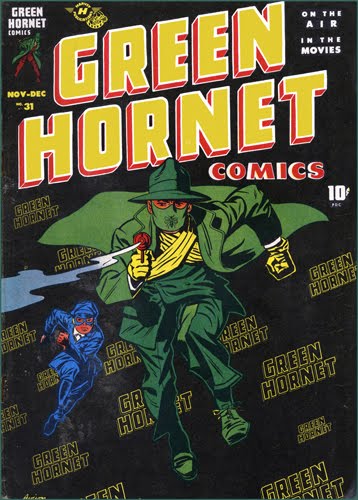 Each week, we post a limited-edition design, to be sold for exactly 7 days, then replaced with another!
Well, The Green Hornet

collectible series had proven to be a major success, so why fight it?

With the upcoming big budget movie due out in a couple of weeks, we're proud to present our own contribution to the growing buzz over the revival of the classic character...a kool symbolic cover from 1946's Green Hornet Comics #31 featuring The Green Hornet and Kato charging towards the reader!

Available on t-shirts, messenger bags, mugs, and other kool kollectibles, this particular cover isn't on our main product line of Classic Green Hornet collectibles.
But it's the perfect Secret Chic sweatshirt, t-shirt or bag to take to a screening of the new flick, so pick it up now, before it goes back into the nest!