While all the other major characters on Fringe have met their dimensional counterparts, the two Astrid Farnsworths hadn't...until last night!
Next to John Noble's Emmy-level performance as the two diametrically-opposite versions of Walter Bishop, Jasika Nicole's portrayals of the different, yet similar, Astrids meeting each other is one of the high points of the season.
If you missed it, catch the rerun of the ep, "Making Angels", when it airs or watch it on Fox's Fringe website.
Posted by Britt Reid at 2/04/2012 06:30:00 PM No comments:

The Return of Hammer Films: The Woman in Black

From the mid-1950s to the late 1970s, Hammer Films was synonymous with quality horror movies.
With a stock company of British thespians led by Christopher Lee and the late Peter Cushing, Hammer Films presented what I call "elegant horror", with quality writing (primarily by Jimmy Sangster), great acting, wonderfully-bloody (but never gory) special effects, superb cinematography, and incredibly effective (and surprisingly-economical) production design.
After a period of dormancy and a couple of false starts, the studio returns to scare the s#!t out of you with a new, kool, retro-style shocker, The Woman in Black.

Arthur Kipps (Daniel Radcliffe), a widowed lawyer whose grief has put his career in jeopardy, is sent to a remote village to sort out the affairs of a recently deceased eccentric.
But upon his arrival, it soon becomes clear that everyone in the town is keeping a deadly secret.
Although the townspeople try to keep Kipps from learning their tragic history, he soon discovers that the house belonging to his client is haunted by the ghost of a woman who is determined to find someone and something she lost… and no one, not even the children, are safe from her vengeance.

BTW, we're presenting the British comic adaptations of the classic Hammer Studios films at our "brother" blog Secret Sanctum of Captain Video™!
If you're a fan of classic horror, sci-fi, or adventure, they're a must-see!


Welcome back, Hammer.
We missed you!
Support small business!
Visit the 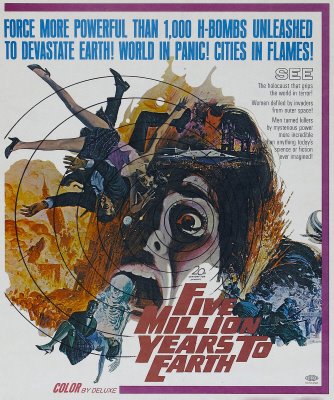 You thought the SpaceBusters story ended with the book's cancellation after #2?
Nope!
Though the publisher (Ziff-Davis) went out of business, the published (and unpublished) material ended up at several other companies, including St John Publishing.
This particular story features the uniform and weapon designs from SpaceBusters #1, before Murphy Anderson was brought on board for #2 and revamped everything to look more like his work on the Buck Rogers newspaper comic strip.
Bernie Krigstein illustrated this story, as he did all the tales in SpaceBusters #1.
Oddly enough, though the aliens invading Mars remained "Belzarians" and the Terrans were referred to as "Earthians", the heroes went through a name-change.
Blond and blue-eyed Captain Brett Crockett received a new name, becoming "Captain Andall", while his balding and mustached sergeant, Bolo, became "Sgt Bala".
And the nickname "SpaceBusters", used incessantly in the two issues of the series, is nowhere in sight... 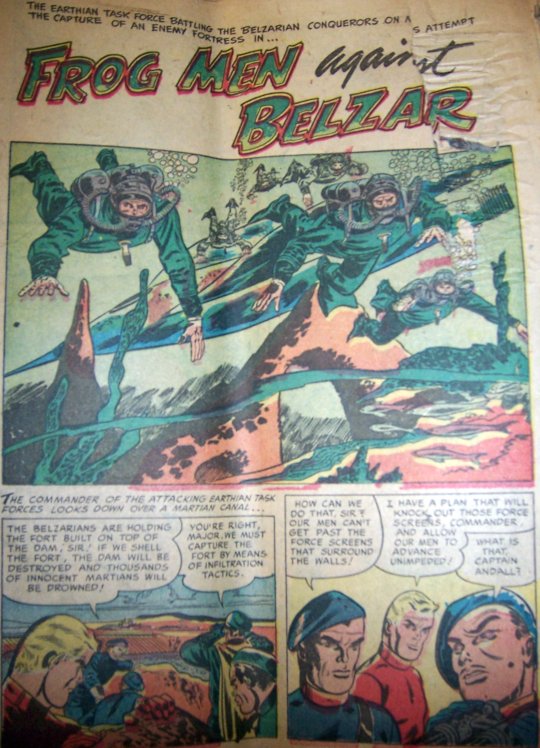 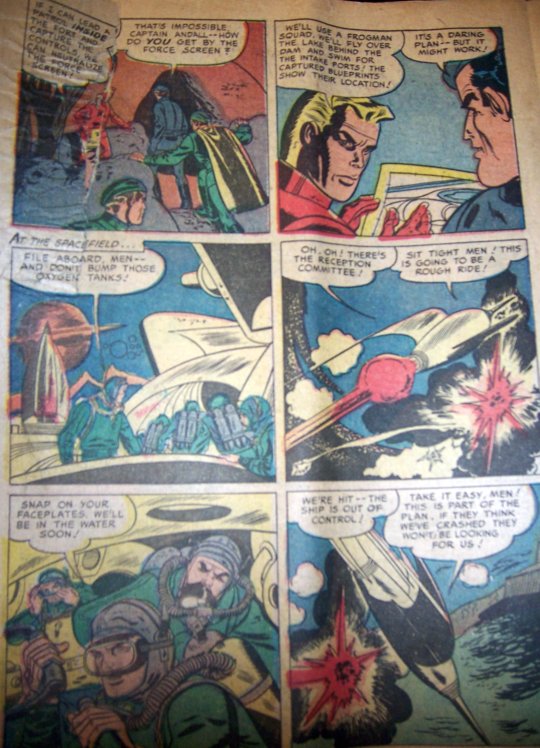 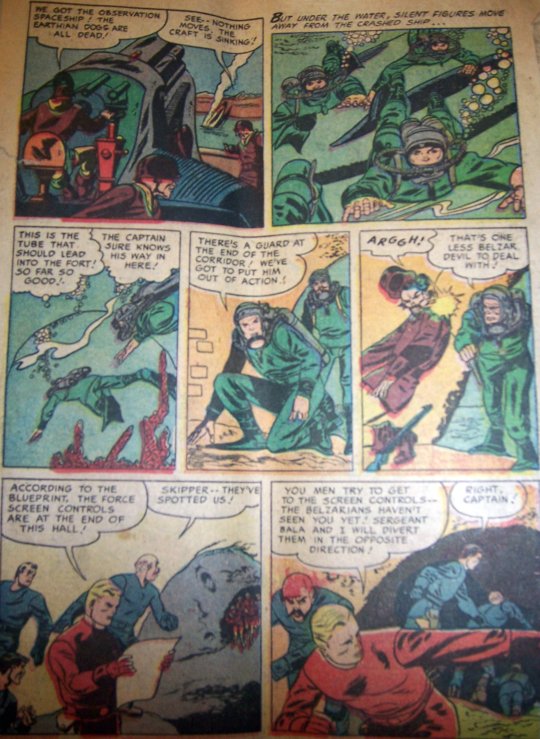 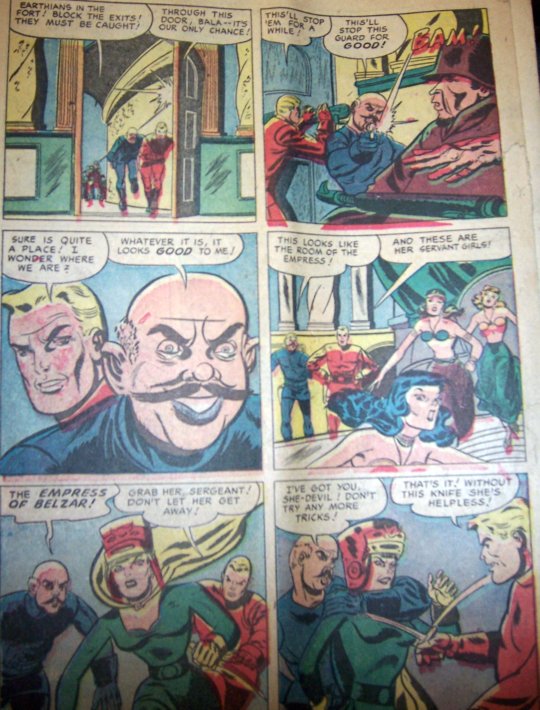 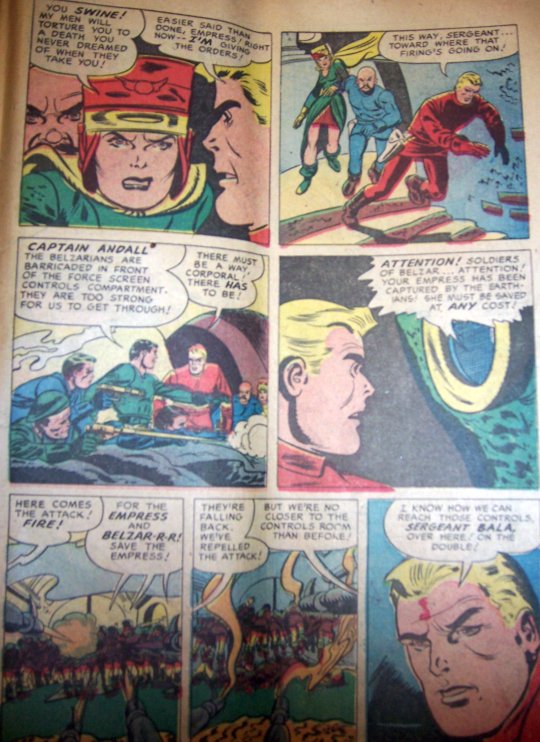 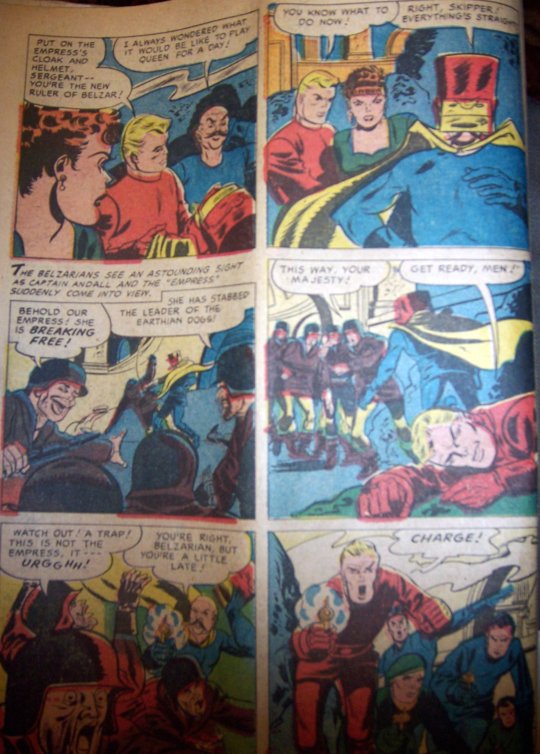 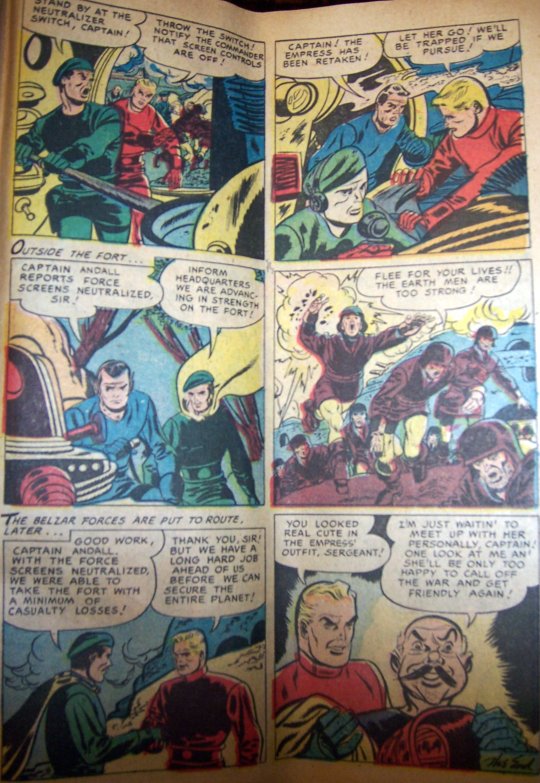 The story saw publication three times in ten years, ironically making it the most-printed of all the SpaceBuster tales!
First in Daring Adventures #6 (1954) from St John (where it was not the cover feature).
Then, it was reprinted in Great Exploits #1 (1957) by Ajax/Farrell (who purchased some of St John's material when they left the comics business to concentrate on magazines), where it finally became the cover feature (as seen at the top of this post).
Finally, it was reprinted in 1964 by Super/IW Comics, with a new cover by Ross Andru and Mike Esposito. 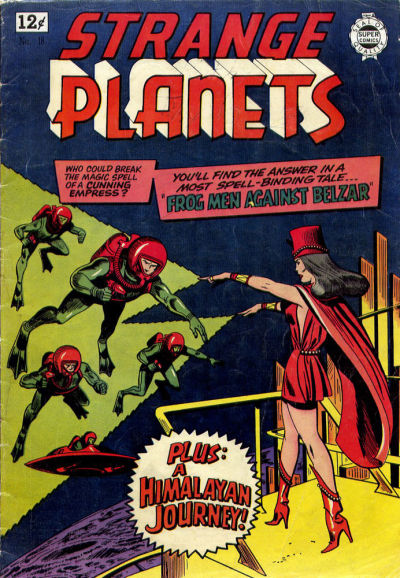 Side note; I really enjoy playing detective, piecing together clues to discover "lost" items like this, or to correct historical inaccuracies like who really was the first Black superheroine.
Support Small Business!
Visit the 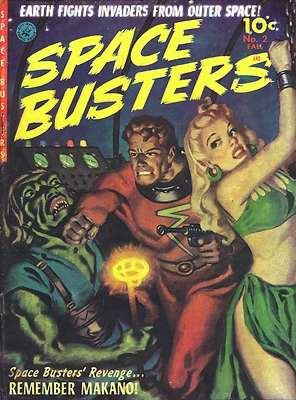 We at Atomic Kommie Comics™ know that the path of love is not always smooth, especially in wartime.
In tribute to the brave men and women of the armed forces, we've created a new section of True Love Comics Tales™ about military-based love comic books entitled WarTime Love™ just in time for Valentine's Day featuring greeting cards, teddy bears, clothing and a host of other goodies with vintage retro-style romance comic cover art.
Show your beloved, be they an officer, noncom, or GI Joe (or GI Jane) that you're thinking of them on Valentine's Day.
A Public Service message from Atomic Kommie Comics™ 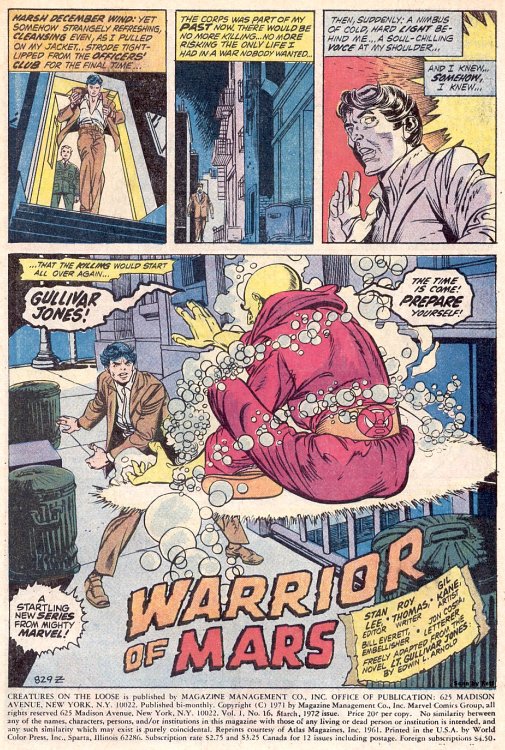 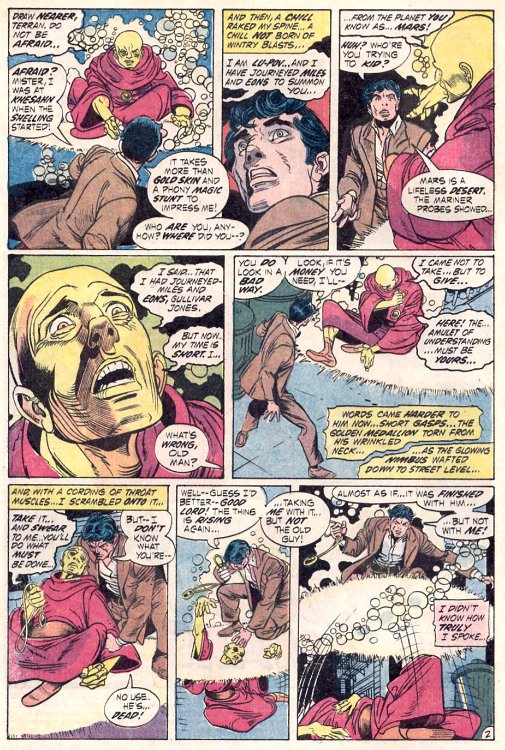 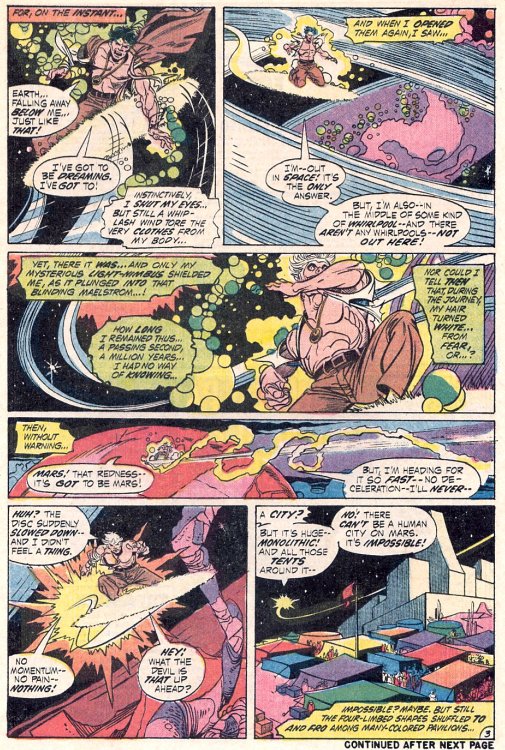 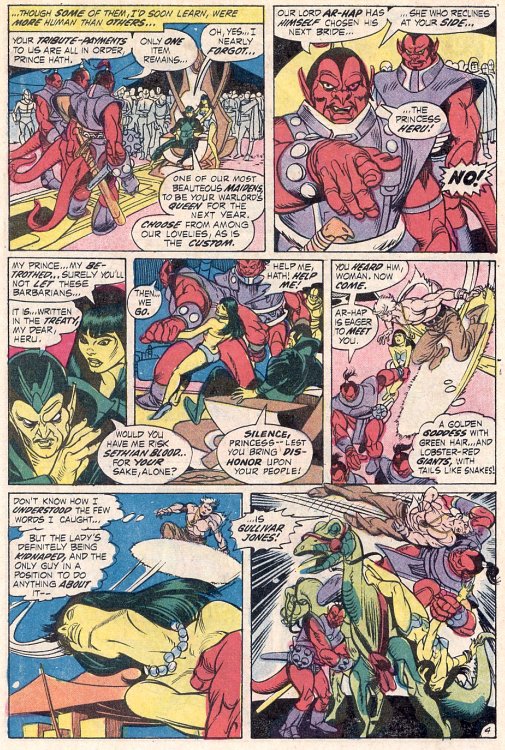 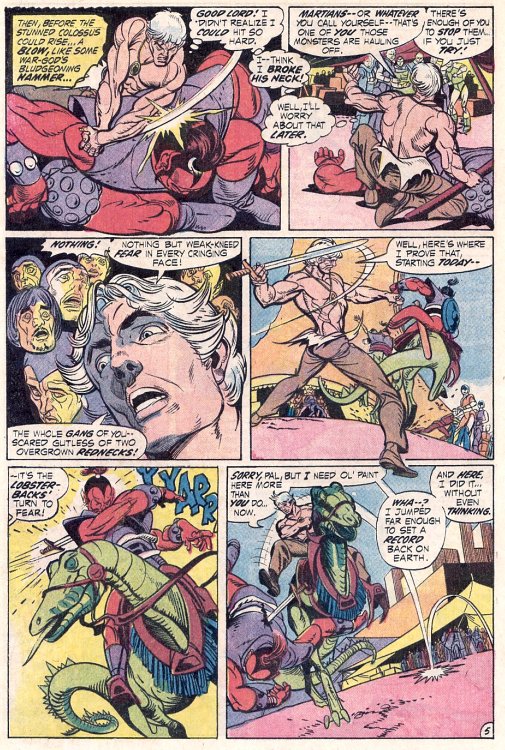 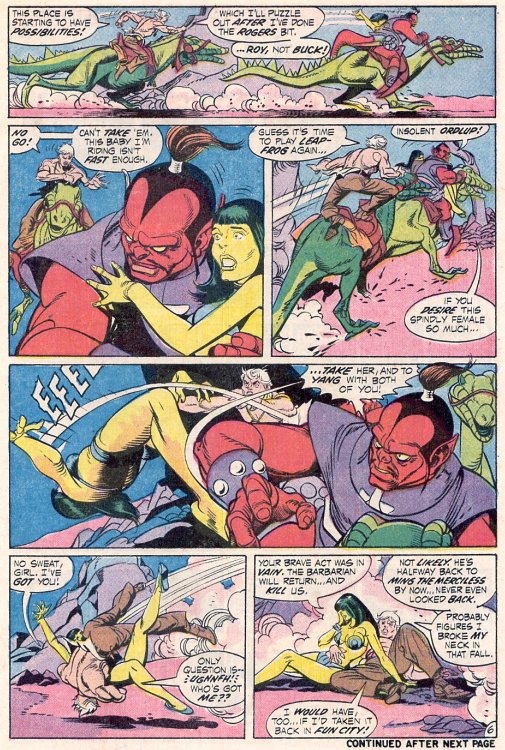 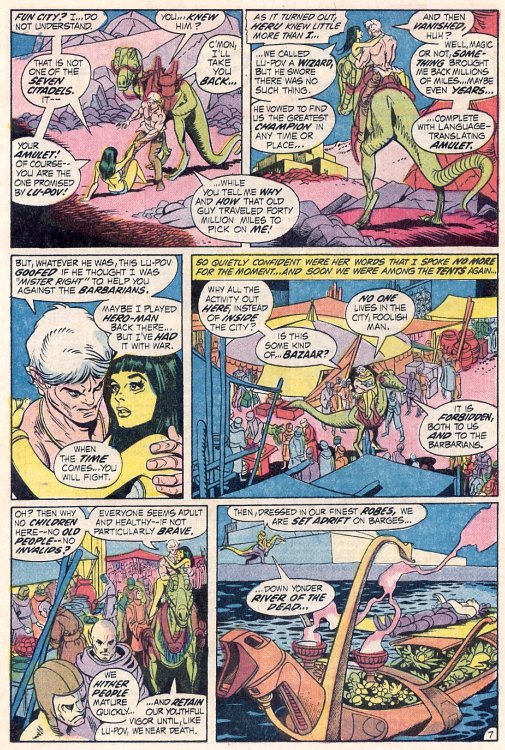 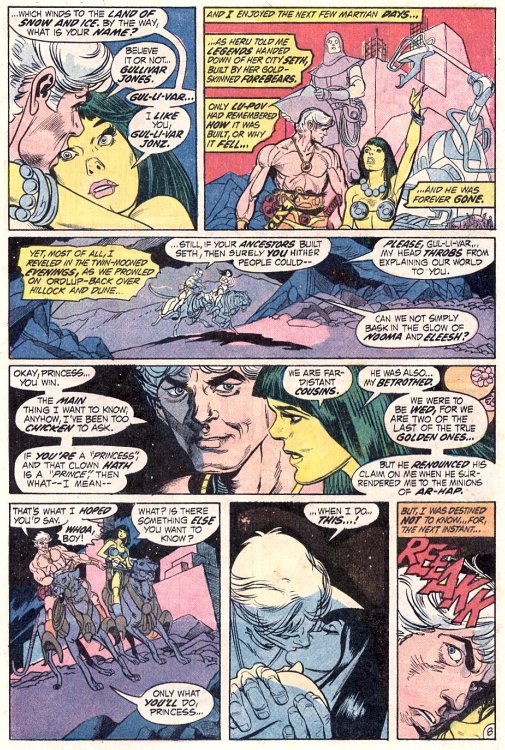 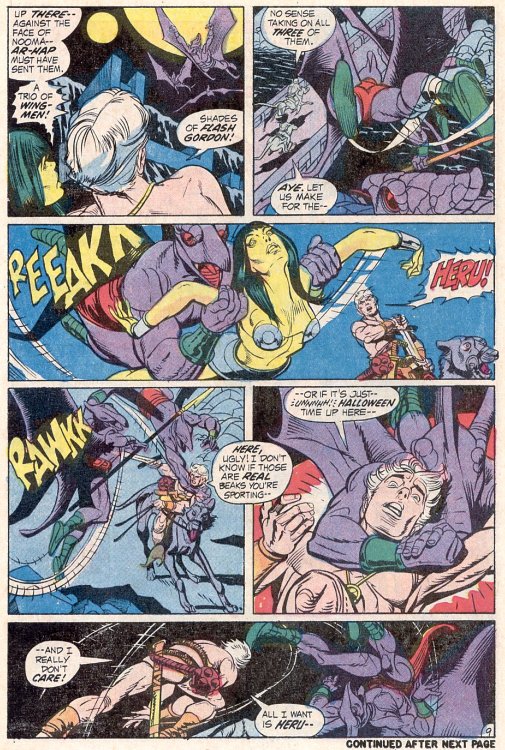 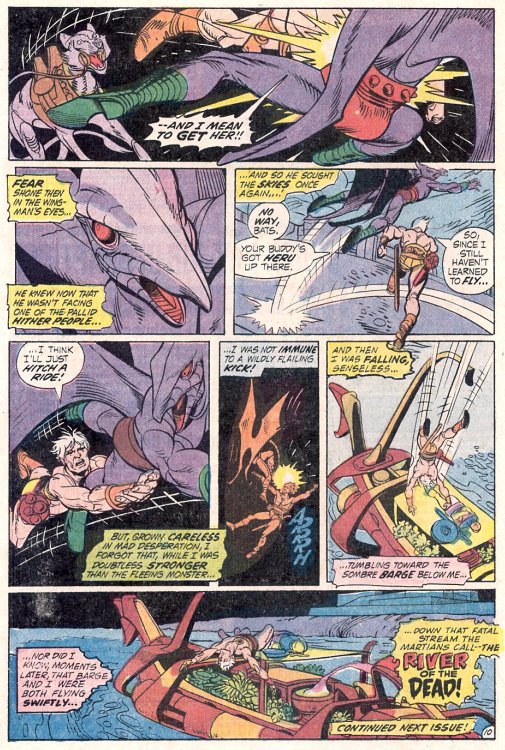 3-D Sweeps thru RetroBlogs Next Week!

With Star Wars I: The Phantom Menace being released in 3-D next Friday, Feb. 10th... 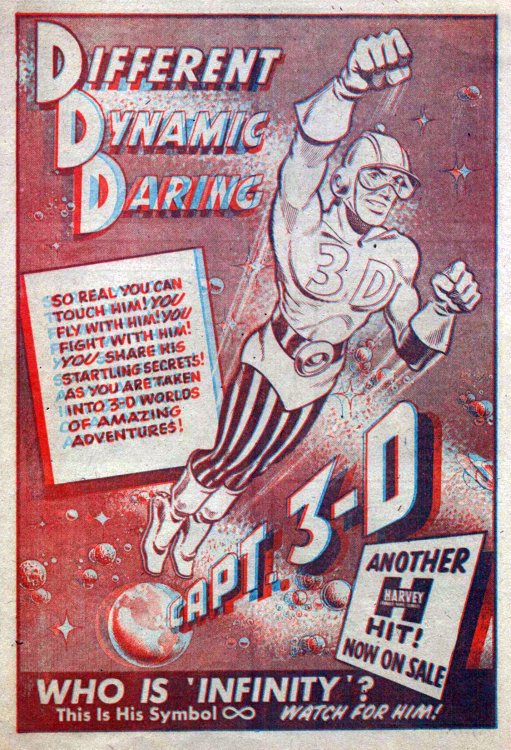