Design of the Week--Barbarella: Queen of the Galaxy! 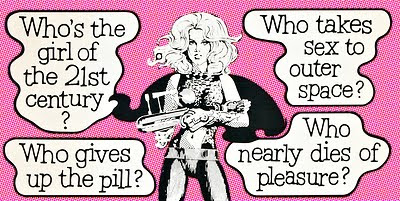 Each week, we post a limited-edition design, to be sold for exactly 7 days, then replaced with another!
This week..one of the sexiest sci-fi sirens of the Sixties; Barbarella

, as personified by Jane Fonda!

The sexually-liberated heroine of a French comic strip

by Jean Claude Forest, the character was visually-based on Brigitte Bardot, who was offered the movie role but turned it down (picture "Bardot IS Barbarella!" on the posters).
It's hokey, entertaining, and surprisingly, considering the sexual content (but little nudity), PG-13 fun!
While it was both a critical and box-office failure in the 1960s, the movie became a video store staple on vhs and dvd, and often plays in midnight movie showings!

The movie was shot in two languages (English and French) simultaneously. The bi-lingual Fonda did all her own dialogue in both versions while the other actors were dubbed in their non-native tongues.
The rock band Duran Duran's name was taken from mad scientist Durand-Durand. Milo O'Shea, who played the character has appeared in one of the band's videos, Arena

, as Durand-Durand!
A remake is currently in Development Hell.
But this design isn't! And it's perfect summer beachwear for the pop culture-savvy! So grab it while you can!

Moody cover by Francesco Francavilla for #5 of the companion comic mini-series to Green Hornet: Year One 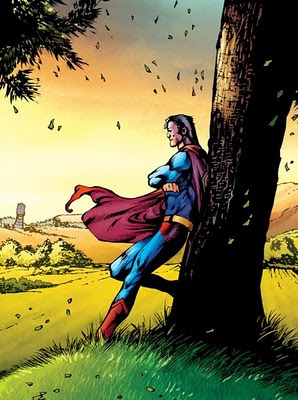 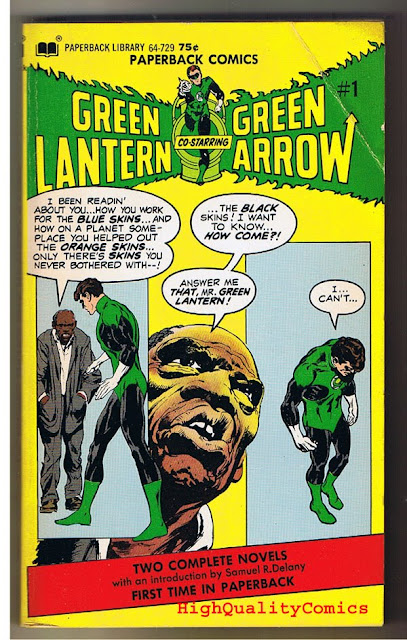 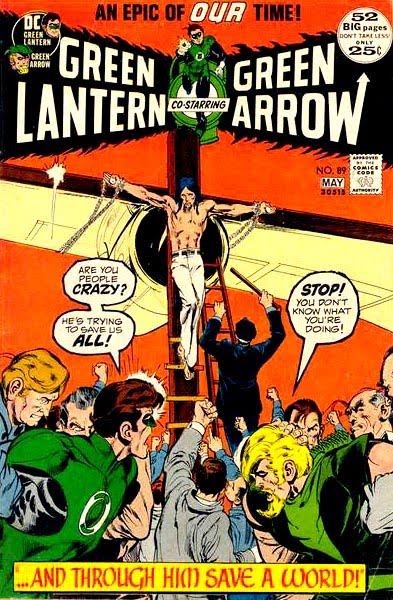 Cover for the final issue of the mini-series

detailing the origin of The Green Hornet 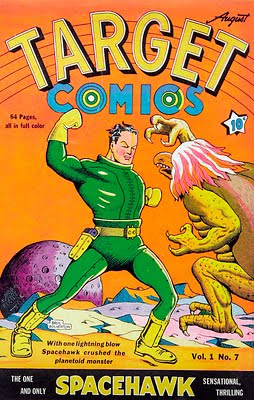