Two items I've recently acquired that have proven invaluable...
1) I have a huge collection of old radio shows and "kids" records on vinyl, including stuff not available on-line or on cd (like the Raiders of the Lost Ark: the Movie on Record, a 1981 release with dialogue, music and sfx from the film and NO narration!). With the ION USB TurnTable, I rip those old albums to cd with ease using Audacity (for my personal use, only, of course)! (Believe it or not, I don't have an IPod, and don't want one. I much prefer my cassette and cd walkmans!) Got it at Costco for under $100!
2) And in terms of listening to those walkmans (walkmen?), I found I had to wear a bulky pair of over-the-ears studio headphones to get decent bass for, among other things, soundtracks by Korngold, Williams, or Goldsmith (Robin Hood, ESB, and STtMP, respectively). Not the most comfortable things to wear in the dead of summer while commuting...
I looked around for smaller headsets, and ended up getting a pair of V-Moda Bass earbuds.
BEST bass I've ever heard in buds (I no longer have to use the bass-boost setting on the walkman), plus they effectively block outside sound (very important in the subway!).
Posted by Britt Reid at 7/26/2008 10:07:00 PM No comments: 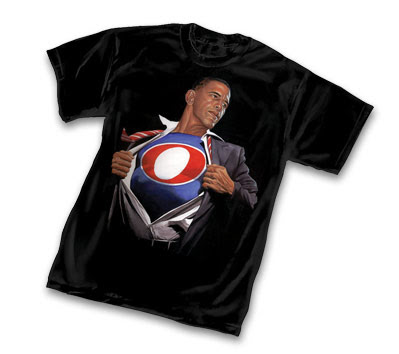 Take super-star artist Alex Ross.
Add super-politican Barack Obama.
What do you get?
Officially, it's called Obama: Time for a Change.
In reality, it's the coolest Presidential campaign shirt in history!
Buy It! NOW!
Wear it proudly!
'Nuff said.
Posted by Britt Reid at 7/25/2008 10:52:00 PM 1 comment: 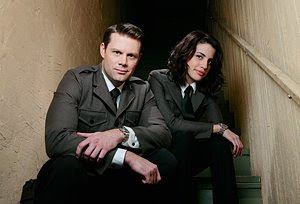 Long before The MiddleMan and teen sidekick Wendy Watson battled video weirdies with advanced technology, another Eisenhower-jacketed, square-jawed hero and his teen sidekick battled aliens, robots, and the occasional specter.
I'm speaking of Ed Norton's Mutual Television idol, the one and only Captain Video and the Video Ranger! In the early 1950s, they used futuristic technology to keep Earth safe on a daily basis. (But with a much lower budget! Weapon props were constructed from literally whatever was at hand in the studio including flashlights, fire extinguishers, and leftover vacuum tubes!) Even so, his legend continues to this day as his name is still synonymous with tv space adventure/sci-fi. 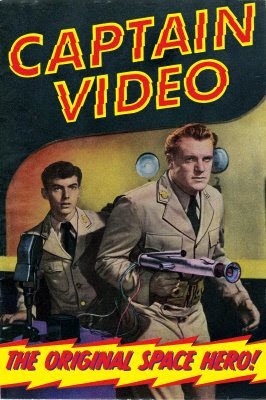 We at Atomic Kommie Comics™ still remember Captain Video, and now happily reintroduce him to the audience who watches his proud descendant, the MiddleMan! (and the extremely-cute Natalie Morales!) ;-)
Posted by Britt Reid at 7/21/2008 07:37:00 PM No comments: