Yeah, they're a little late for beachwear, but these kool waterproof flip flops featuring classic comic book and animation art are perfect for dormwear, gym shower and swimming pool use, or just heading out for a quick bite.
They're waterproof and come in mens', womens', and kids' sizes.
We're just starting up so there are only about 9-10 designs at the moment, but more are being added every few days, so keep checking HERE for NEW stuff including sci-fi, horror, Halloween and Christmas designs!
Posted by Britt Reid at 9/03/2011 10:28:00 PM No comments:

There's an ongoing debate at SpinoffOnline about the further revisions being made to the Star Wars series for it's release on Blu-Ray.
I added my two cents...


Re-doing elements now, over 35 years later in the case of the first film, alters both the intent and thrust of the movie.
If you look at the novelization of the first film (by Lucas and Alan Dean Foster from Lucas' screenplay), many story aspects, including the Emperor, the Fall of the Republic, and the Luke/Leia relationship (you can't believe they're brother and sister in the novel or film) are vastly different than what resulted, decades later, in the prequels.
That's because Lucas himself is not the same person he was back in 1976.
He's changed.  In some ways for the better.  In some ways for the worse.  We all go thru it.  But when we have a mid-life crisis, we don't have the money to change an entire universe to suit us.  He does.
Imposing that current, altered, worldview on his earlier works seems...ill-advised.
It was dumb when his buddy, Steven Spielberg, digitally-removed guns from goverment agents' hands and replaced them with walkie-talkies in the video release of ET for no real reason except that, years later, he had little kids, and like any overprotective parent, he overreacted.
It was character-altering when Lucas had Han shoot second in the Cantina, making him less of an opportunistic sleezeball than he was originally-shown to be...by Lucas himself!
And, it was sad, that, instead of just "cleaning up" the Oscar-winning fx of the first Star Wars, he replaced the Oscar-winning sfx with digital work that, a decade later, looks dated.

In early October, we'll be adding a couple of new blogs to the RetroBlogs™ family...

...covering comics that may offend, repulse, or titilate you (depending on your preferences).
Will include a selection of material denounced by Dr Wertham!
...featuring private eyes, spies, lawyers (both district attorneys and public defenders)!
And, of course, Sherlock Holmes!
NSfW Comics
(Not Safe for Work)
Logo not finalized
Exactly what the name means!
Includes nudity, and will be a restricted (18+) blog.
Seduction and Crime will be weekly.
NSfW Comics will be bi-weekly.
In October, the new lineup will be...
Atomic Kommie Comics™
Daily
Hero & Heroine Histories™
Semi-weekly
Secret Sanctum of Captain Video™
Semi-weekly
Western Comics Adventures™
Mondays
Crime & Punishment™
Tuesdays
True Love Comics Tales™
Wednesdays
Seduction of the Innocent™
Thursdays
War! Past, Present & Future™
Fridays
NSfW (Not Safe for Work) Comics™
Bi-weekly
Femmes Fantastique™
Infrequent
Posted by Britt Reid at 9/01/2011 11:20:00 AM No comments:

Email ThisBlogThis!Share to TwitterShare to FacebookShare to Pinterest
Labels: blog, Crime and Punishment, Not Safe for Work, retro, RetroBlogs, seduction of the innocent, vintage 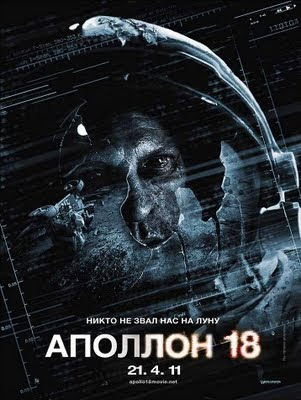 With Apollo 18 opening this week, let's have a look at another movie about Lunar loonies...MoonTrap, a "lost" direct-to-video flick from 1989 starring Walter (Ensign Chekov) Koenig in his only starring role, along with B-movie legend Bruce Campbell, battling aliens on the Moon! 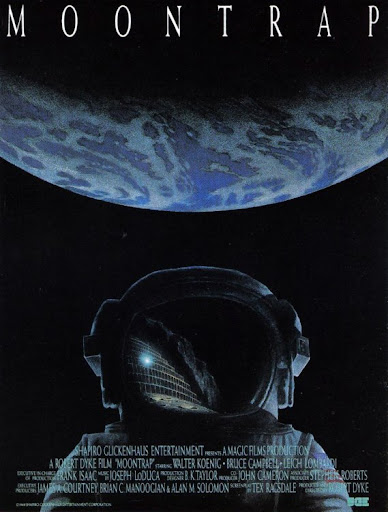 Here's the trailer...
Don't remember it?
Not surprising!
Unless you happen to have a vhs cassette of it, or a copy of the comic book adaptation (which we're currently re-presenting at our "brother" blog, Secret Sanctum of Captain Video™) you probably never even saw it!
It's not currently available on Region 1 DVD/BluRay, so the only way you're going to see it is on a DVD-R/used VHS/comic book.
Which is a shame, because, despite the B-movie budget, it's a real hoot!
The pre-CGI effects are pretty well done, and both script and acting are well above the typical SyFy Saturday night crap.
Well worth the effort of tracking down. 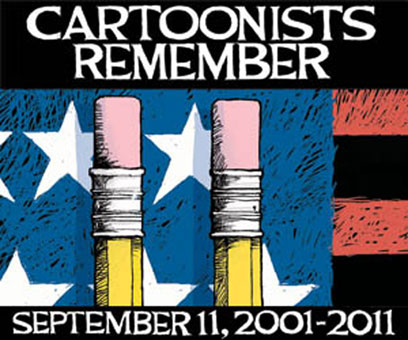 The major comic syndicates have rallied their cartoonists to dedicate their strips on Sunday, September 11, 2011, to pay homage to those who lost their lives or were injured in the 9-11 terrorist attacks.
All of the nearly 100 participating strips, many of which appear on Sunday newspaper editions in color in their own special pullout section, will have an overarching September 11 remembrance theme. 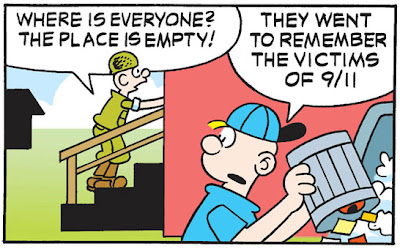 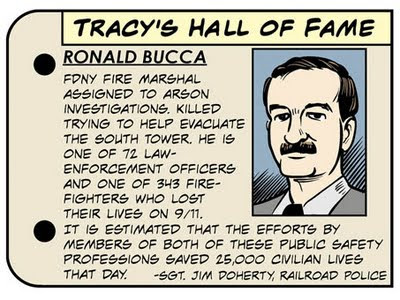 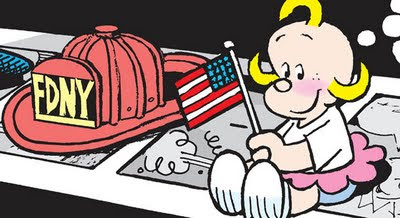 Since it's Jack Kirby's Birthday, we're presenting some kool odds n' ends from... 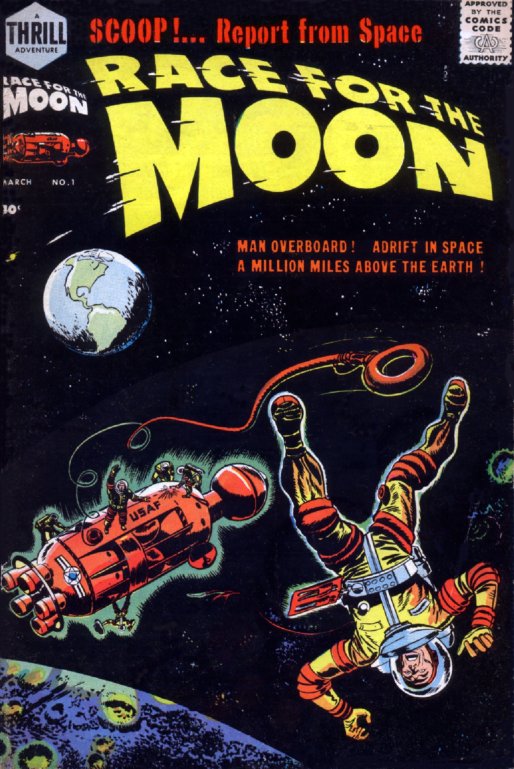 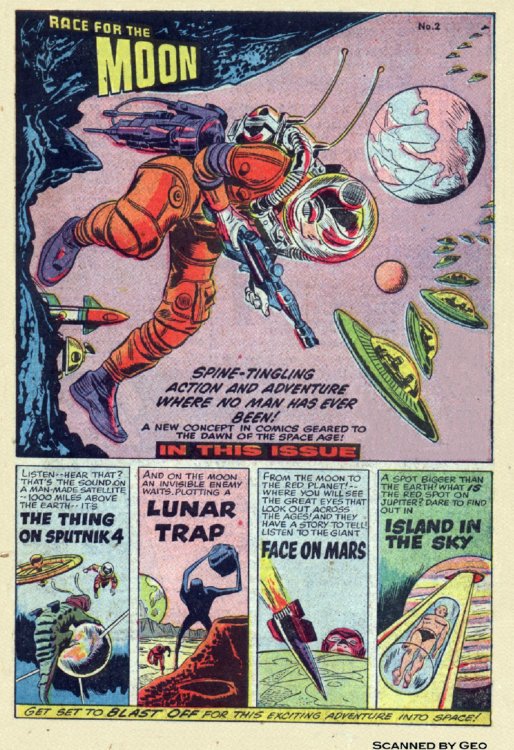 ...like this contents page by Kirby and Marvin Stein from RttM #2!
This story by Kirby and Al Williamson from the same issue... 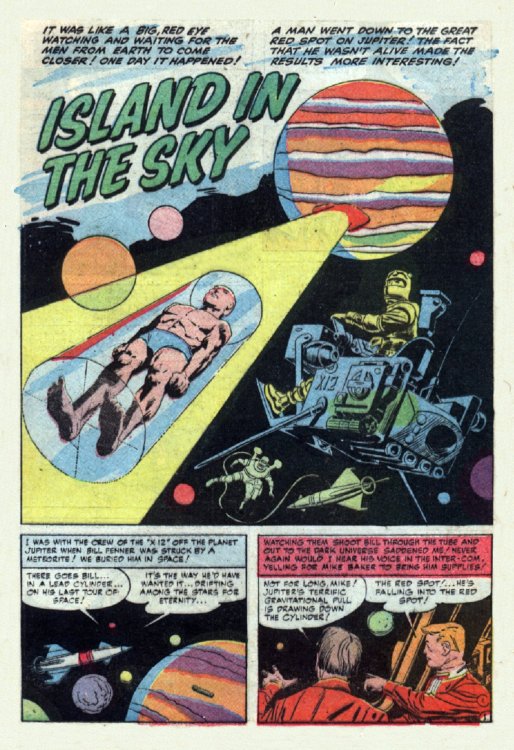 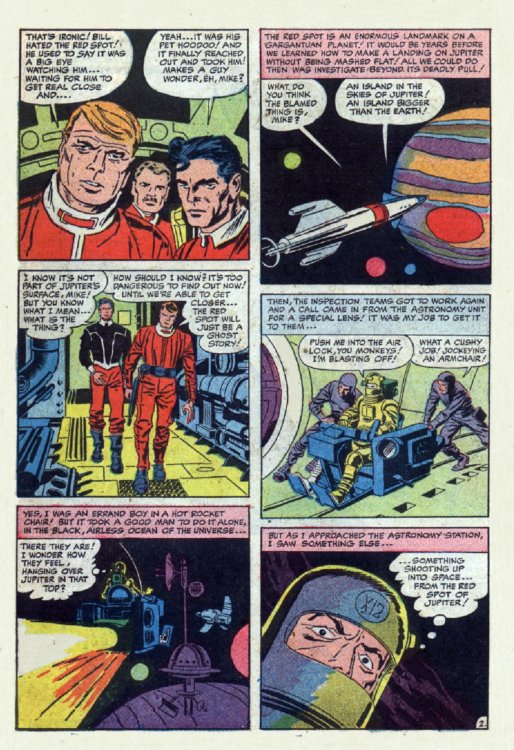 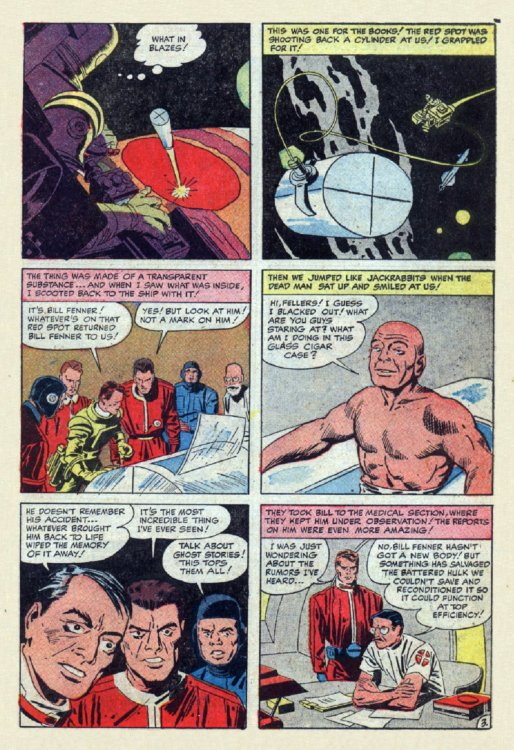 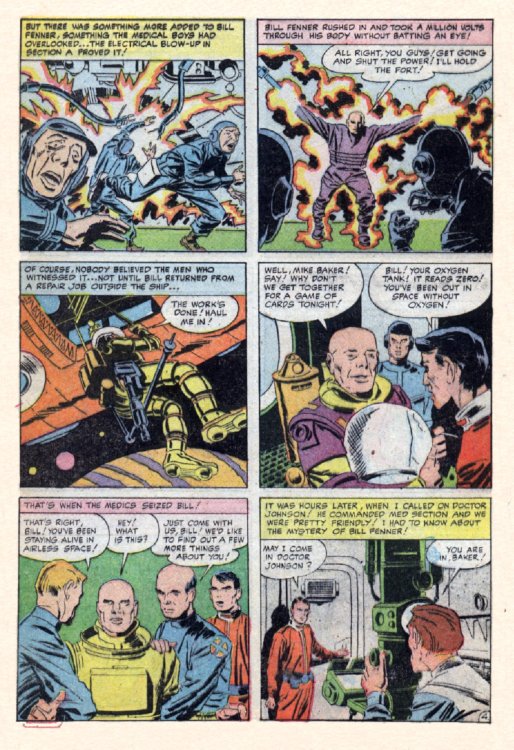 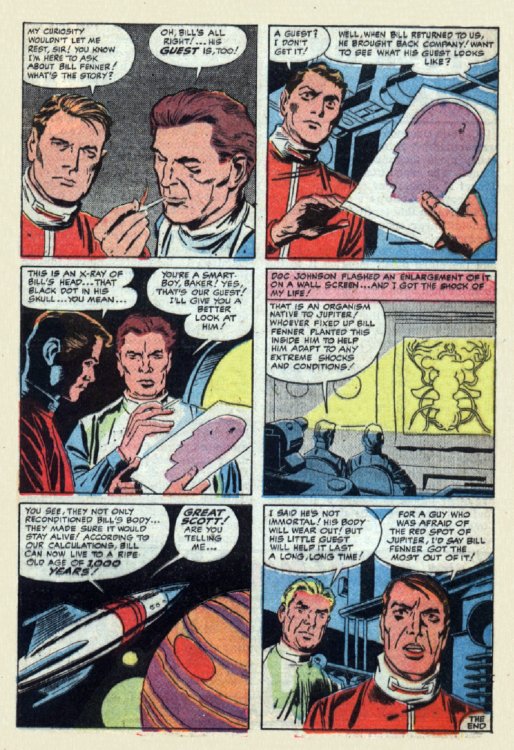 Here are the covers to the other two issues... 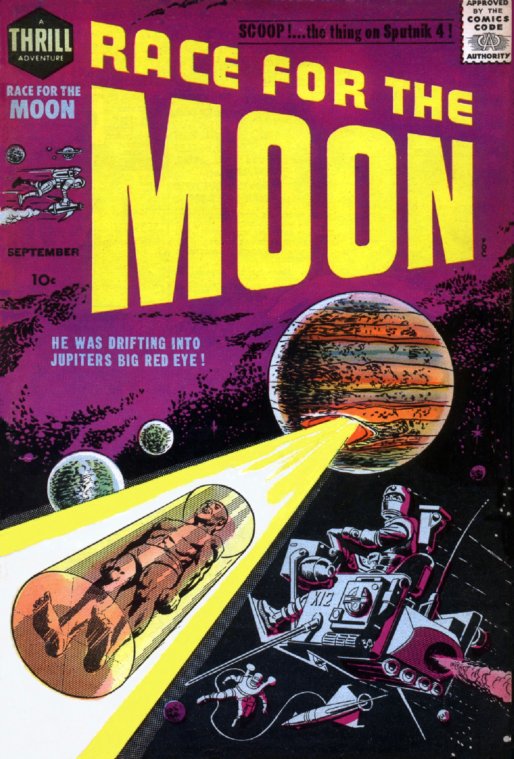 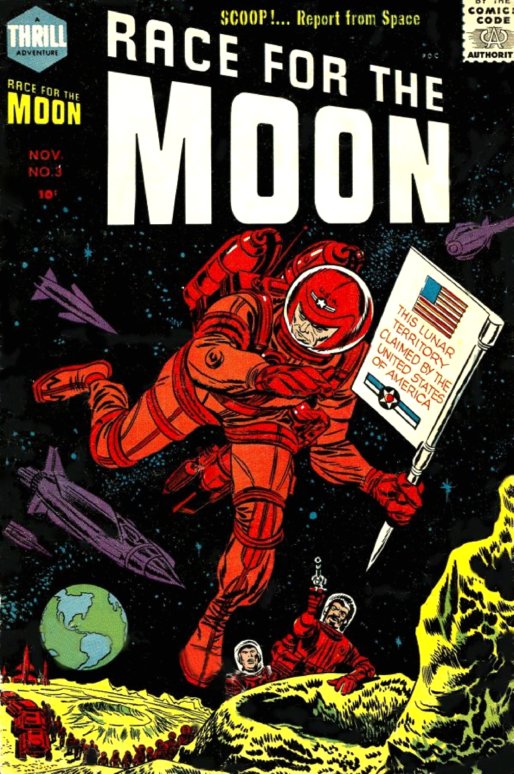 Beautiful.
Absolutely Beautiful!
Happy Birthday Jack!
Note: this ended up getting bounced by a day due to problems associated with Hurricane Irene.
Check out
The Future WAS Fantastic!

Welcome Back, Flash Gordon! We Missed You!

Besides doing the alternate covers for each issue of the new Flash Gordon comic from Dynamite, Francesco Francavilla is also doing a wraparound cover inspired by the work of Al Williamson for the first issue.
If that's not enough to make you put this on your pull-list...
The year is 1934, a time of two-fisted swashbuckling, of fearsome threats and wild adventure -- and of ever-growing threats on the horizon. Three valiant humans -- Flash Gordon, Dale Arden and Dr. Hans Zarkov -- are plucked from the Earth, traveling to the distant planet Mongo. Their exploits are legendary, battling the machinations and terror schemes of the dreaded emperor Ming the Merciless, the All-Seeing Ruler of Mongo. But they did not fight alone...
And, it's only 32 pages for $1!!