Comic books played a major part in shaping the public's impression of both our troops and our enemies during World War II.
Among the classiest were these three beautiful covers for Contact Comics, an aviation-oriented title. Spectacular, intense, eye-catching color highlights these poster-style pieces of art.
Each one paid honor to the aviation division of one of the three armed forces branches. (The Air Force as a separate branch didn't come about until after WWII) Tribute to the Marine Air Corps featuring F4U Corsair fighters.
We at Atomic Kommie Comics™ have digitally-restored and remastered them on a line of kool kollectibles which would make perfect Armed Forces Day, Memorial Day, Flag Day, or 4th of July gifts for the WWII veteran in your life.
Choose from t-shirts, mugs, magnets, BBQ aprons, and many other goodies.
(And have a look at the other World War II collectibles we offer at War: Past, Present & Future™ while you're at it!)
Posted by Britt Reid at 5/09/2009 11:21:00 AM No comments:

Star Trek is here--Beam me up! 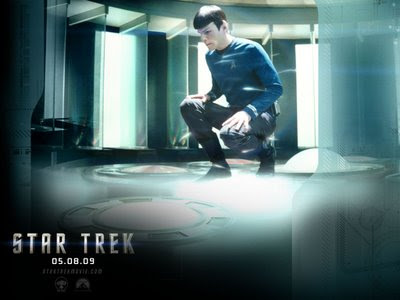 If you're willing to accept Crisis on Infinite Earths and it's aftermath (plus Batman Begins onward and the various other DC-related film / tv series), Ultimate Marvel Universe, "One More Day", and the various Marvel-based films and tv series (Hell, Punisher was rebooted twice!), the Godzilla Heisei and Millenium films, Battlestar Galactica [2003-09],or the Eon James Bond 007 films from Casino Royale [2006] on, then you'll go with this for what it is...a reboot / alternate universe with some interesting twists.

And unlike most of the other film /tv series, this one acknowledges the fact that it's an alternate universe!
(Comics on the other hand, enjoy pointing out when they reboot! Go figure!) ;-)
Posted by Britt Reid at 5/08/2009 11:04:00 AM No comments: May is chock-full of holidays.
Among them: Mother's Day, Armed Forces Day, and Memorial Day.
How about a gift that would cover ALL three of them at one shot?
Surf on down to Women of WWII where Atomic Kommie Comics™ offers a unique set of kool kollectibles for the female World War II veteran in your life.
Whether she's your mother or grandmother, sister or aunt, or wife or ex-wife, we've got a bunch of items that show your respect and love in a kitchy kind of way.
Long & short-sleeve T-shirts, mugs, blank journals, even kitchen magnets, all adorned with a classic 1940s comic cover paying tribute to WWII-era WACs, WAVEs, and MCWRs!

So, if you're looking for something different to give as a gift, come to War: Past, Present & Future™ where you can see war through the eyes of those who witnessed it, those who dreamed about it, and those whose job was to make you want to be part of it!
Posted by Britt Reid at 5/07/2009 08:21:00 AM No comments: 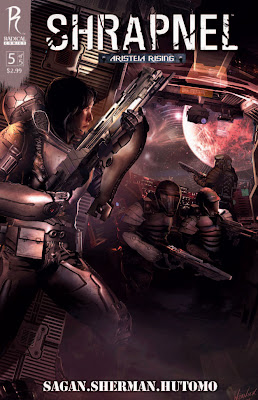 Take a look at this cover.
At first glance, a variation on the Starship Troopers theme of armored infantry.
Note that two of the three soliders are also wearing helmets.
The third one isn't, presumably because she's the protagonist, and we have to see her face to identify her.
It's not the brightest move to go into combat without protection to your head; but, again, there is "marketing logic" to doing so.

Now take a look at the "alternate" cover... 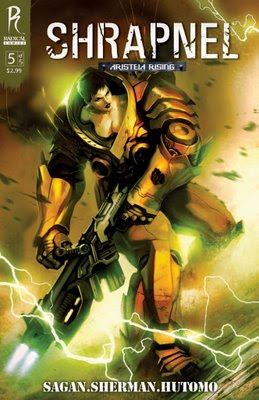 1) She's looking in one direction and firing in another (hopefully not hitting one of her comrades in the process).
2) She's shooting left-handed. The other cover shows her as right-handed. Is she ambidextrous?
3) Where's her helmet? There are no other characters present, so just having her name on her chestplate should cover identifying her character!
4) Slight problem with my solution to #3--she doesn't have a chestplate! What sort of idiots armor every square inch of a body except the head and chest?
Hormonally-driven idiots who want to see a buxom woman's cleavage--even if it gets her killed!

Curiously, on the inside of the book, her armor comes all the way up to her chin, and she has a helmet, which she wears when facing the enemy! 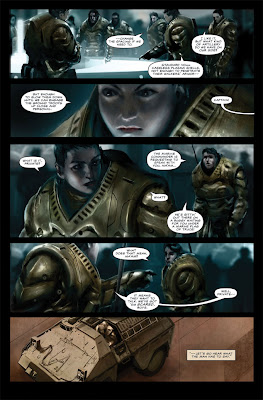 It's sloppy cover art direction, it's misleading, and it's gratutitous.

This is exactly the sort of prurient-interest image an up-and-coming Wertham would use to start another Seduction of the Innocent crusade!

Don't the creators believe that their story and characters are good enough to attract the target audience without resorting to this sort of bullsh!t?

Have a LOST Season Finale Party on May 13th Mysteries aplenty await you on May 13th, as you gather around the tv to watch the season finale of ABC's LOST!
Among them...
Will the LOSTies be reunited?
If so, WHEN? (In what time period?)
Who lives? Who dies? (Does it really matter on The Island?)

Here's some decor and party favor ideas...coincidentally, all available from us! ;-) 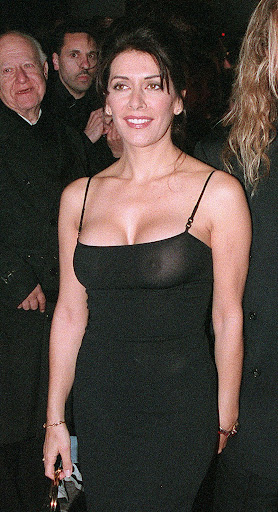 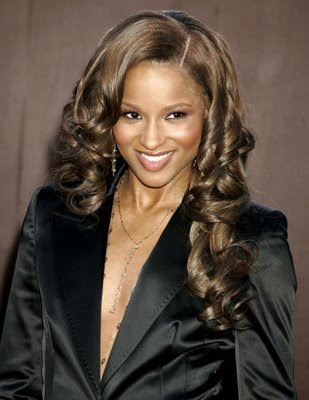 Ciara Princess Harris has done quite a number of things in her relatively-short life...modeling, acting, singing, writing, producing, even video directing.
Now, she's taking a crack at portraying a super-heroine on the concept album Fantasy Ride, which comes out this Tuesday, as well as tie-in videos and a live concert tour.
It's her first foray into the sci-fi / fantasy genre. Hopefully, it won't be her last.
(BTW: The good-girl comic art is by noted DC / Marvel / Valiant artist Bernard Chang.)
Genre appearances include...
Fantasy Ride (Super C)
Check out...
CiaraWorld, her official site
Ciara's MySpace page
Sincerely, Ciara the "official fan site" 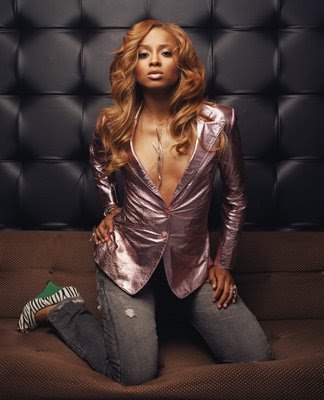