When Last We Left the Legendary Jackie Robinson... 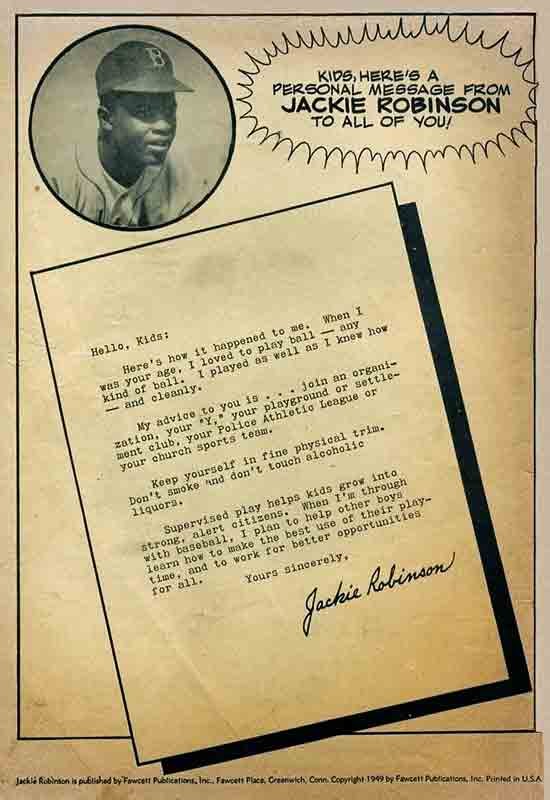 ...After demonstrating amazing athletic skills in multiple sports in high school and college (UCLA), Jackie Robinson began playing baseball in the Negro League for the Kansas City Monarchs, where his prowess caught the eye of a scout for the Brooklyn Dodgers!
Jackie was assigned to the Dodgers' International League farm team the Montreal Royals, just one step below the major leagues.
But the first Black player in the previously all-White professional leagues was about to discover the path to the majors was destined to be a rocky one... 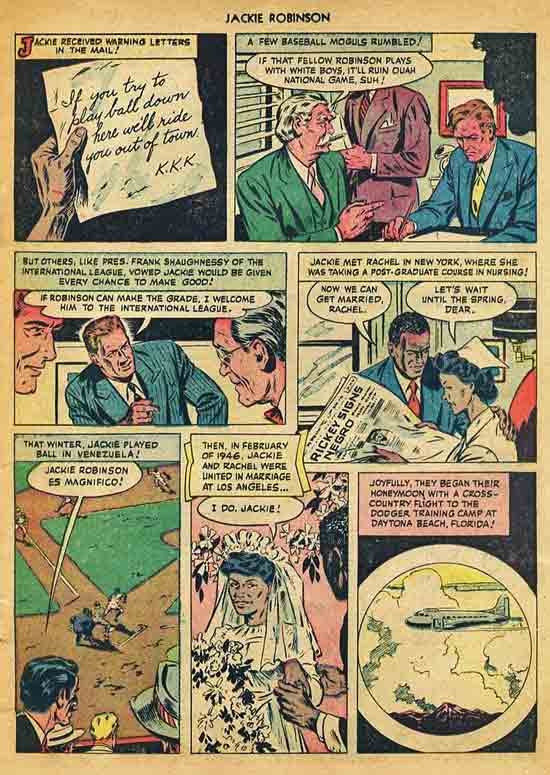 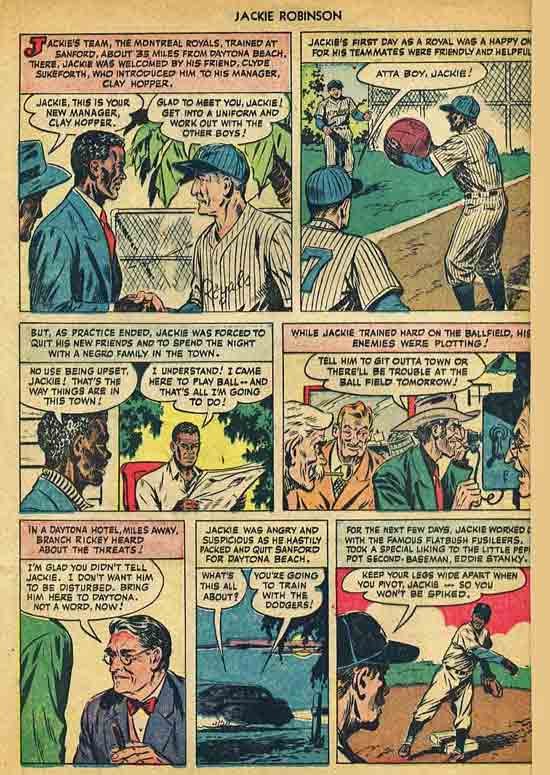 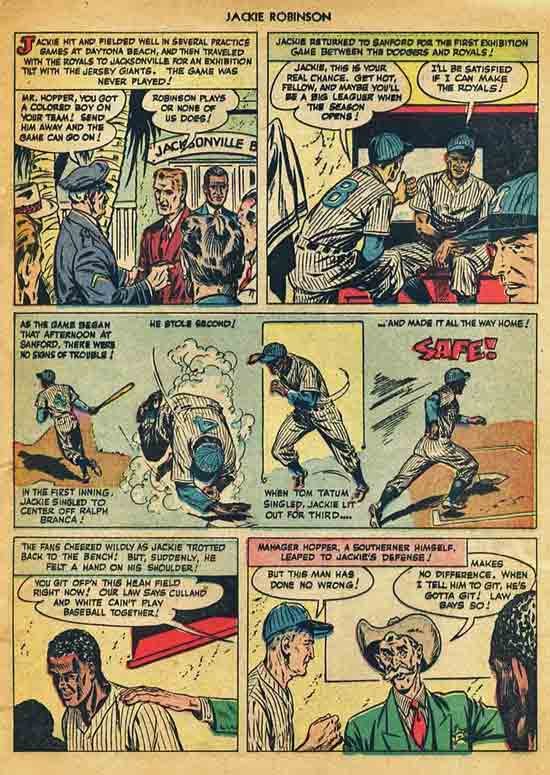 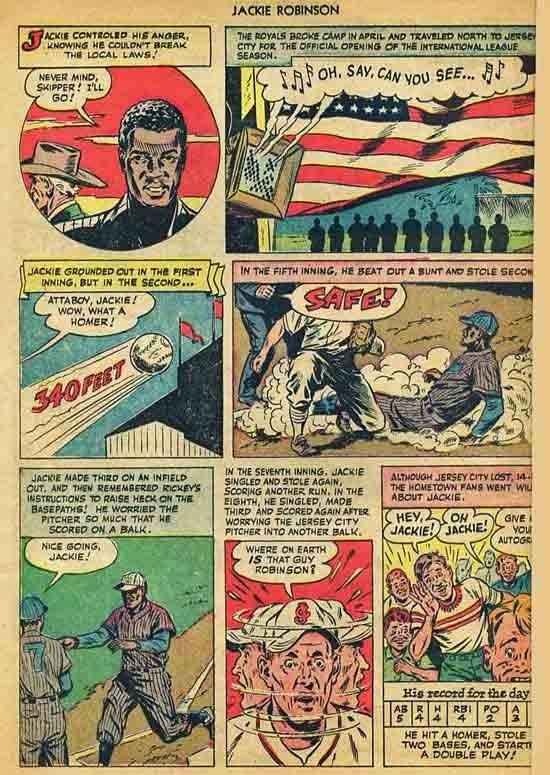 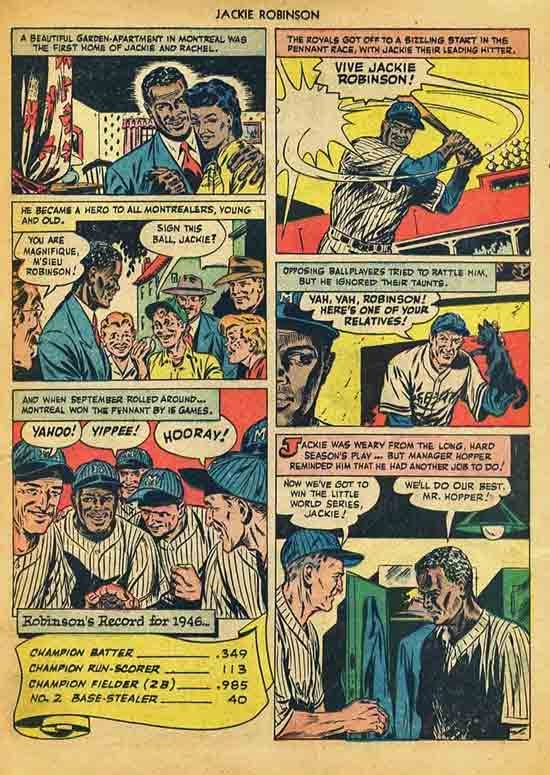 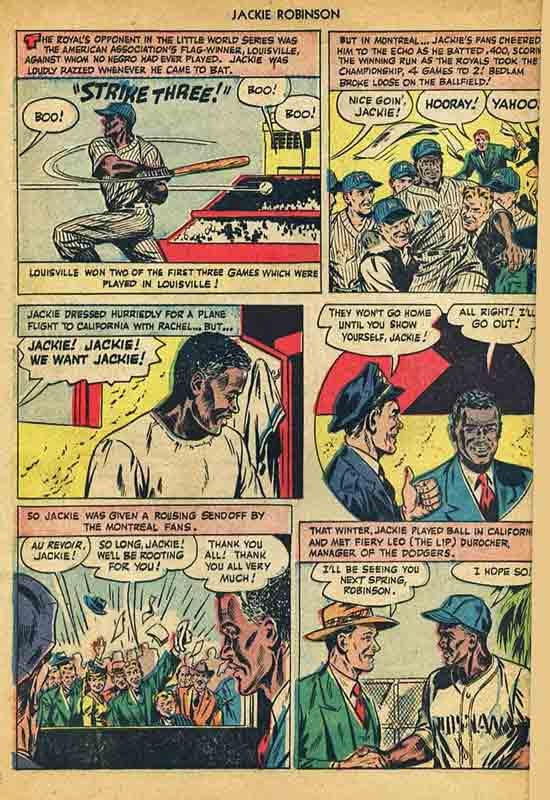 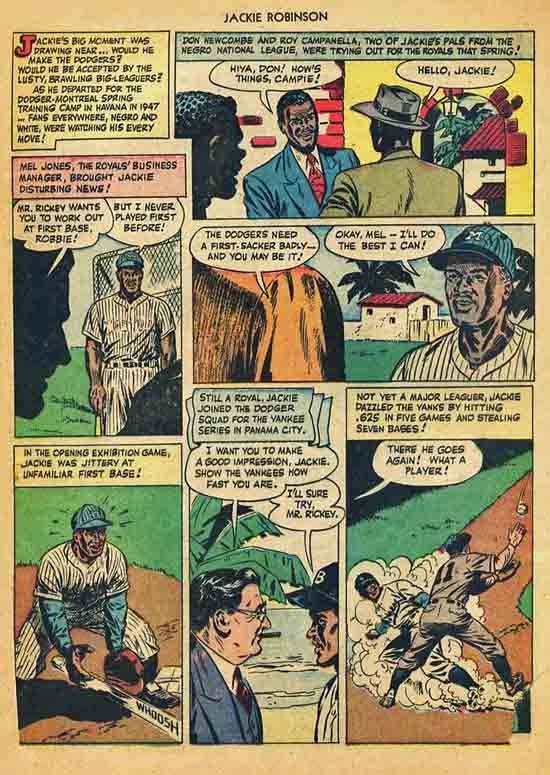 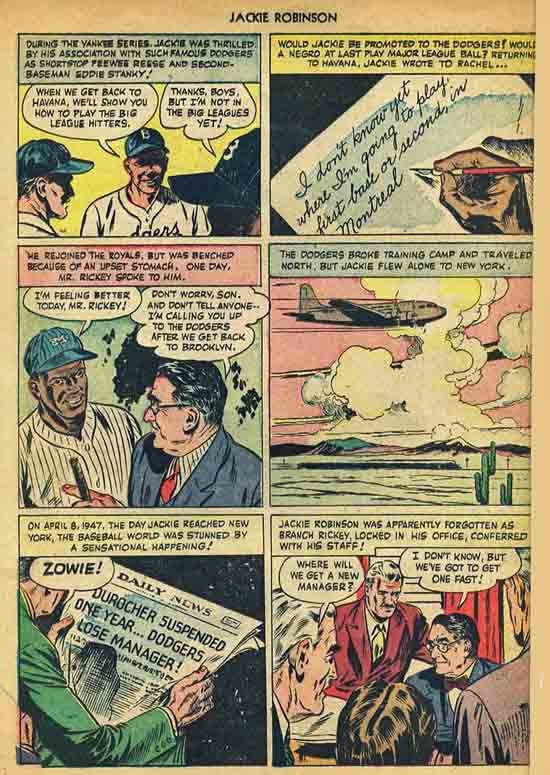 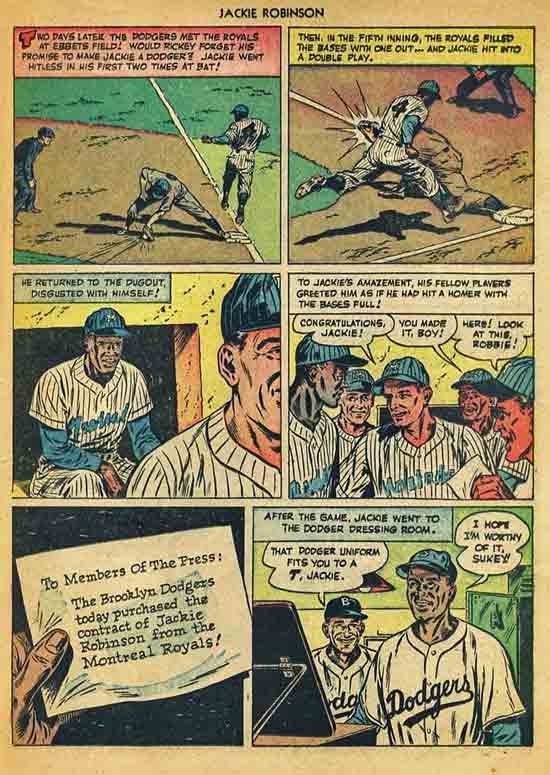 Be Here Thursday When Jackie Debuts as a Brooklyn Dodger!
Written by Charles Dexter, and illustrated by an unknown artist, this book-length tale from Fawcett's Jackie Robinson (1949) detailed his life and career up to mid-1949.
Intended as a one-shot, it sold so well that it went to a bi-monthly series the next summer!
We'll be serializing it for the next couple of weeks on Tuesdays, Thursdays, and Saturdays in tribute to the legendary baseball player's 100th birthday!
Please Support Atomic Kommie Comics
Buy the Cover of This Never-Reprinted Issue...

...as a Collectible Poster or Print!
Digitally-restored and remastered from a scan of the actual original cover!
Posted by Britt Reid at 2/12/2019 06:12:00 AM No comments:

I always wondered what happens when someone takes the concept of "flying saucers" literally... 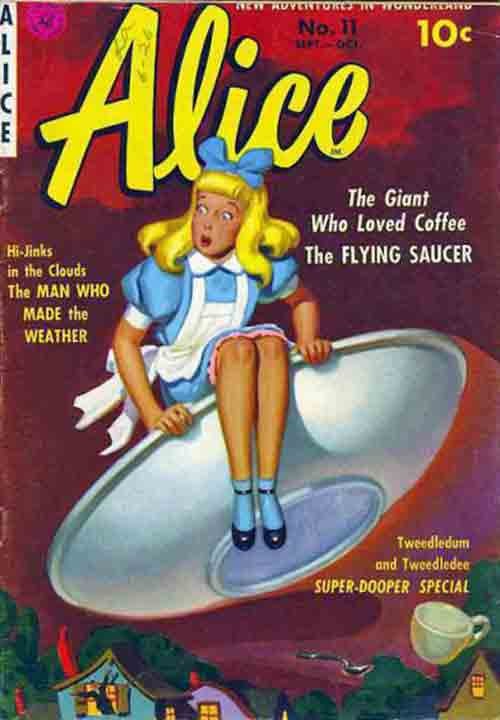 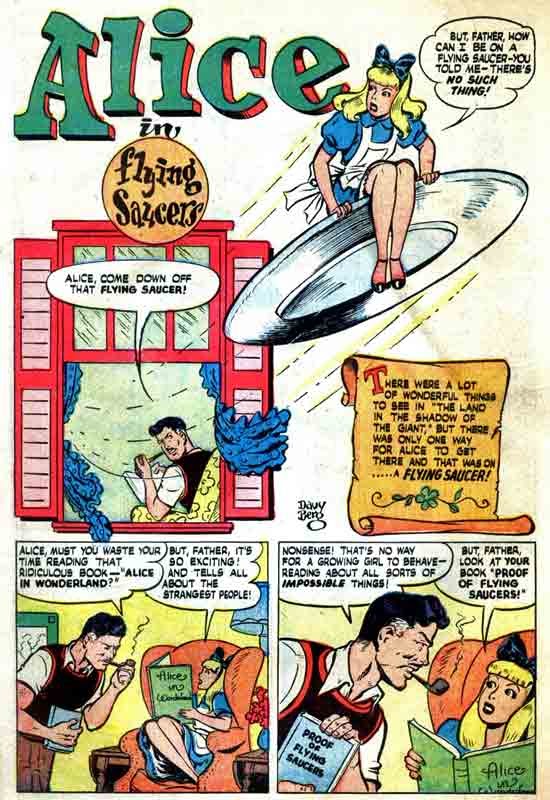 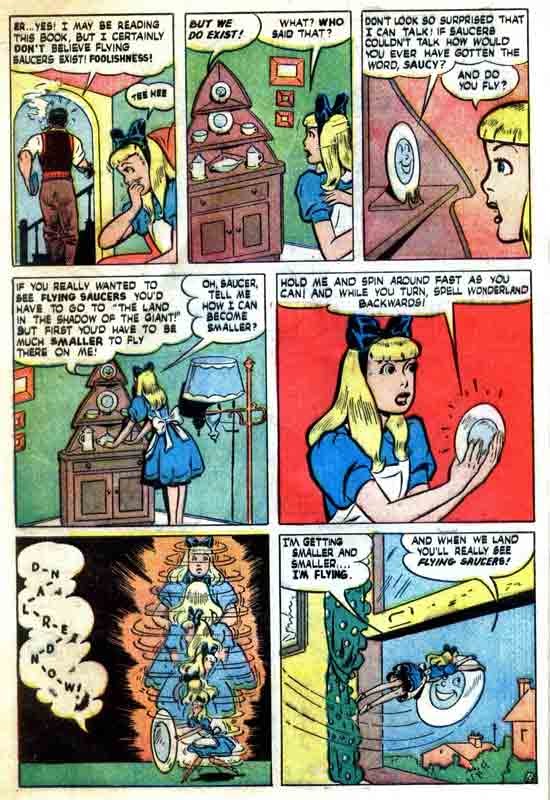 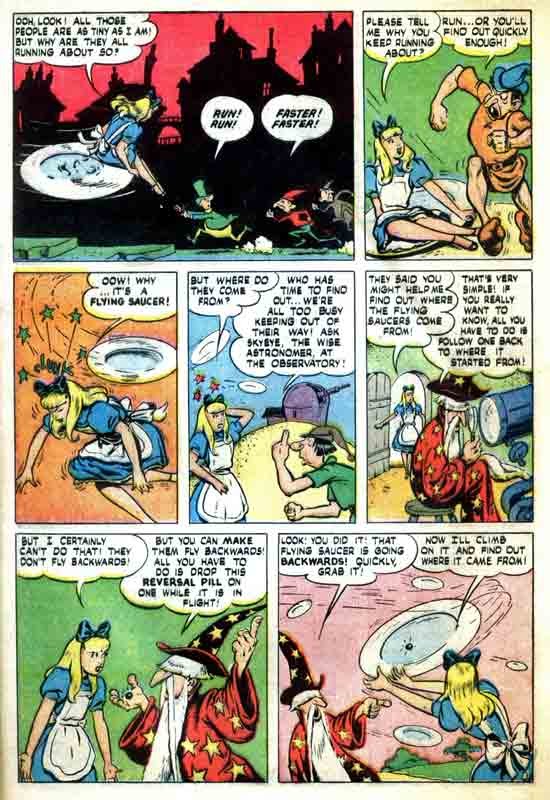 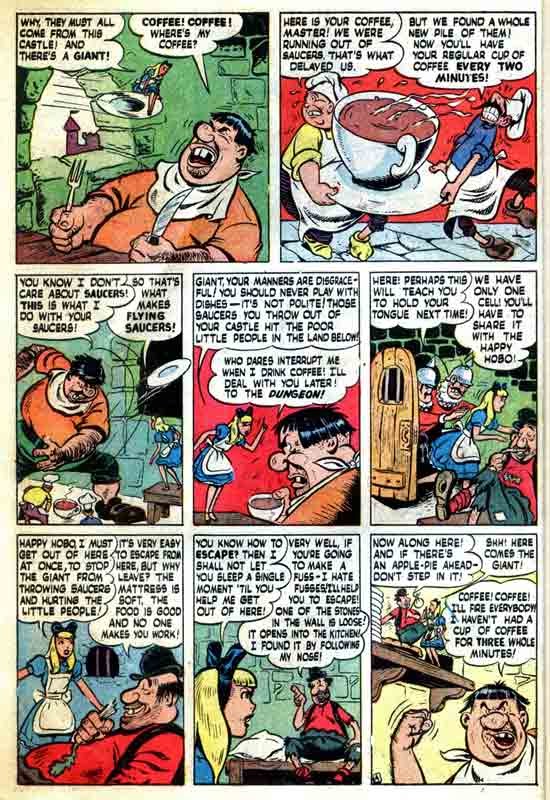 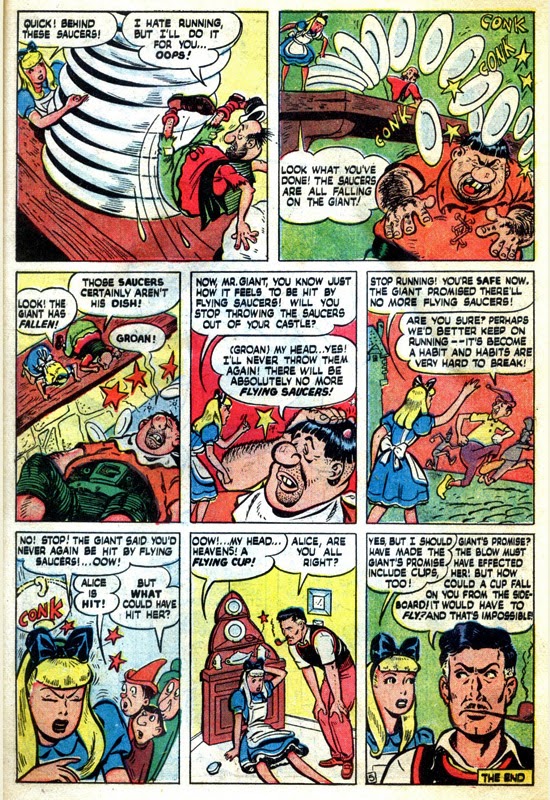 Not quite the sort of "flying saucers" we usually present, eh?
Please Support Atomic Kommie Comics!
Visit Amazon and Order... 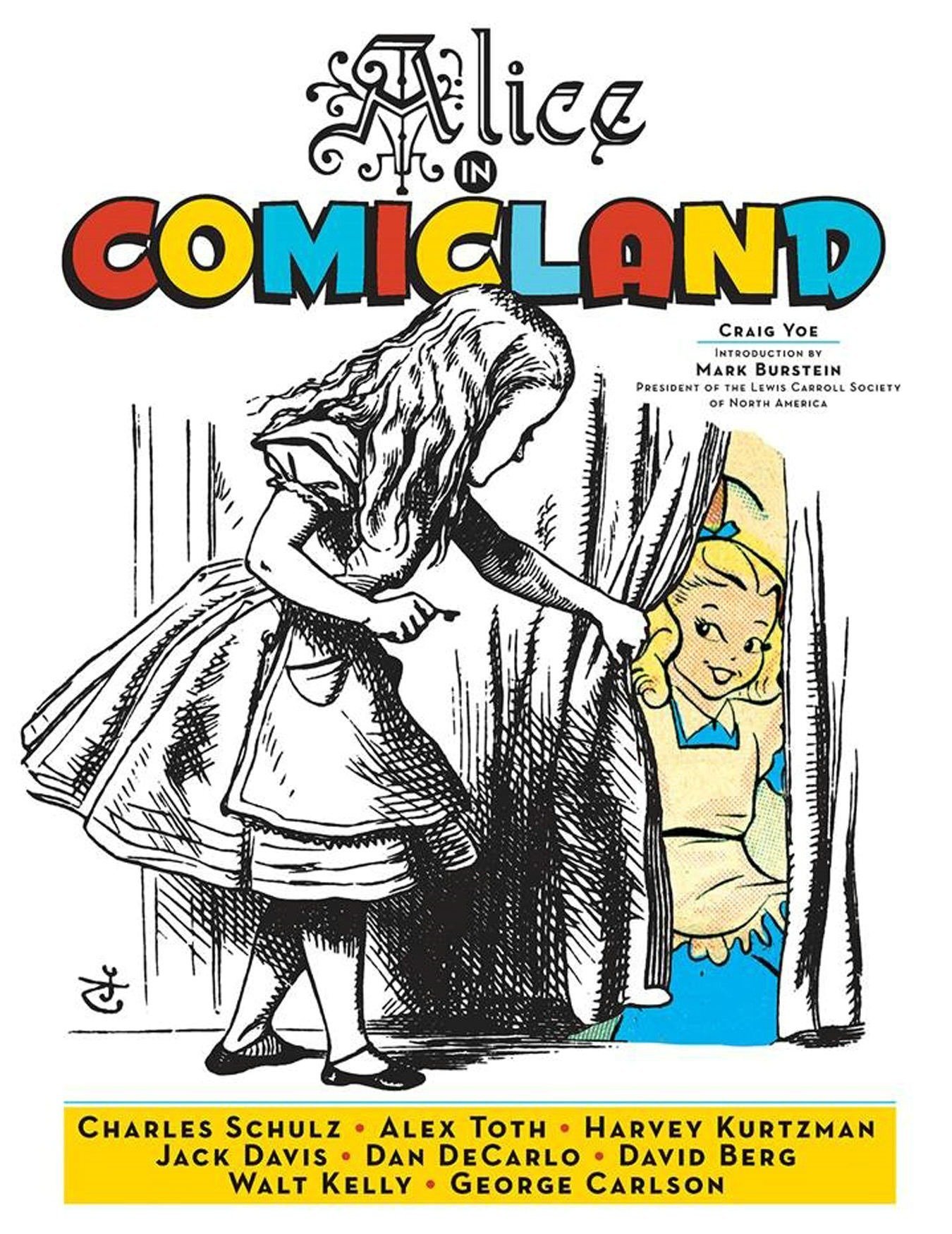 Alice in ComicLand
Featuring various comics incarnations of the Lewis Carroll character!
Posted by Britt Reid at 2/11/2019 07:48:00 AM No comments:

...with the poster and lobbycards from the first movie about the first Black player in the major leagues (which starred Jackie Robinson as himself), now offered as posters and prints, digitally-remastered and restored from the actual poster and cards!

LobbyCard 2
The originals are worth hundreds, even thousands of dollars!
But these affordable reproductions can put these HTF examples of classic Black Americana in your den, study, game/media room, bedroom or wherever you want at reasonable cost!
Posted by Britt Reid at 2/10/2019 07:31:00 AM No comments: