The story's title has a double meaning to graphic literature aficionados... 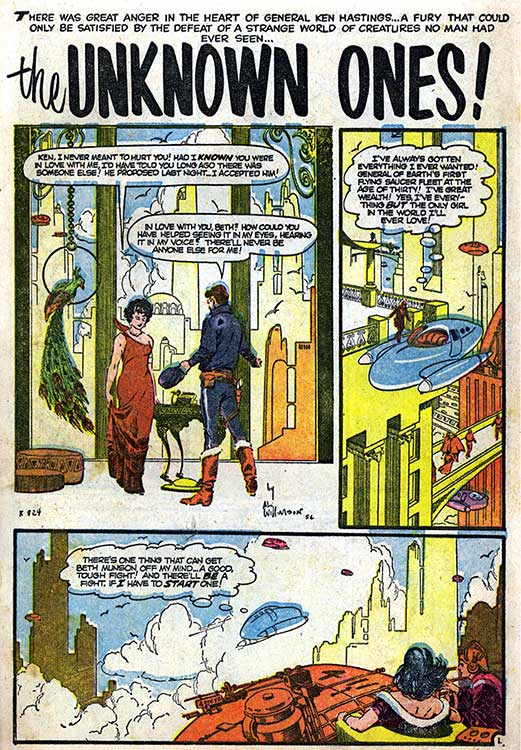 ...since it also covers the fact this story hasn't been seen in color since 1957! 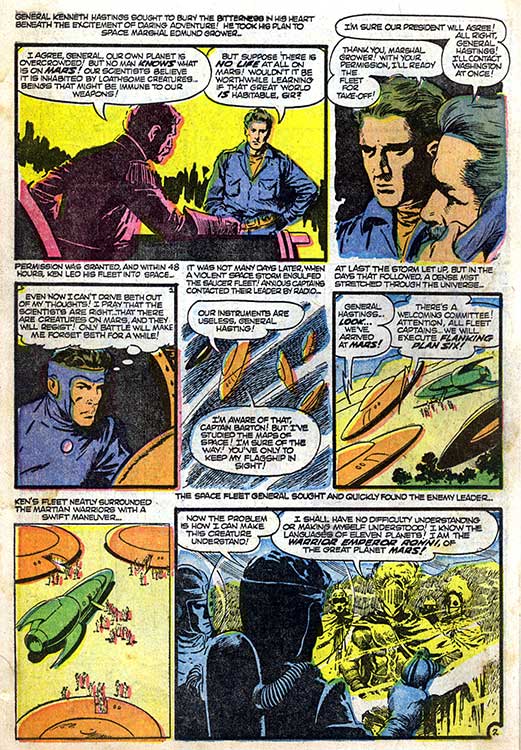 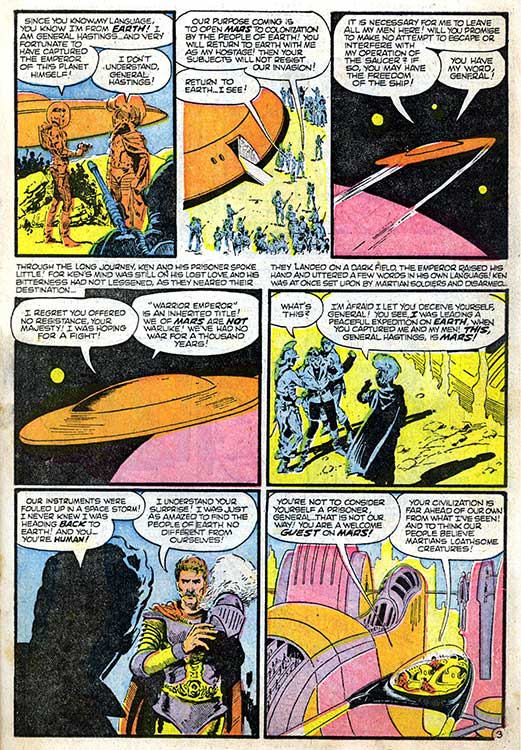 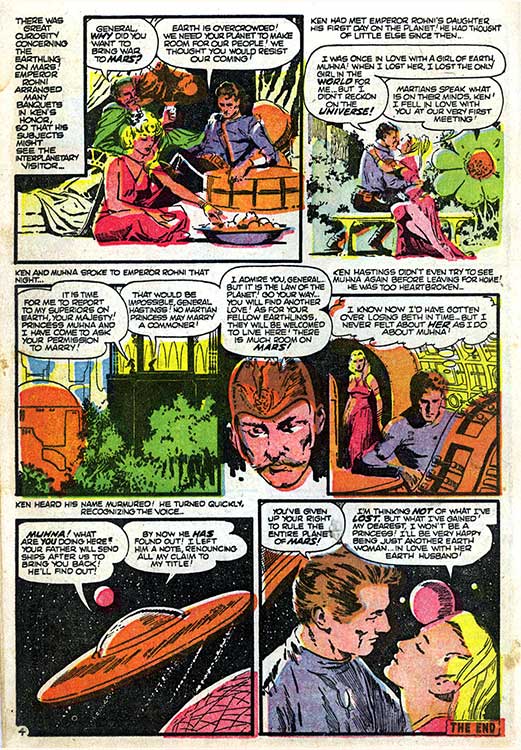 It was reprinted (in b/w) in Dark Horse's Al Williamson: Hidden Lands TPB (2004), but that OOP tome had a very limited print run.
Written by Carl Wessler, this Williamson-penciled and Roy Krenkel-inked tale from Atlas' Astonishing #57 (1957) was done after the horror comics purge of the mid-1950s reduced EC Comics to just MAD Magazine, and the majority of now-unemployed artists were scrambling around for work.
Besides Atlas, Williamson was freelancing for ACG and Harvey, doing full pencils and inks, inking others like Jack Kirby and Matt Baker, or, as in this case, penciling for others (usually fellow Fleagle Gang members*) to ink.
*The "Fleagles" were a group of artists including Williamson, Krenkel, Frank Frazetta, Wally Wood, Angelo Torres, and George Woodbridge who would help each other out on tight deadlines by doing a "jam" with individuals penciling and inking different pages and even different panels on a single page, producing some absolutely amazing visuals!
Please Support Atomic Kommie Comics
Visit Amazon and Buy... 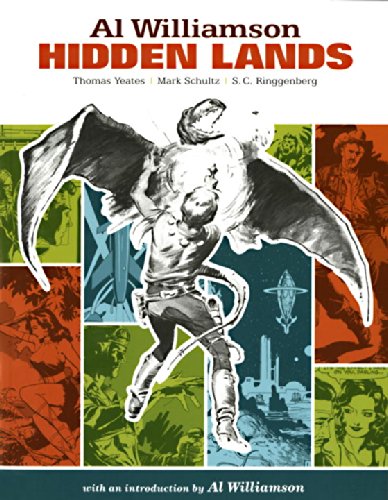