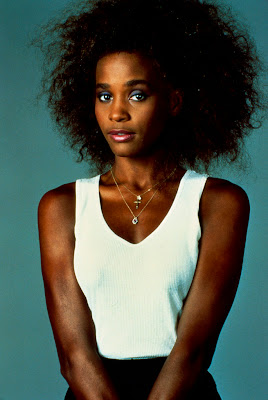 An extremely-talented performer (both as songstress and actress), Whitney's personal problems have, until recently, forced her career onto the back-burner.
However, she seems to have overcome these obstacles, and her career is on an upswing once more!
Genre appearances include...
Rodgers & Hammerstein's Cinderella (Fairy Godmother / performer: "Prologue", "Impossible", "It's Possible", "Finale Ultimo", "There's Music in You")
The Preacher's Wife (Julia Biggs)
The BodyGuard (Rachel Marron / performer: "Queen of the Night")
Note: The BodyGuard is not really genre, but it's use of footage from the classic 1926 film Metropolis as well as the Maria-Robotrix-influenced costume prominently featured in the video for "Queen of the Night" and the film itself make it worthy, IMHO, of inclusion. 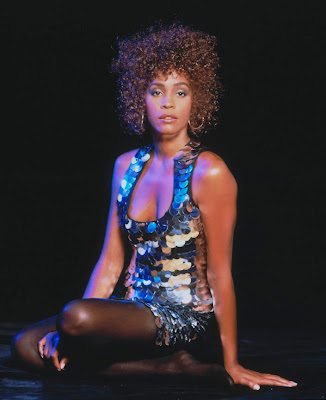 Other actresses to play Fairy Godmother in Rodgers & Hammerstein's Cinderella include Celeste Holm [1965] and Edie Adams [1957]
Other actresses to play Julia Biggs include...
Actually, in the previous version of this film, The Bishop's Wife [1947], the character was named Julia Brougham and played by Loretta Young.
Posted by Britt Reid at 2/21/2009 11:26:00 AM No comments: Silver Streak Comics was unique in two respects;
1) It wasn't named after it's lead character, like Flash Comics or Blue Bolt Comics.
(In fact, the hero known as The Silver Streak didn't even come along until issue #3, and then he was just a backup strip!)
2) The lead character was a villain!
And what a villain he was!
The Claw was the first great villain of the Golden Age!
He was a, literally, inhuman scientific genius with powers of size-changing, hypnotism, and numerous other abilities depending on the needs of the story! (In the Golden Age, these things tended to be a little, well, loose.)
In his first few appearances he was barely defeated by various international secret agents who would stumble upon his various operations, but The Claw himself would always escape to plot again!
While the foul fiend dominated the front of the book, several heroes made their debuts in backup features, among them a mute fellow in a weird half-yellow / half-blue costume who used a boomerang!

Created in Silver Streak #6 by writer / artist Jack Binder, brother of noted pulp sci-fi writers Otto & Earl Binder, this DareDevil was Bart Hill, rendered speechless as a boy when he witnessed the murder of his father!
The silent lad learned how to use a boomerang, and, when he became an adult, adopted a costume in order to avenge himself against evil in it's various forms. Not a bad origin tale, overall.

Jack Cole, who later would create Plastic Man, took over the strip in the next issue, tossing out everything except the boomerang and the name Bart Hill, creating the first comic book retcon!
He also modified the costume, making the yellow sections bright red.
Cole then decided that his revamped hero would make the perfect ongoing counterpoint to The Claw, so as of Silver Streak #7, he pitted the two against each other in an ongoing battle that lasted five issues, which ended with The Claw finally being captured!
At that point, DareDevil was given his own title, DareDevil Comics, with the greatest real-life villain of all as his first opponent--Adolf Hitler! With the aid of other heroes, including The Silver Streak, DD managed to stalemate Der Fuehrer.

Cole went on to other projects, and writer / artist Charles Biro took over the strip.
Biro gave Bart an entirely new origin, having the orphaned kid raised by Australian Aborigines and trained by them to use boomerangs!
Bart Hill settled down to a typical life of an acrobatic superhero whose new secret identity of a policeman enabled him to serve the law by day, and justice by night...until the Little Wise Guys came along in #13!
Jocko, Peewee, Scarecrow, and Meatball were a kid gang whom Officer Hill encountered while on patrol. Sensing they were inherently good kids gone wrong, he took them under his wing, guiding them into more socially-acceptible activities, like spying on saboteurs.
It was like having a whole team of Robins or Buckys (sans costumes) to help in his ongoing war against evil!
During one of their adventures against a rival gang, Meatball was killed.
A rival gang member, Curly, feeing guilty about Meatball's demise (though he didn't cause it) reformed, and joined the Little Wise Guys.

The kids gradually took over the book as DareDevil went from lead hero to mentor / advisor to occasional guest-star, disappearing altogether as of #80.
DareDevil Comics continued until #134 in September 1954. Ironically, it was the same month Showcase #4, featuring The Flash started the Silver Age of Comics!
Talk about "missed it by that much!"

Though the character missed the Silver Age, his influence was felt throughout it.
Marvel's Matt Murdock became an acrobatic hero with the same name.
Charlton's acrobatic ThunderBolt wore a very similar costume in tribute to the Golden Age character.

And now, the original hero has returned in not one, but two different incarnations:
The Death-Defying 'Devil in Alex Ross' ongoing Project SuperPowers series and his own self-titled mini-series which restores the original mute aspect of his character.
and
Dynamic DareDevil, guest-starring in Erik Larsen's Savage Dragon series

PLUS: we at Atomic Kommie Comics™ have digitally-restored and remastered several of DareDevil's koolest Golden Age covers , including his very first cover appearance, on an assortment of pop-culture collectibles in our Lost Heroes of the Golden Age of Comics™ line!
And, we'll be adding several more in the next month or so!

Don't forget to buy Project SuperPowers, Death-Defying 'Devil and Savage Dragon!
We wanna keep Bart Hill (and maybe even the Little Wise Guys) around for a while!
Posted by Britt Reid at 2/20/2009 01:58:00 AM No comments:

I don't usually comment on editorial cartoons, but as a graphics / cartoon professional (I've been an art director for both cartoon reference books and several comic book companies), I can't, in good conscience, remain silent on a recent piece that appeared in the NY Post.
And, I'm one of the least "politically correct" people you'll ever meet... 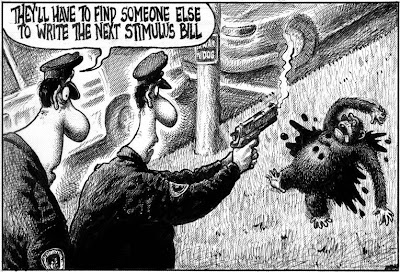 Post editor-in-chief Col Allan released a statement defending Sean Delonas' New York Post cartoon: "The cartoon is a clear parody of a current news event, to wit the shooting of a violent chimpanzee in Connecticut. It broadly mocks Washington's efforts to revive the economy."

My take; If the policemen had been labeled, such as "Republican House" and "Republican Senate", and the chimp labeled "Stimulus" or "Stimulus Author" or somesuch, indicating that the Republicans had "shot down" the stimulus bill (which they haven't, BTW), or put a wig on the chimp (since Nancy Pelosi was the primary author of the stimulus bill), or, if they had shown the policemen shooting a group of chimps at keyboards (the classic "infinite chimps with typewriters" scenario), then Col's statement might (repeat, MIGHT) have some validity!

As it is, I believe Col's statement just reveals his lack of ability in judging and editing both content and intent in editorial matter.

Look at the work of the editorial cartoon greats: Nast, Herblock, Maudlin...they ALWAYS got their points across, cleanly and effectively! You may not have agreed with them, but you KNEW what they were saying! 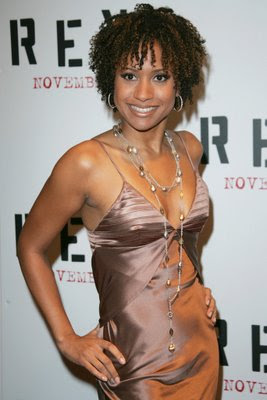 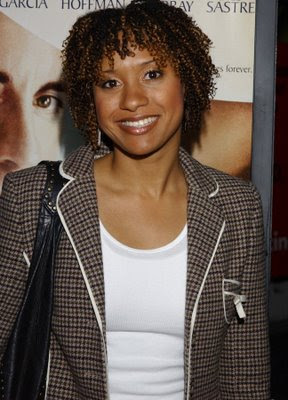 A Lost Heroine of the Golden Age--Miss Masque 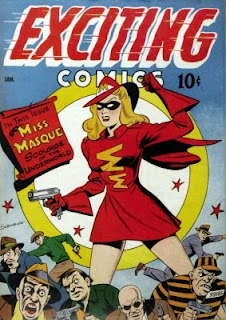 Debuting in Exciting Comics #51, Miss Masque was another of the line of rich socialites-turned-masked crimefighters in the Golden Age which included The Shadow, The Batman, and The Green Hornet!
Diana Adams had no superpowers or abilities, just her keen deductive mind and a pair of .45 automatics. And, unlike her male contemporaries, she didn't have a sidekick or aides!
Clad in bright red cape, mini-dress, gloves, and slouch hat, she pursued criminals and saboteurs thru several issues of Exciting Comics, appearing on the cover only once (#53) during her run, before transferring over to America's Best Comics, where she teamed up (on the covers) with other heroes, most notably The Black Terror, even though they didn't appear together inside the comic! (They all had seperate strips!)
Also, she seemed to lose parts of her wardrobe when she changed homes, as her fedora disappeared along with the midriff of her costume (see below), making her predate the trailer-trash look of Britney Spears by decades!
(Maybe it was her summer ensemble!)
When superheroes faded away after the end of World War II, so did Miss Masque. 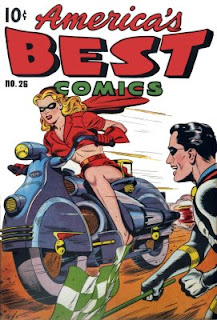 Since the 1990s, she's been revived by several publishers, most notably, by writer Alan Moore of Watchmen fame in DC Comics' America's Best Comics imprint (ironic, eh?), and artist Alex Ross in Dynamite Entertainment's Project SuperPowers series as well as a mini-series under her new code-name of Masquerade!
We at Atomic Kommie Comics™ have also "revived" Miss Masque / Masquerade by digitally-restoring and remastering several of her best Golden Age cover appearances (including her first) on a line of t-shirts, mugs, and even calendars as part of our Lost Heroes of the Golden Age of Comics™ line of kool kollectibles!

She was a woman ahead of her time...but her time has finally come!

PS: Pick up the Project SuperPowers and Masquerade comics!
They're the best Golden Age revival books out there!
Posted by Britt Reid at 2/18/2009 12:01:00 AM No comments: 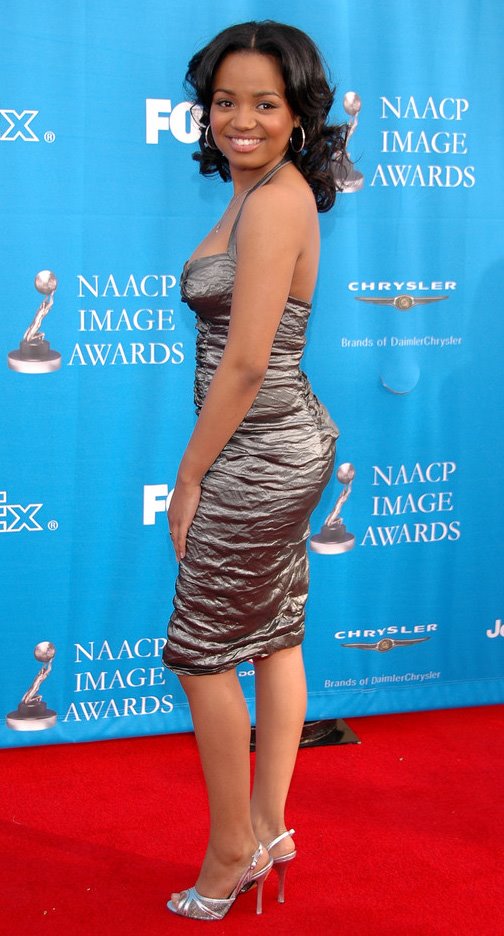 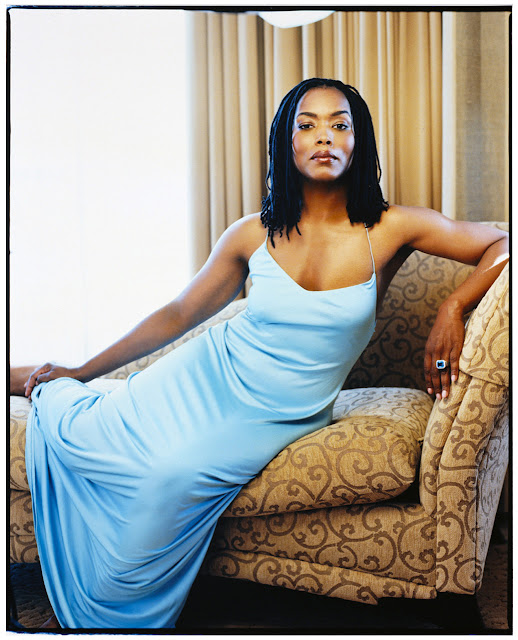 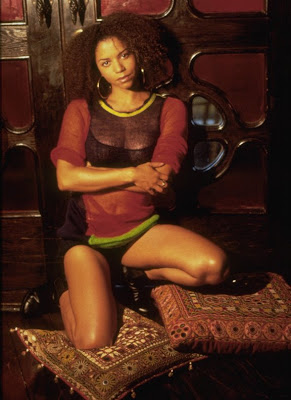