On the day before July 4th, here's some Patriotic Heroes... 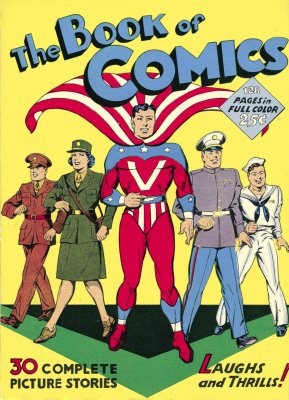 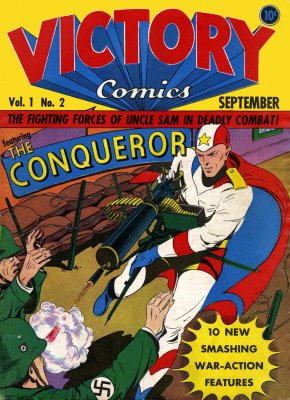 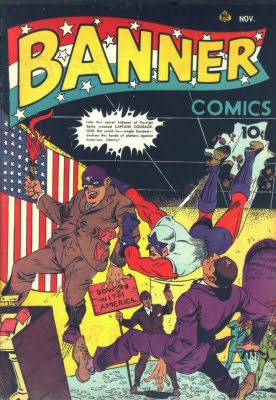 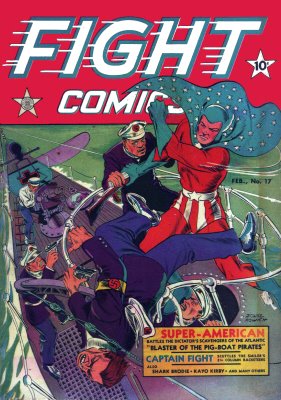 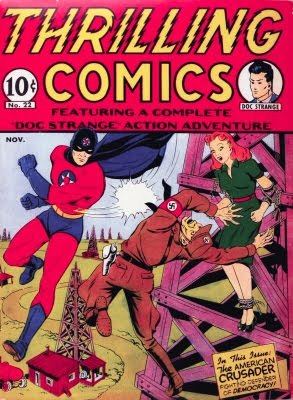 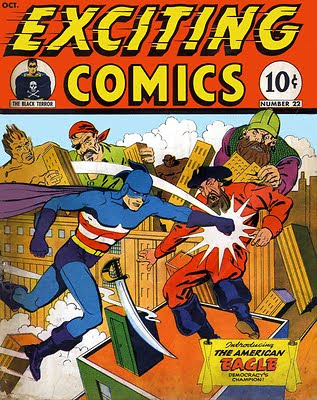 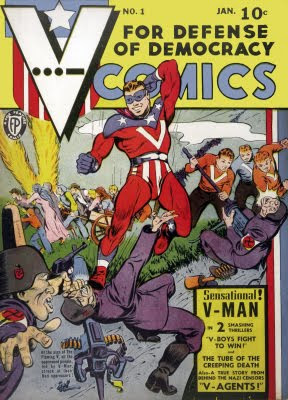 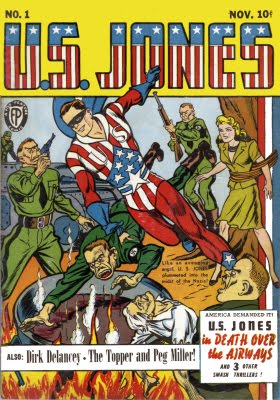 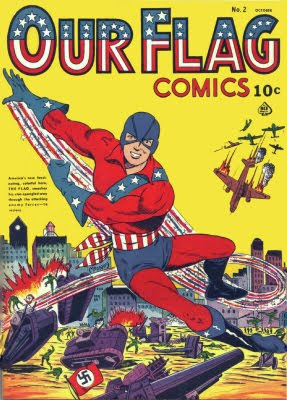 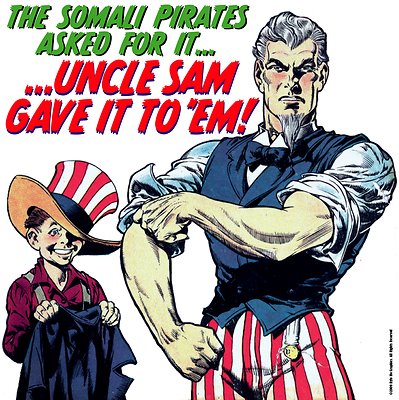 Design of the Week--Air Races! 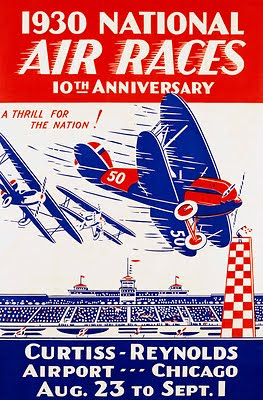 Each week, we post a limited-edition design, to be sold for exactly 7 days, then replaced with another!
This week..a retro-kool design for a poster for Air Races!
From the early 1900s to the 1950s, organized airplane racing was as popular as NASCAR is today!
There was even a NASCAR-like organization, National Air Races (NAR), who arranged and promoted the events!
Each year, the major race of the season took place around Labor Day, each time in a different city.
This particular poster is from the 1930 (exactly 80 years ago) Chicago event at Curtis Reynolds Airport!
Available on a variety of goodies from mugs to t-shirts to totes, it'd make a great gift for someone into retro graphics, vintage aircraft, racing, or Illinois or Chicago residents to remember a long-forgotten part of their history!

Trivia: the airport became part of Naval Air Station: Glenview, Illinois during World War II, was decommissioned in the 1990s and sold for commercial and residential redevelopment in 1995.
Posted by Britt Reid at 7/02/2010 12:58:00 AM No comments: 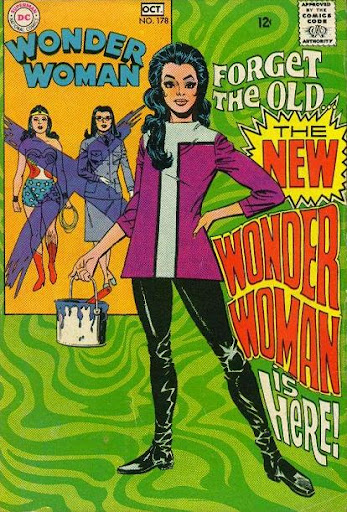 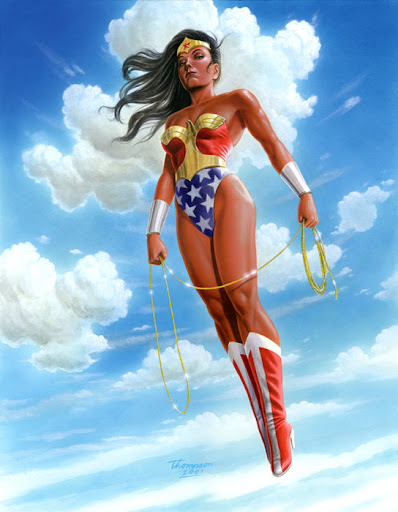 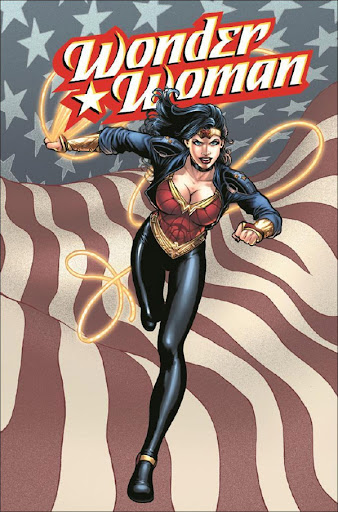 As of now, she looks like THIS!
Will this "new look" last as long as the previous major makeover?
(About 24 issues/4 years)
Or will we see this costume... 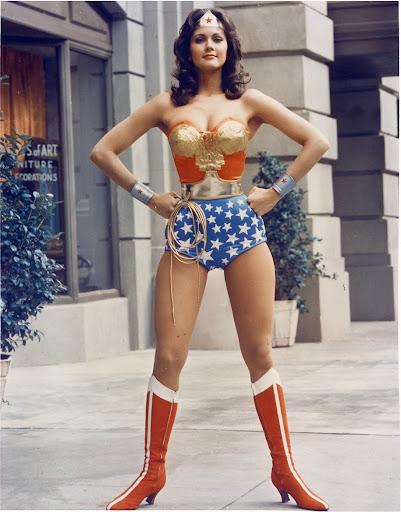 (worn by the one, true, Wonder Woman, Lynda Carter

)
back within two years?
Tune in and see!

BONUS:
An AMAZING look at Wonder Woman's costumes including video games, live-action and animation!
Posted by Britt Reid at 7/01/2010 11:13:00 AM No comments:

FunnyMan; the OTHER Hero from the Creators of Superman! 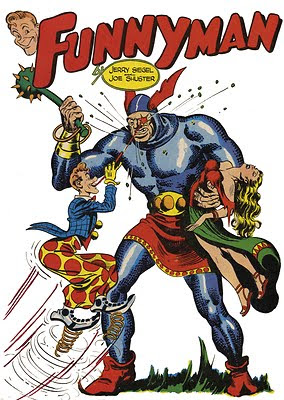 What do you do after you've created the ULTIMATE comics character...and lost the rights to him?
Superman

creators Jerry Siegel and Joe Shuster faced that problem in 1947!
When they sued DC Comics (then National Periodicals Publications), they lost all the assignments (both individually and as a team) they were working on.
To pay the bills, they solicited work from other comics companies both on existing characters and, in one case, creating a NEW character...FunnyMan

FunnyMan was Larry Davis, a comedian looking for a shtick.
His girlfriend / agent June suggested a publicity stunt with Larry dressing in his trademark clown outfit, "accidentally" coming upon a (staged with actors) "crime scene" and disarming and capturing the "criminals" using his props, all the while being photographed by conveniently-placed cameramen.
As you might have guessed, Larry stumbled on a real crime in progress, and thinking it was the stunt, captured a real criminal!
When he discovered he had captured an actual criminal, Larry decided to continue battling crime, using mocking humor and embarrassing tricks to punish evildoers!

Trivia:
The editor at Magazine Enterprises who bought FunnyMan was Vin Sullivan, who also bought Superman from Siegel & Shuster when he was an editor at National Periodical Publications!
Larry Davis was based on movie / radio comedian Danny Kaye

It was a clever idea, and pretty well executed.
Unfortunately, it didn't catch on.
The book only lasted six issues.
There was also a short-lived newspaper strip.
After FunnyMan failed and Siegel & Shuster lost their lawsuit, they went their separate ways.

But...FunnyMan has NOT been forgotten!
There's a NEW book about the character--Siegel & Shuster's Funnyman: the First Jewish Superhero from the Creators of Superman

by Thomas Andrae and Mel Gordon! 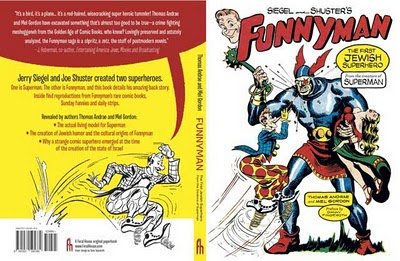 Besides the actual comic stories, there's a wealth of background info about Siegel & Shuster, the Danny Kaye connection, as well as the cultural influences that inspired the character!

Plus: we've brought FunnyMan back with a line of kool kollectibles (including mugs, t-shirts, iPad bags, etc.) in our Lost Heroes of the Golden Age of Comics™ collection! 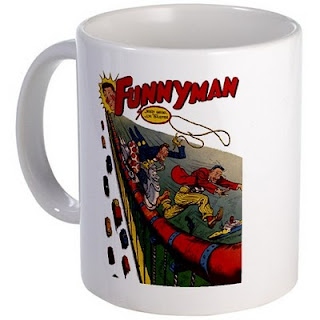 So why not get a gift set of the new book

and one of our collectibles for the pop culture aficionado in your life?
What could it hurt? ;-) 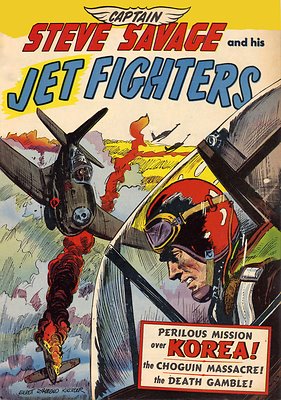 One of the benefits of running Atomic Kommie Comics™ is being able to do customized presents for birthdays, holidays, and joyous events like bridal and baby showers (and, at cost, yet)...
I was preparing items for one such baby shower whose invite had...unusual...suggestions for nursery decor gifts; aircraft, specifically fighter aircraft!
(The baby will be a boy, and his dad is in the Air National Guard!)
"No problem", we thought!
After all, Atomic Kommie Comics™ has a whole section on War: Past, Present, & Future™!
So, we planned several customized items, including a bib, newborn onesie, wall clock, and 12-month wall calendar, all with the required fighter theme!
However, a quick glance revealed a minor problem; while we had over a dozen covers with military aircraft, we had only nine with fighters! The others were bombers!
We needed twelve for the calendar!
A quick look thru the extensive Atomic Kommie Comics™ archives showed a whole set of classic comics we hadn't yet touched...Captain Steve Savage and his Jet Fighters!
BINGO!
We selected the three best covers and loaded them up to the calendar template to give us an even dozen images!
Problem solved!

And, after doing the calendar, we decided to add all three Captain Steve Savage covers to our Korean Police Action kool kollectibles collection for the perusal (and purchase) of all you veterans, relatives of vets, and / or war comics fans!
With North Korea again rattling sabers at the rest of the world, it seemed like the right time (just before the 4th of July!) to return Steve Savage to duty!

New Graphic Novel about the Radio "War of the Worlds"

about everyday people's reactions to the October 30, 1938 broadcast that terrified the nation

with an evocative cover by Francavilla! 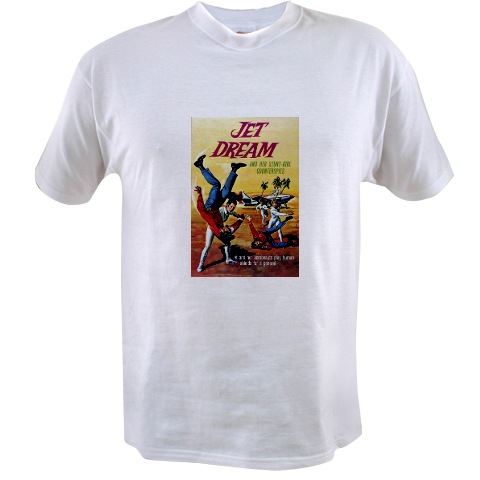 Enjoy a great look and fit at a reasonable price. Only $14.99 each!
Most of our campy, cool, and classic comic, movie and pop art designs are EXCLUSIVE...NOT available at other on-line or brick and mortar stores!
PLUS: the Value T is breathable, midweight 100% cotton and is perfect for male or female casualwear under a windbreaker, varsity letter jacket, sportsjacket, blazer, vest, or button-down sweater.
Or, you can order it a size or two larger than normal, and use it as beachwear, a nightshirt, gymwear, or dormwear!