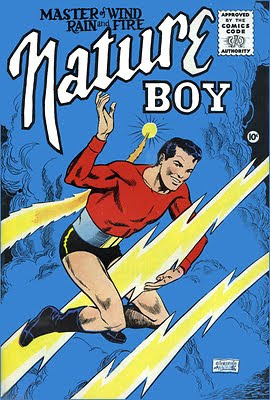 Long before pro wrestler Ric Flair usurped the name, "Nature Boy" stood for truth, justice, and ancient gods (Huh?)
Rich teenager David Crandall was yachting with his parents when a storm sank the boat and David was stranded!
Rescued by "gods" who control various aspects of nature, he is given a portion of each of their powers...
Neptune--water
Gusto--wind
Furo--fire
Eartha--earth
Electra--lightning
Allura--love
Azura--skies
Friga--cold
(Yeah, I know a couple of them overlap, and only one was an actual mythological god, but why quibble?)
David used his new powers to return home and reunite with his still-alive family.
He also decided to battle evil in various forms as Nature Boy, since he controlled the forces of nature, and the gods gave him a spiffy new outfit to show off!
He only had three issues of his own title (which started with #3) before he disappeared from the comics scene..until now!
But, within those three issues, the seeds were planted for an entire superfamily of Nature-heroes including Nature Man (an adult version of the hero from the future) and female counterpart Nature Girl.
This isn't surprising, since he was created by Jerry Siegel (co-creator of Superman) who knew a thing or two about that sort of thing.
To add to his hero cred, Nature Boy was drawn by John Buscema who later did Conan, Avengers, and damn near everything at Marvel in the 70s thru the 90s, so even if the stories were a bit silly, they looked damn good!

Technically, Nature Boy should be considered one of the first Silver Age heroes as his premiere was in 1956, just a couple of months before The Flash re-emerged in Showcase #4, but, like Captain Flash, and even the Martian Manhunter, he's thought to be one of the last Golden Age characters instead!
On that basis, we at Atomic Kommie Comics™ have revived Nature Boy as part of our Lost Heroes of the Golden Age of Comics™ line, on t-shirts, messenger bags, mugs and other kool kollectibles!
It's unlikely that Alex Ross will include him in Project SuperPowers, but we felt he was worth re-presenting to the comics world, even if it's just on tchochkies!
He was one of the last, but hardly one of the worst...
Posted by Britt Reid at 8/15/2009 06:53:00 PM No comments:

The Cartoon Book WITHOUT Cartoons! 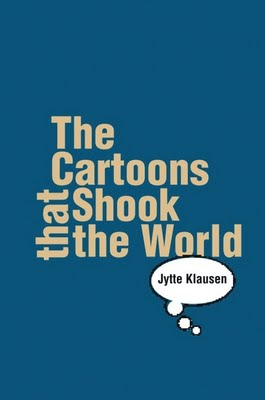 "...except we won't show you the cartoons!"
"Freedom of speech is at stake here, don't you all see?
If anything, we should ALL make cartoons of Muhammad, and show the terrorists and the extremists that we are all united in the belief that every person has a right to say what they want!
Look, people, it's... been real easy for us to stand up for free speech lately!
For the past few decades we haven't had to risk anything to defend it.
But those times are going to come!
And one of those times is right now!
And if WE... aren't willing to RISK... what we have, then we just believe in free speech, but we don't defend it."
Chris in South Park "Cartoon Wars"

It's a sad world where a cartoon character has more sense and courage than John Donatich, the director of Yale University Press, publishers of an upcoming book by a noted authority on Islam about the Muhammad editorial cartoons published in a Danish newspaper in 2005, and the ensuing controversy (to put it mildly)!

The book, The Cartoons that Shook the World!, will NOT contain the cartoons themselves!

It's like doing a book analyzing the classic comic strip Peanuts, but not using a single illustration of Charlie Brown, Snoopy, Linus, Lucy, or any of the characters, or reprinting any of the strips!
Instead the author would just describe them in the text!

In addition, Yale removed all the other Muhammad images included in the book as comparisons, including centuries-old fine art published in encyclopedias and currently on exhibit in noted museums!

Needless to say, author Jytte Klausen is pissed!
She said “Muslim friends, leaders and activists thought that the incident was misunderstood, so the cartoons needed to be reprinted so we could have a discussion about it.”
Makes sense, right?

Donatich is quoted as saying the reason NOT to print the cartoons in the reference book was “when it came between that and blood on my hands, there was no question.”
What the hell is he talking about?
There has been no outcry about the book's impending publication, despite the fact that it was originally announced last year!
No death threats!
No fatwahs!
So, what is Donatich afraid of?
Is he buying into the stereotype of Muslims being fanatics who would kill him for publishing this book?
An academic who believes in ethnic stereotypes?
Now THAT'S scary!
Posted by Britt Reid at 8/14/2009 02:35:00 PM No comments:

Design of the Week--The War that Will NEVER Happen... 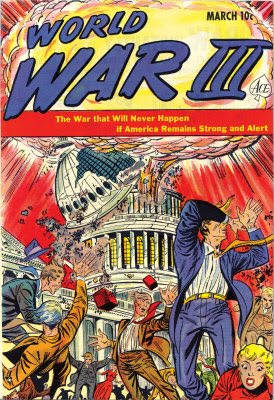 Each week, we post a limited-edition design, to be sold for exactly 7 days, then replaced with another!
This week...
You can look good while you duck-and-cover with our kool, retro (but not radiation-proof) World War III kollectibles showing a possible future nuking of the Capital building in Washington DC by an unnamed foreign power!
This 1950s one-shot comic detailed the possible events leading up to the Final War and how, thru constant vigilance against the Commie Threat, we average American citizens can thwart it!

Then, it was the U.S.S.R., since North Korea had no nuclear weapons.
Today, the U.S.S.R. is gone, replaced by the less-dangerous Russia.
However, a Communist nuclear threat remains...but now it's North Korea!
The more things change, the more they stay the same (sort of).
Posted by Britt Reid at 8/13/2009 08:17:00 AM No comments: 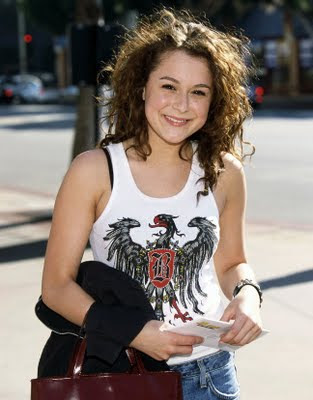 Currently starring as the title character in the tv series Ruby & the Rockits, Alexa Ellesse Vega was a child star, making her debut in the movie Little Giants and tv series Evening Shade at age 6 and hasn't stopped working since!
Trivia: Utilizing her training in gymnastics, she performed most of her character's stunts in the Spy Kids films.
Alexa was going to play Stacey Thompson in Shorts (directed by Spy Kids writer/director Robert Rodriguez), but had to drop it due to a scheduling conflict.
She's performed songs on three soundtracks for films she's been in: Spy Kids 2, Spy Kids 3-D, and Repo (all genre films!)
Alexa made her Broadway debut in 2007 in Hairspray!Genre appearances include...
The Mine (Sharon)
Repo! the Genetic Opera (Shilo Wallace)
Spy Kids / Spy Kids 2: Island of Lost Dreams / Spy Kids 3-D: Game Over
(Carmen Cortez)
NetForce (Susie Michaels)
Dennis the Menace Strikes Again (Gina Gillotti)
Shattered Mind aka Terror Inside (Sarah) 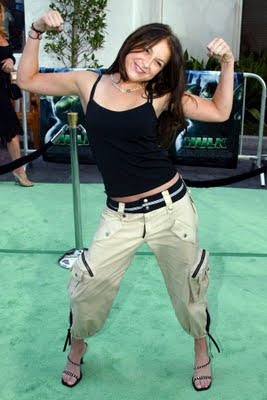 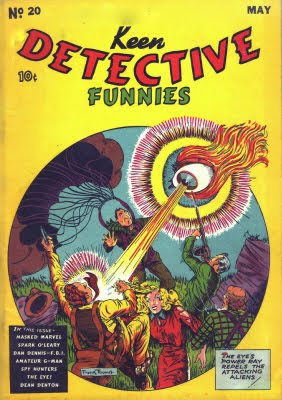 The Eye was a giant, flaming, sentient eyeball!
Seriously!
The actual title of the strip was "The Eye Sees..." and no origin was ever given to the character, but the implication was that The Eye was an extradimensional or extraterrestrial entity, not a human ghost or reincarnated spirit like The Spectre or Captain Trumph, as he (it) didn't really understand human behavior, but was obsessed with the concept of justice, working hand in...whatever...with private eye Jack Barrister in dispensing it.
Like The Spectre, The Eye had near-infinite abilities including being able to warp and alter time and space, although he (it) usually limited him (it)self to generating heat rays or a searchlight beam, grow or shrink, fly, and teleport just about anywhere.

He (it) appeared in every issue of Keen Detective Comics from #16 onward to the end of the run, sometimes as the cover feature.
Then, he (it) was given his own title, Detective Eye, for two issues, ironically featuring fellow hero Air Man on the first cover and Jack Barrister (without The Eye) on the second!

We at Atomic Kommie Comics™ have revived The Eye as part of our Lost Heroes of the Golden Age of Comics™ line, on t-shirts, messenger bags, mugs and other kool kollectibles!
While he (it) hasn't been included in Alex Ross' Project SuperPowers as of yet, we think we'll be seeing him soon!
So keep an eye out for...The Eye, because he (it) will be watching you!
Posted by Britt Reid at 8/11/2009 06:23:00 PM No comments: 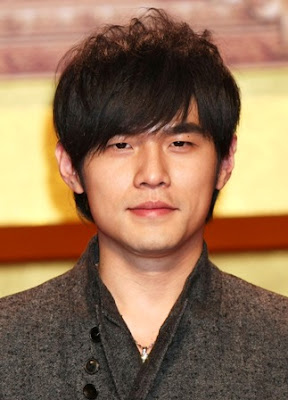 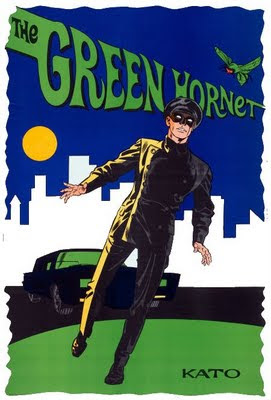 in
The Green Hornet!
Chou is a singer / actor whose credits include the male ingenue lead in Curse of the Golden Flower, so he has both acting and action experience!
ALSO: Edward James Olmos has joined the cast, but as a good guy...or a bad guy?
Green Hornet art by Gil Kane
Posted by Britt Reid at 8/10/2009 01:29:00 PM No comments: 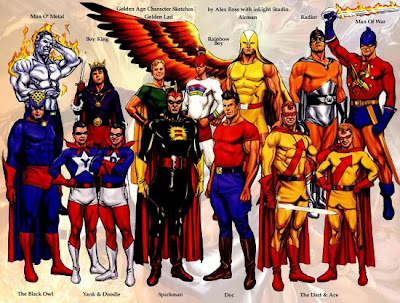 In addition, you can find Atomic Kommie Comics™ kool kollectibles emblazoned with the ORIGINAL 1940s classic cover art featuring these classic characters...
Air Man
The Black Owl
(both of them!)
Boy King
Dart & Ace
Doc Strange (aka "Doc")
Golden Lad
Man of War
Radior
Rainbow Boy
Yank & Doodle
at
Lost Heroes of the Golden Age of Comics™!
SparkMan will be added shortly. but, unfortunately, we've been unable to find solo cover appearances for Man O'Metal.
If you know of any, e-mail us the issue numbers and we'll track 'em down and scan them!

And don't forget to buy the NEWEST Project SuperPowers comics including...
Black Terror,
Death Defying 'Devil,
Masquerade,
and Project SuperPowers "Volume 2",
as well as Savage Dragon!
ON SALE NOW!
Posted by Britt Reid at 8/09/2009 01:30:00 AM No comments: