Welcome to our second blog...Femmes Fantastique! 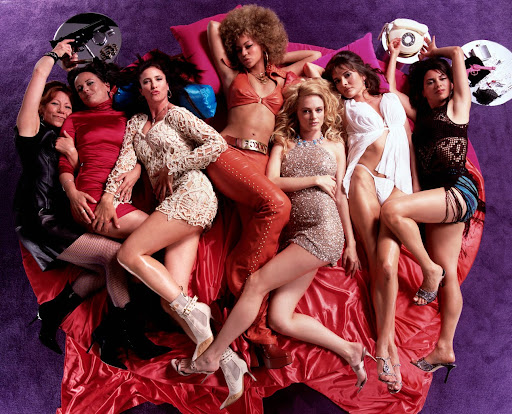 One of our blog's most popular features has been the ongoing Fantastic Femmes series featuring beautiful women of science fiction and fantasy movies and tv.
It's been so popular that we've decided to do a spin-off blog...Femmes Fantastique!
We'll be posting at Femmes Fantastique at least twice weekly, both with follow-ups to previous entries from this site (like our premiere FF entry, Jessica Alba) with updated credits and links, and new entries we'll cross-post on both blogs, like tomorrow's entry on Liza Lapira.
So bookmark the Femmes Fantastique rss feed, or come visit every week.
There'll aways be something new!


Above is the header pic for the blog, featuring the women of all three Austin Powers

Design of the Week--Green Hornet Vs. Death! 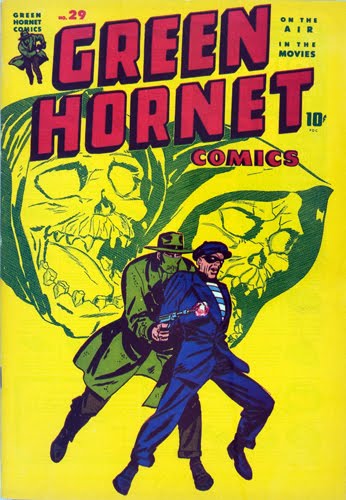 With the release of the first new Green Hornet comic

in almost 20 years, and the upcoming big budget movie we're proud to present our own contribution to the growing buzz over the revival of the classic character...a kool symbolic cover from 1946's Green Hornet Comics #29 featuring The Green Hornet

and some wild skull-like Deaths-Heads!

Available on t-shirts, messenger bags, mugs, and other kool kollectibles, this particular cover isn't on our main product line of Classic Green Hornet collectibles, so pick it up now, before it goes back into the nest!
Posted by Britt Reid at 3/12/2010 12:51:00 PM No comments:

Kooba Cola: the Drink That NEVER Was... 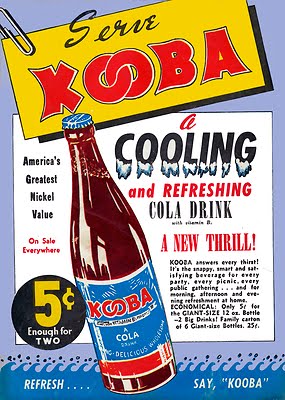 In 1940, Victor Fox, publisher of WonderWorld Comics, Mystery Men Comics, Weird Comics, and other titles featuring The Blue Beetle, Samson, The Flame, among others, conceived an audacious marketing scheme.
Inspired by the success of Pepsi

, he decided to promote Kooba Cola, "The World's Newest and Best-Tasting Soft Drink!" in ads in his entire line of comic books.
It was also "Delightfully Refreshing and Contained 35 USP units of Vitamin B-1 for the Sake of Health and Nutrition!"
When Fox's The Blue Beetle starred in a short-lived radio show

that summer, he was sponsored by Kooba Cola!

Wait a second...
What's that?
You've never even heard of Kooba Cola? 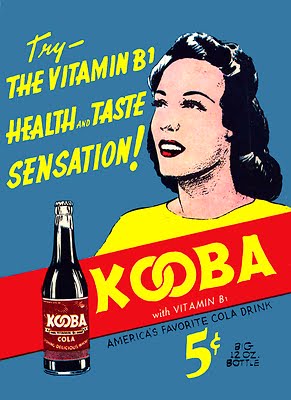 That's because it didn't exist, except as a couple of mocked-up bottles used as props in ads and as art reference for illustrators.
(You'll note they couldn't even figure out what the color scheme for the label was!
It changed from ad to ad!)
Fox thought he could create a demand for Kooba, then license the name to one of the big soft drink companies, let them do the work of actually creating, bottling, and shipping the stuff, then he'd rake in royalties on the name!
It didn't work.
The "buzz" never developed.
The soda pop was never actually produced.
Even Kooba's "sponsorship" of The Blue Beetle radio show

was just part of the show's script, not paid ads! (One of the reasons the show only lasted four months!)

But, such visionary hucksterness should not be forgotten!
(Besides, the ads were rather kool.)
So we at Atomic Kommie Comics™ decided to re-present the Soda That Would Not Die on collectibles ranging from Beachwear to mugs, messenger bags (and the irony of doing bags with "Kooba" on them hasn't escaped us!) and hoodies at KoobaCola 1 and KoobaCola 2!

So celebrate what could have been one of the bubbliest success stories of soft drink entepreneurship, but instead fizzled out and fell flat!
(You just knew we were gonna do a pun like that, didn't you?)  ;-)
Posted by Britt Reid at 3/11/2010 02:28:00 AM 1 comment: 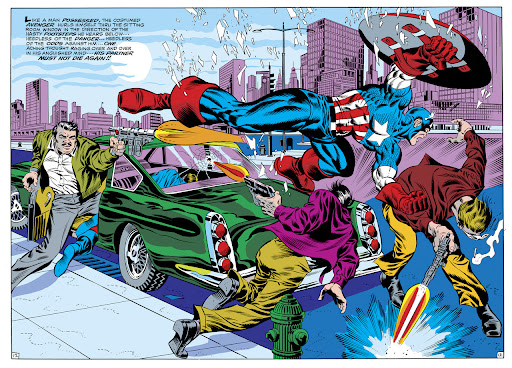 (all the rest).
Why?
Because I love Silver Age art and I felt like it
Y'know I don't plug my collectibles everyday! Just most days...  ;-)
Click on the art to enlarge
Enjoy! 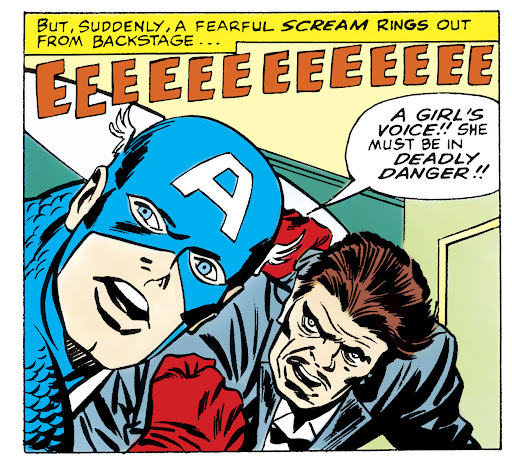 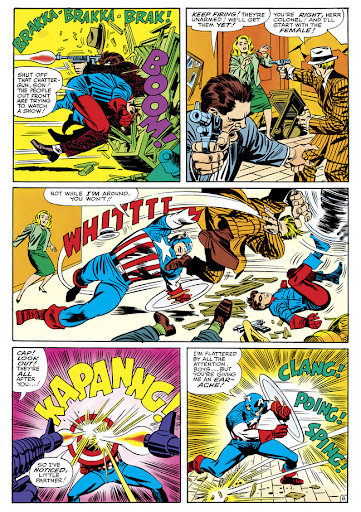 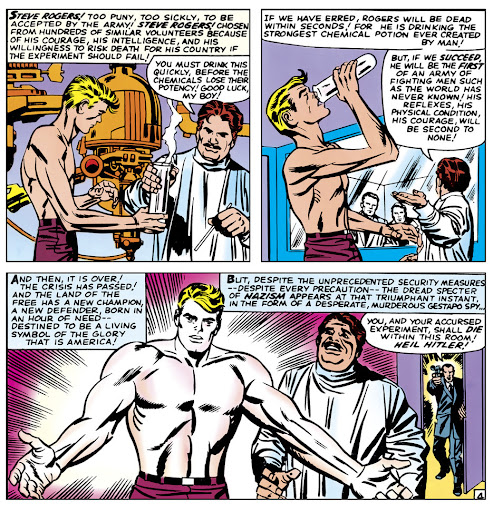 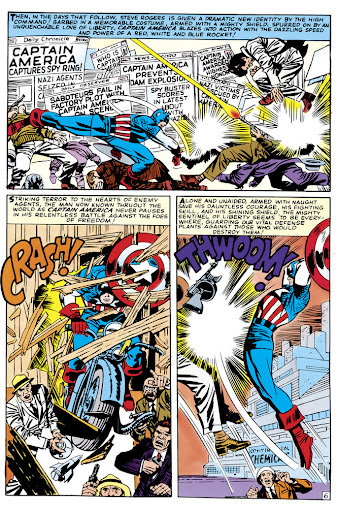 Aviators of the Golden Age of Comics Cover Gallery 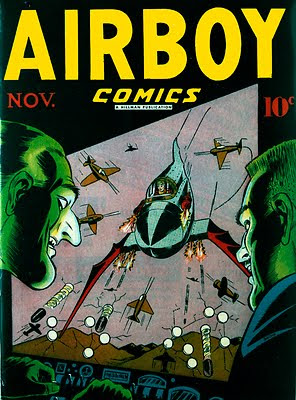 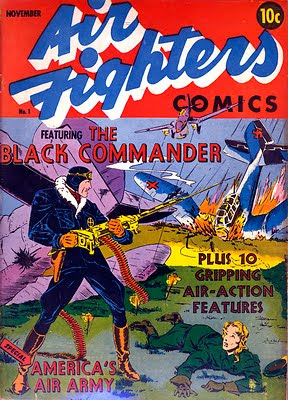 ...The Black Commander (who appeared with AirBoy in Air Fighters Comics 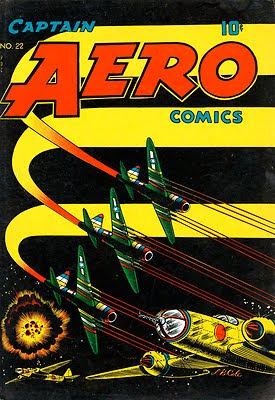 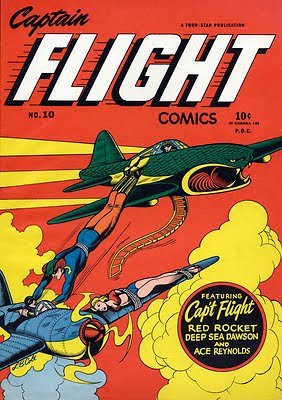 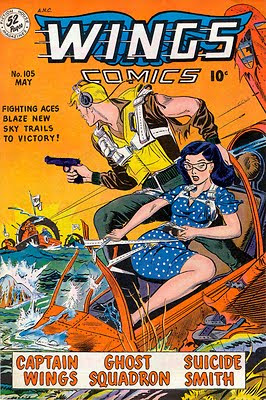 ...and Captain Wings!
BTW, did we mention that ALL these covers (and seven more including Captain MidNight 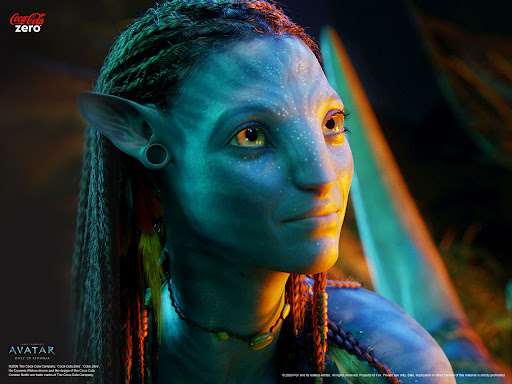 Too bad Fantastic Femme Zoe Saldana wasn't nominated for an Oscar for her performance as Neytiri.
If you just think of it as "digital makeup" rather than animation, it's as award-worthy as any performance in makeup (like John Hurt's performance in The Elephant Man 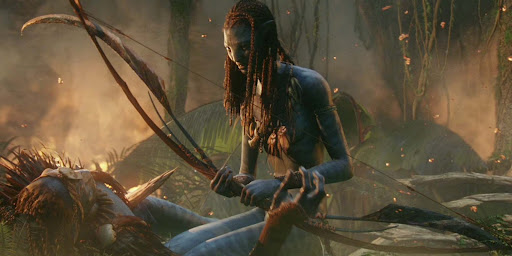 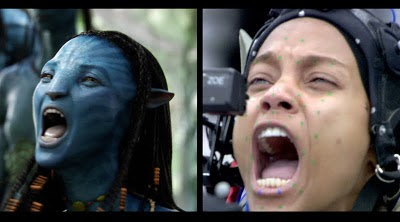 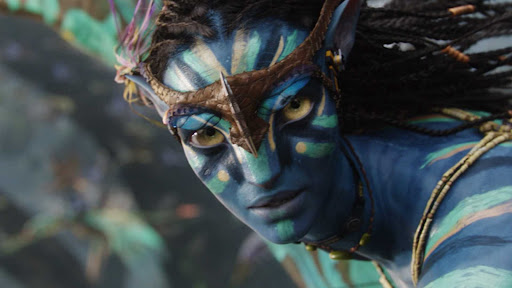 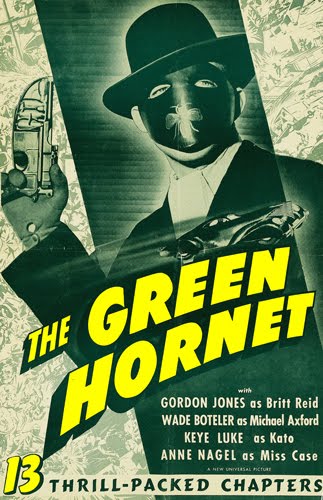 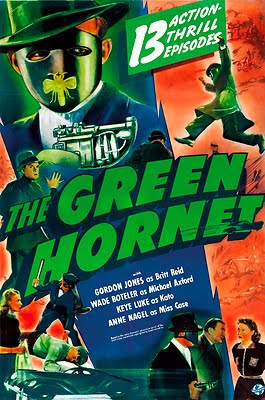 starring Gordon Jones as Britt Reid / Green Hornet and Keye Luke as Kato.
One of the better serials of the period, faithful to the source. 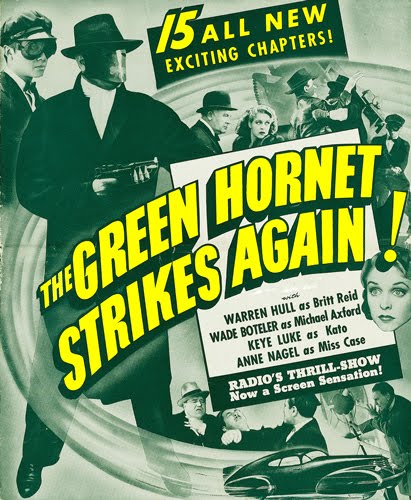 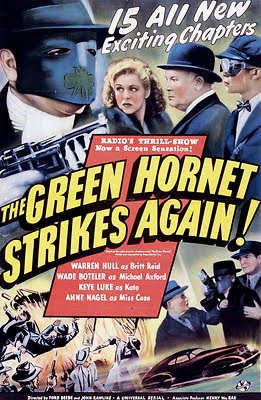 with Warren Hull replacing Gordon Jones, but Keye Luke back as Kato. 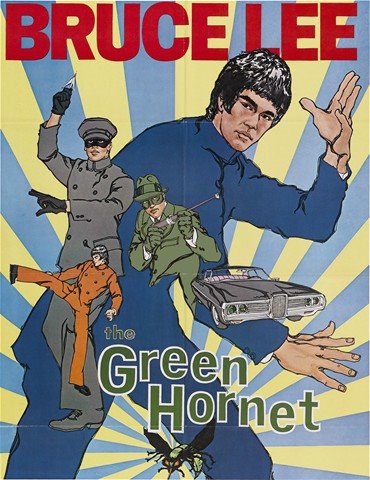 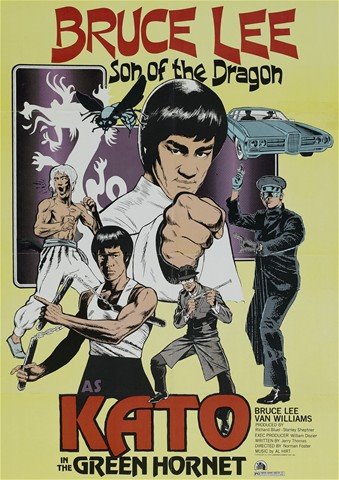 And the early 1970s film compilation