Pretty appropriate for the 4th of July weekend, eh? 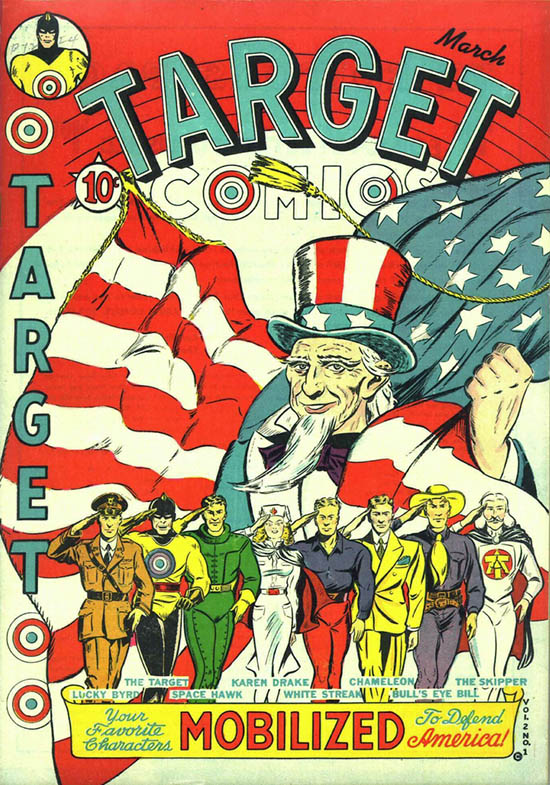 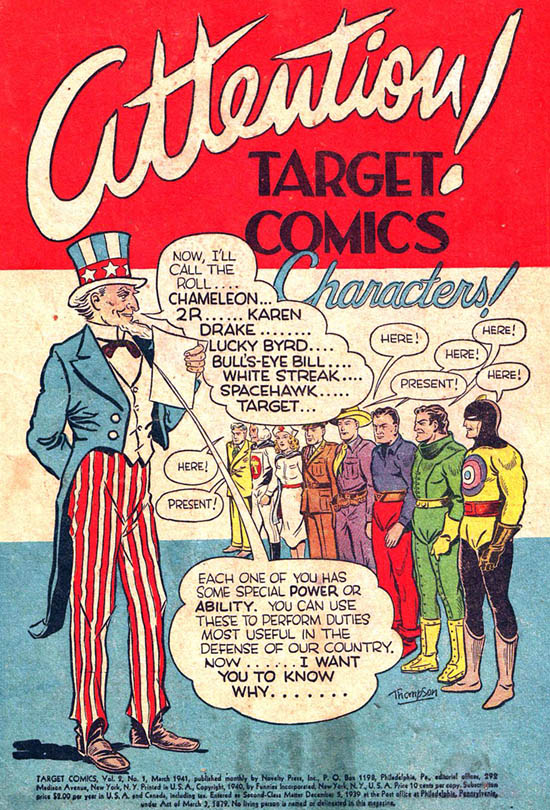 The story's about to take a sharp turn for SpaceHawk as things get multiversal, kiddies! 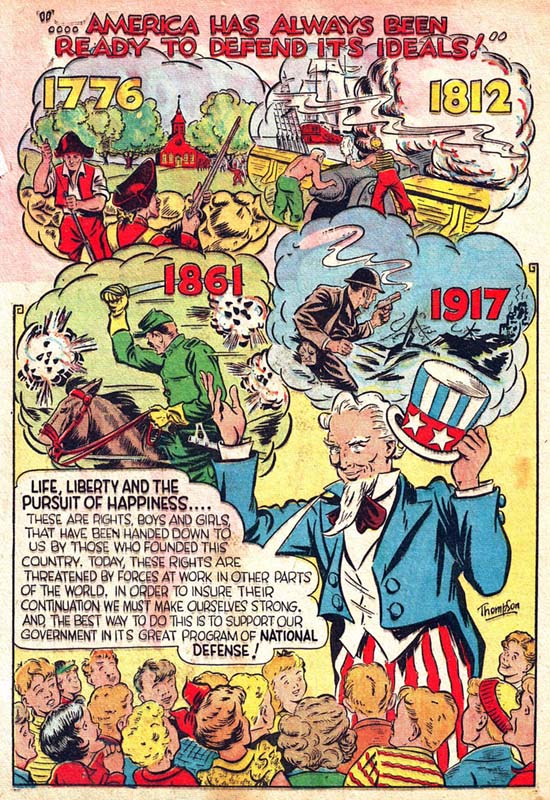 Oddly, the 1861 image, showing the Civil War, doesn't show a cavalryman wearing either Union blue or Confederate gray...but green, which wasn't an official uniform color during that period in American history! 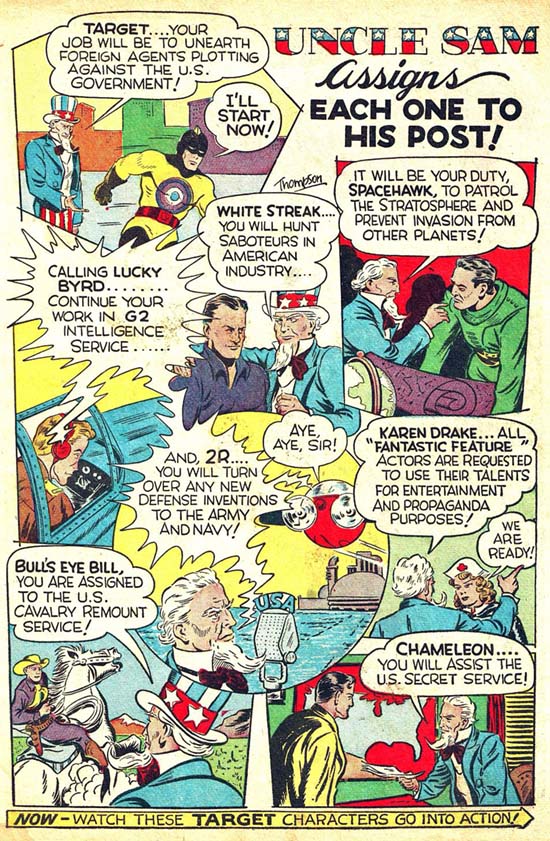 In 1940, with World War II underway, most Americans accepted it was only a matter of time until we were drawn into the war.
As the government began to scale up military preparations, the entertainment media started turning their characters towards dealing with the potential threats from across both oceans!
Comic book and pulp heroes began encountering thinly-disguised surrogates for German, Japanese, and Italian spies and soldiers.
In perhaps the best-known of these stories, Superman invaded Germany and Russia, grabbing Hitler and Stalin, and brought them to trial!
(And this was in 1940!)
As for this tale from Novelty Press' Target Comics V2N1 [13] (1941), though the writer is unknown, it may be editor David Adams.
Illustrator Ben Thompson likely was assigned the cover and short feature because he wasn't the artist on any of the series, but made an effort to deliberately match the various styles of the other artists on their respective characters.
SpaceHawk didn't begin his assignment immediately, as he was finishing up a two-part story on Neptune, as we showed HERE!
With the next issue, though, he jumped into the fray!
But, due to racial stereotypes common to World War II entertainment media, we can't show it to you on this blog!
You'll have to go HERE to see it!
Posted by Britt Reid at 7/02/2022 07:00:00 AM