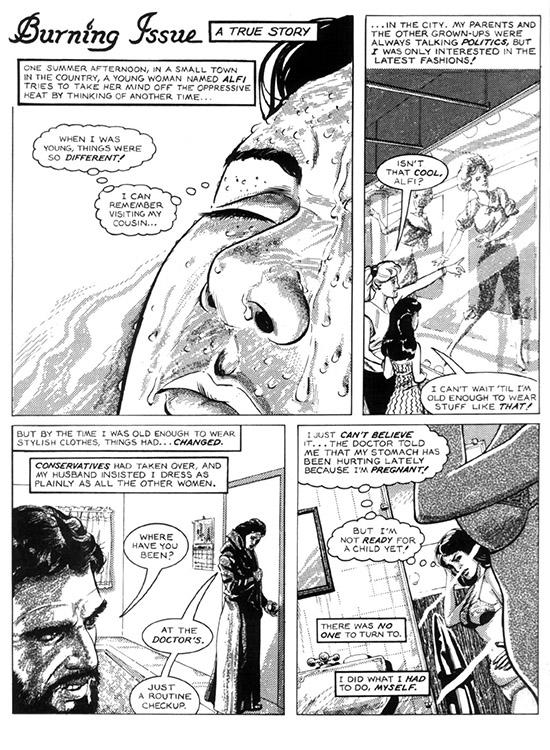 ...when you are dealing with people who believe America should be like this! 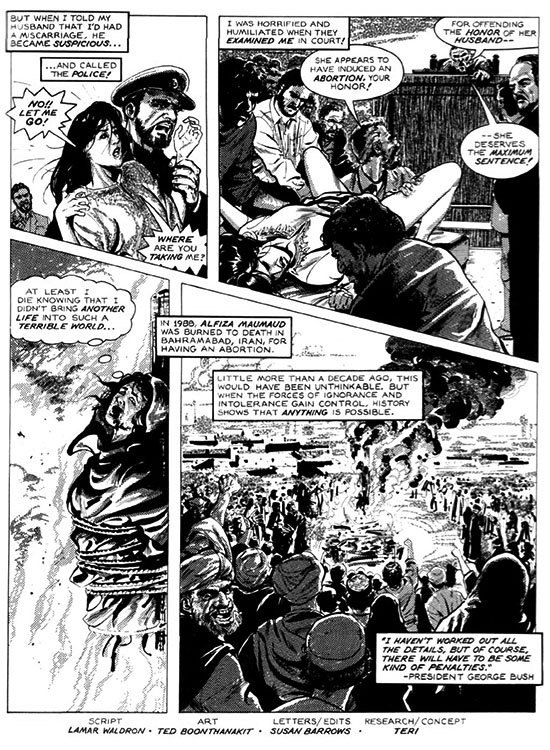 Nope, this isn't America...yet!
But we're sure as Hell headed there as our own conservative religious fundamentalists start dominating the government!
From Isis Press' Choices: a Pro-Choice Benefit Comic for the Anthology National Organization for Women, produced to raise money after the Supreme Court ruling of Webster V Reproductive Health Services (1989) began the re-imposition of limits to the rights of women over their own bodies!
There will be more in the coming weeks!