What do you do with a wartime character after a war? 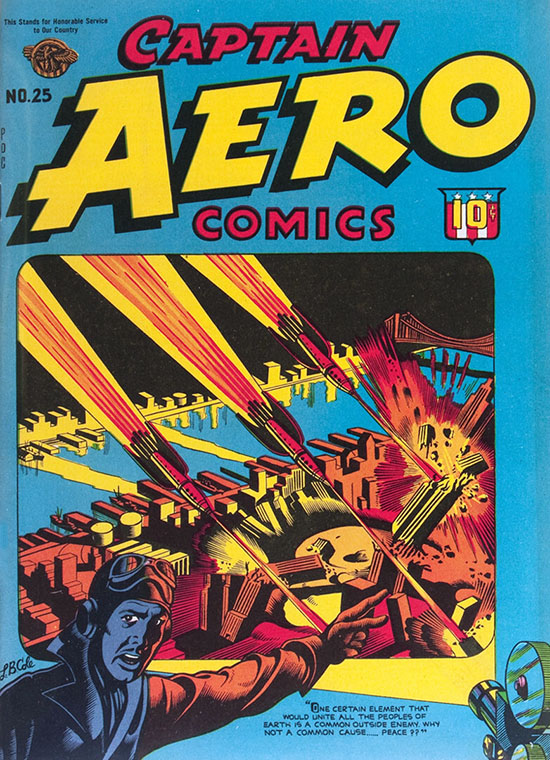 In the case of fighting aviator Captain Aero, you make him into a space-going fighter! 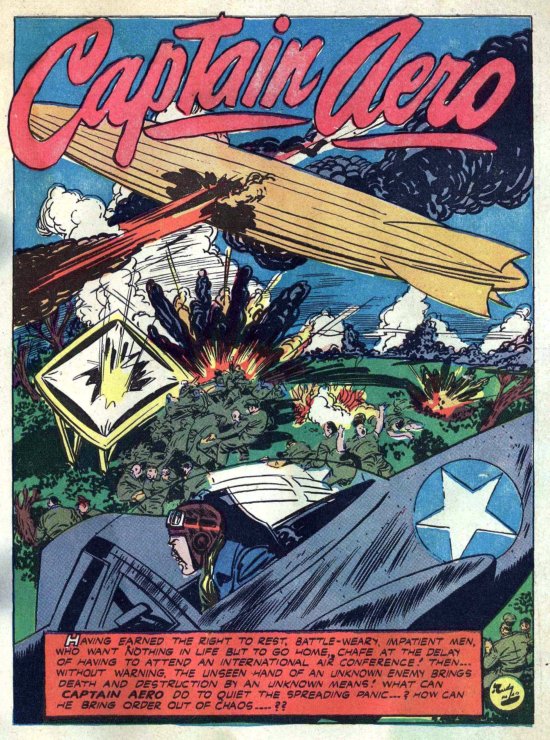 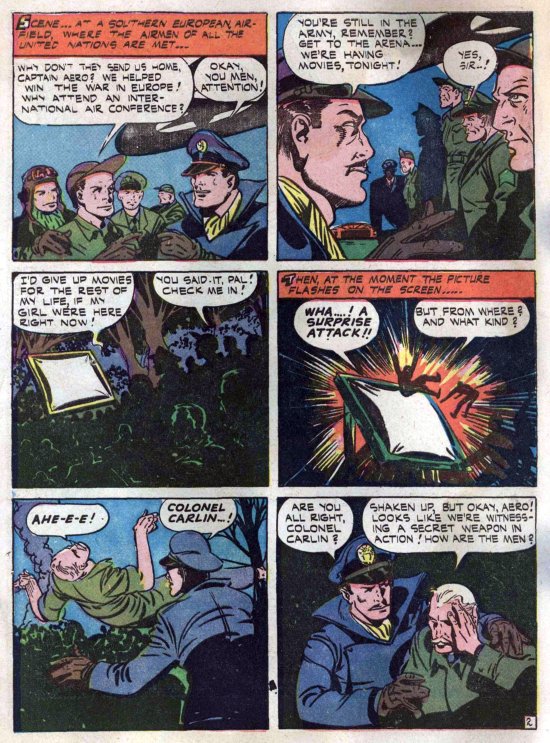 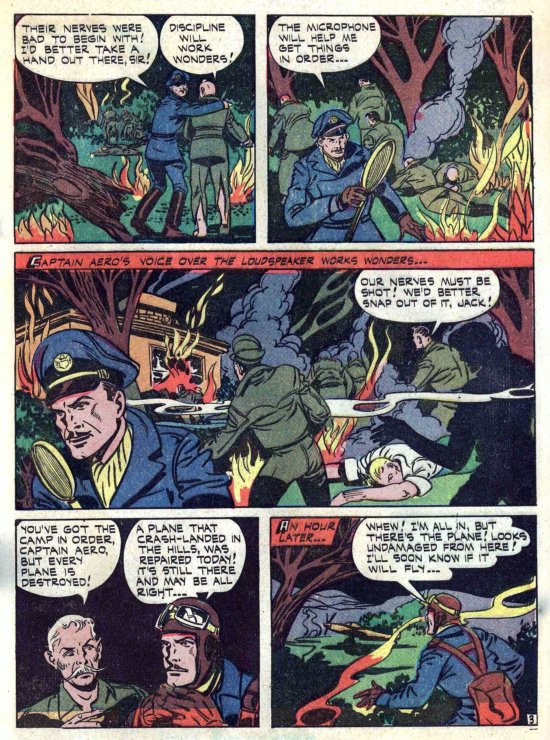 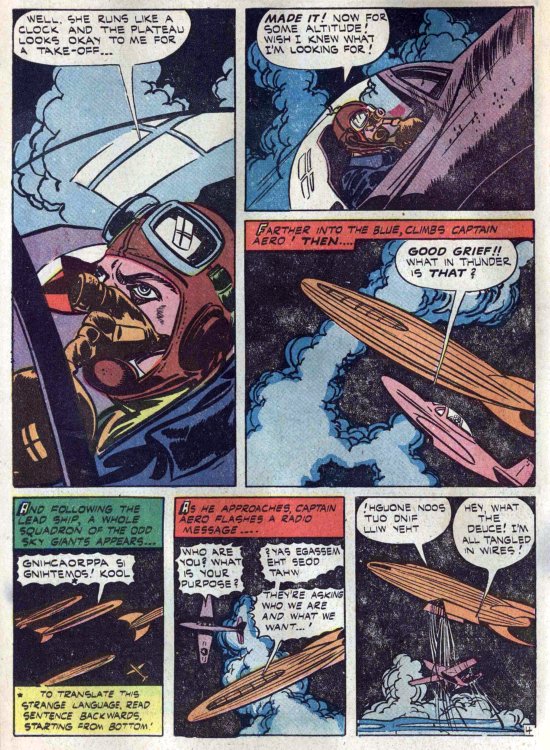 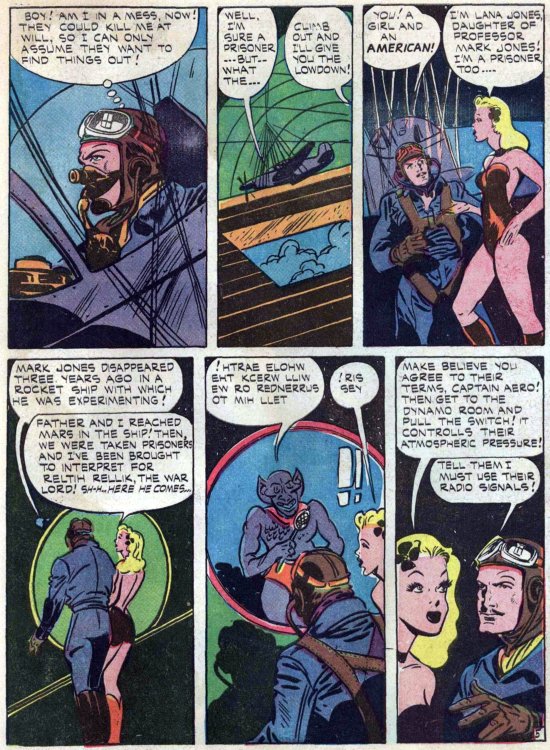 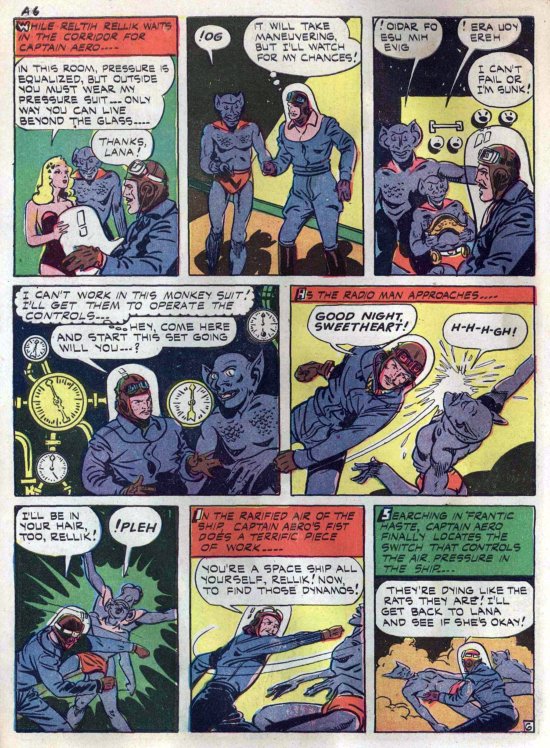 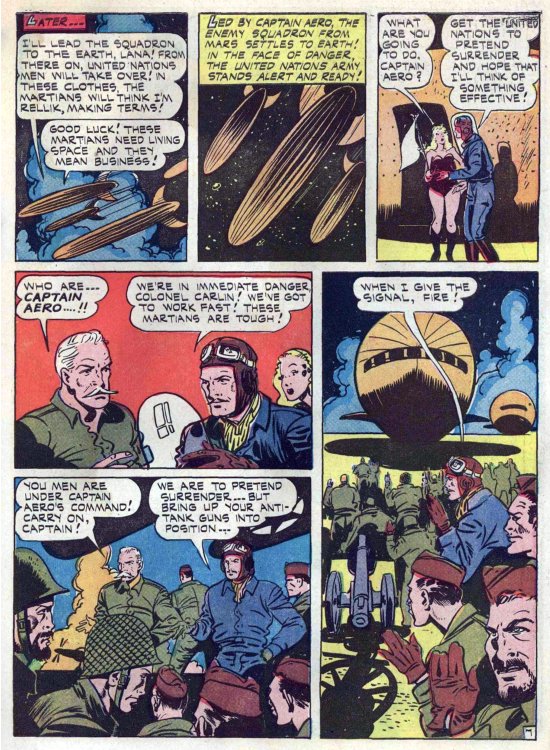 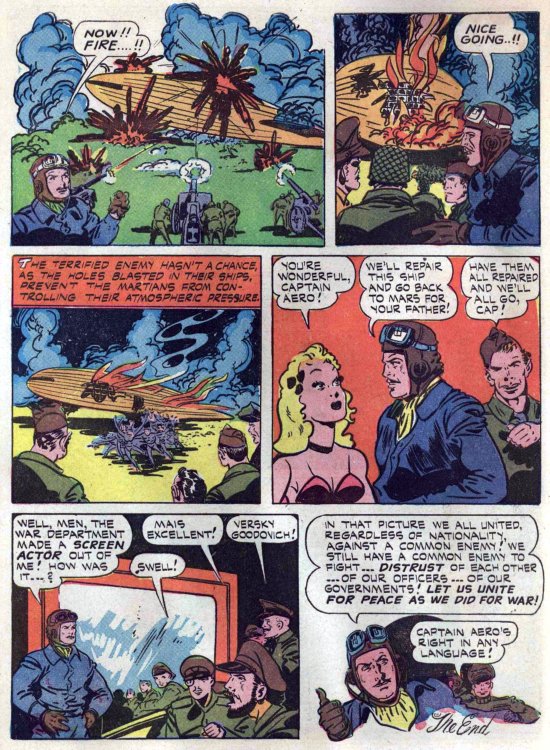 Art by Rudy Palais, writer unknown.
Captain Aero was one of numerous independent costumed aviators who fought the Axis in comic books during World War II.
His few distinctive traits included a mustache that came and went depending on the artist and an aircraft that could use its' propeller like a buzz-saw.
(The laws of physics were rarely-followed in Golden Age comics!)
In his early days he was assisted by the Sky Scouts, a gang of tweens and teens who wanted to be aviators, and who were popular enough to briefly have their own backup strip.
By the time of this never-reprinted story's publication in Holyoke's Captain Aero Comics #25 in 1946, WW II was over, and sales on military-themed comics were dropping.
A number of them, like Blackhawk, shifted to battling criminals and/or Communist spies.
But not Captain Aero!
He was destined for bigger things...like interplanetary conflict!
The series' change of concept was taken even further in the next issue...as you'll see in two weeks!
But be here next week as space-going hero SpaceHawk begins his descent from spanning the galaxy of the far future to patrolling (then0 present-day Earth!
Support Atomic Kommie Comics
Visit

Thrilling Science Fiction Tales
featuring the cover art from this issue of Captain Aero Comics by LB Cole!
Posted by Britt Reid at 6/25/2022 07:00:00 AM