We're leading into October with a monstrous two-part tale (in more ways than one)... 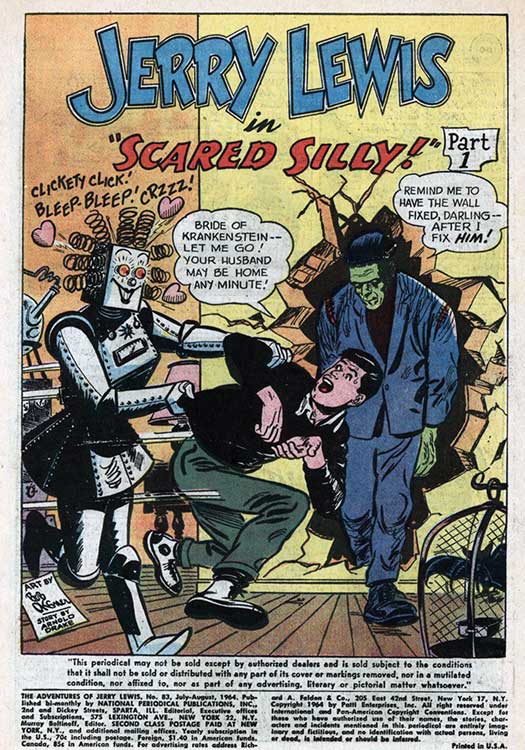 ...as a renamed Frankenstein and friends meet...Jerry Lewis??? 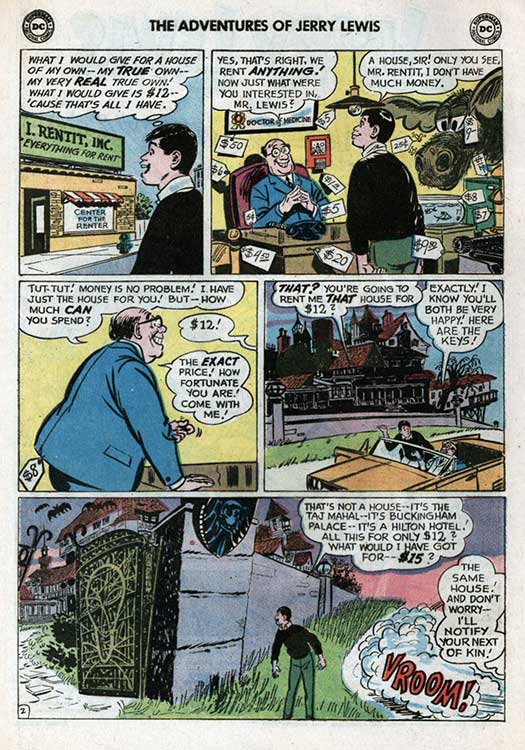 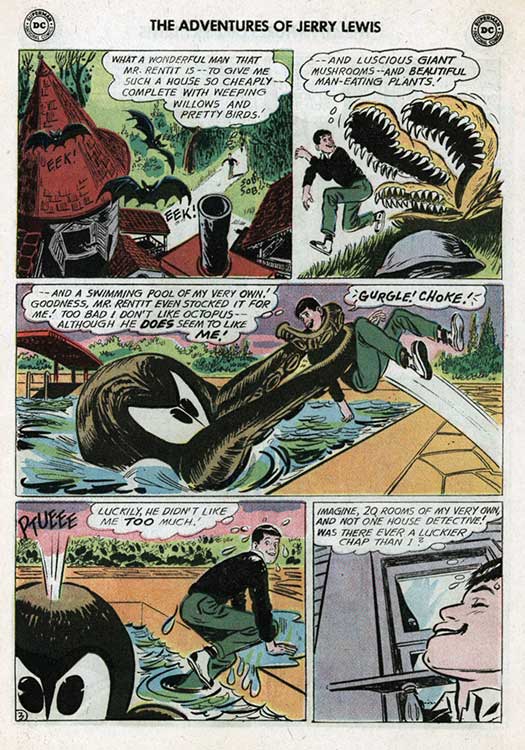 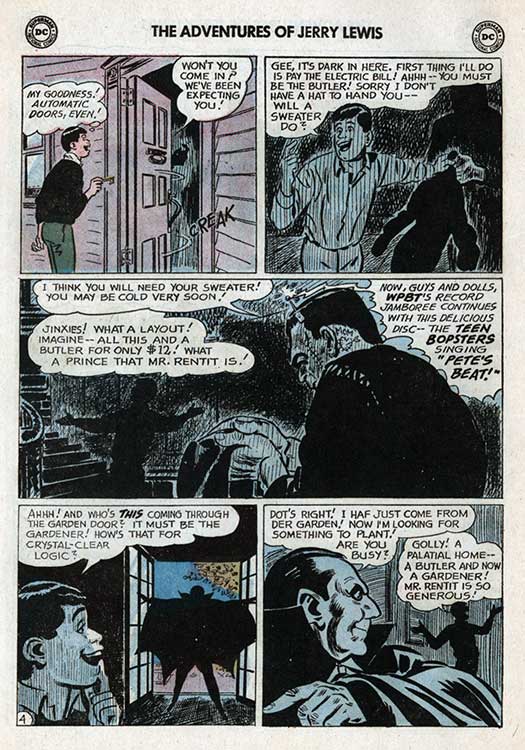 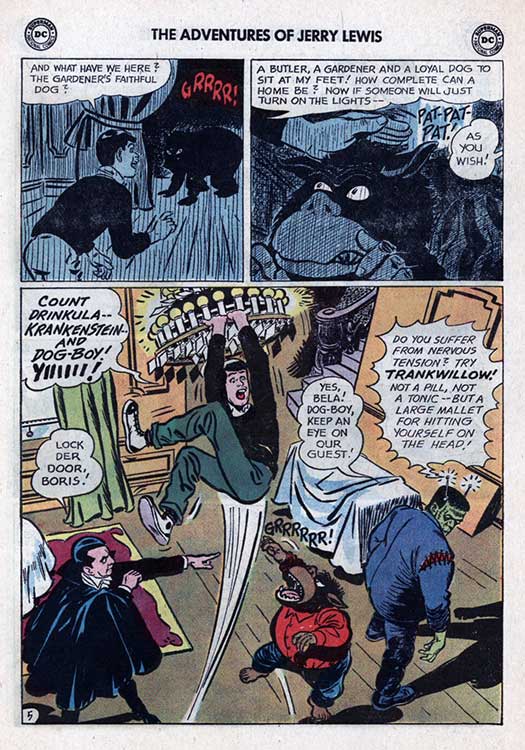 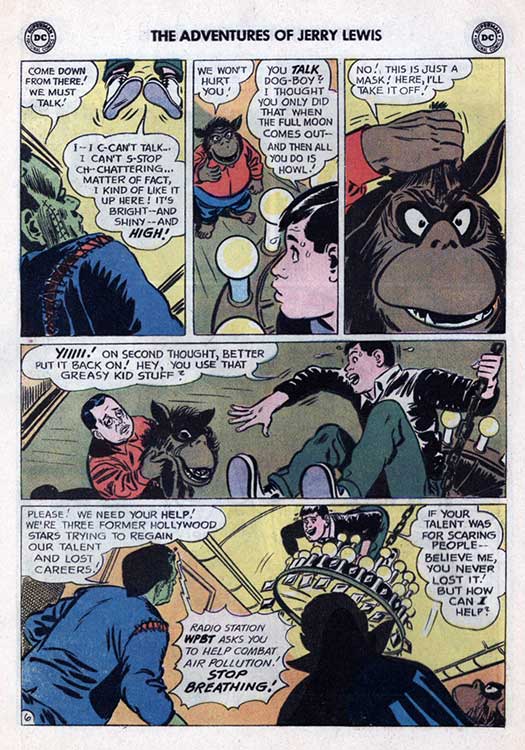 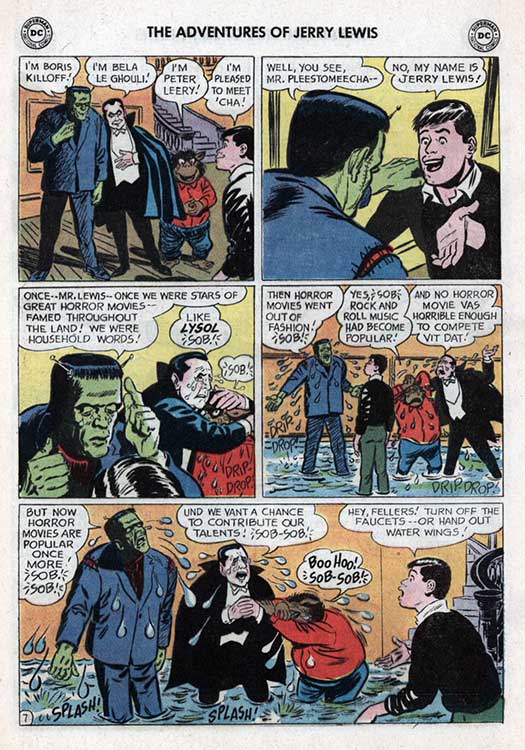 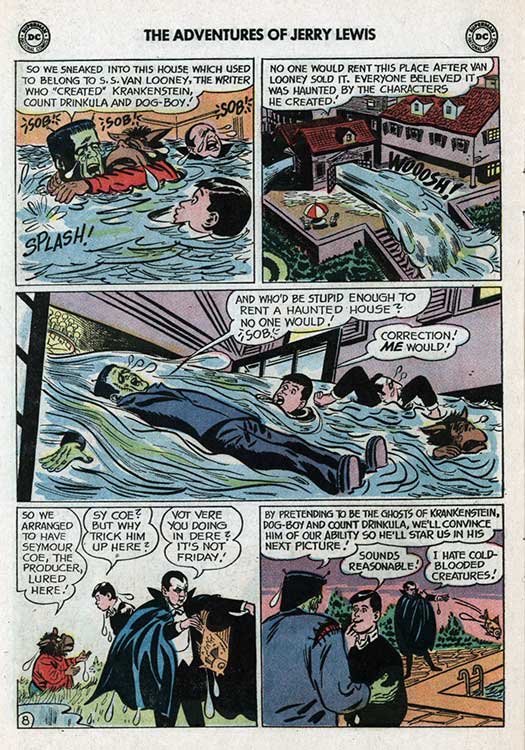 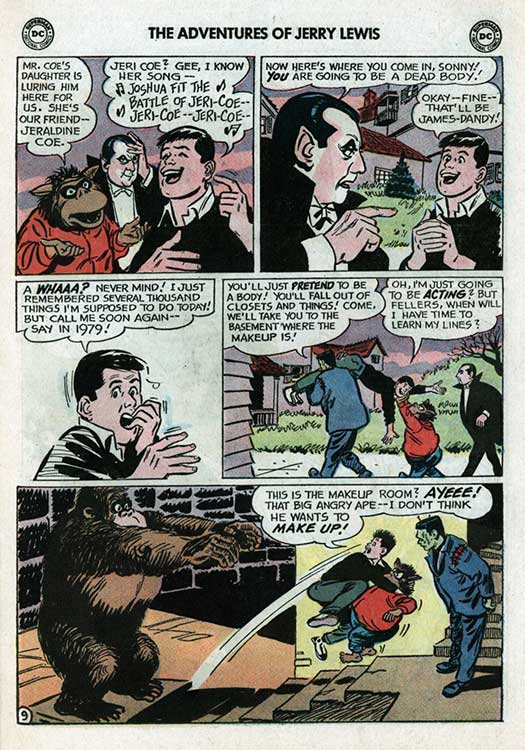 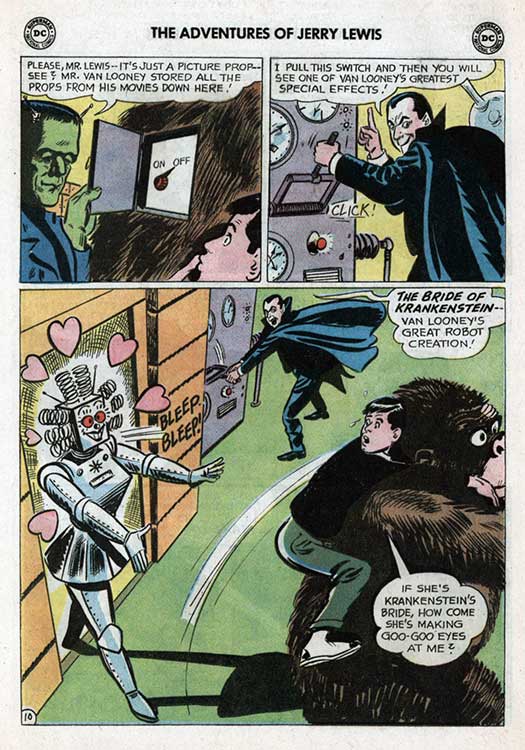 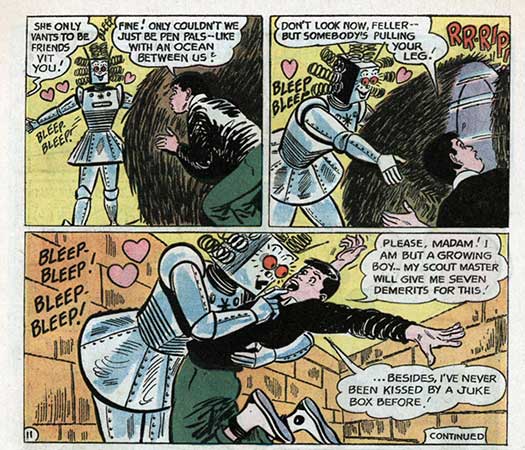 To Be Continued...NEXT FRIDAY!
This rather weird tale from DC's Adventures of Jerry Lewis #83 (1964), written by Arnold Drake and illustrated by Bob Oksner, was typical of the sort of stories that appeared in the comics DC published based on real-life entertainment personalities.
Though all but non-existent now, from the 1940s until the 1970s, almost every company published a couple of them!
Most were based on adventure/action actors like John Wayne, Buster Crabbe, or Roy Rogers, usually with an Old West theme.
But DC's longest-running ones were based on Jerry Lewis (124 issues plus a Super DC Giant from 1952 to 1971) and Bob Hope (109 issues from 1950 to 1969), both of which leaned heavily on fantasy/sci-fi plotlines and haven't been reprinted since that aforementioned Super DC Giant a half century sgo!
Note: outside of Universal monster movie re-runs on TV, the place kids most frequently saw Frankenstein and his pals in the 1960s were in comic books like  the Lewis and Hope comics (where they became ongoing characters), Archie's MadHouse, and the short-lived campy Dell Comics superhero versions of Dracula, Frankenstein, and WolfMan (renamed "WereWolf")!
While the Comics Code Authority. didn't allow "serious" versions of the characters, they apparently had no problem with humorous versions...or versions clearly-shown to be aliens or androids/robots!
That changed when the Code was modified in 1971 to allow the "classic" versions to once more appear in four-color comics.
Please Support Atomic Kommie Comics
Visit Amazon and Order... 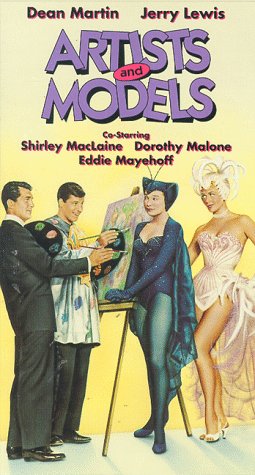