Our anti-Union/pro-"Right to Work" President... 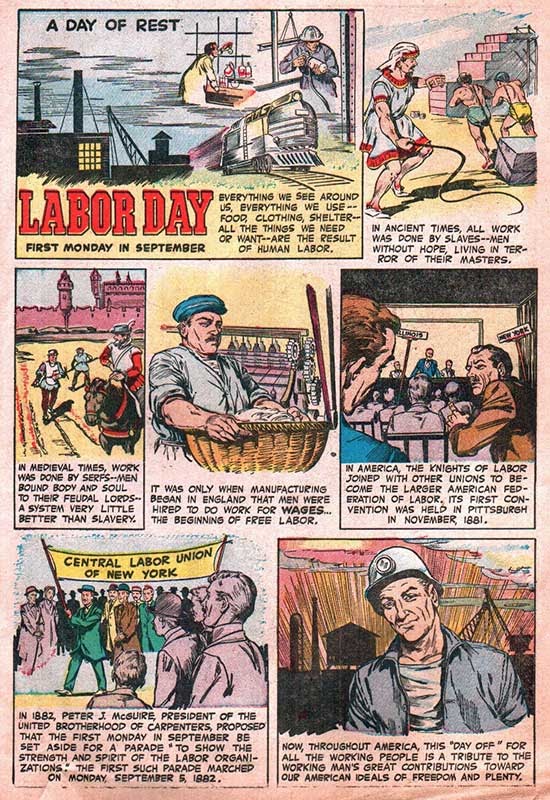 ...wouldn't have unions at all, if he could somehow sing it!
Why is this 1955 comic entitled "Every Day's a Holly Day" instead of "Every Day's a Holiday"?
Because it was given away to kids by grocers who sold Holly Sugar!
Illustrated by John Rosenberger, it's a unique pamphlet covering a number of American holidays, including both Lincoln and Washington's Birthdays (before they were combined into "Presidents' Day" in 1962), Mothers' Day (though not Fathers' Day), Flag Day, Independence Day, Labor Day, Thanksgiving, and a couple of holidays we've largely abandoned...Pan-American Day and American Indian Day!
We'll be presenting the other chapters on the dates they fall upon.
Watch for them!
(BTW, Monday Madness will return next week...) 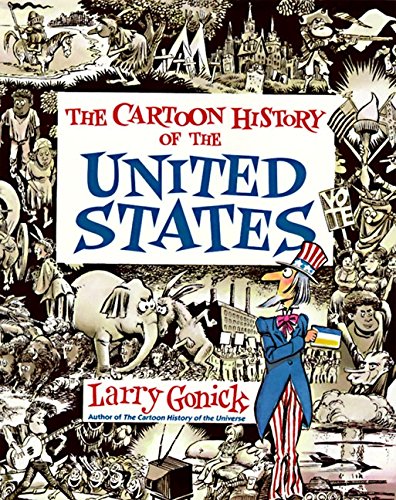