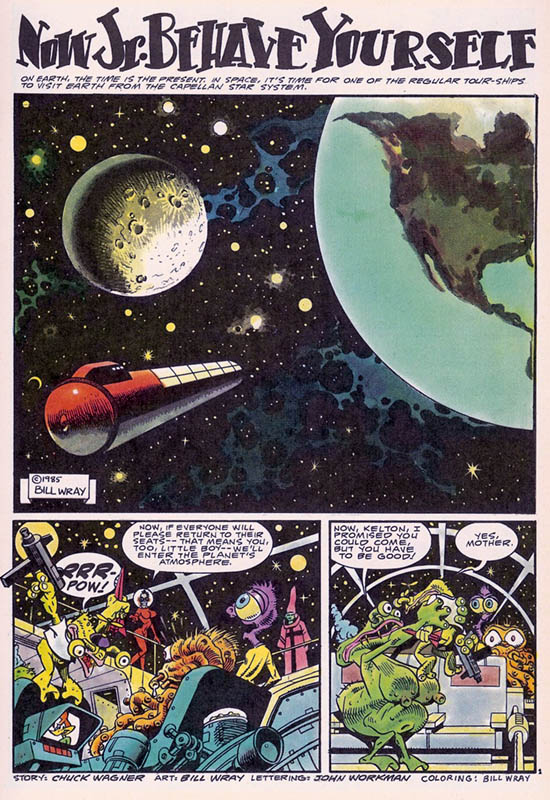 ...and we think that, with all the problems in the world, we need a laugh! 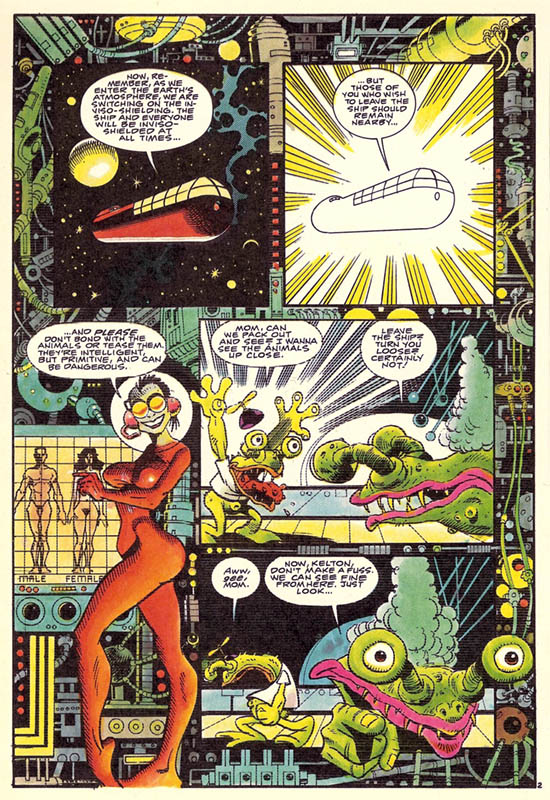 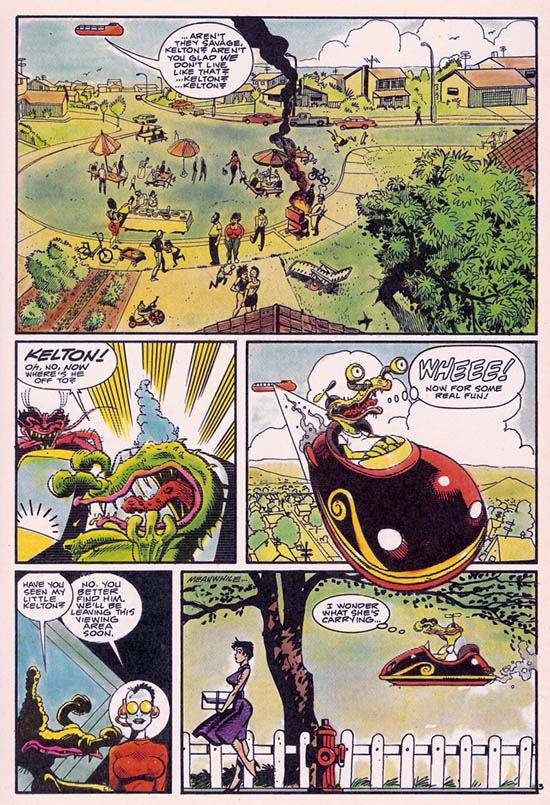 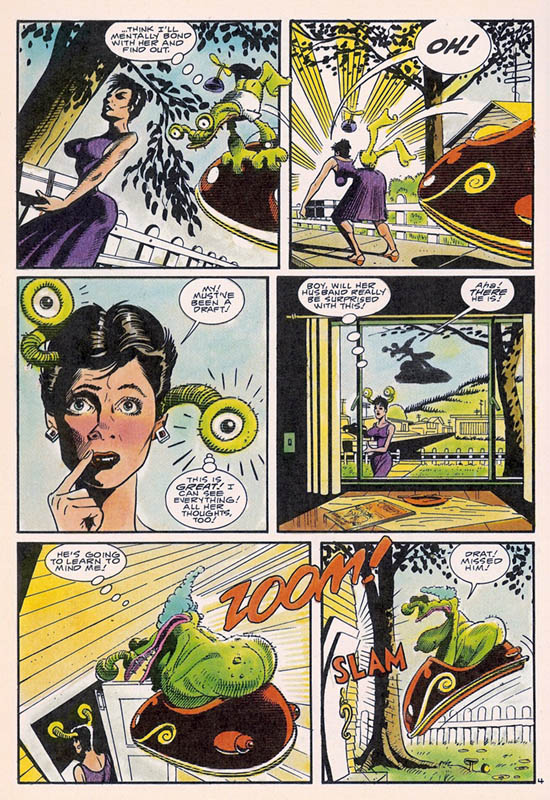 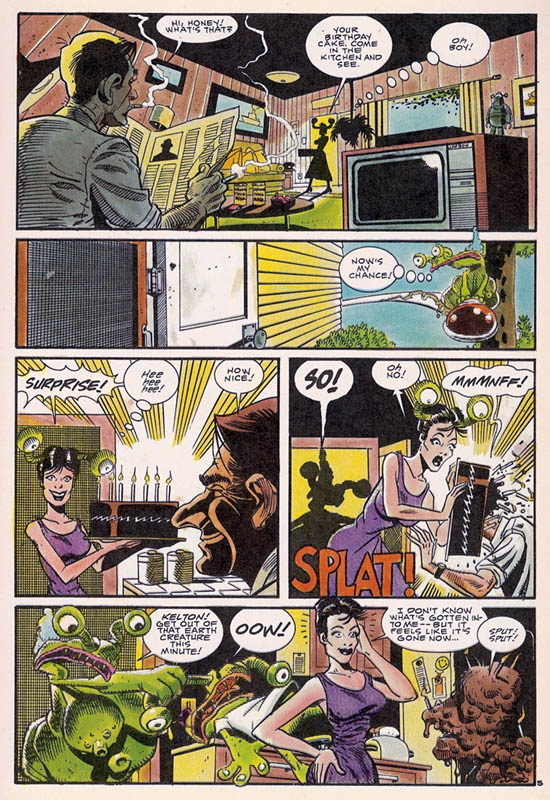 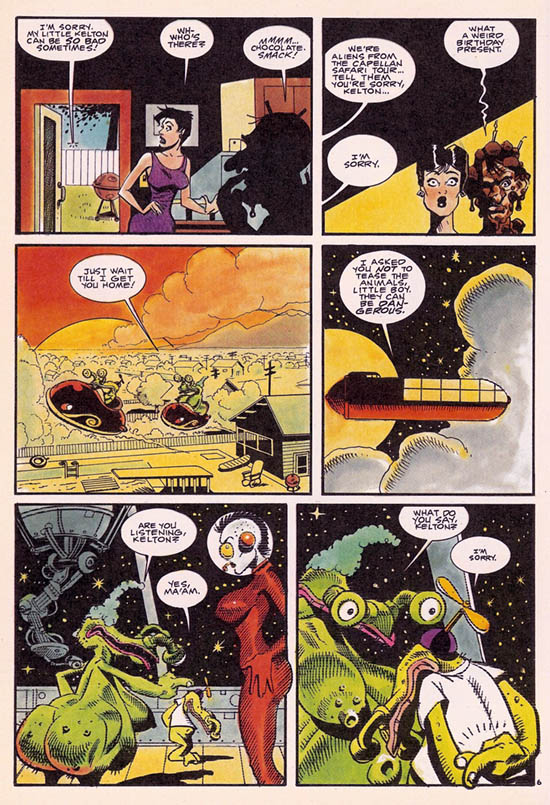 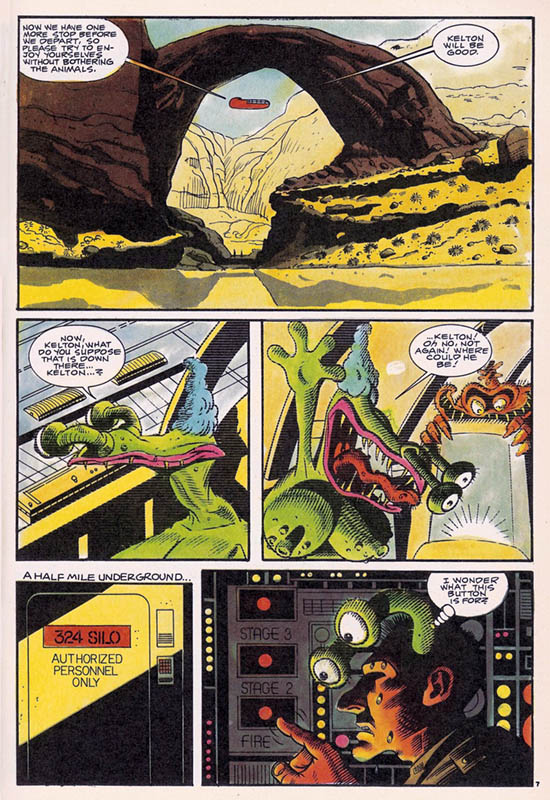 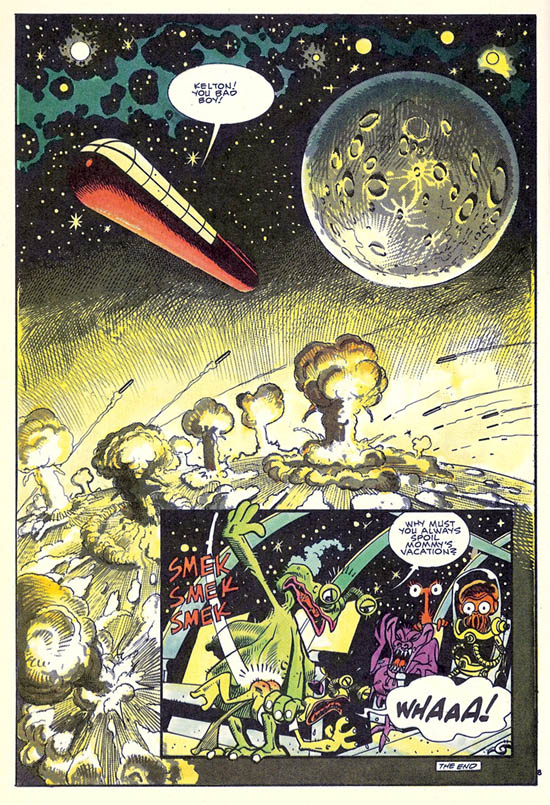 Kids (even alien ones) will be annoying little shits, as this never-reprinted tale from Eclipse's Alien Encounters #4 (1985) proves!

Though best-known for his adaptations of Clive Barker's work to comics, Chuck Wagner could display a, well, nasty sense of humor.
Illustrator Bill Wray's Wally Wood-esque inking made him an in-demand inker, and his pencils were top-notch as well!
But his inking (and coloring) speed was much faster, so he concentrated his efforts on those skills to pay the bills.
Please Support Atomic Kommie Comics
Visit Amazon and Order... 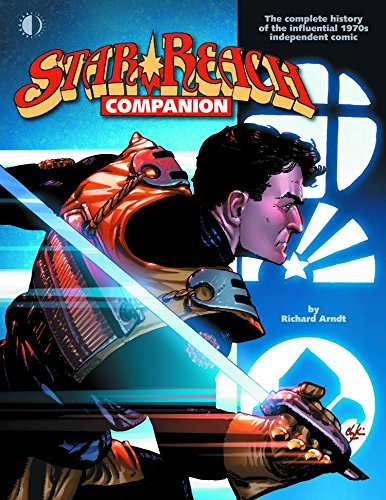