Reading Room WORLD OF FANTASY "When Will They Come?"

At one time or another, we all think we don't fit in and don't belong where we are... 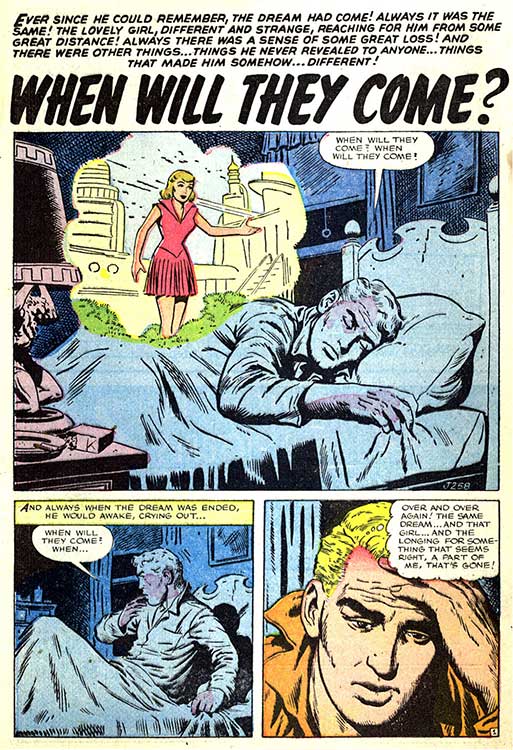 ...perhaps we're more like our nameless protagonist than we think! 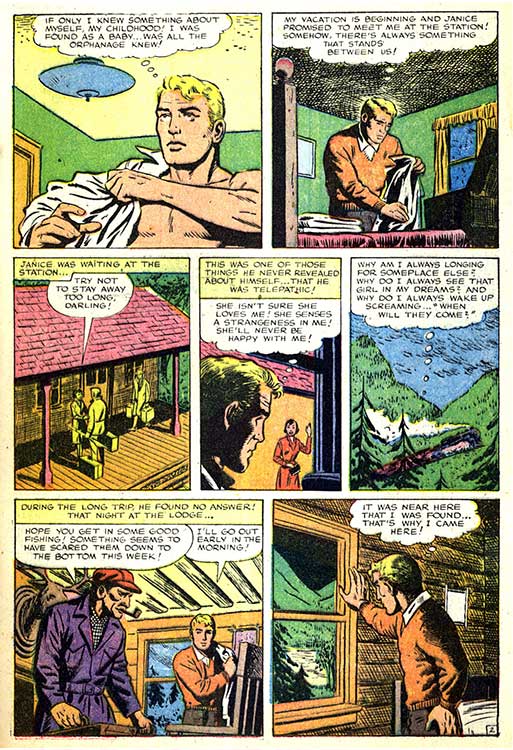 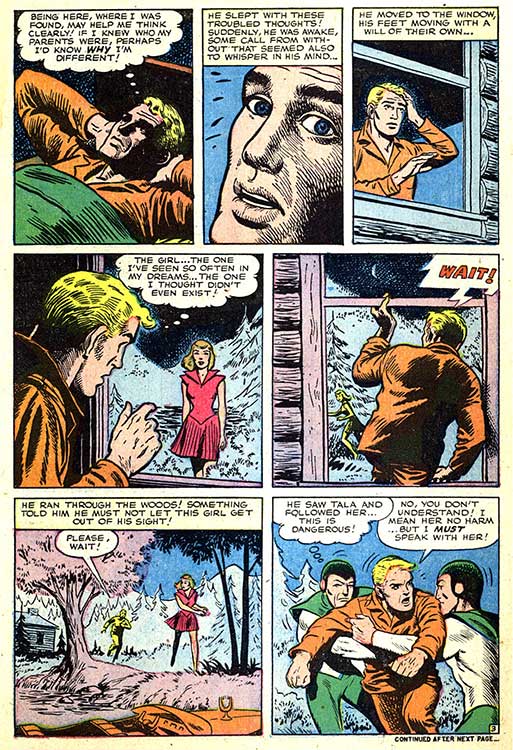 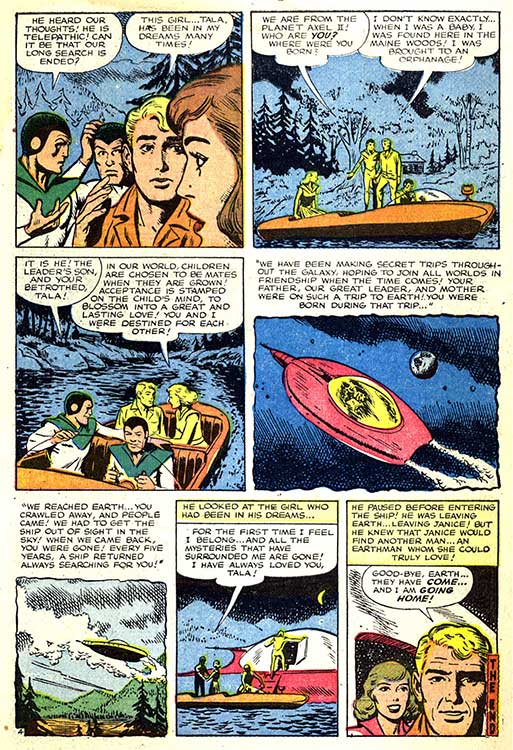 This never-reprinted tale from Atlas' World of Fantasy #1 (1956) certainly offers an original excuse for breaking up with someone!
"I discovered I was an alien left behind on Earth, but now my people have come back for me so I can't see you any more."
While the writer is unknown, the artist is Robert "Bob" Bean, who's had an interesting career.
After illustrating stories and covers in almost every genre for numerous publishers including Atlas, Avon, St John, Charlton, Toby, and Lev Gleason, he left comics in the late 1950s and helped found Wylde Films, an industrial movie studio and is currently has also producing and directing cartooning correspondence course videos for Joe Kubert's World of Cartooning.
Posted by Britt Reid at 2/09/2016 01:36:00 PM