Reading Room COMMANDER BATTLE AND THE ATOMIC SUB "Death of the H-Bomb!" 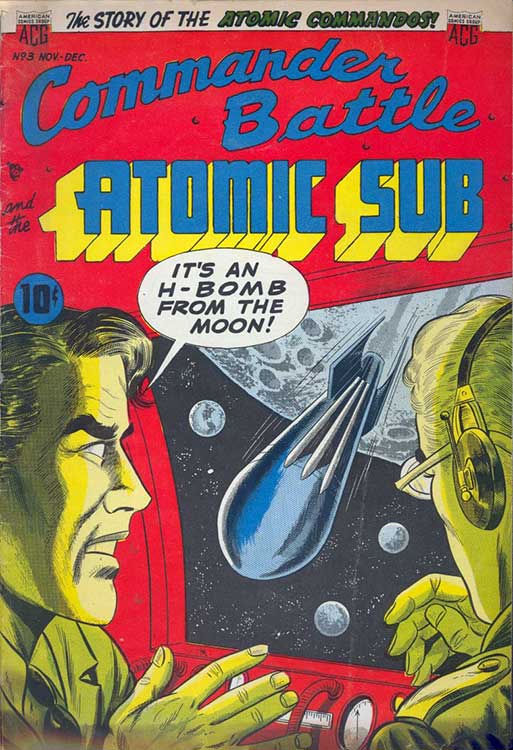 When an atomic bomb launched from the Moon hits Earth, the Atomic Sub is hastily converted to an atomic spaceship.
The Atomic Commandos journey to the Moon, where they discover a race of humanoids angry at Earthmen since other Earthmen (Russians) built an atomic missile base there, while killing curious moonpeople who tried to communicate with them!
Sentenced to death by the leader of the Moonmen, the unarmed Commandos face a huge lizard, while the sub is about to be destroyed by atomic plasma fire.
However, aboard the sub is a young "Become a Junior Atomic Commando Contest" winner...who's developed a telepathic transmitter/receiver... 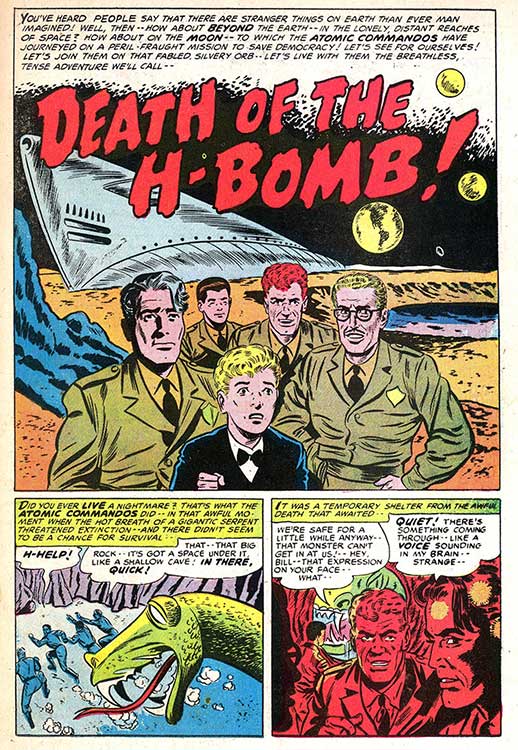 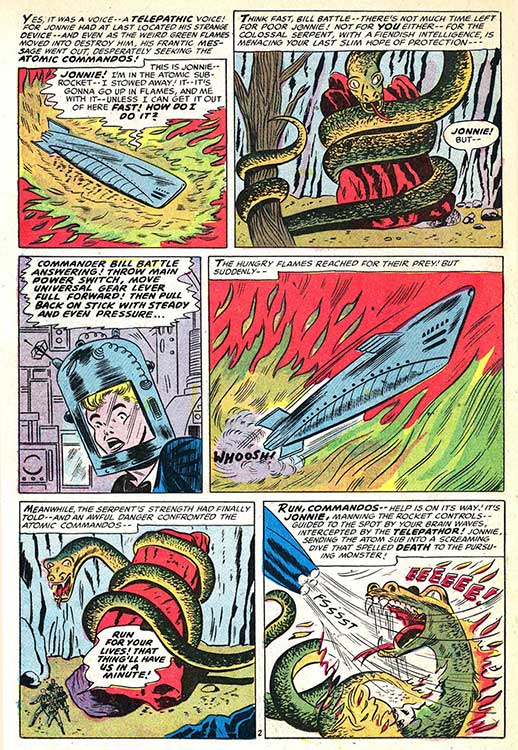 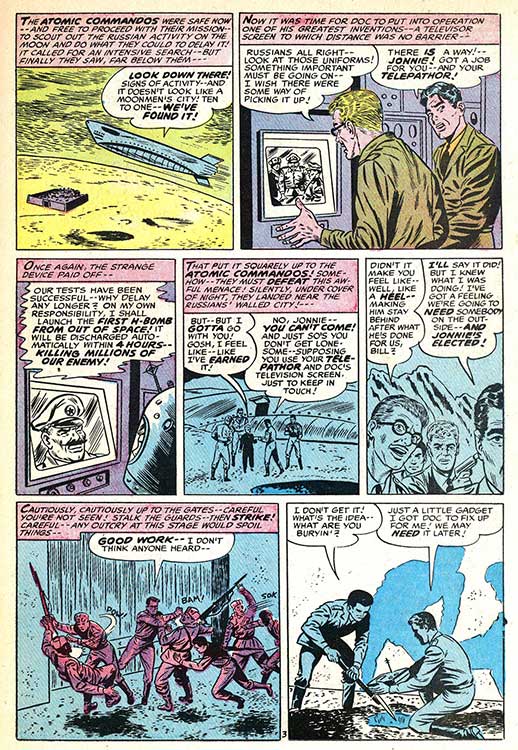 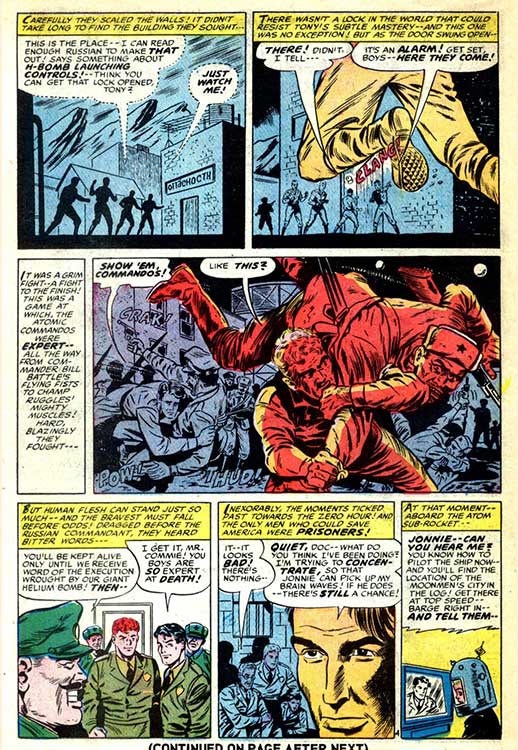 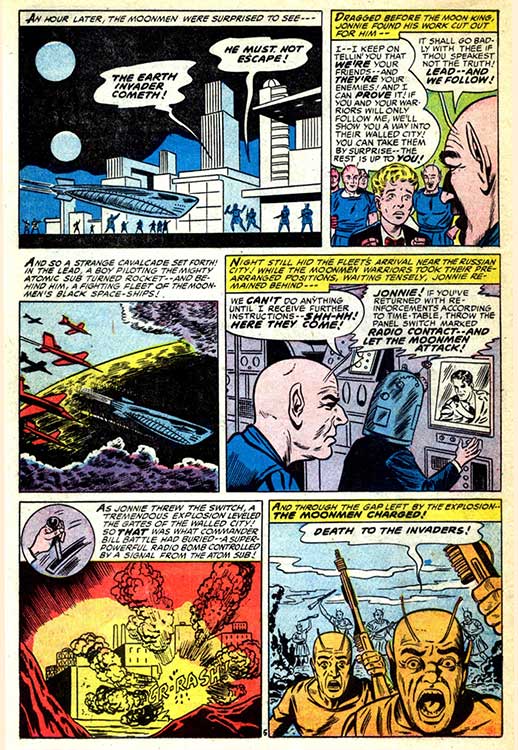 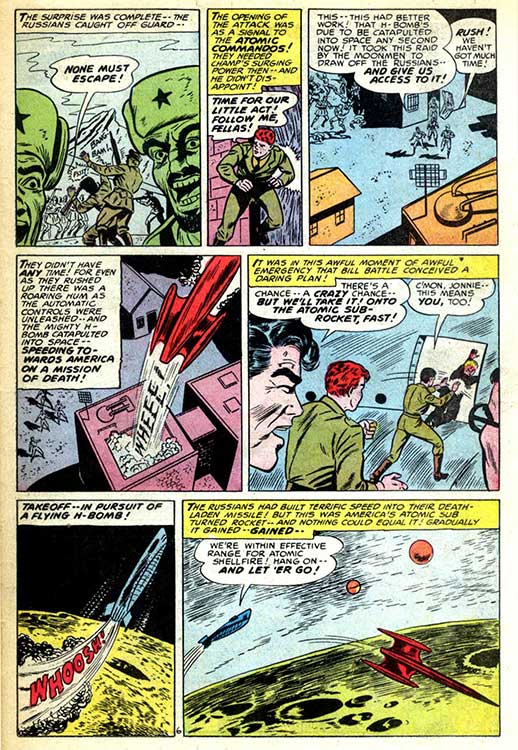 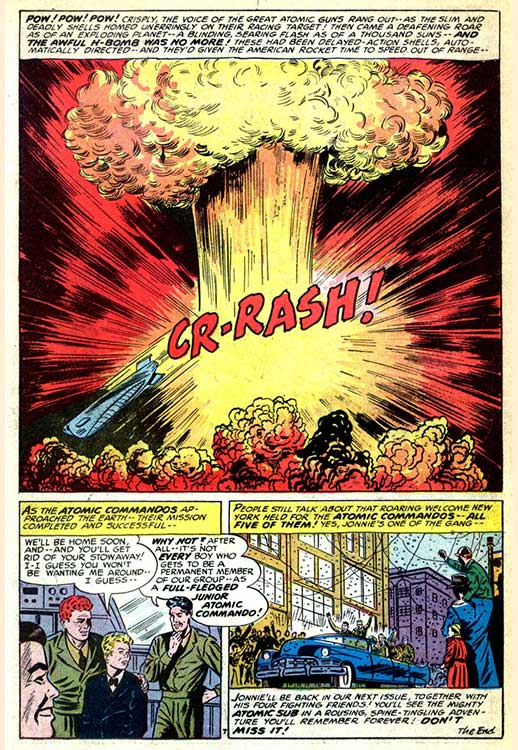 So now the kid's a full-time member...
This never-reprinted tale from ACG's Commander Battle and the Atomic Sub #3 (1954) was produced by series creators Richard Hughes (writer) and Sheldon Moldoff (illustrator).