Reading Room COMMANDER BATTLE AND THE ATOMIC SUB "Journey to the Moon!"

Once more the Atomic Commandos guard democracy from any threat... 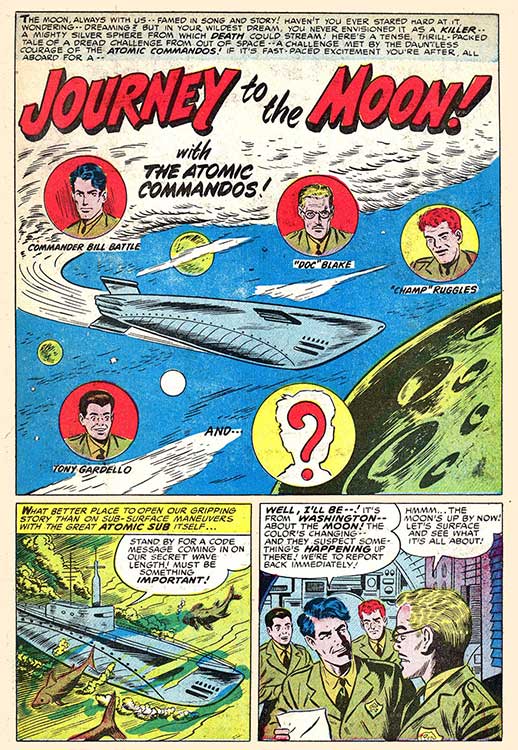 ...below the ocean's surface, and well beyond... 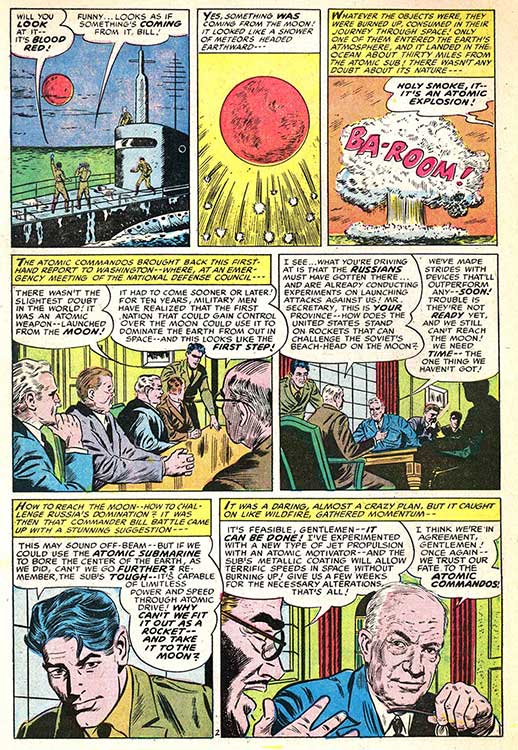 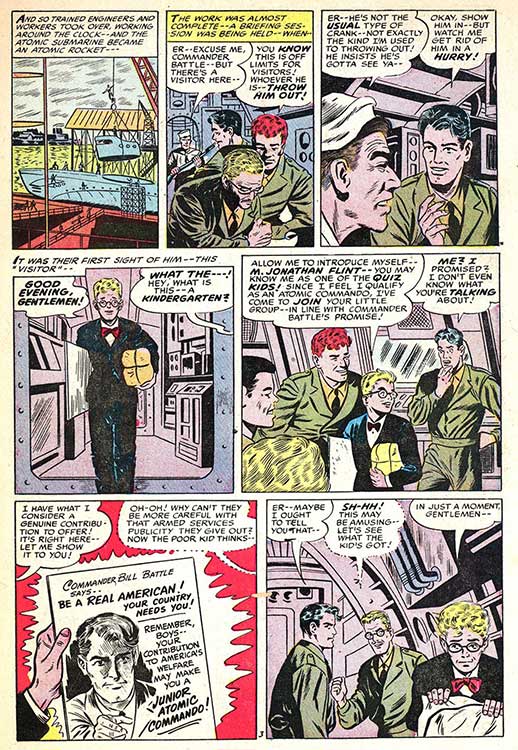 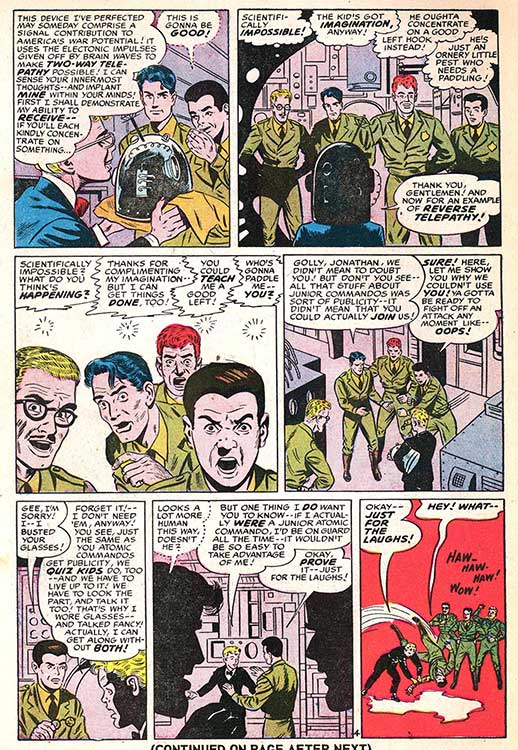 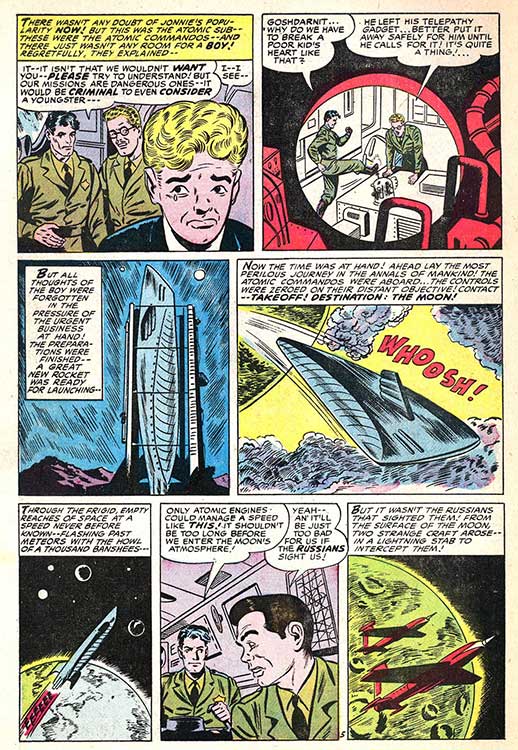 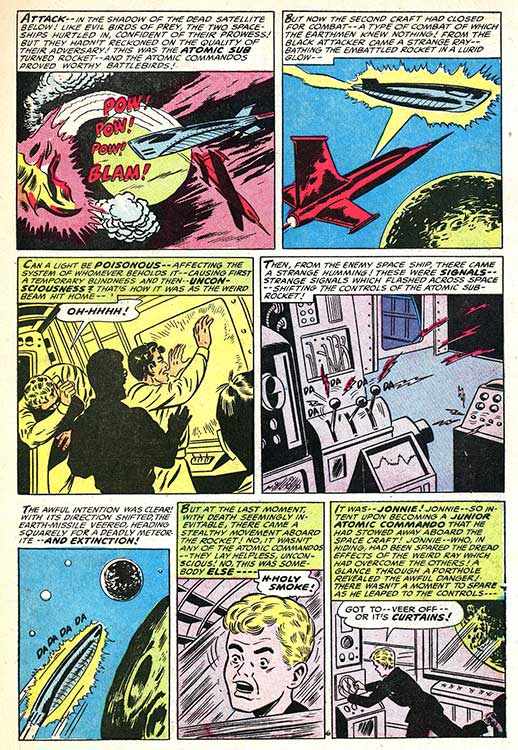 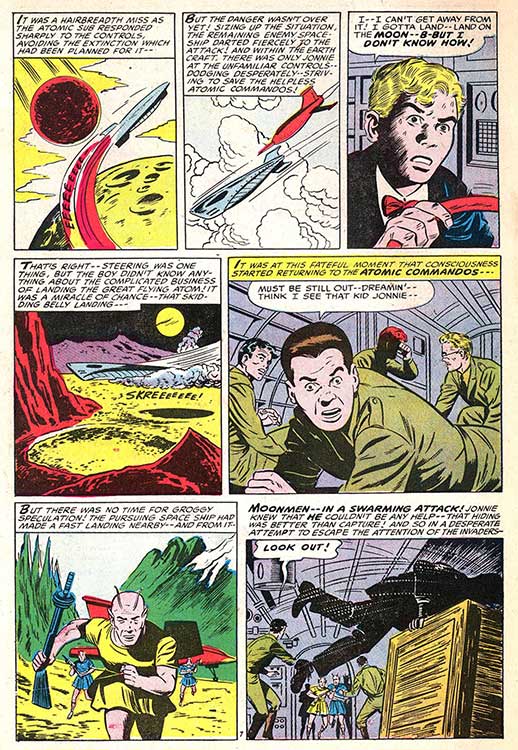 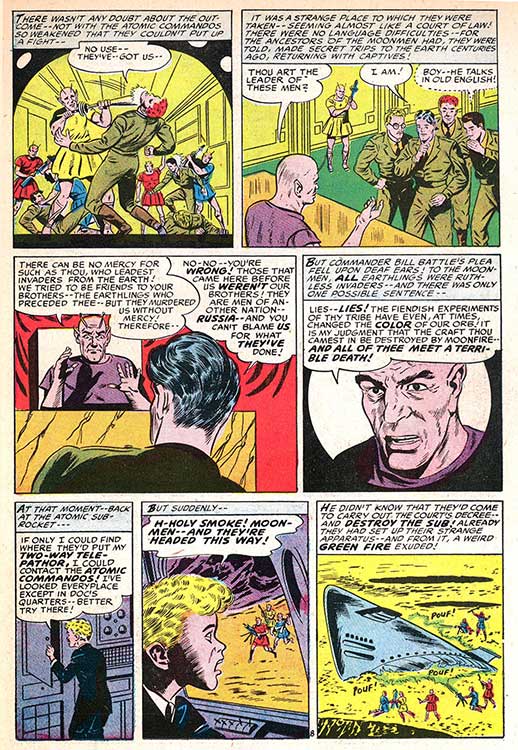 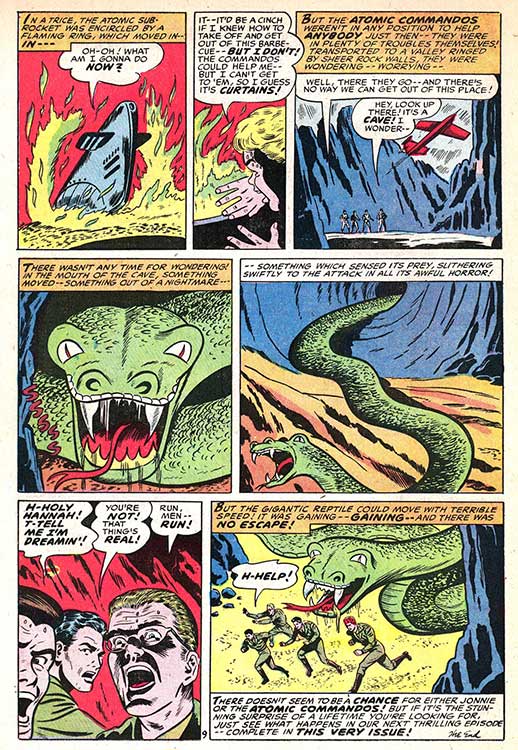 Be Here TOMORROW for the suprising conclusion...
I'm surprised Irwin Allen never did a Voyage to the Bottom of the Sea episode like this!
Making a submarine into a spaceship seems like the sort of thing he would've loved to do.
Adding a kid sidekick, though, is never a good idea.
They end up taking over the spotlight, and the series' emphasis goes from soft sci-fi to kid-show.
But I digress...
This never-reprinted tale from ACG's Commander Battle and the Atomic Sub #3 (1954) was produced by series creators Richard Hughes (writer) and Sheldon Moldoff (illustrator).
Posted by Britt Reid at 9/29/2015 12:16:00 AM