These are the voyages of the Hunter I, it's ongoing mission... 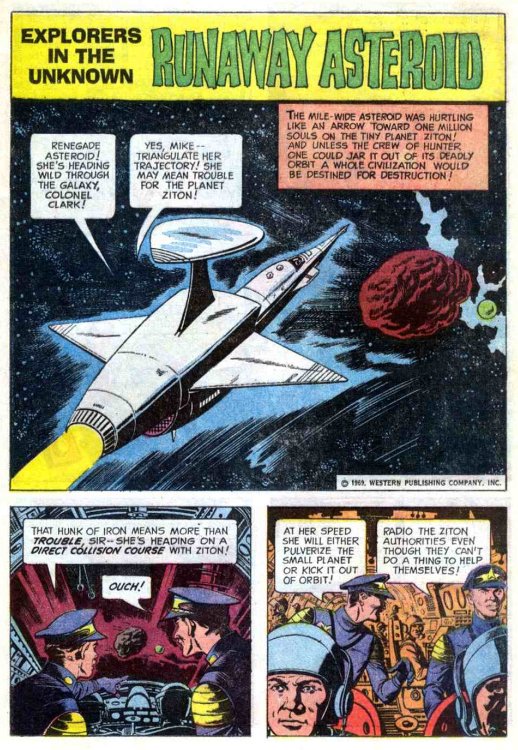 ...to fill four pages per issue of Gold Key's Voyage to the Bottom of the Sea. 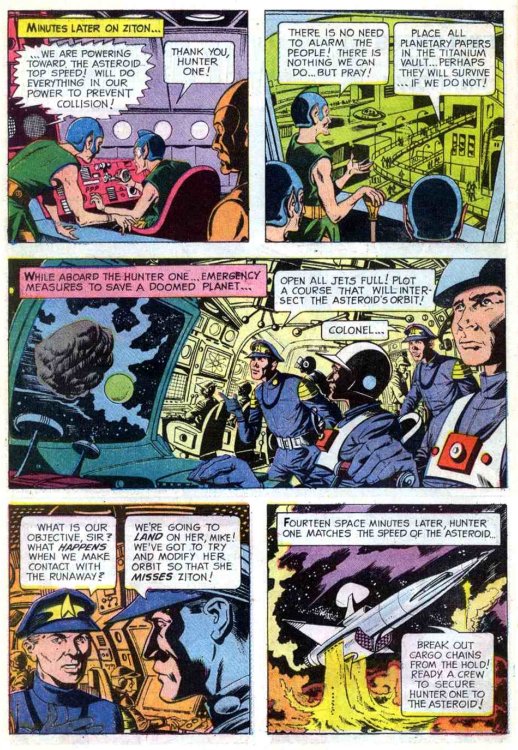 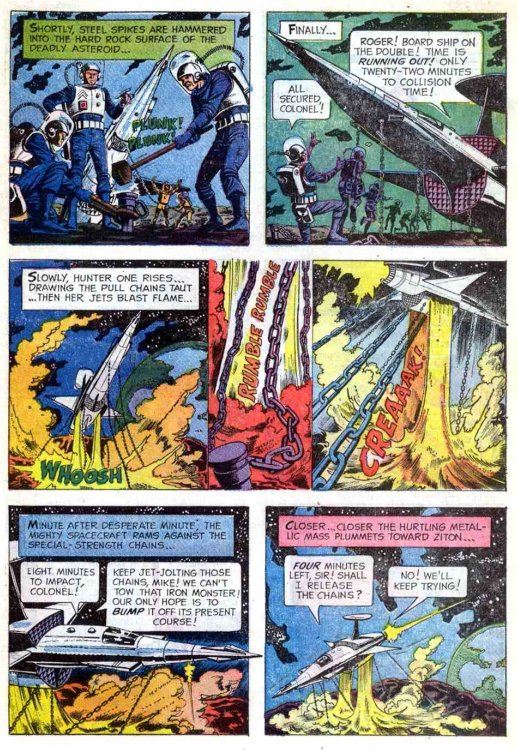 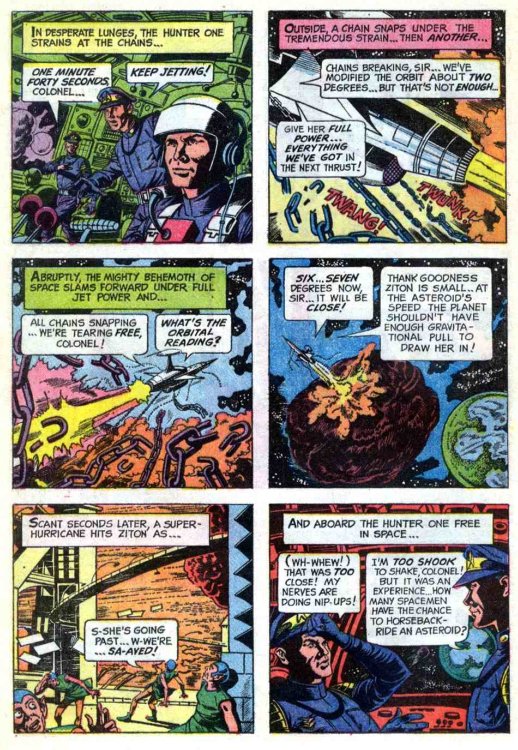 The Hunter I crew had adventures set in the near-future of the late 1990s-early 2000s, much like then-current films like Green Slime, Wild Wild Planet, and Battle in Outer Space.
With only four pages per issue, there was little character development (or even names) for the crew, but lots of action!
The entire never-reprinted series was written by Dick Wood, and this tale from VttBotS #15 (1969) was illustrated by Jose Delbo, who entered the business in 1965, worked for practically everybody at one point or another, and retired in 1996 with over 800 stories and covers to his credit.
Visit
The Future WAS Fantastic!