When Last We Left Our FanBoy...
After inadvertently saving a scientist neighbor from enemy spies (but not receiving credit for the deed), Koppy McFad aka SuperSnipe decides to adopt a distinctive costume...a pair of his grandfather's red flannel underwear, his father's blue "men's club" lodge cape, and a domino mask.
Suitably-garbed, the Man of 1955 follows some state Conservation Wardens as they prepare to battle an invasion of Japanese Beetles.
Unfortunately, the neophyte superhero thinks "Japanese Beetles" are like Navy SEALS (they're really insects), and screws up the Wardens' attempt to trap and exterminate the bugs.
Spanked and chastised, Koppy is sent to the grocery store where he sees a sign denouncing sugar hoarding as being unpatriotic... 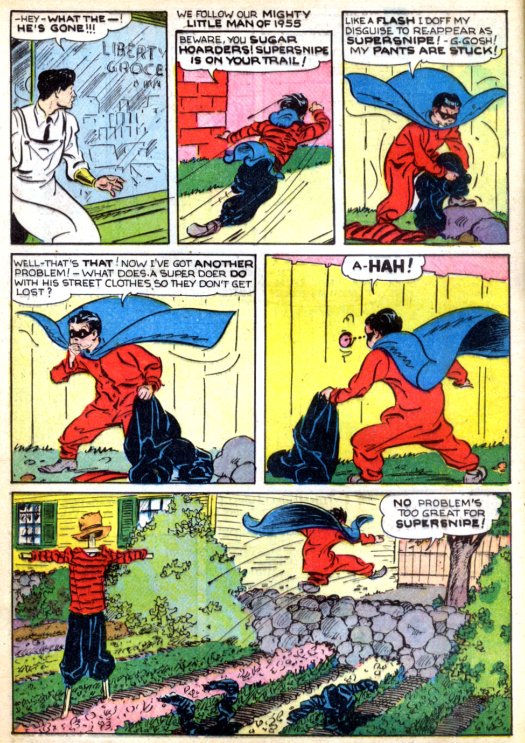 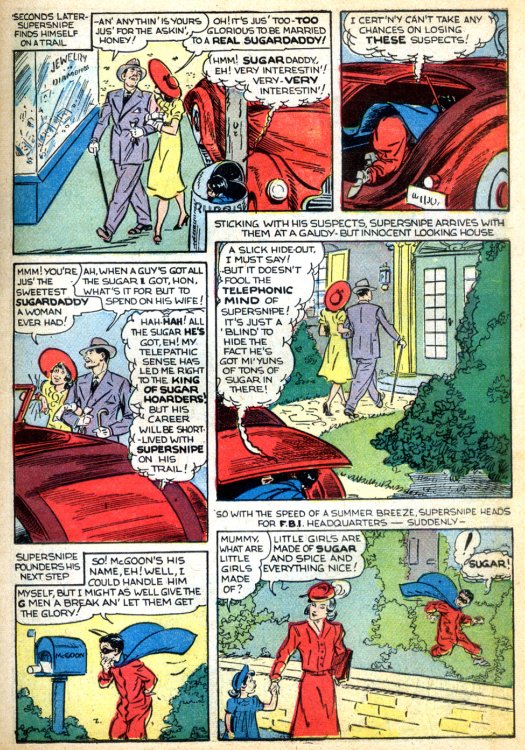 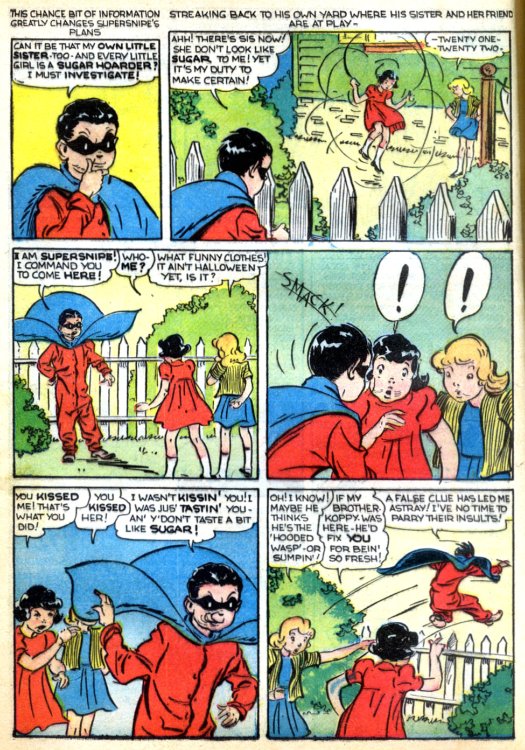 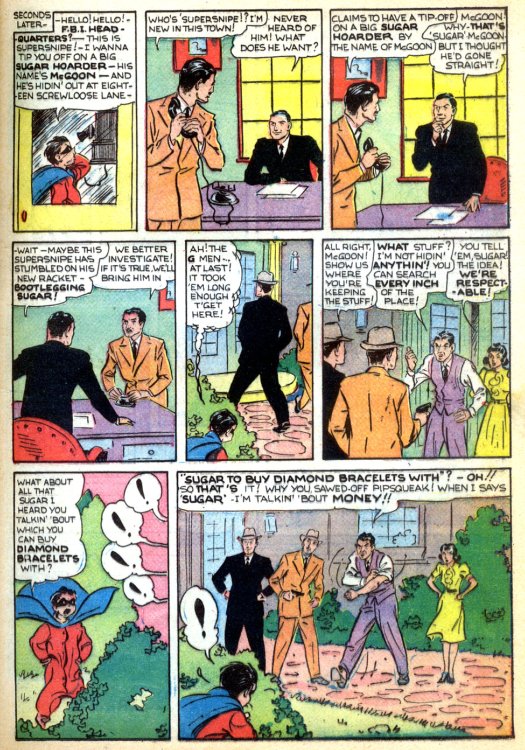 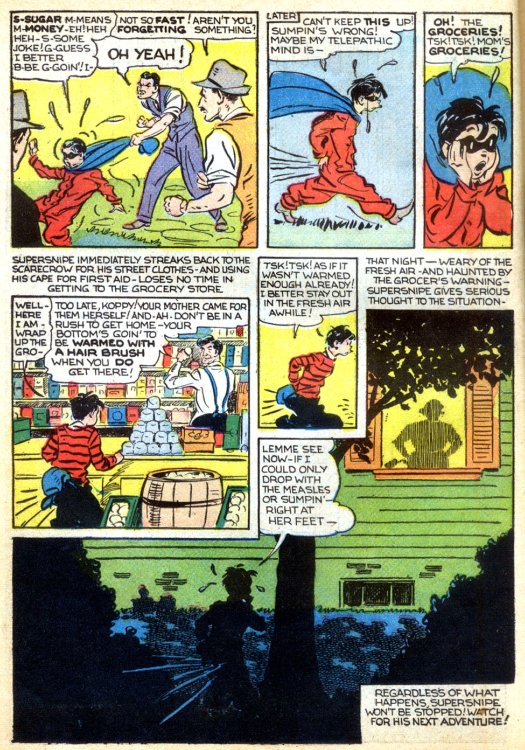 And you thought Peter Parker/Spider-Man was the first "hero with problems"!
Speaking of which, this story is actually untitled.
The Grand Comics DataBase made up their own title "Invasion of the Japanese Beetles".
But since that plotline is less than half of the story, I thought something a bit more evocative would work better.
Since the big point of the story is Koppy gaining his distinctive garb, I thought a Stan Lee-esque phrase would convey the point.


Story and art for this tale from SuperSnipe Comics V1N6 (1942) by George Marcoux.
Visit our 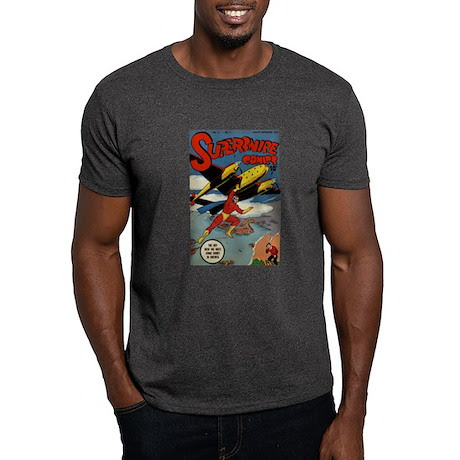