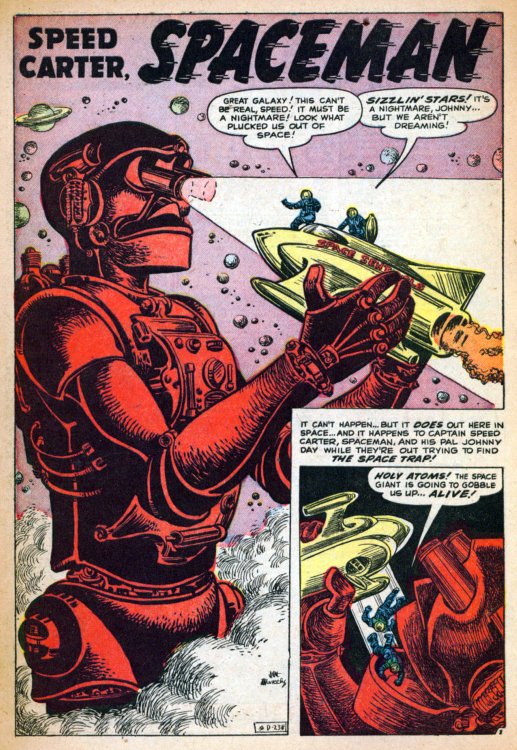 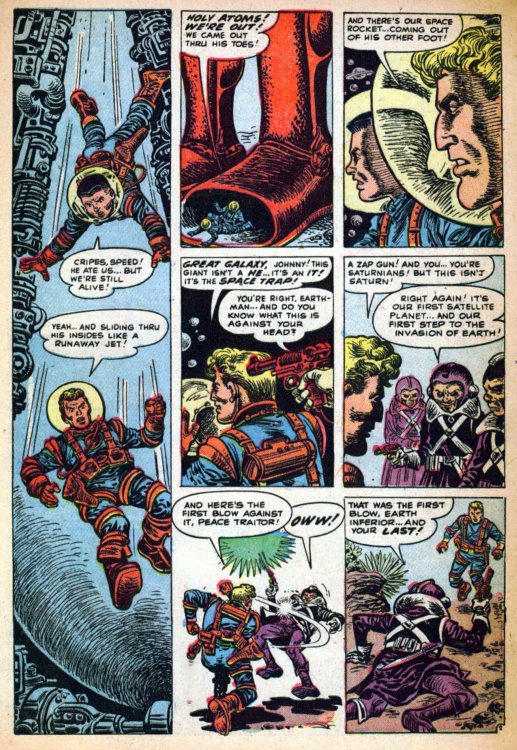 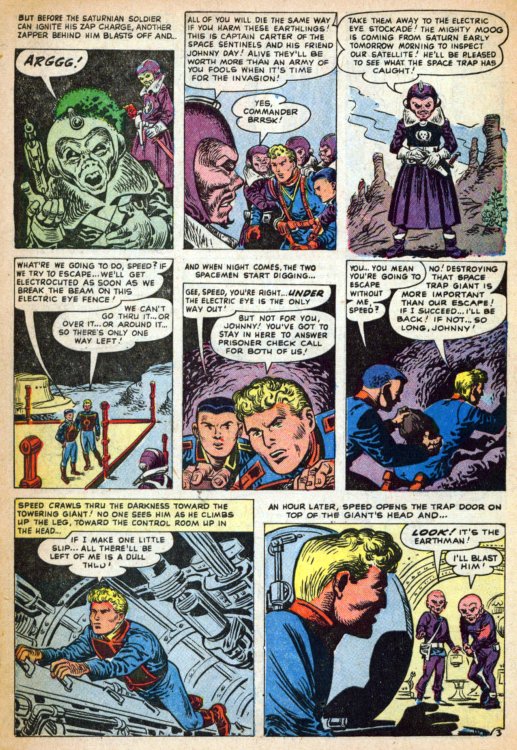 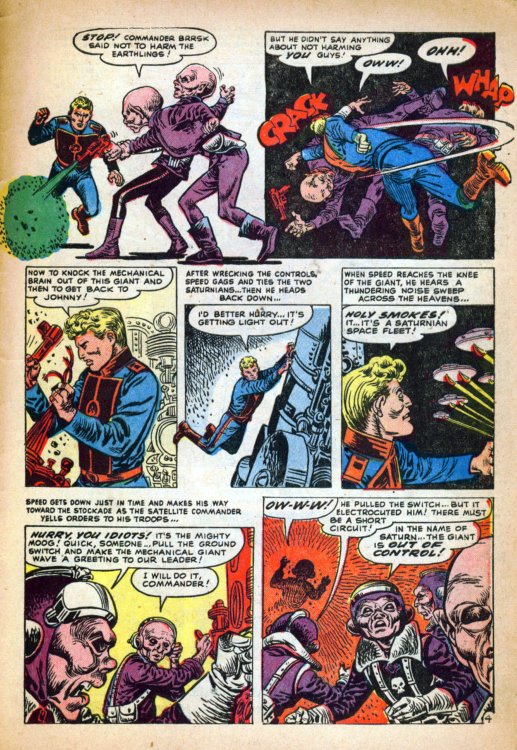 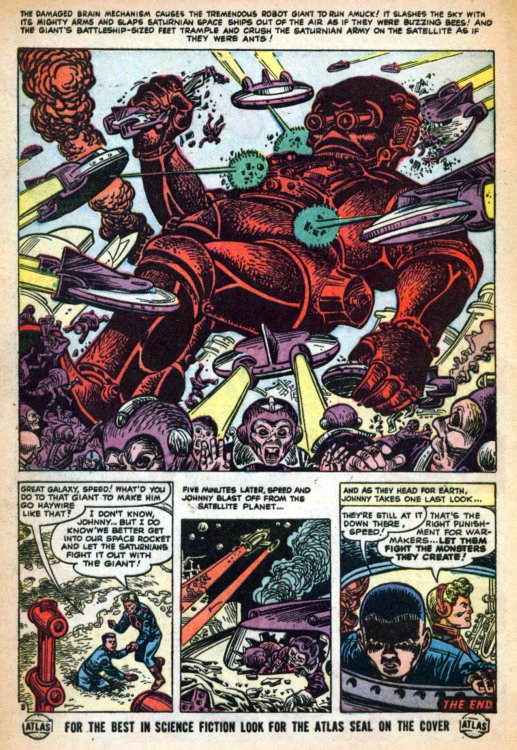 This is the sort of story you wish Joe Maneely had ten pages instead of five to play with to allow a couple more pages of robot vs spaceship mayhem.
The series continues to play up the Saturnians as the future's equivalent of the Chinese Communists of the 1950s.
Written (as are all the Speed Carter stories) by Hank Chapman and illustrated by original artist Joe Maneely.
Support Small Business!
Visit
The Future WAS Fantastic!