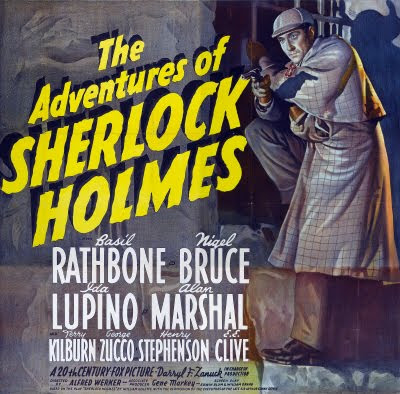 Among our most popular items are 12-month calendars.
(Y'know, the ones with different illustrations for each month.)
Last year we almost doubled the selection of subjects, and you pop culture aficionados responded by gobbling them up like there was no tomorrow (pun intended)!
Plus, there were several subjects that you requested we create calendars for!
No fools we! If the demand is there, supply it we will!

So, for 2010, Atomic Kommie Comics™ is unleashing the following ALL-NEW 12-month calendars...
Basil Rathbone IS Sherlock Holmes!™
(replacing Sherlock Holmes: the Greatest Sleuth of All!™ which will return, revised, in 2011!)
Lost Heroes of the Golden Age of Comics™ Team-Ups
(classic covers featuring two or more characters together who already had their own strips or titles!)
Classic The Owl
Classic Monster of Frankenstein
Classic The Flame
Classic Doc Strange
Classic DareDevil
Classic Captain Future
(featuring all three versions--original pulp hero and both comic incarnations!)
Classic Cat-Man
Classic Blue Beetle
Classic Amazing-Man
Captain MidNight™
Phantom Lady™
Mr District Attorney™
(replacing Crime & Punishment™)
Captains of the Comics!™
(replacing Captains of the Cosmos™)
Jungle Girls™
Masked Western Heroes™
Aviators of the Golden Age of Comics™
(replacing War: Past, Present & Future™)
plus revised versions of some of our previous best-sellers, some of which are already up!
The rest will be loaded as we finish production work, over the next few weeks!
Check back every few days to see what's new!
(note: we link calendars as they become available)
Posted by Britt Reid at 9/06/2009 04:16:00 PM