There have been numerous "Space Patrol" series in pop culture... 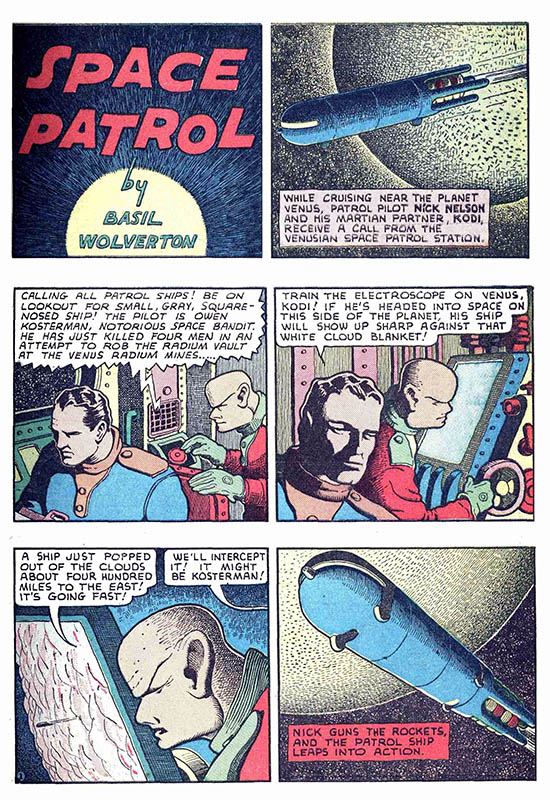 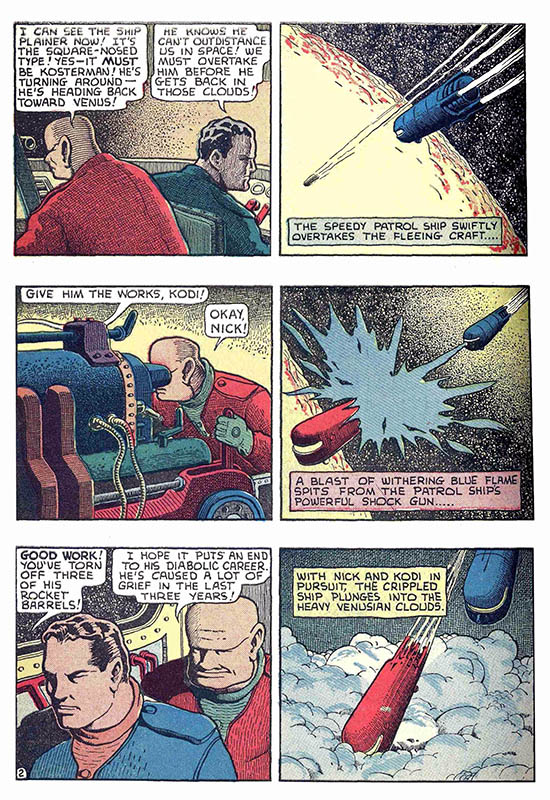 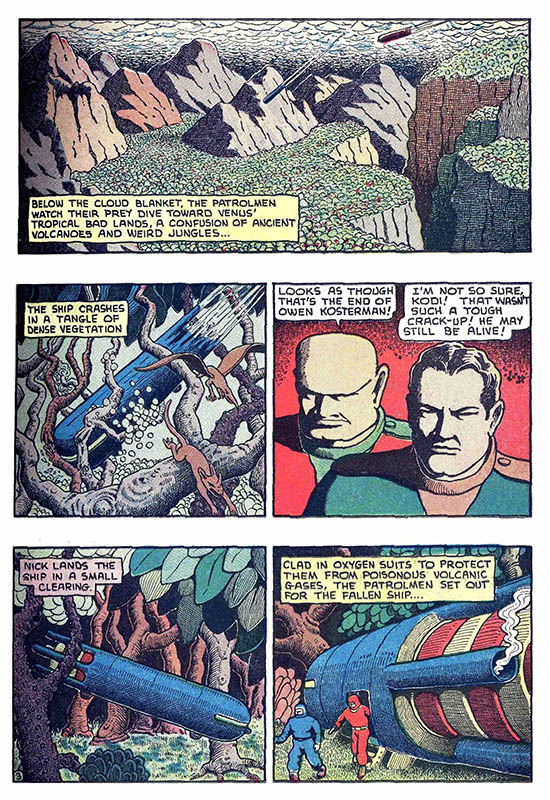 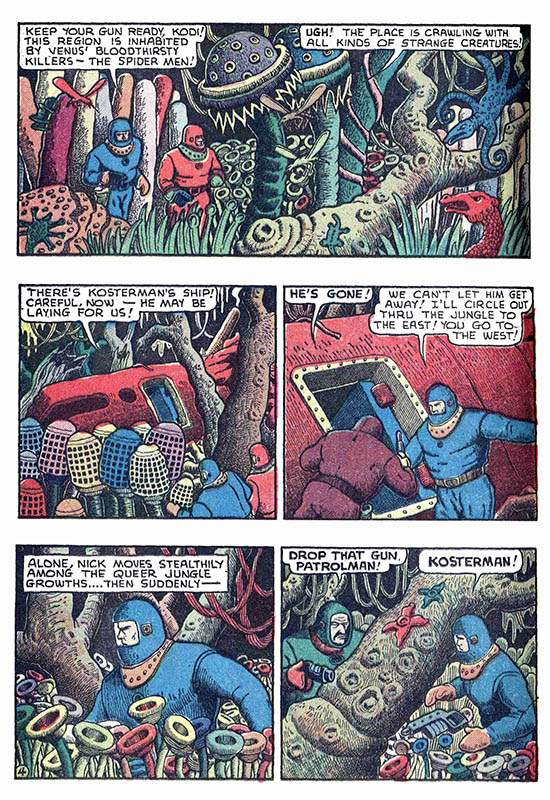 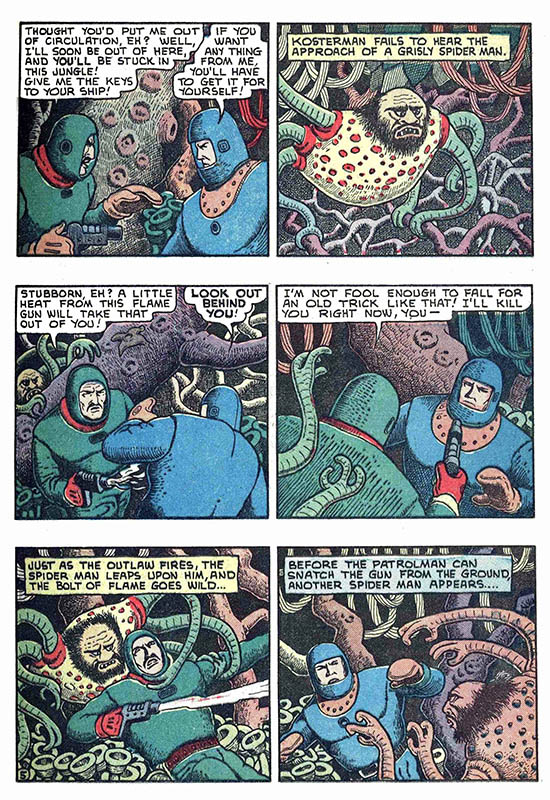 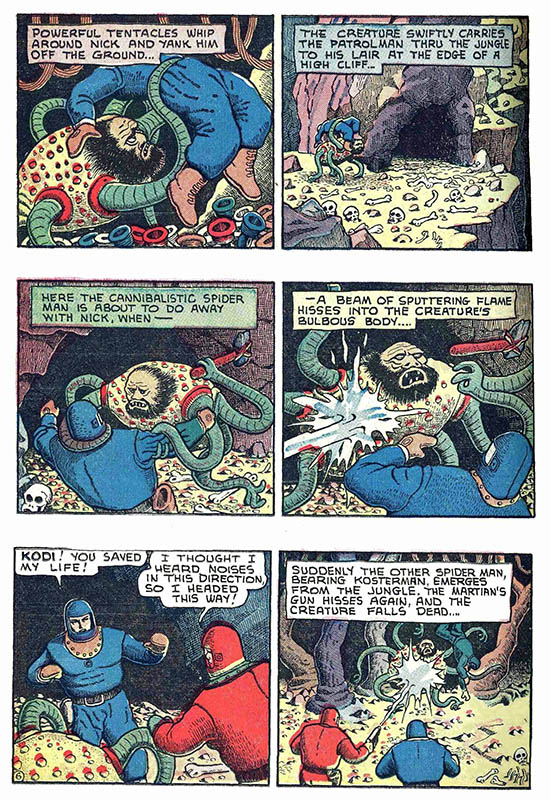 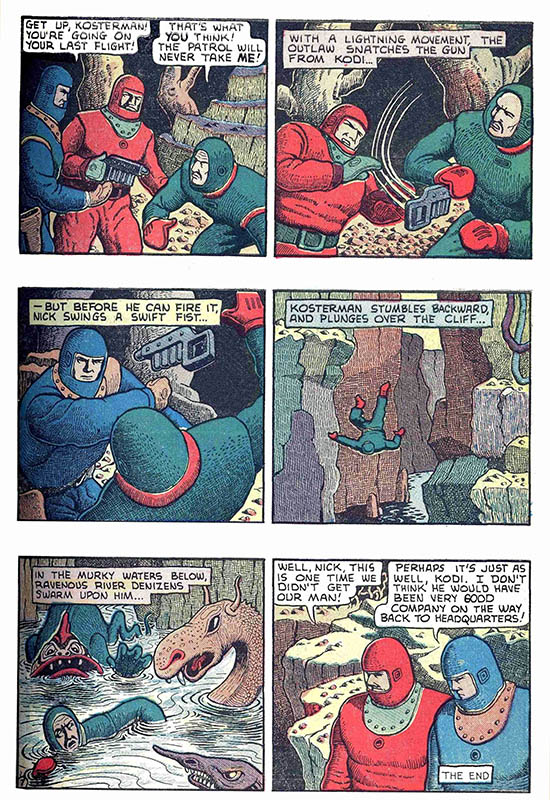 As was typical in such series of the period, the non-human is the sidekick, but he is treated as an equal.
The Space Patrol was more a para-military organization than just a police force, occasionally engaging in pitched battles involving fleets of spaceships.
This premiere tale from Centaur's Amazing Mystery Funnies V2N12 (1939) was written and illustrated by Basil Wolverton, easily one of the most idiosyncratic creators ever to work in comics, and a major artistic influence on the underground comics of the 1960s-80s.
Nick Nelson and Kodi traversed the Solar System for a half-dozen tales before disappearing into the ether.
You'll see them all over the next couple of months
Please Support Atomic Kommie Comics
Visit Amazon and Buy... 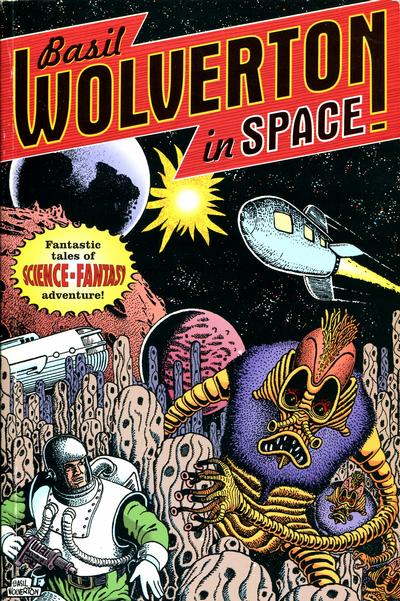 Basil Wolverton in Space
Reprinting the entire Space Patrol series along with other kool tales and extras!
Posted by Britt Reid at 11/27/2021 07:00:00 AM