Monday Mars Madness STORY OF OTHER WORLDS "Amazon of Barsoom" 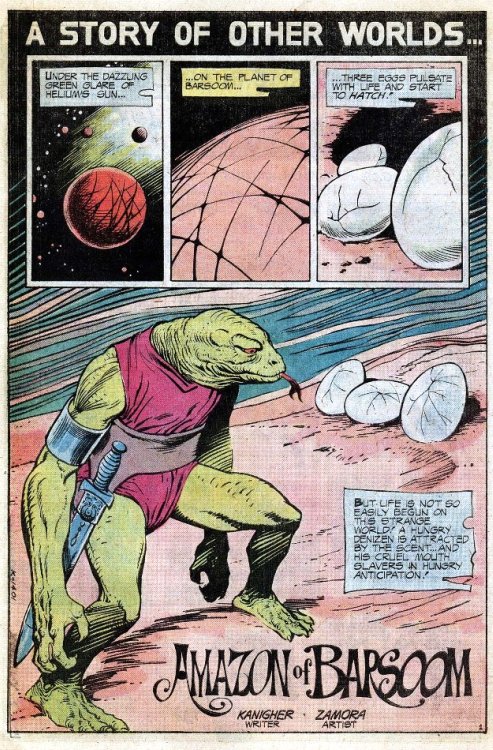 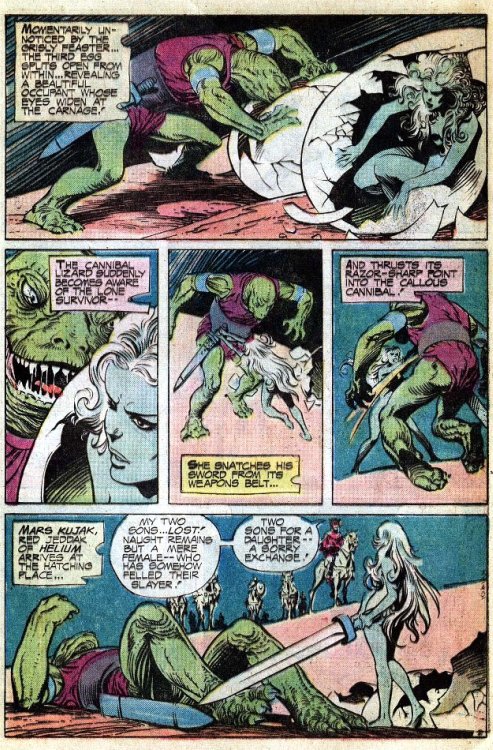 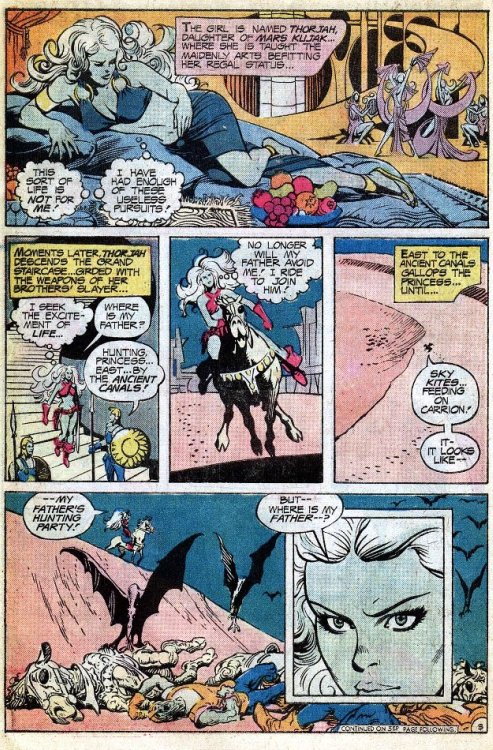 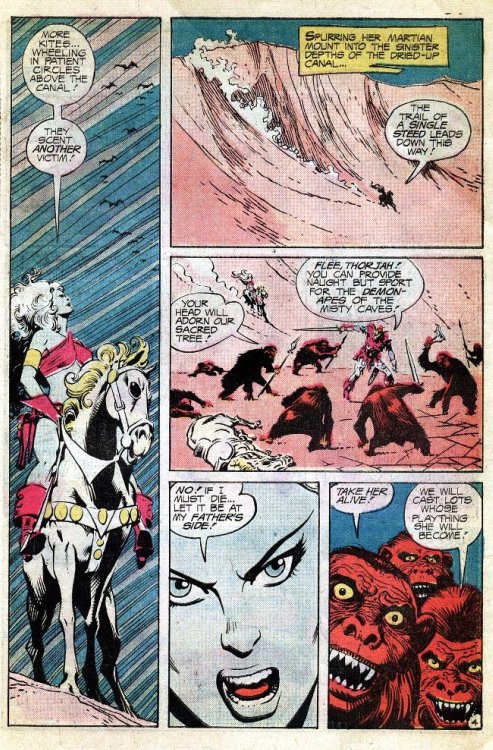 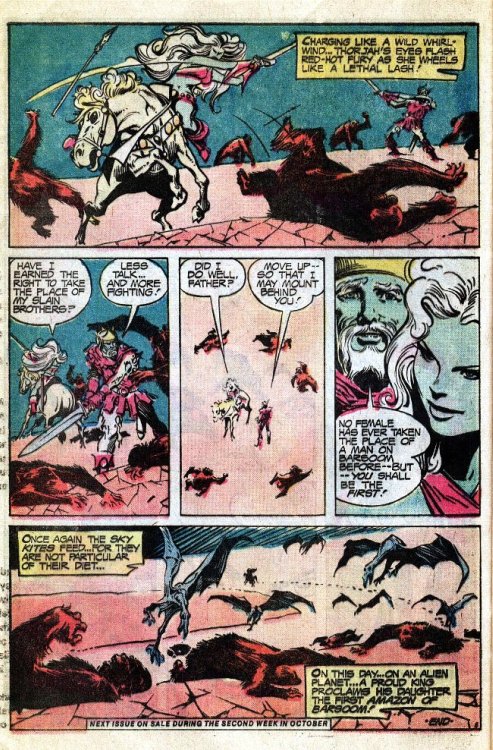 This story from DC's Tarzan Family #60 (1975) was written by Robert Kanigher and illustrated by Noly Zamora.
The Heliumites in this tale are blue-skinned, not red (as in all other Barsoom stories), and these red "demon apes" who carry spears and talk have never appeared in any other Barsoom tale!
As we mentioned earlier, this story and the Secret Diaries of John Carter mini-series have never been reprinted since their publication in 1976, even in the recent Dark Horse trade paperback that presented all the other Barsoom-based stories that appeared in DC Comics!
(It's rumored that dissatisfaction with them was the reason ERB Inc pulled the license from DC!)
Next Week:
It's Christmas...on Mars!
Support Atomic Kommie Comics!
Check out our artifacts at the
Art of Barsoom™
Collectibles Corner
Posted by Britt Reid at 11/29/2021 07:00:00 AM