We meet a new alien race, the Vegans... 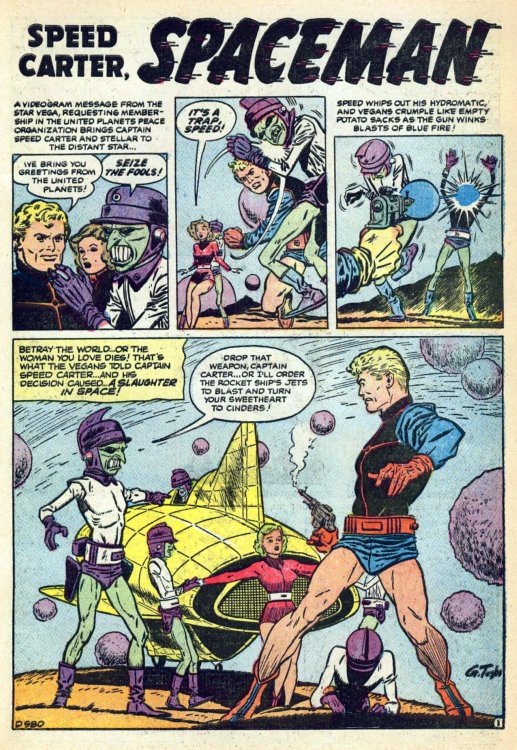 ...who, it turns out, are no more trustworthy than most other alien species.
(We humans are scrupulously honest, of course!) 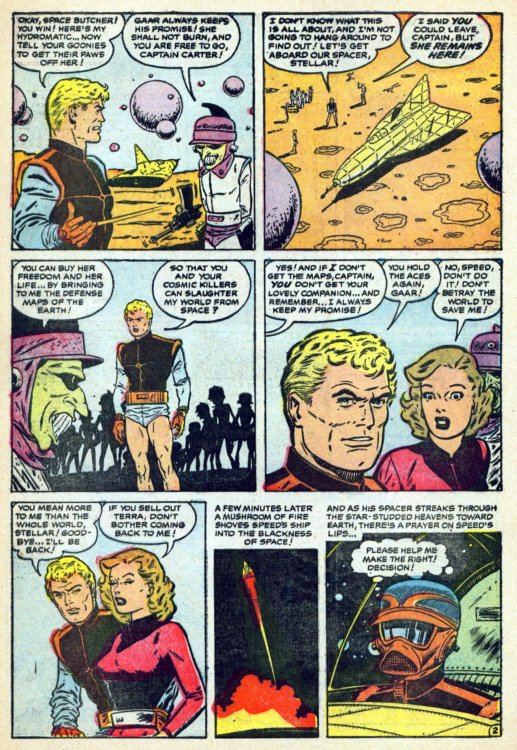 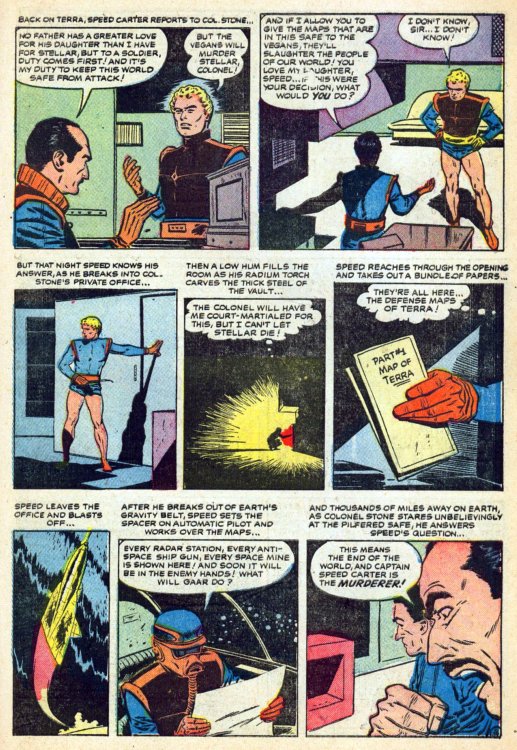 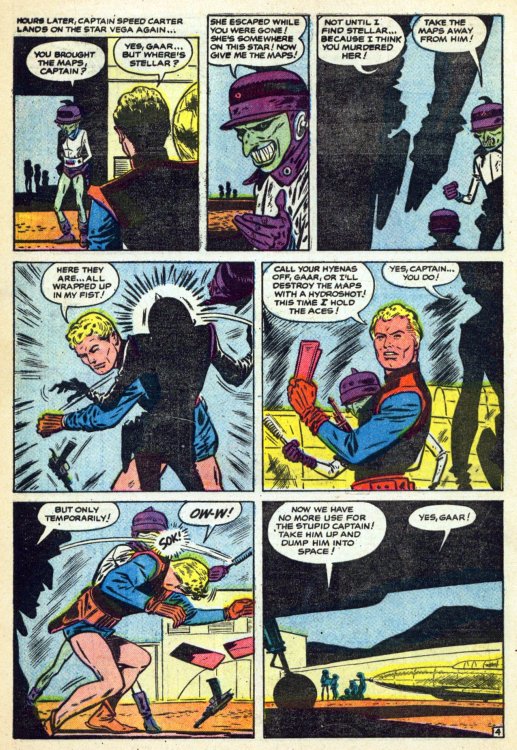 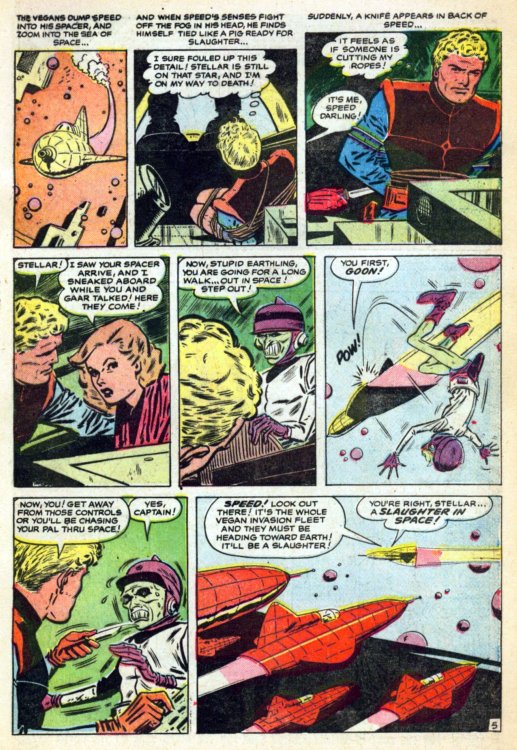 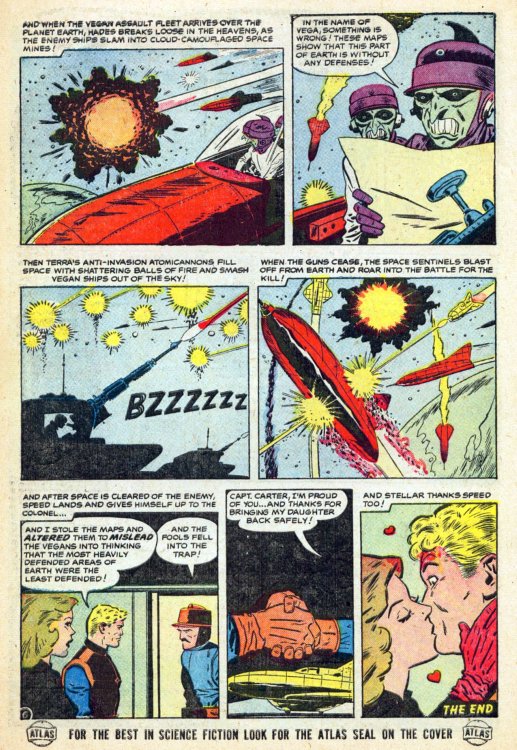 Don't ya just love a happy ending?
What I want to know is why Speed is suddenly wearing shorts?
Thankfully, it's the only story in the series where he does so.
This story from Speed Carter: SpaceMan #5 (1954) was scripted (as were all Speed Carter tales) by Hank Chapman!
Illustrator George Tuska later became the final artist on the original Buck Rogers comic strip (1959-67) and then assumed the art duties for almost a decade on Marvel's Invincible Iron Man!
Please Support Atomic Kommie Comics
Visit Amazon and Order... 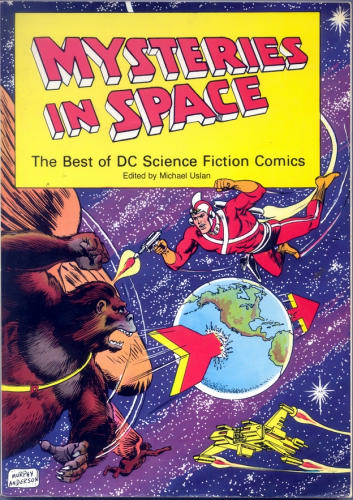