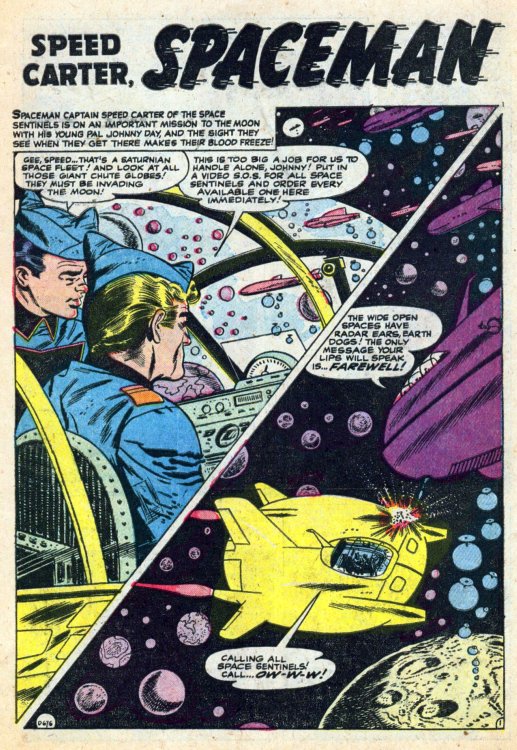 ...as the Saturnians unleash another diabolical plot against Earth! 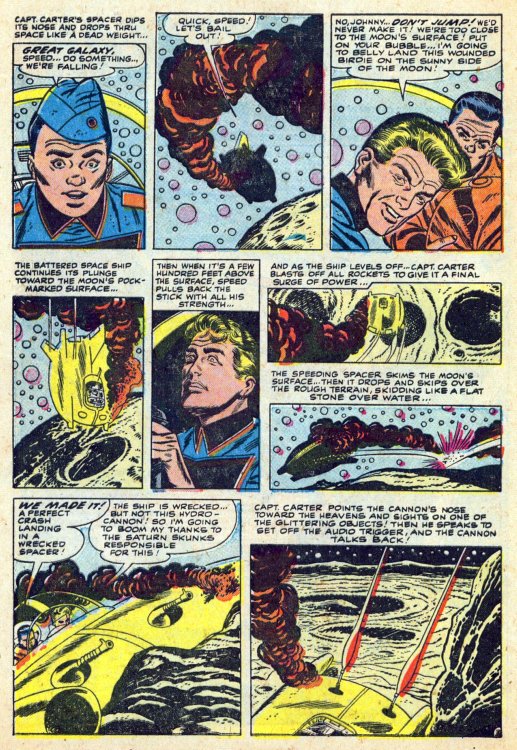 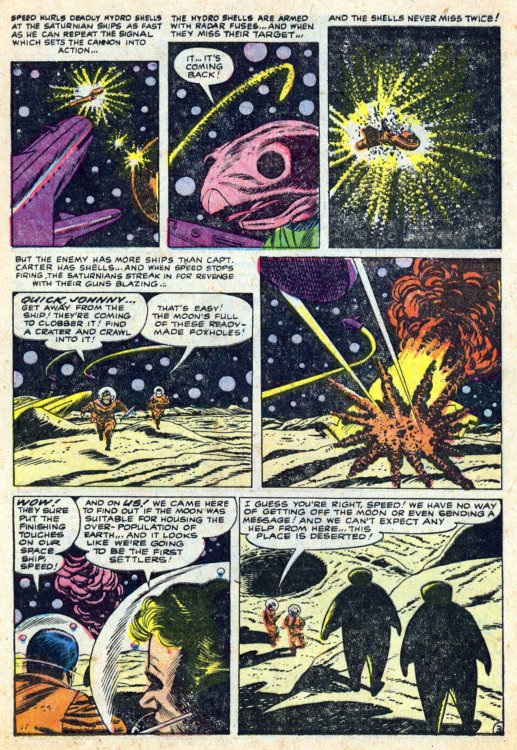 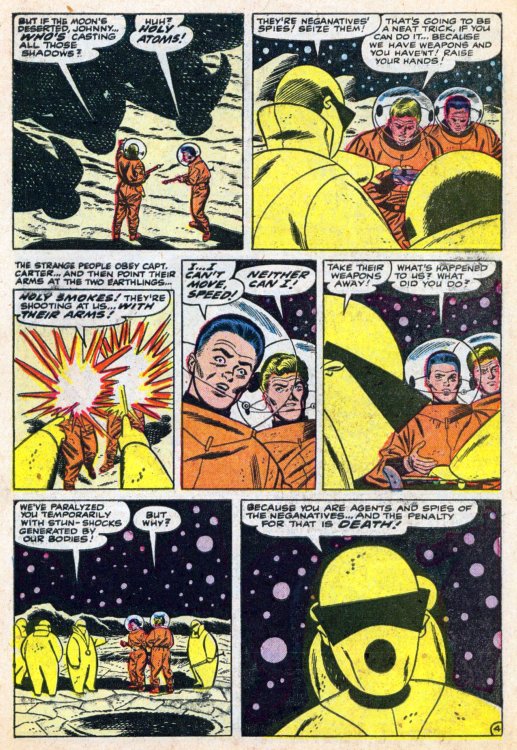 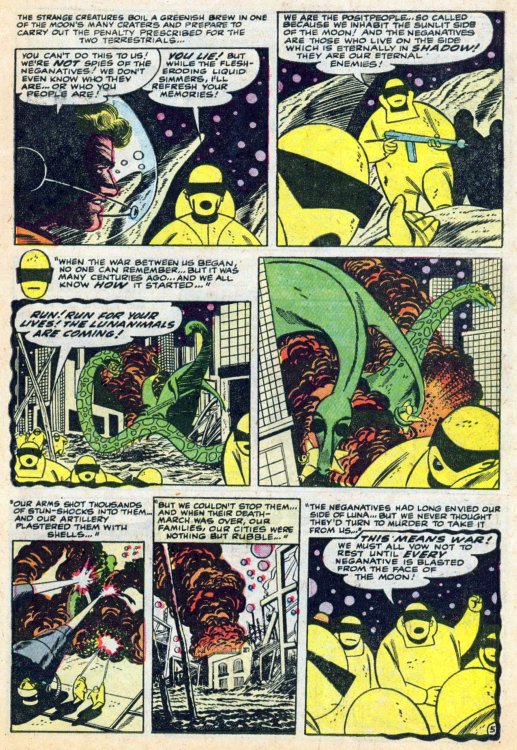 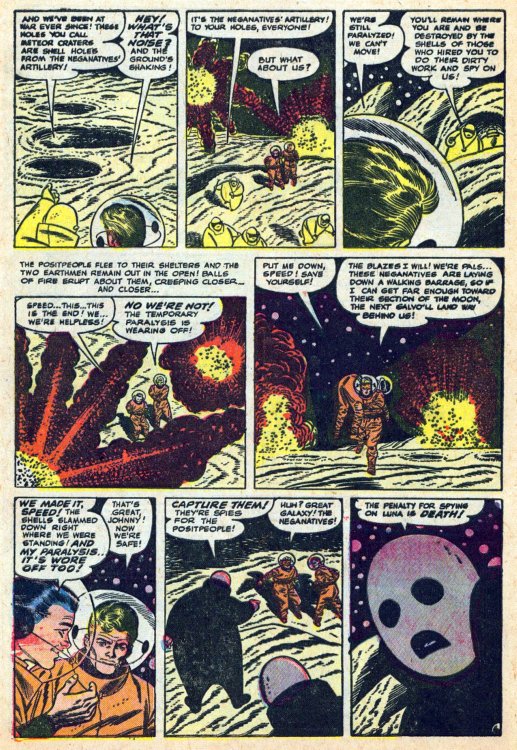 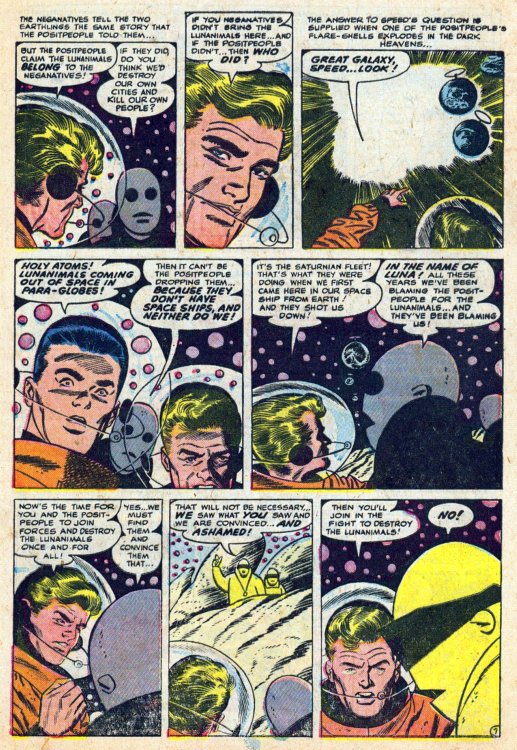 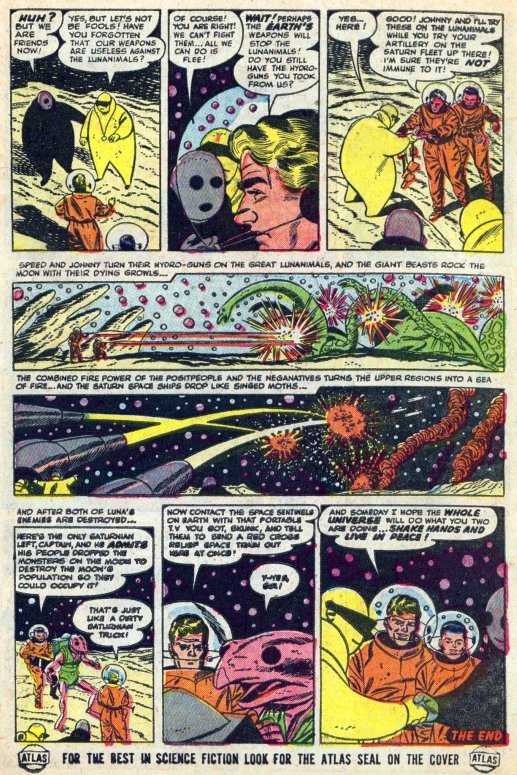 Let's overlook the fact that Earthmen are about to move in on Lunar natives the way settlers overran Native Americans in the Old West, and wonder how the Saturnians knew the PositPeople and NegaNatives (not to mention the Lunanimals) were even on the Moon, when humans (who presumably had explored the Lunar surface) had no idea anyone lived there!
Mike Sekowsky's redesign of everything in the Speed Carter universe apparently extended to existing aliens as well, since the Saturnian shown in this tale doesn't match their original appearance in this story, illustrated by Joe Maneely.
But at least the Saturnians in this never-reprinted story from Speed Carter: SpaceMan #4 (1953) act the way they did previously, no doubt attributable to the fact that the same writer, Hank Chapman wrote both tales!
Please Support Atomic Kommie Comics
Visit Amazon and Order... 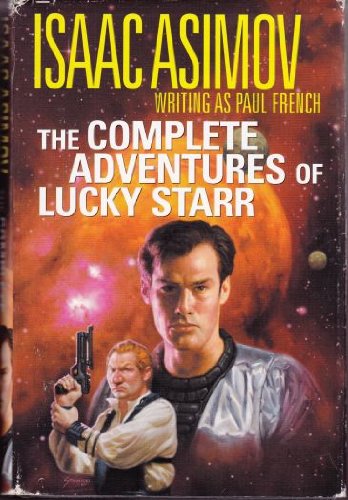 Complete Adventures of Lucky Starr
by Isaac Asimov
(under the pen-name "Paul French")
Omnibus of ALL Six Space-Opera Sagas!
David Starr: Space Ranger, Pirates of the Asteroids, Oceans of Venus, Big Sun of Mercury, Moons of Jupiter, Rings of Saturn
Posted by Britt Reid at 4/10/2021 07:00:00 AM