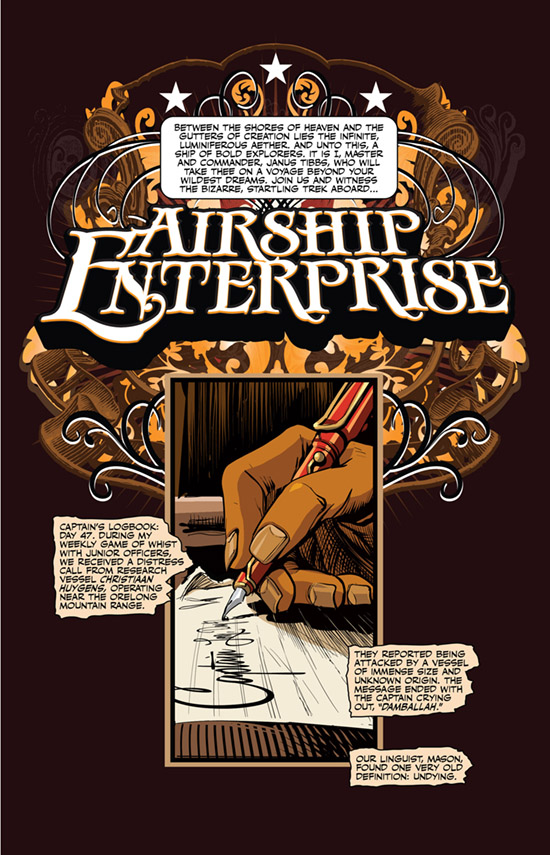 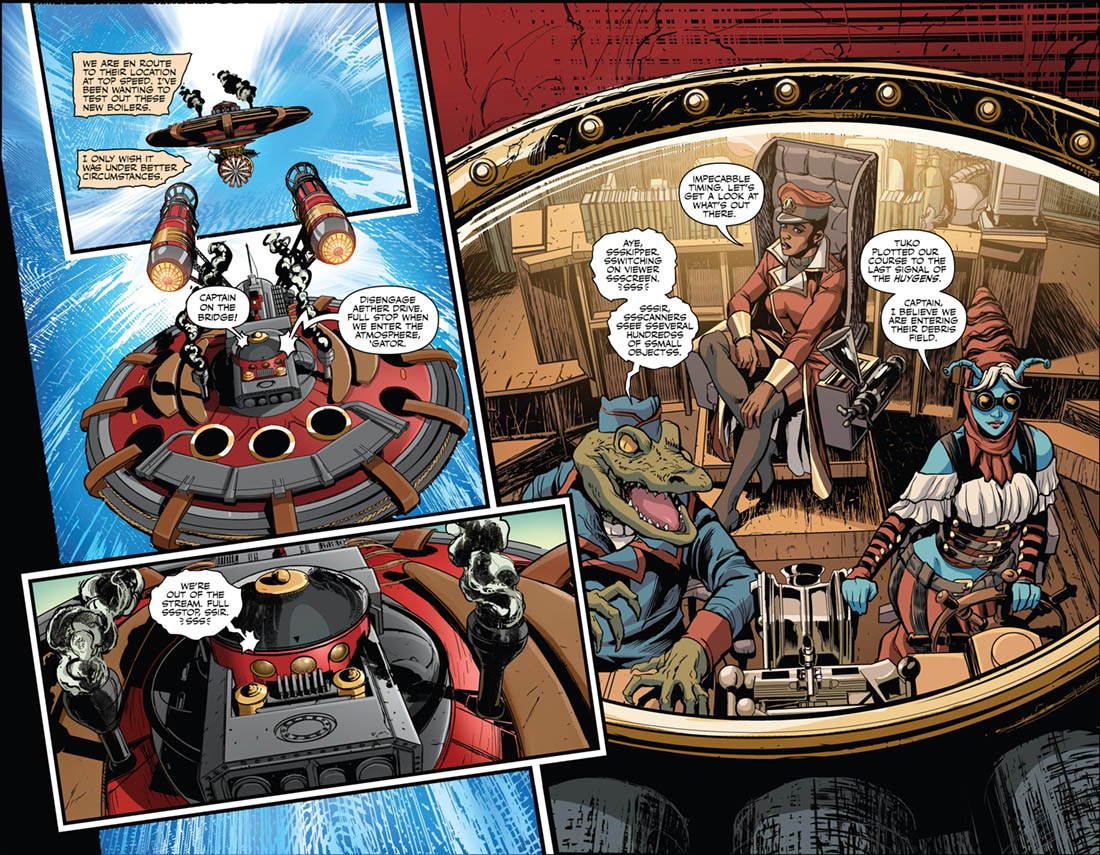 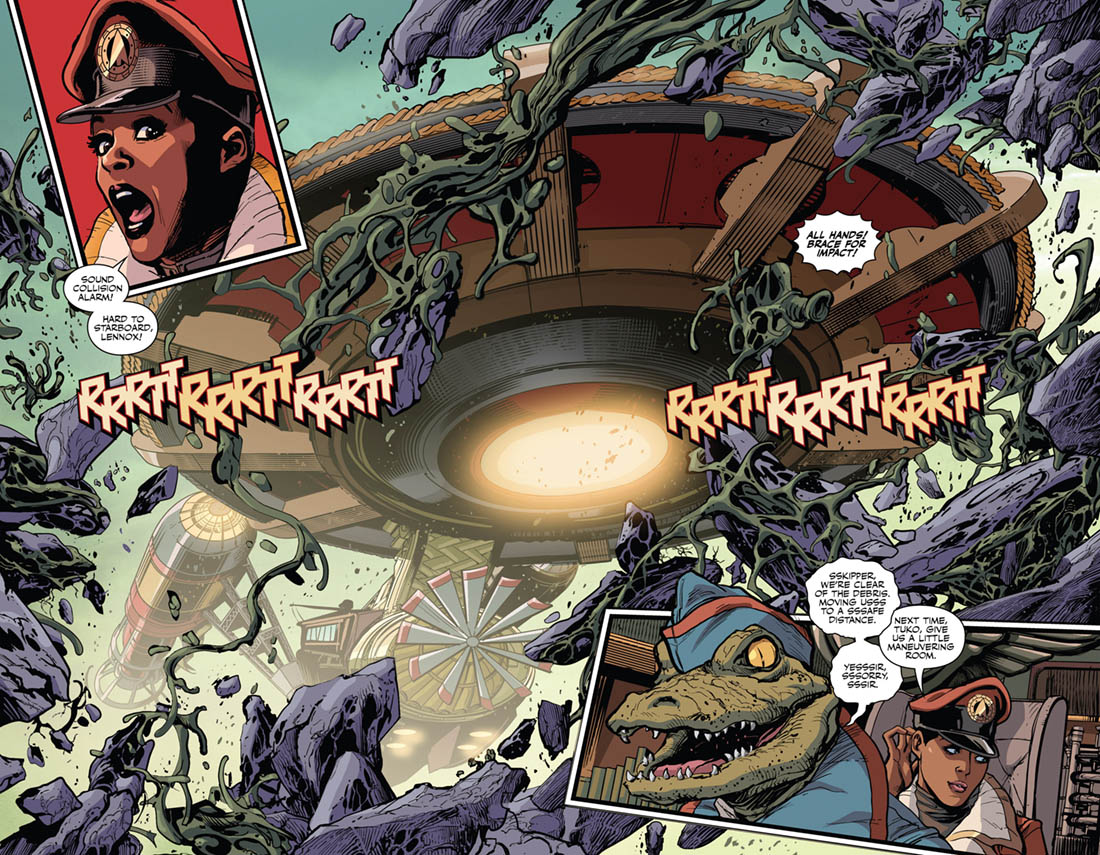 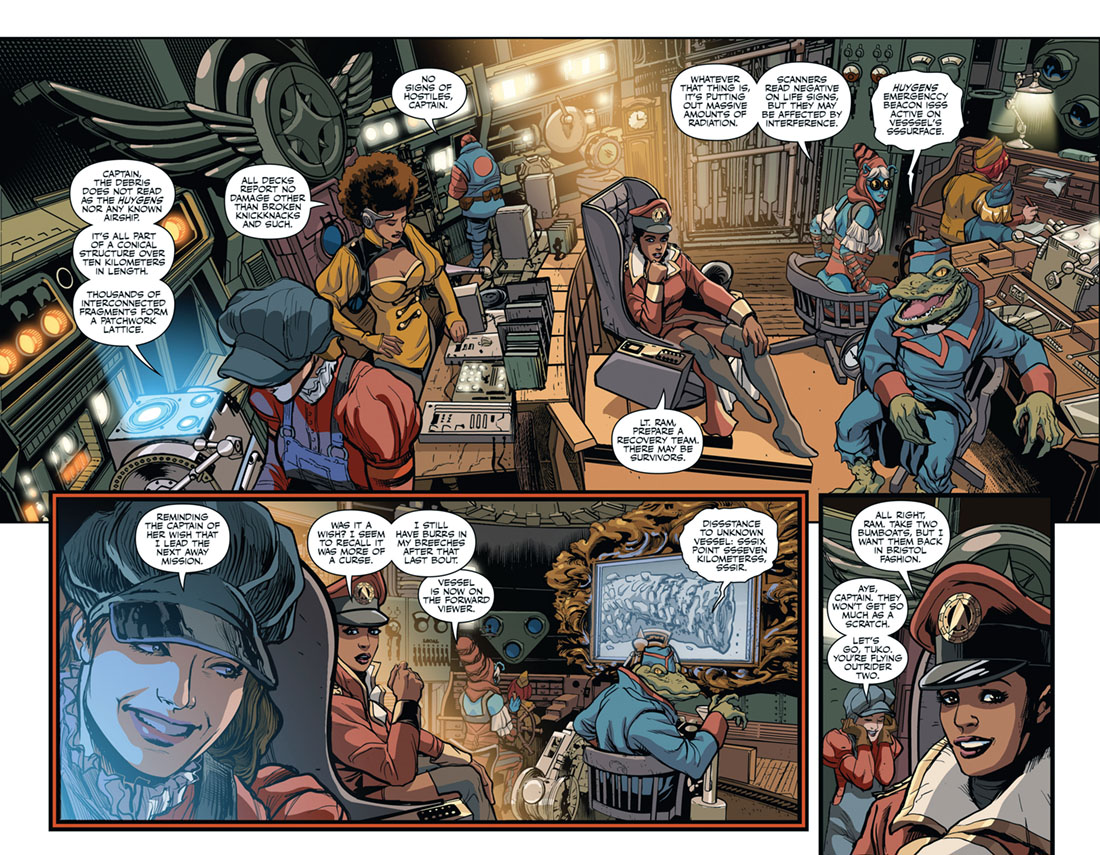 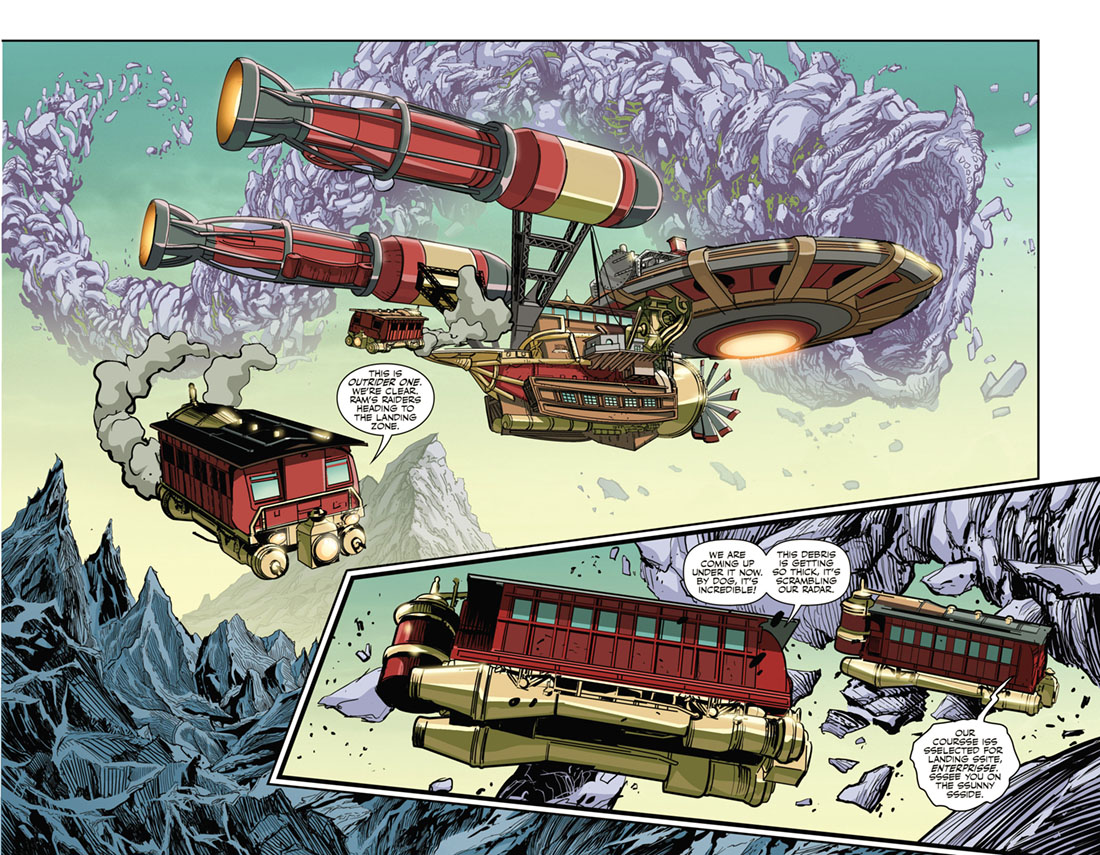 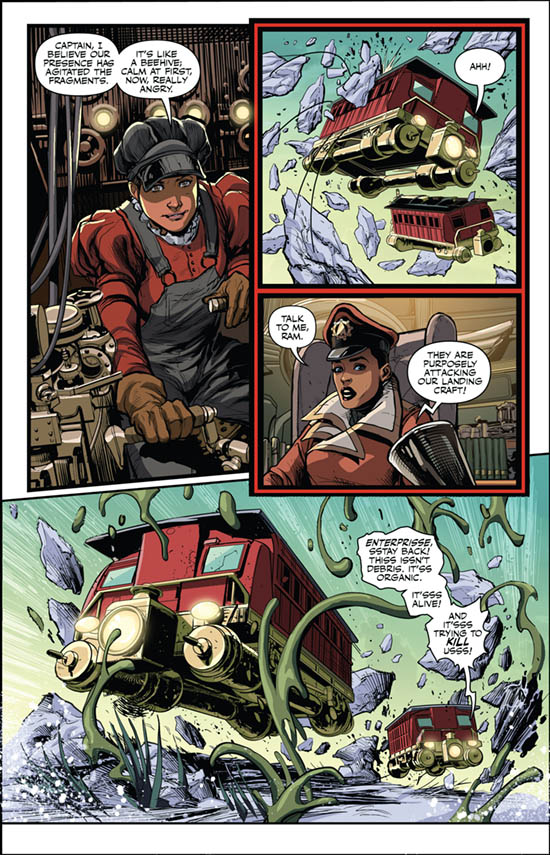 To Be Continued...
Next Wednesday!
While not exactly original, it's a fun "alternate universe" take on the concept.
I do have a question, though...why is the captain named "Janus", a male god?
Yeah, I know "Janus Tibbs" is a play on "James Tiberius", with "Tibbs" being a reference to Sidney Poitier's three-appearance film detective Virgil Tibbs.
But, considering writer/artist Brian Denham used performer/sci-fi aficionado Janelle Monae as the character's visual model, why not call her "Janelle"?
BTW, though it initially-appeared in Antarctic Press' b/w anthology SteamPunk Tales #1 (2014), this is from Antarctic's Airship Enterprise: the Infernal Machine #1 which re-presented the tale in color!
Please Support Atomic Kommie Comics!
Visit Amazon and Order... 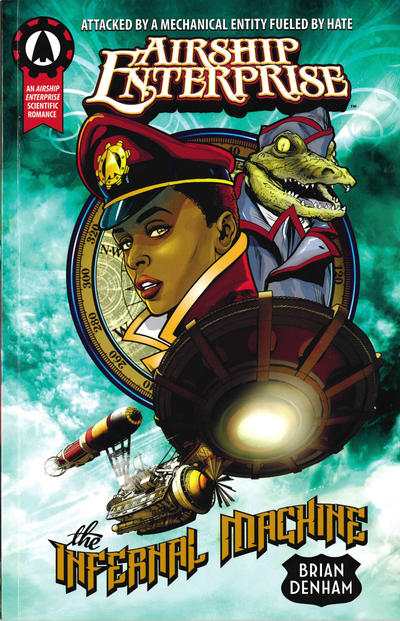 Airship Enterpise
Infernal Machine
Graphic Novel re-presenting the mini-series along with additional goodies
Posted by Britt Reid at 2/03/2021 07:00:00 AM