When Last We Left the Red-Nosed Reindeer (you know who)... 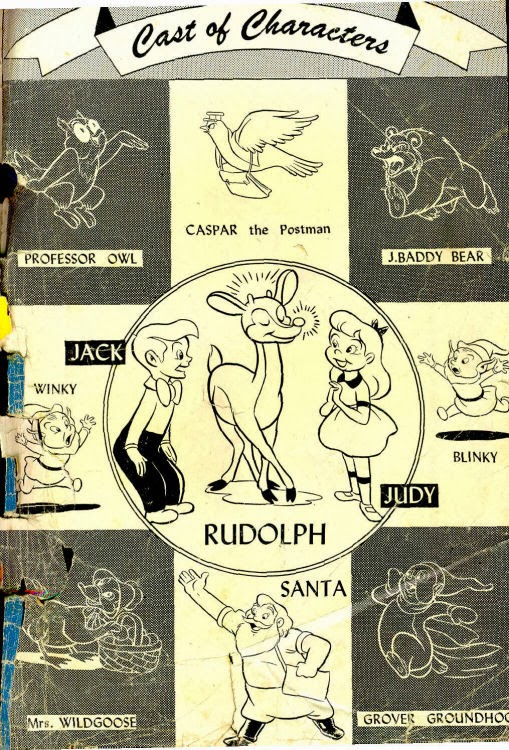 ...It's Christmas Eve, Santa has to get moving, and an apologetic Rudolph is ready to rejoin the crew... 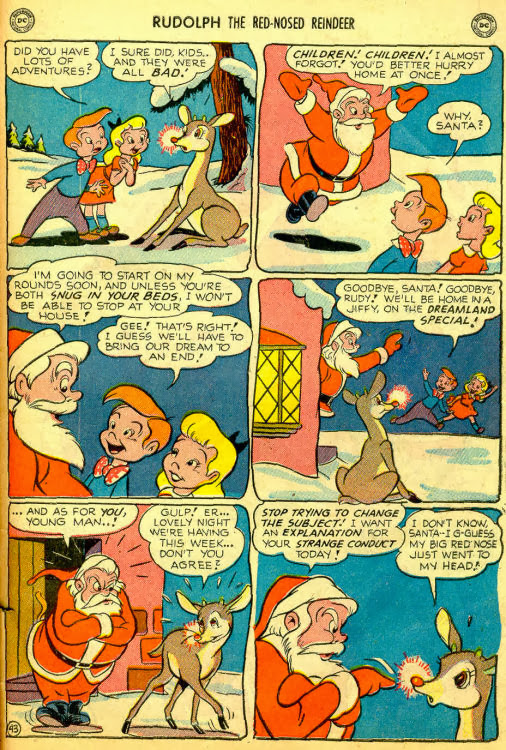 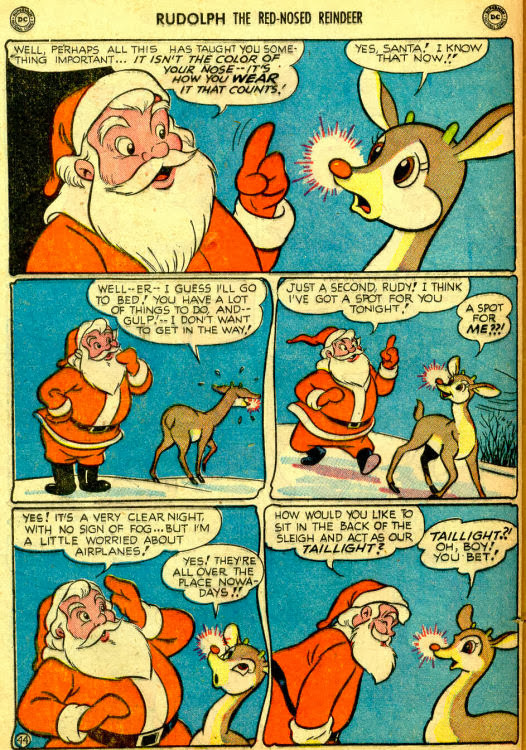 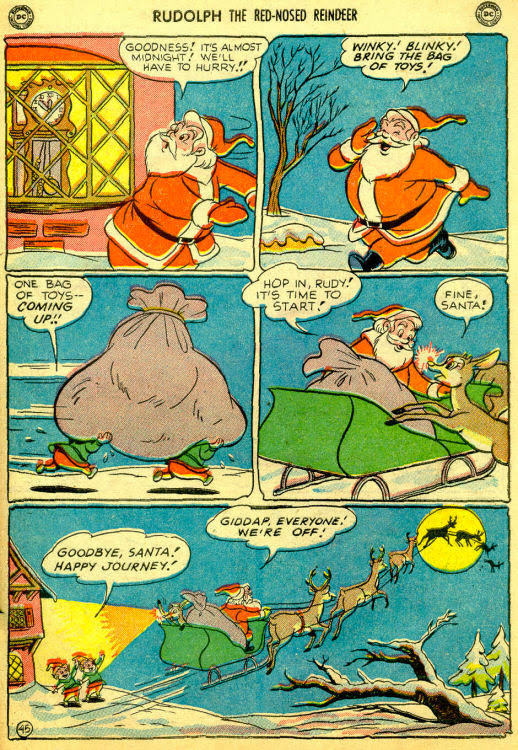 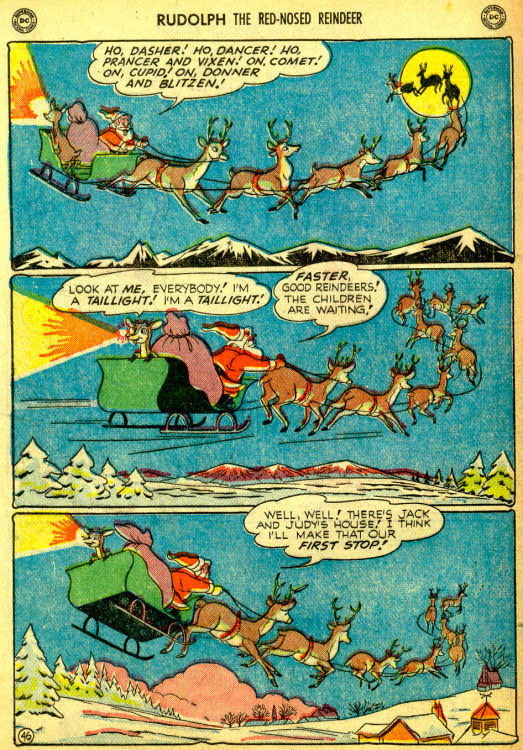 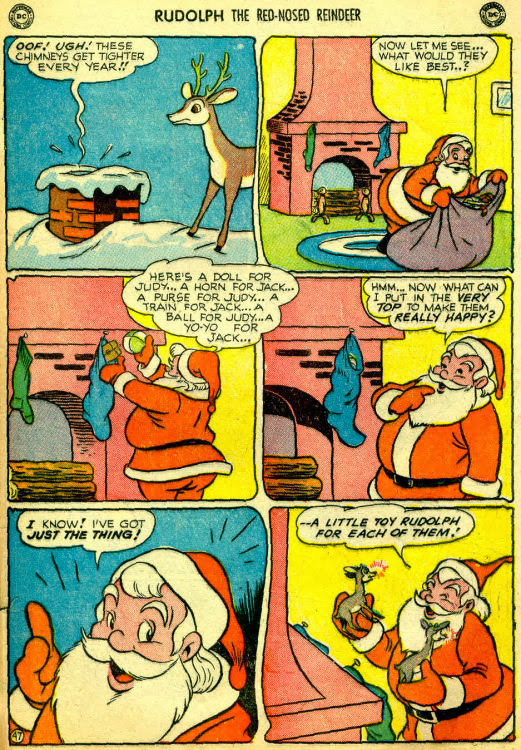 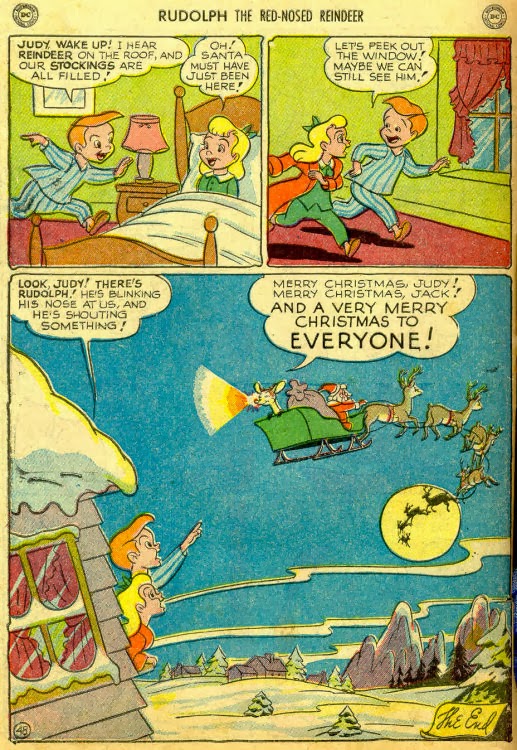 And that's how Santa introduced licensed toy promotions into comic books.
Written by Sy Reit and illustrated by Rube Grossman, this 1950 annual was the first of a series that ran until 1963.
The concept was revived in the tabloid-sized "Treasury" (10" x 14") format in 1972 and was published annually (except in '75 and '77) until 1978.
(Both DC and Marvel experimented in the 1970s with the over-sized format.
They were much bigger than normal comics with cardstock covers, though the interior pages were printed on the usual comic book newsprint.)
The series was a more-or-less sequel to the original story (which we presented HERE.) and song.
(The animated TV special that tells a totally-different version of the tale didn't appear until 1964.)
We're skipping the next two Fridays since they're Christmas and New Year's Day!
Fear not!
Friday Fun will return in 2021!
Please Support Atomic Kommie Comics this Christmas!
Visit Amazon and Order... 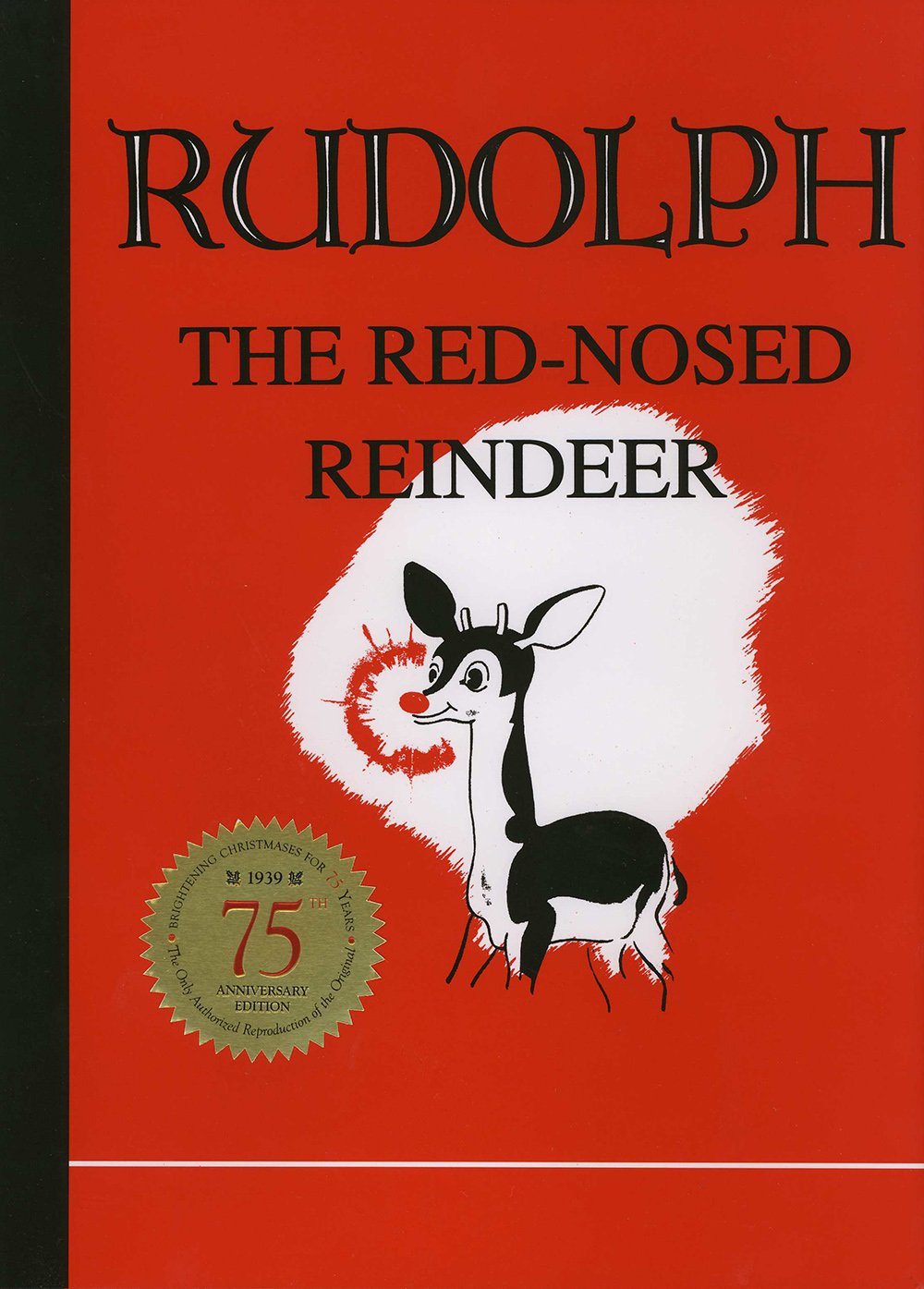