Let's look in on the role model of Don da Con's deplorables... 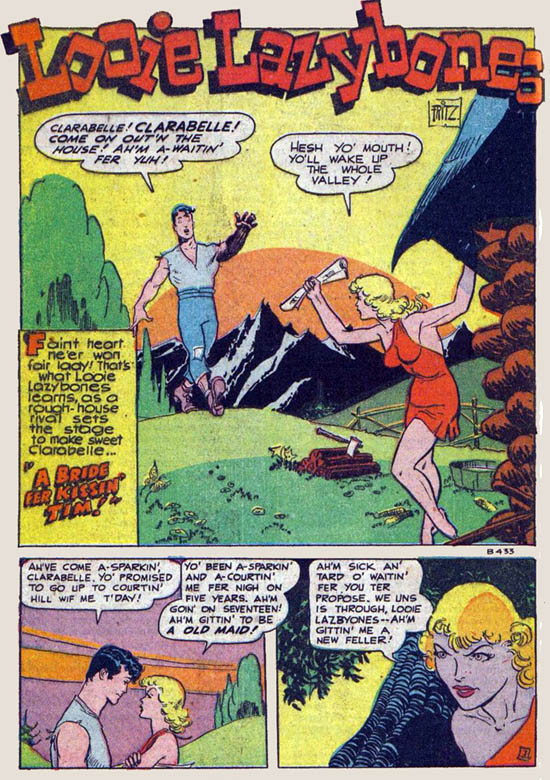 ...(except for his honesty, integrity, and chivalry) in this never-reprinted tale from Nedor's Thrilling Comics #71 (1949). 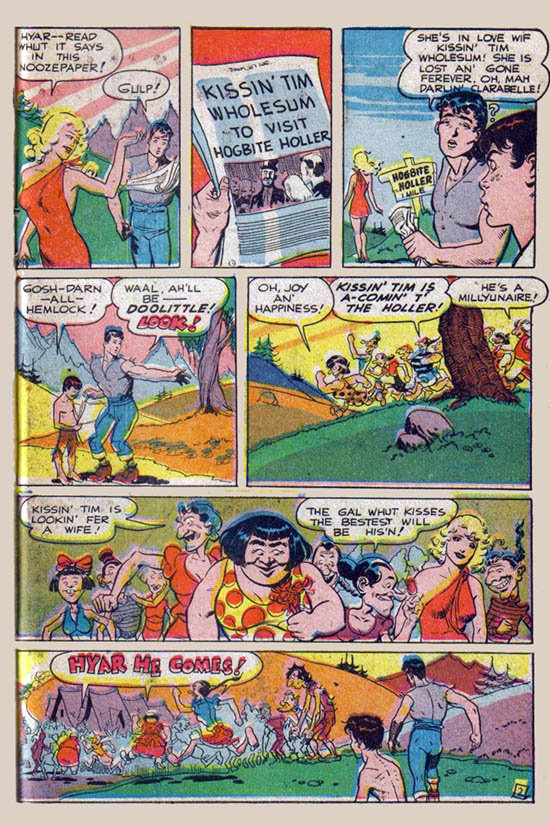 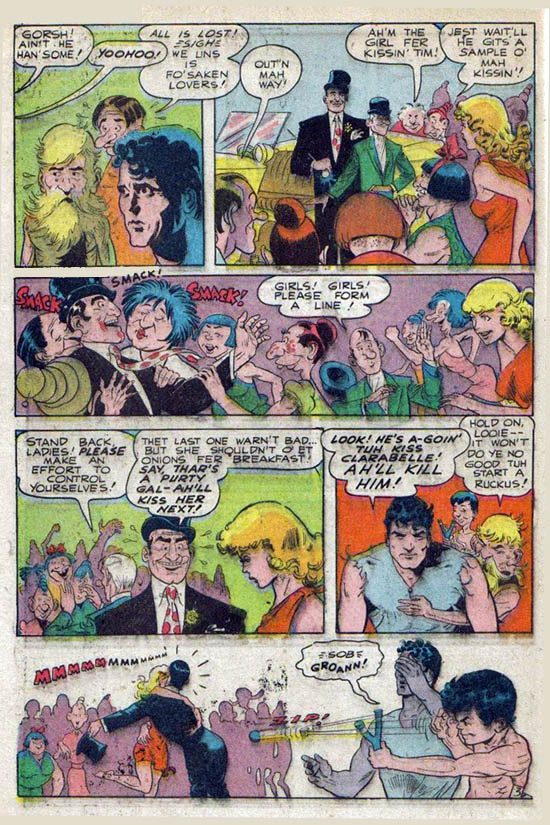 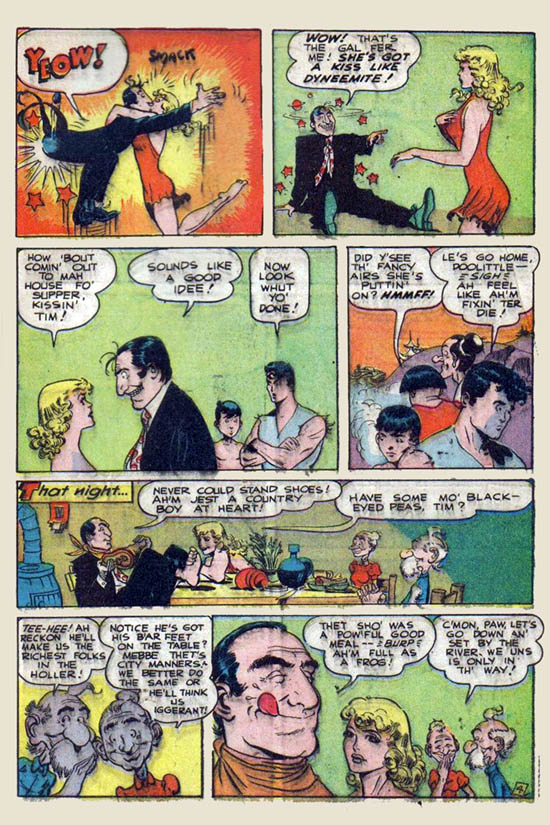 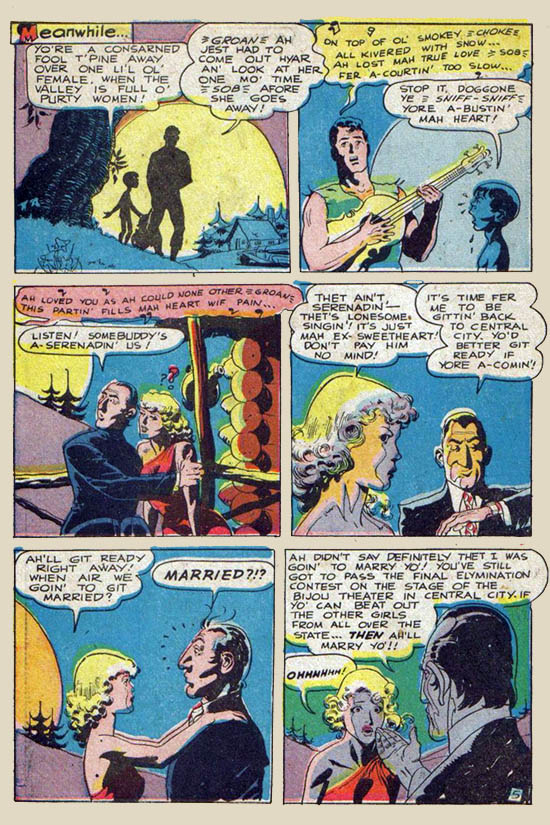 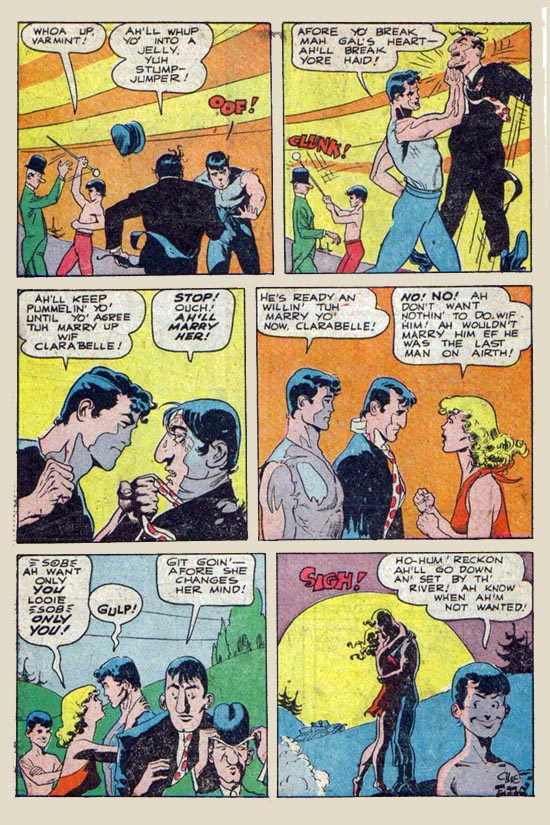 Created in 1943, Looie Lazybones floated around the Nedor Comics line as a "filler" strip until settling down in Thrilling Comics as of #56 (1946).
Young up-and-comer Frank Frazetta took over the art in #67 (1948) bringing it amazingly-close to the visual style of the strip's "inspiration", Al Capp's Li'l Abner, which had already become a media sensation, with a radio show, feature film, and tons of merchandising (including a solo comic about Abner, an anthology about Dogpatch, a title dedicated to Wolf Girl, and a book about the Shmoos)!
Frazetta's Looie was so close, in fact, that Capp hired him to "ghost" Li'l Abner in 1954!
Please Support Atomic Kommie Comics
Visit Amazon and Order... 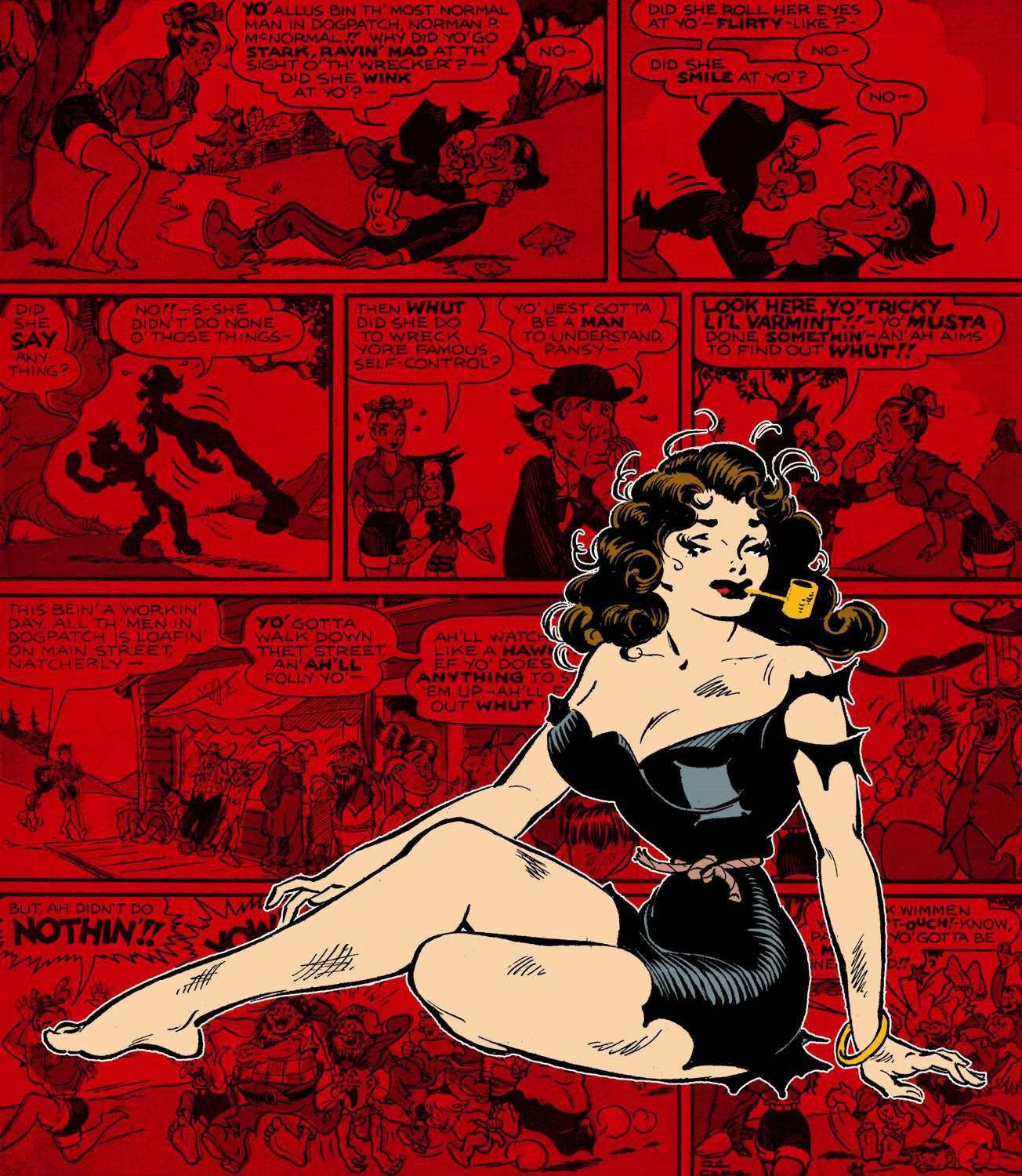