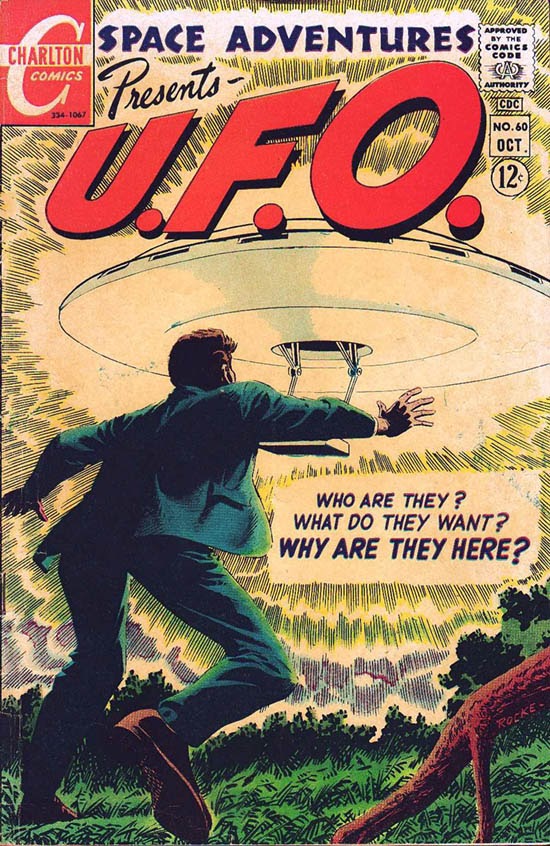 Small town newspaper reporter Paul Mann researches a story about how, 100 years earlier, a flying saucer landed and aliens cured a local boy, ending a feud between two families that had gone on for generations.
With saucer sightings recently on the increase, Mann wonders if he'll encounter one... 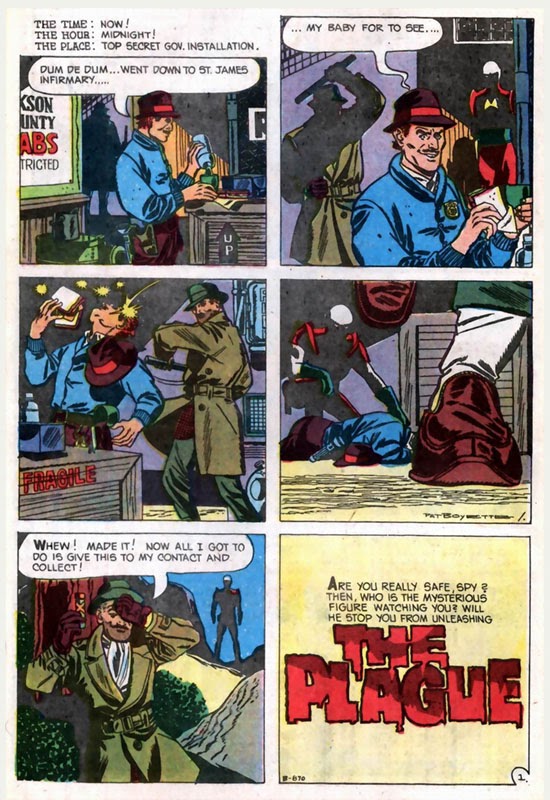 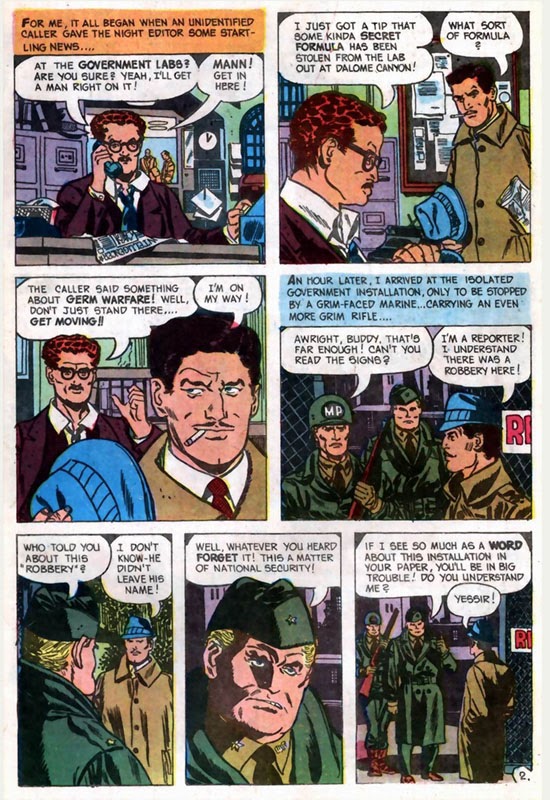 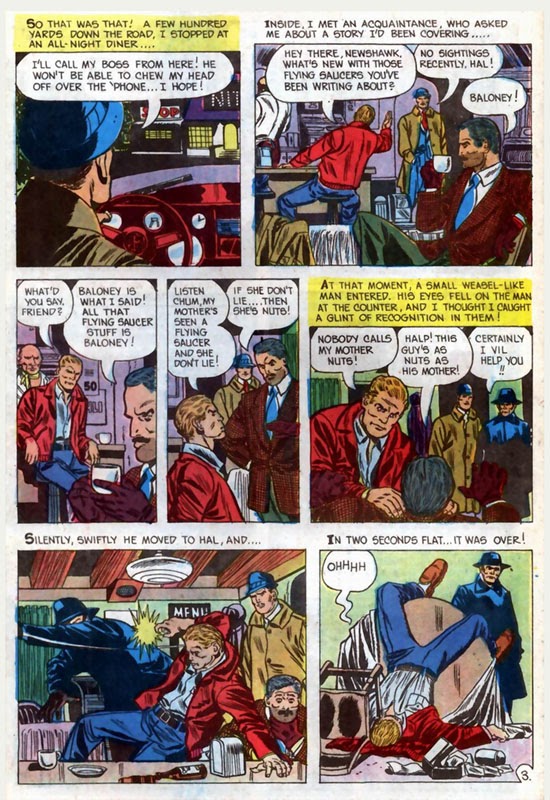 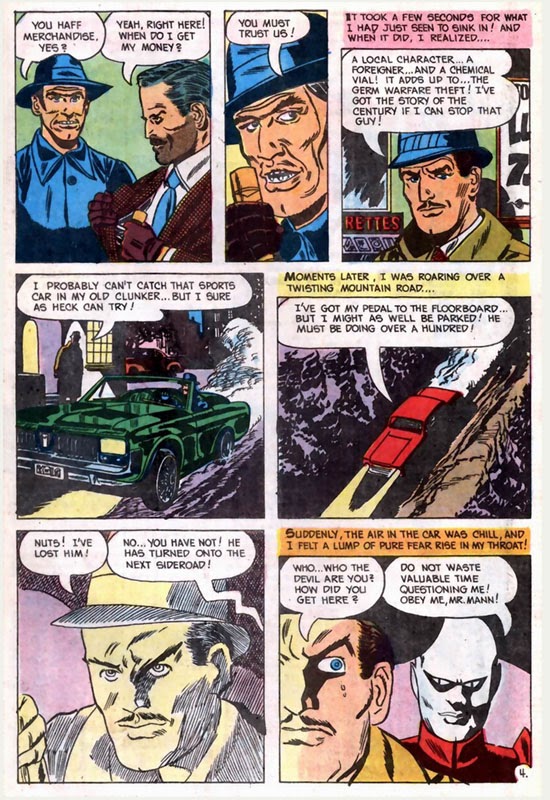 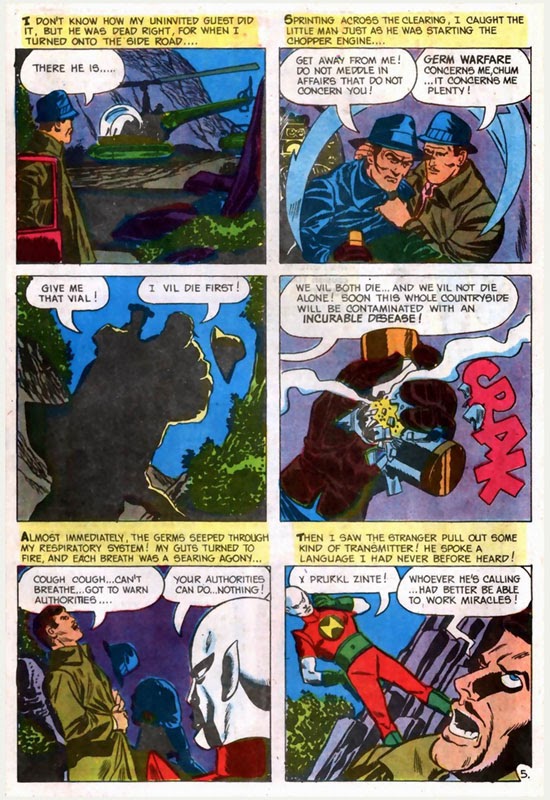 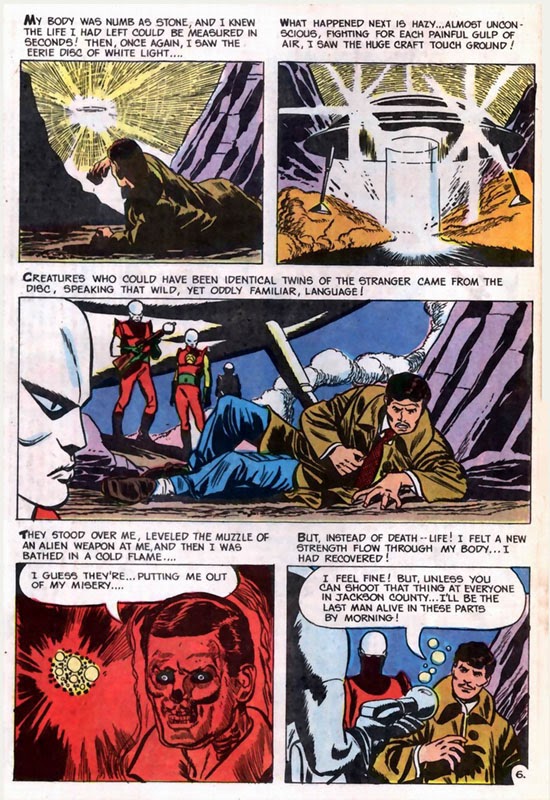 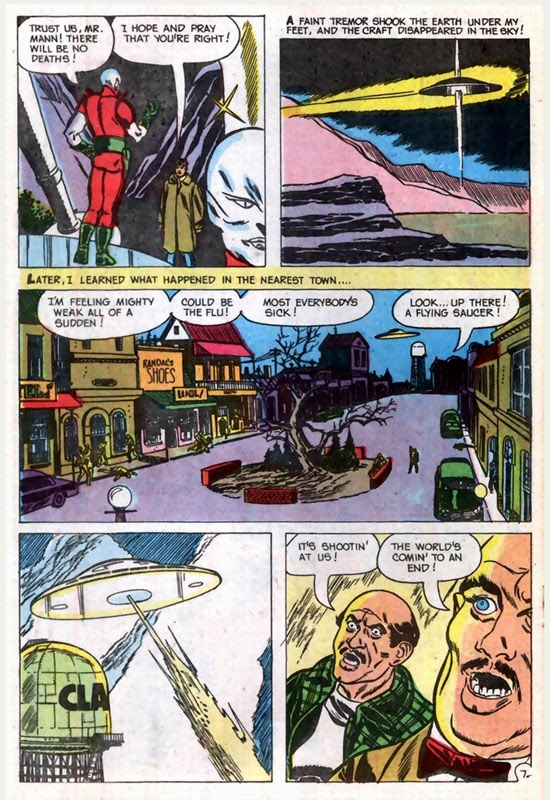 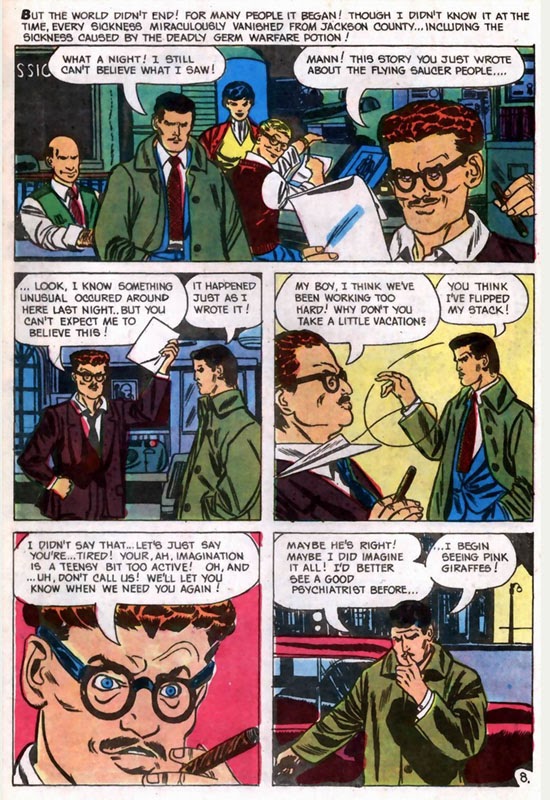 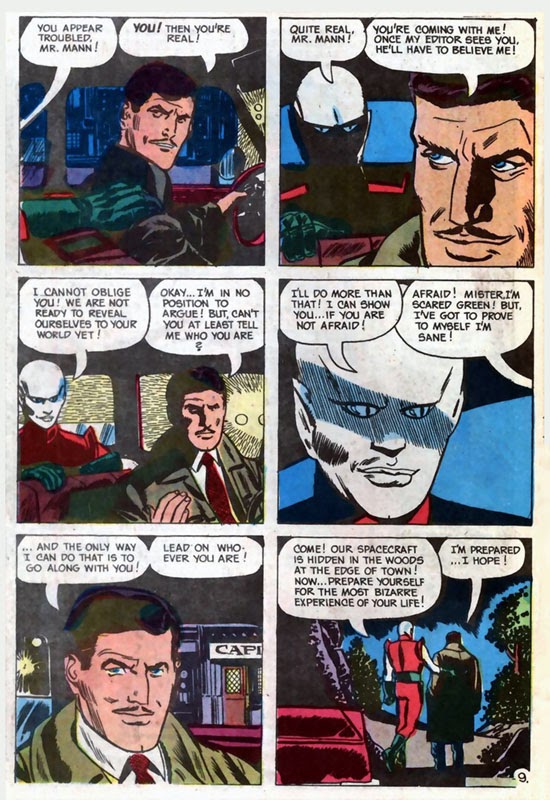 But can Mann be prepared for the senses-shattering Secret of the Saucer?
Find Out Next Wednesday!
The second part of this book-length tale from Charlton's Space Adventures #60 (1967) was illustrated by artist Pat Boyette, an artist who usually did his own penciling, inking, and lettering, giving his work an immediately-distinctive visual style.
There's a kool tribute page to Boyette HERE.
You'll note the art is much cleaner and sharper than the previous chapter.
That's because it's not from Space Adventures, but the reprint in Charlton's Ghost Manor #77 (1984), which, curiously, left out the previous chapter entirely (but did run the final chapter, making the reprint a two-part, not three-part story)!
Here's Page One from the original printing... 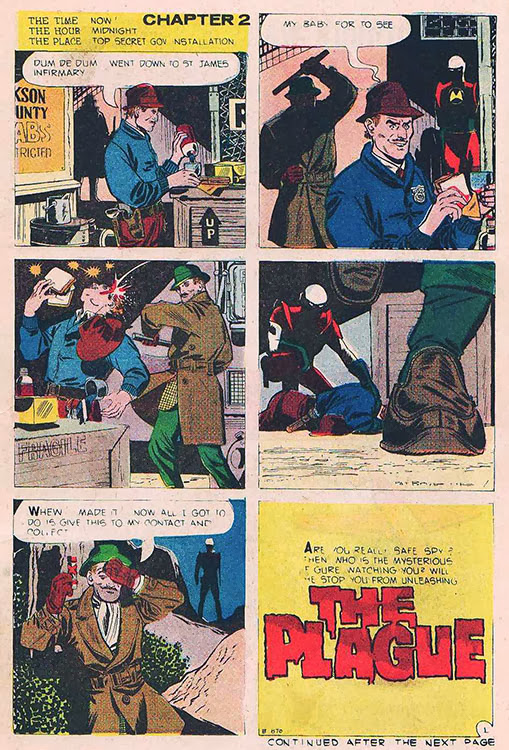 Note the "Chapter Two" subhead was removed in the reprint!
BTW, all three parts of this story (and the sequel) were written by Denny O'Neil using his "Sergius O'Shaughnessy" pseudonom.
Please Support Atomic Kommie Comics!
Visit Amazon and Order... 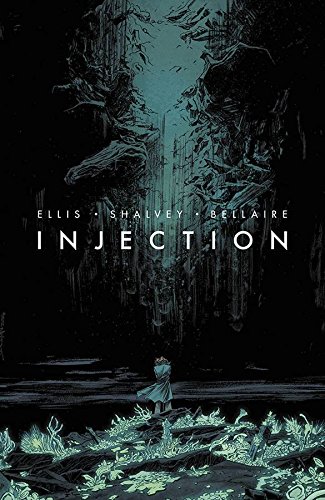