You may have noticed that the Friday Fun series features strips which have a distinctive "flavor"... 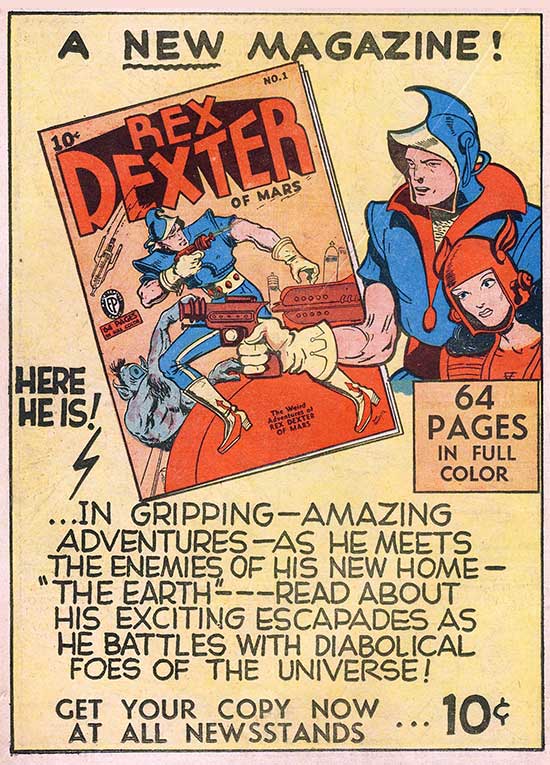 ..usually attributable to a creative (writer, illustrator or writer-illustrator) who remains constant through the entire run!
Starting today, we're re-presenting another never-reprinted series with a unique style...Dick Briefer's Rex Dexter of Mars!
Remember the interplanetary rocket that took off during the New York World's Fair of 1939? 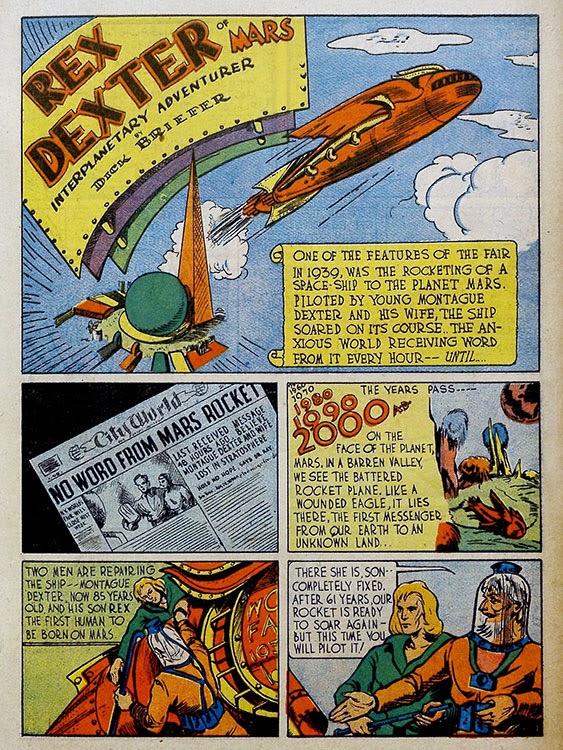 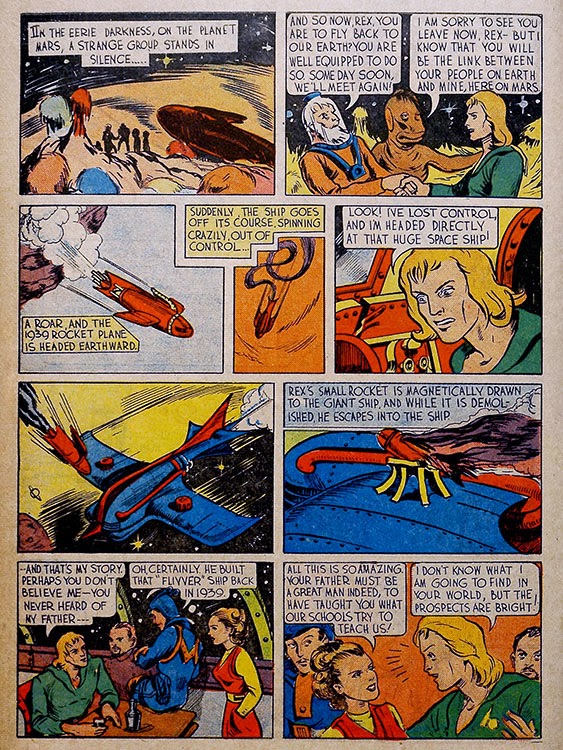 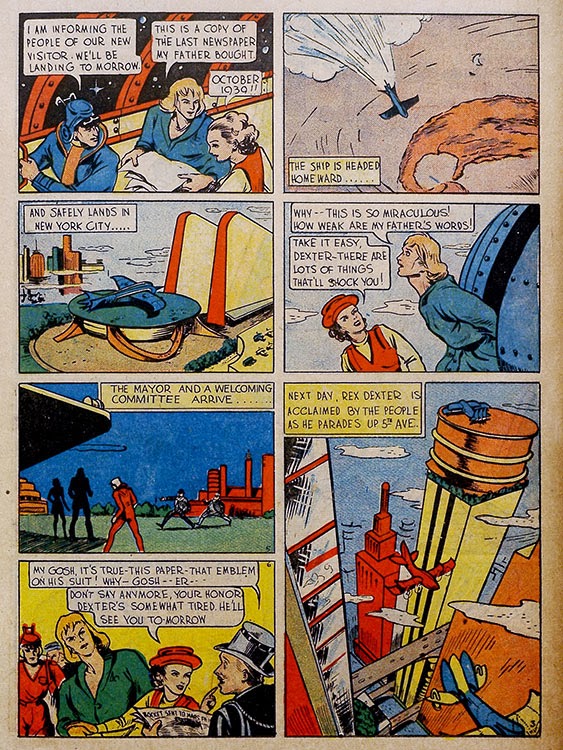 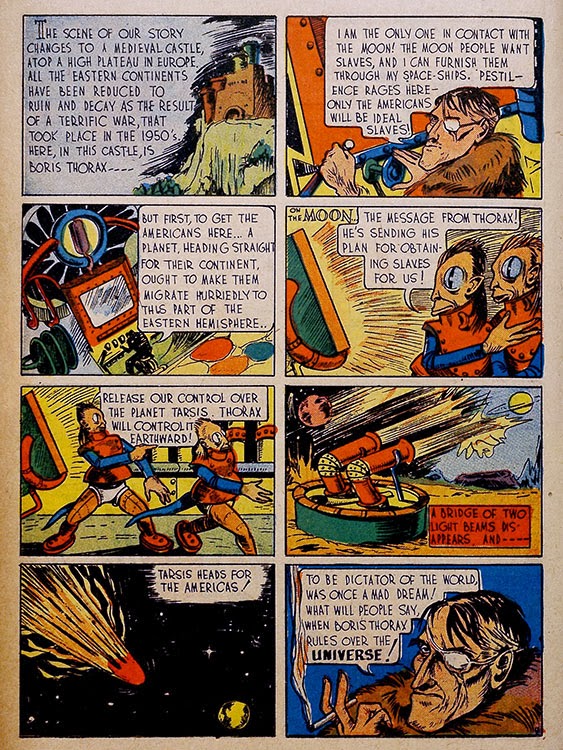 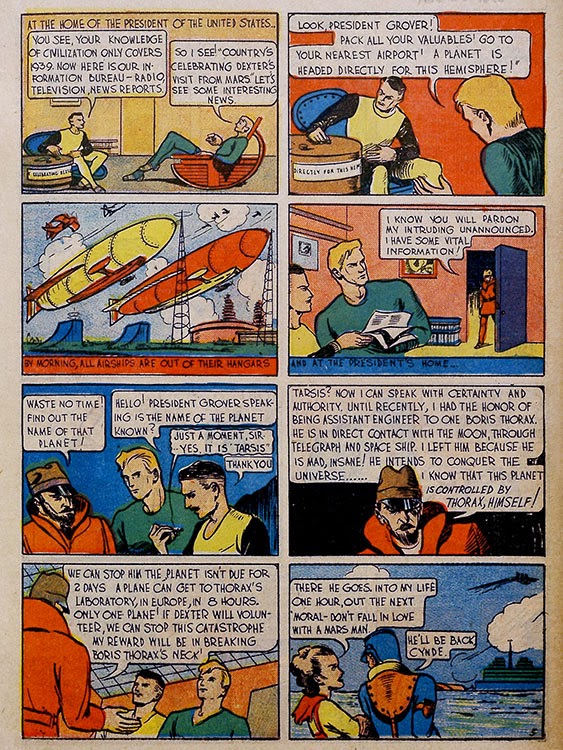 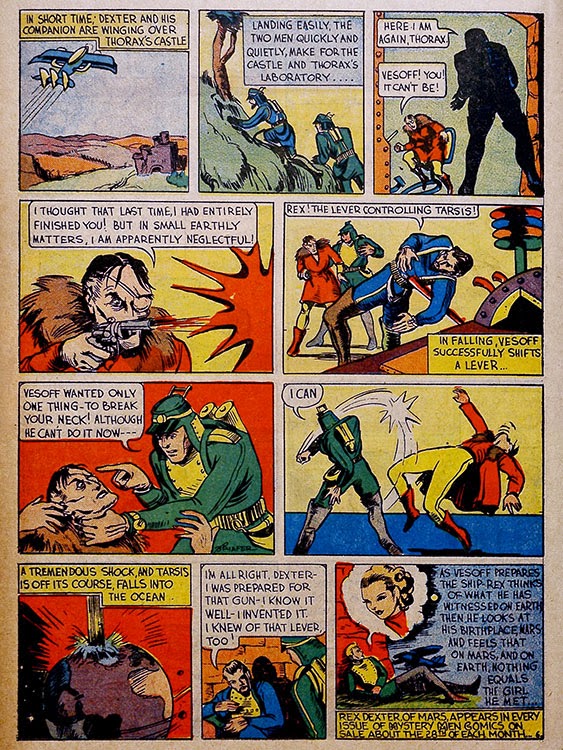 Wow, that's a helluva lot for only six pages in the back of Fox's Mystery Men Comics #1 (1939)!
Today, it'd be a four-issue mini-series!
Writer-artist Dick Briefer ended up creating a rather kool sci-fi character who became one of the longer-lasting strips of the Fox Comics line, lasting the entire run of Mystery Men Comics as well as his own one-shot title, and as one of the features in Victor Fox's proposed newspaper strip booklet (predating Will Eisner's Spirit inserts by a month or so in 1940). 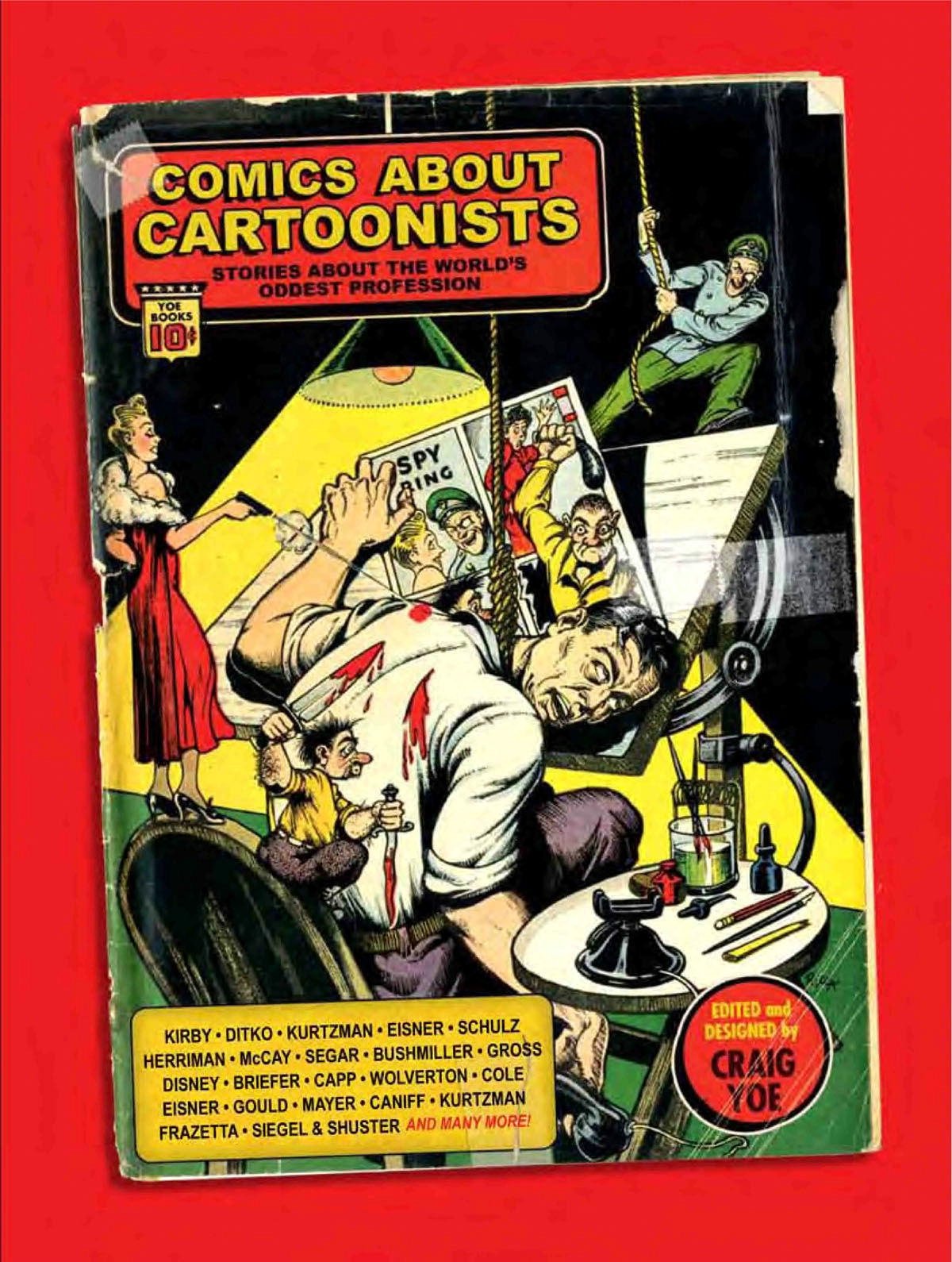 Comics About Cartoonists
Stories About the World's Oddest Profession
Posted by Britt Reid at 4/20/2018 01:00:00 PM