One of the longest story titles ever leads into our "When Last We Left Our Hero" synopsis... 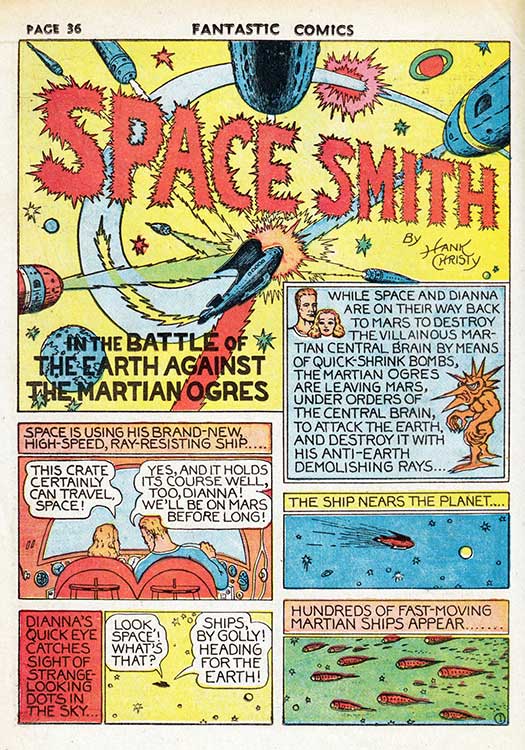 ...so buckle up your space-safety belts, 'cause now the action is non-stop! 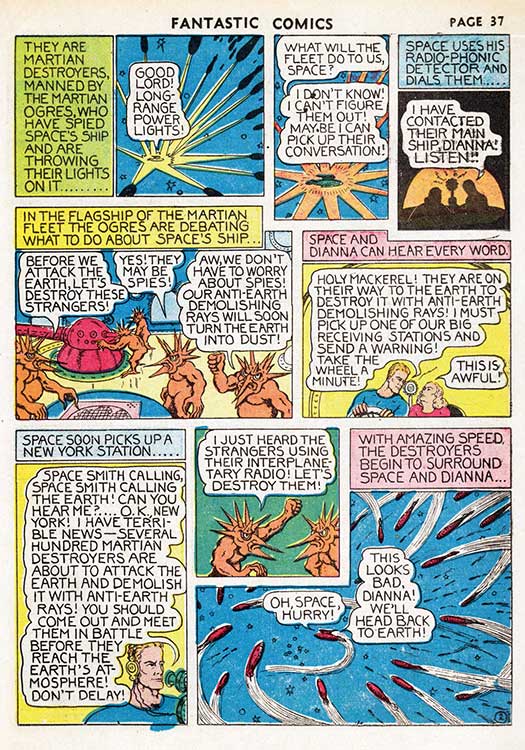 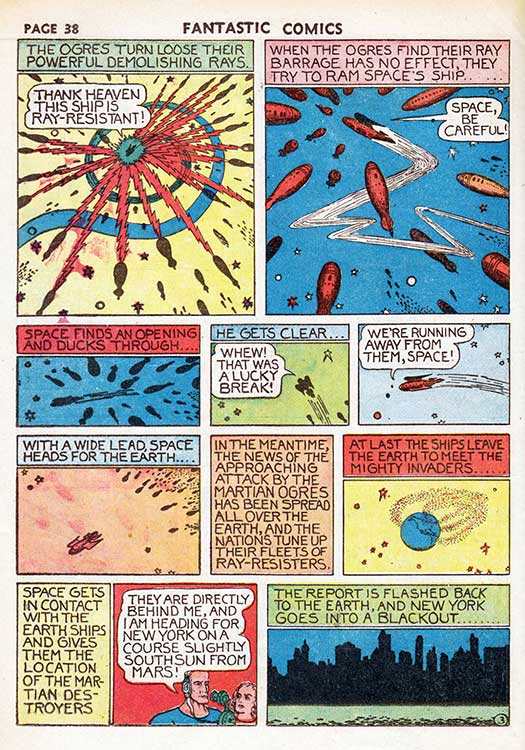 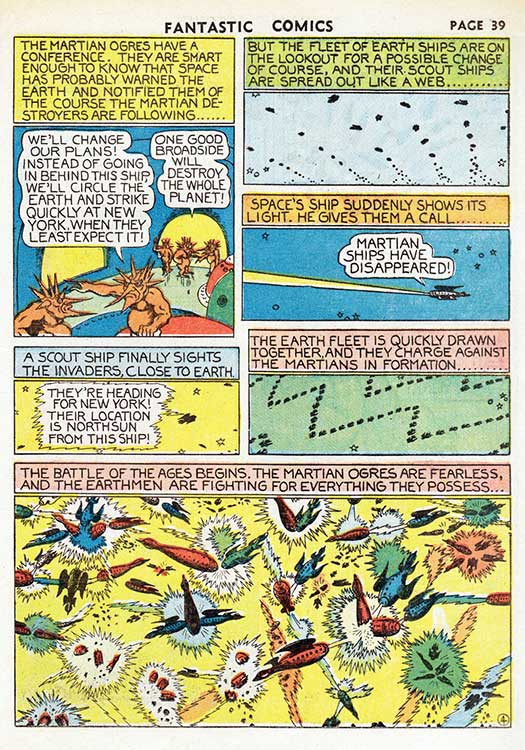 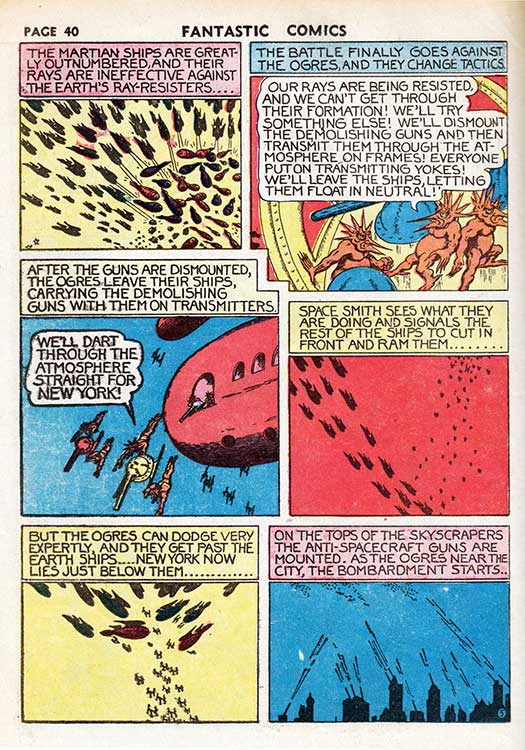 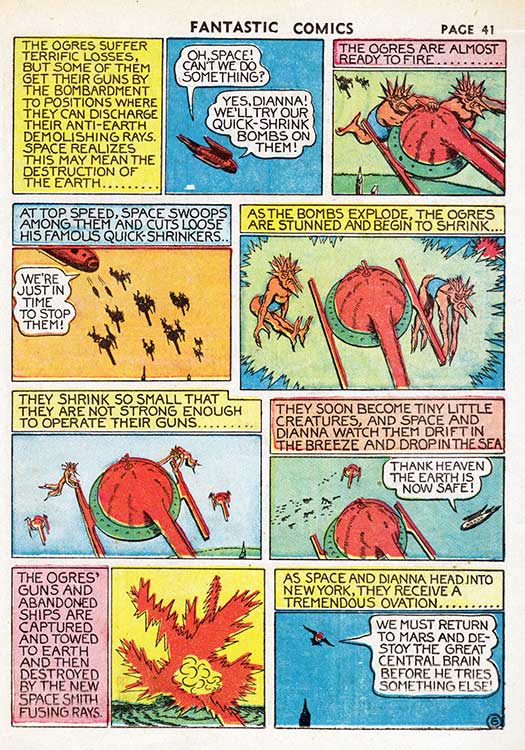 An epic space battle worthy of feature-film treatment in only six pages!
Try doing that in today's comics!
BTW, isn't it odd how these Martians from Fox's Fantastic Comics #2 (1939) don't resemble the ones seen in Space Smith's previous adventure?
Some call Fletcher Hanks the "Ed Wood of comics", but there's no mistaking the sheer imagination behind the primitive art.
When comic books featuring new material (they were initially comic strip reprints) first appeared in the late 1930s, it was an "anything goes" market as publishers would run whatever they could lay their hands on from both comic strip and pulp magazine professionals and talented (read "cheap") amateurs.
Some, like Siegel & Shuster, Simon & Kirby, and Finger & Kane created what would become American icons.
Others. like Hanks, were like mayflies, briefly appearing...then disappearing, leaving little behind.
Even comics geeks had forgotten about Hanks' material, which sat un-reprinted for over half a century, until Fantagraphics produced a couple of books collecting his work from the various anthologies it appeared in!
We'll be running the entire Space Smith series over the next year, including both Hanks'  work and the later, more conventional tales by others.
Watch for them...
Support Atomic Kommie Comics
Visit Amazon and Buy.. 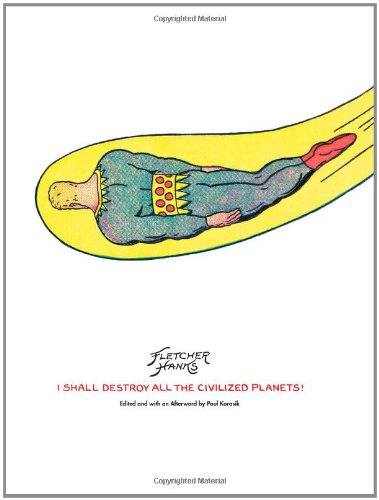