If you think finding employment is difficult now... 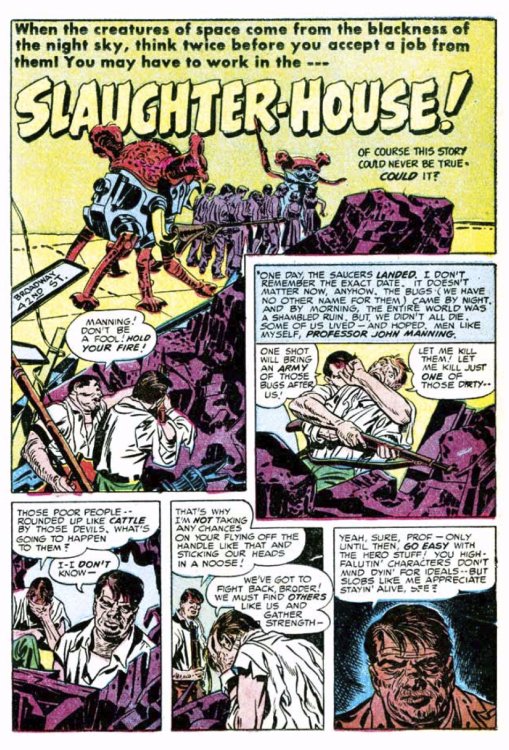 ...imagine what it'd be like when your boss is an invading tentacled alien! 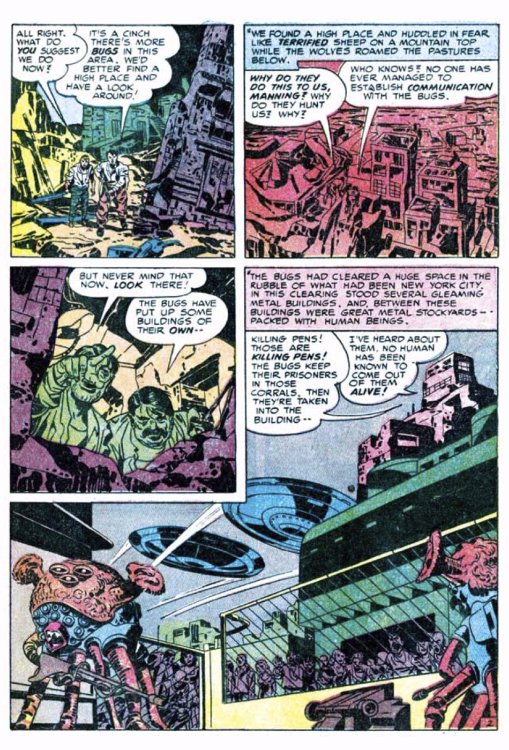 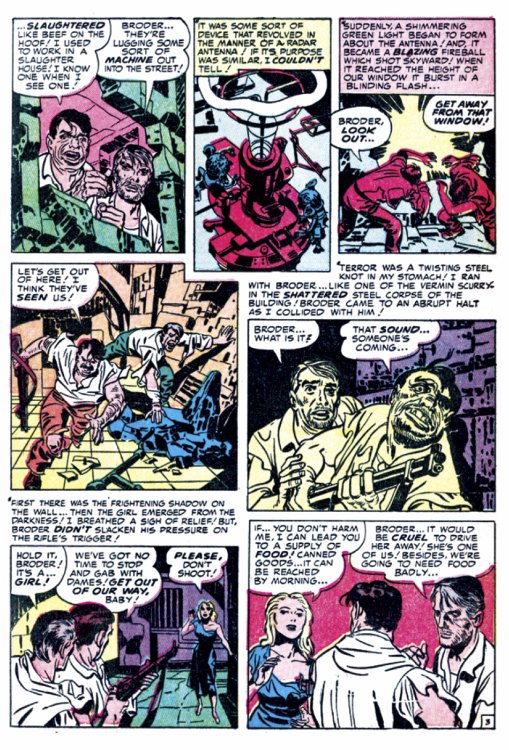 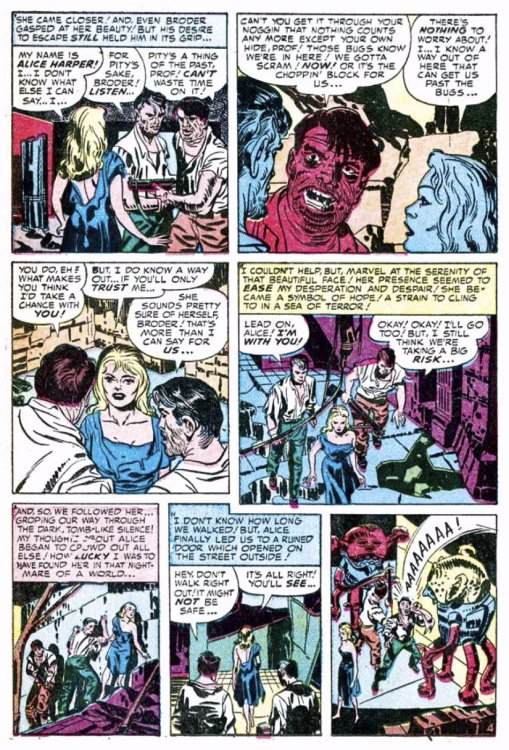 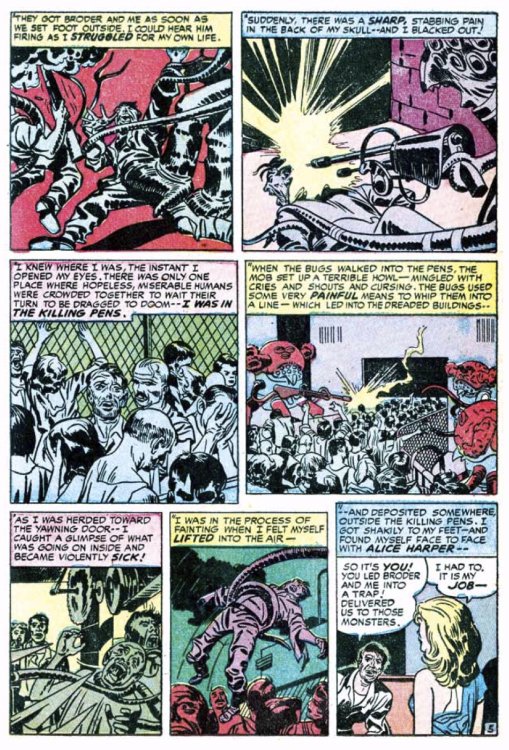 This tale of interstellar labor relations from Prize Comics' Black Magic #31 (1954) was illustrated by the legendary duo of Joe Simon & Jack Kirby, though who penciled what and who inked what has been disputed by aficionados.
Personally, I think Kirby penciled and Simon inked.
As to who wrote it, since both Simon & Kirby co-edited the book, it's more than likely they both scripted it.
Note: this story had never been reprinted until it's recent second publication in IDW's Haunted Horror anthology title.
Posted by Britt Reid at 3/14/2014 02:23:00 PM