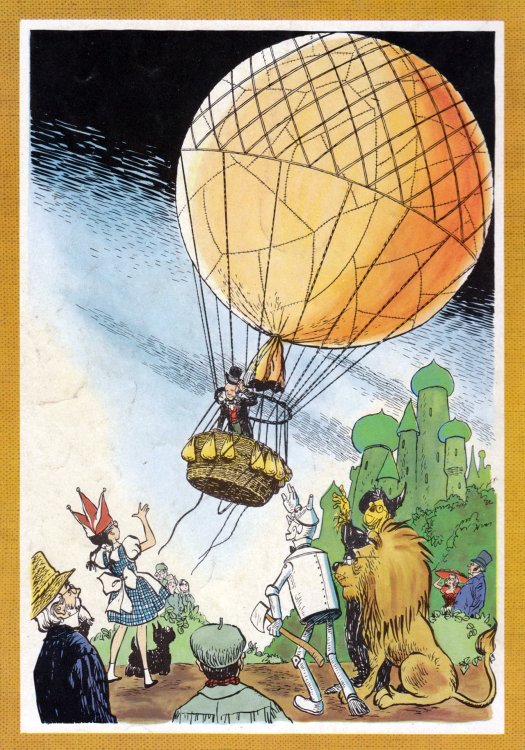 ...oops, they only said (and sang) that in the Judy Garland movie!
And this definitely ain't the 1939 flick!


However, the Wicked Witch of the West is, in fact, dead!
Using the witch's magic hat, Dorothy commands the flying monkeys to carry herself and her friends back to the Wizard's Palace in the Emerald City... 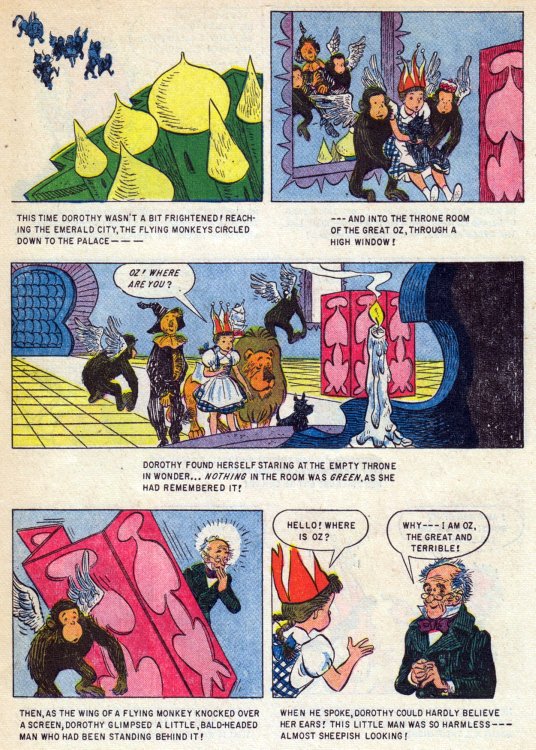 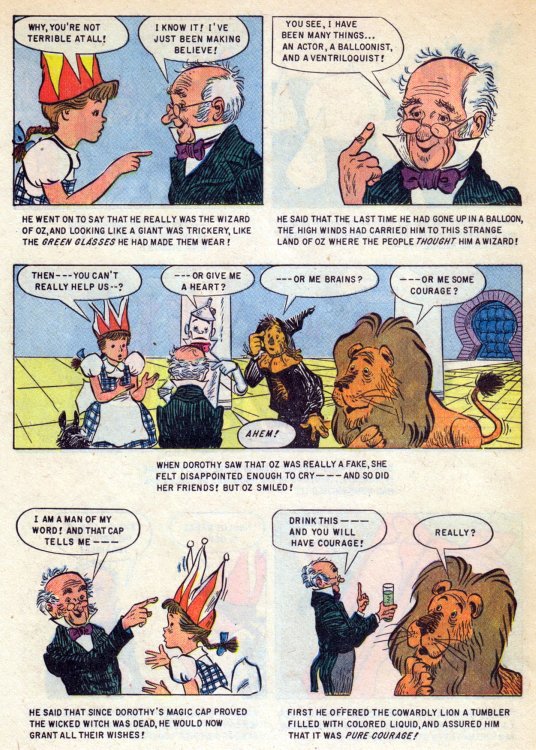 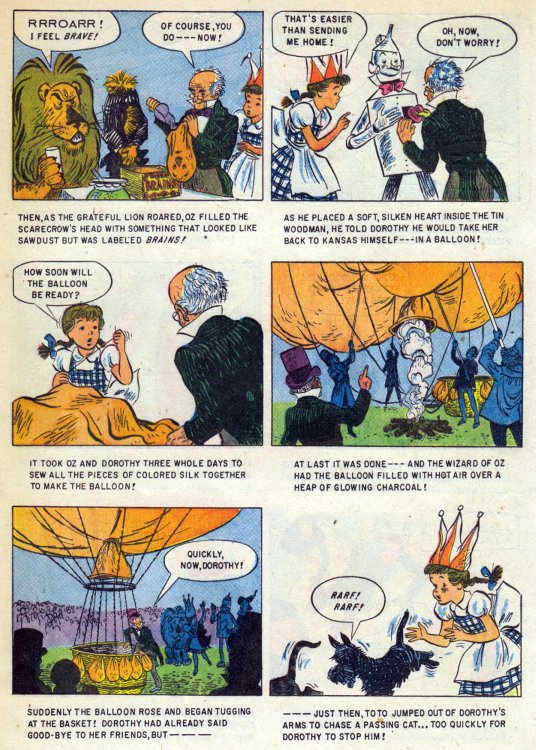 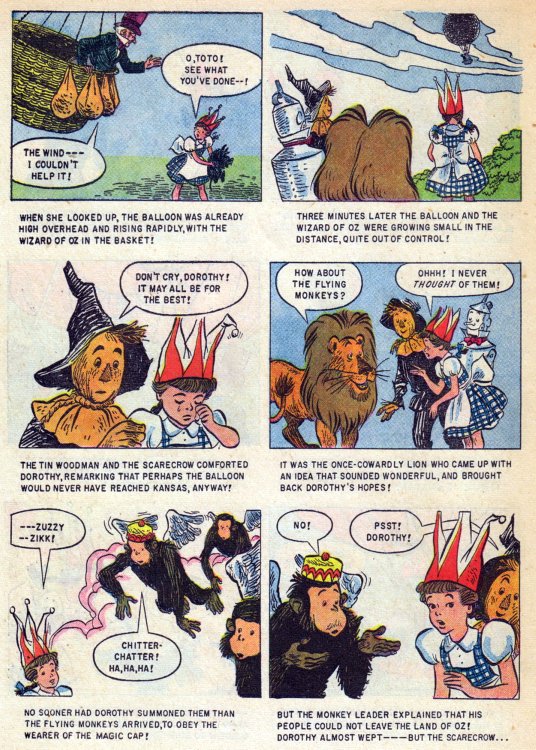 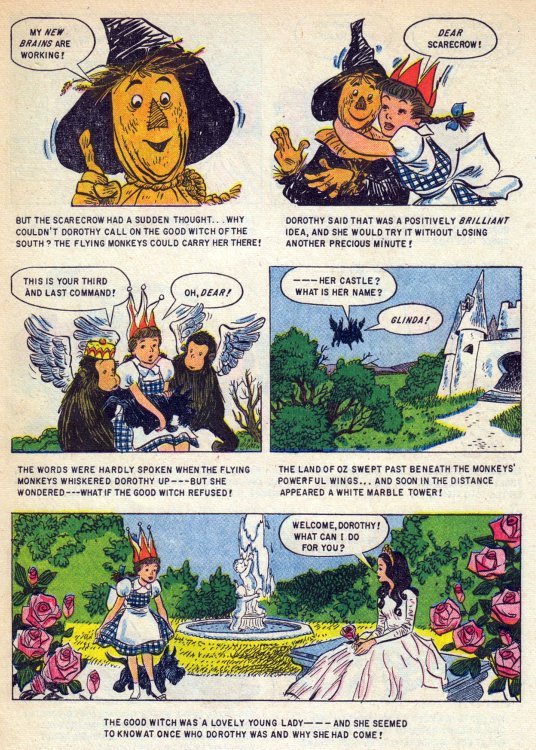 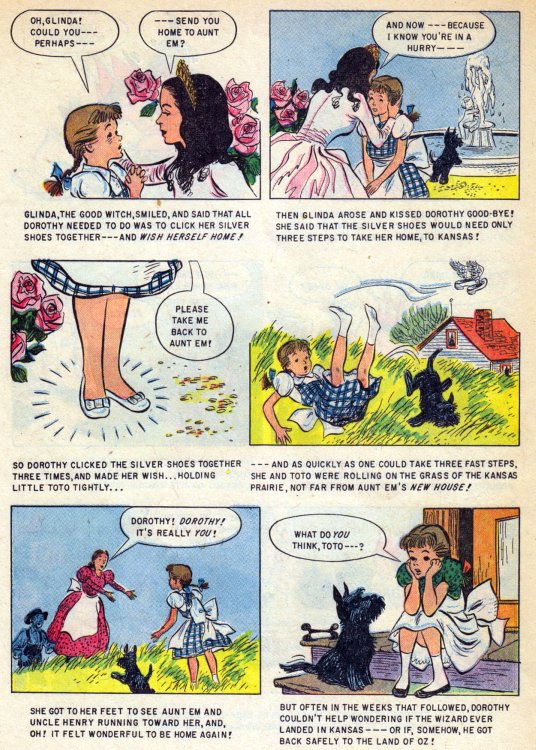 While not a perfect retelling of the novel, it's a helluva lot closer to the source than any of the various movies/tv shows/cartoons from 1908 to the present!

This never-reprinted book adaptation from Dell Junior Treasury #5 (1956) was scripted by Gaylord DuBois and illustrated by Mel Crawford.
Oddly, it's not listed in the Wikipedia article about various adaptations of the novel!
The Classics Illustrated Junior version (which is totally-different) is listed!

Heck, there have even been several anime versions... 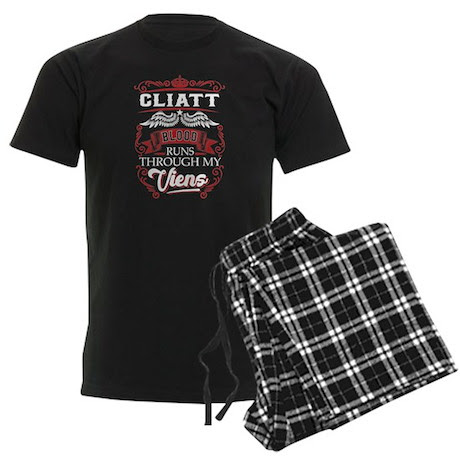