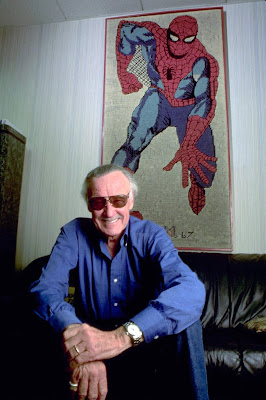 Co-Creator of the Marvel Comics

universe...although "Catalyst" might be a better term to describe him.

Together with an astounding group of artists (some like Jack Kirby

, already legends in the field), he produced a memorable lineup of characters and stories which, to this day, form the backbone both of the comics line and various film and tv spinoffs.
Even the characters he didn't co-create, like Captain America

and the Silver Surfer

, he guided and shaped into the versions we know and love today.

And credit where credit is due...Lee couldn't have done it without Kirby, Steve Ditko

, Don Heck, Gene Colan, and the rest; while they, who had all done superb work without him, did their best work with him!
(C'mon, what post-Stan Lee Marvel characters have had any real success, outside of the 1975 revival of the X-Men

, itself based on core characters created by Lee and Kirby?)