Things to come...Icons of the Golden Age of Comics! 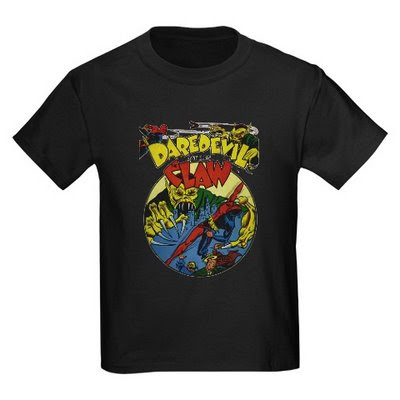 With the success of the Lost Heroes of the Golden Age of Comics™ line, we're expanding into a somewhat more "mass-market" approach with a new line of Golden-Age related items.
Titled Icons of the Golden Age of Comics™ line, the idea of this series is to take a single defining image for each character, silhouette it, and put it, sans lettering (except for story title lettering as seen in the DareDevil vs Claw shirt above) on collectibles.
Even if a potential customer doesn't know who the Golden Age character is, the exciting imagery (like those shown above and below) should be enough to sell it as a kool kollectible! 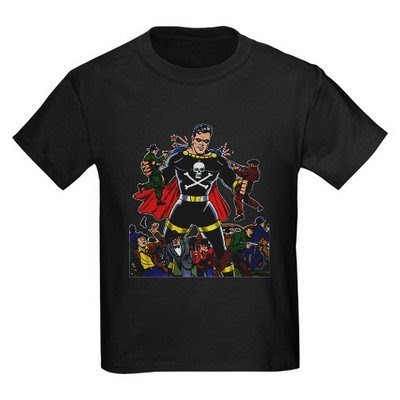 The line will debut on July 1st, but we're giving you, our loyal fans, a preview a couple of the designs now.
PLUS: on June 22nd, we'll post a link ONLY HERE on this blog to the new line's storefront to enable those who click on it to buy ANYTHING on the Icon line at discount until July 1st!
(The Storefront WON'T be accessible or searchable to the general public until July 1st!)
It's Atomic Kommie Comics™ way of saying "Thank you" to our loyal fans!
Posted by Britt Reid at 5/31/2009 06:34:00 PM