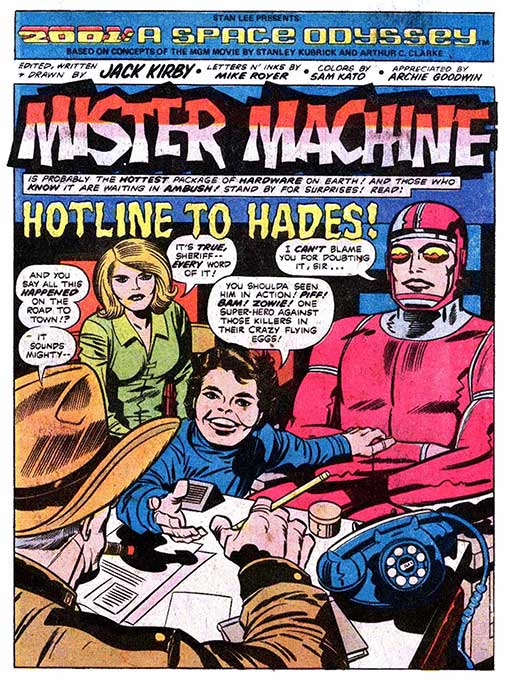 ...after being released by the US military (with a tracking device implanted in him), the newly-christened Mister Machine meets a stranded Olivia and her nephew Jerry.
While fixing their damaged car, the three are attacked by the minions of Mister Hotline, who recognizes the robot as an "X" prototype, and seeks to control it...err...him! 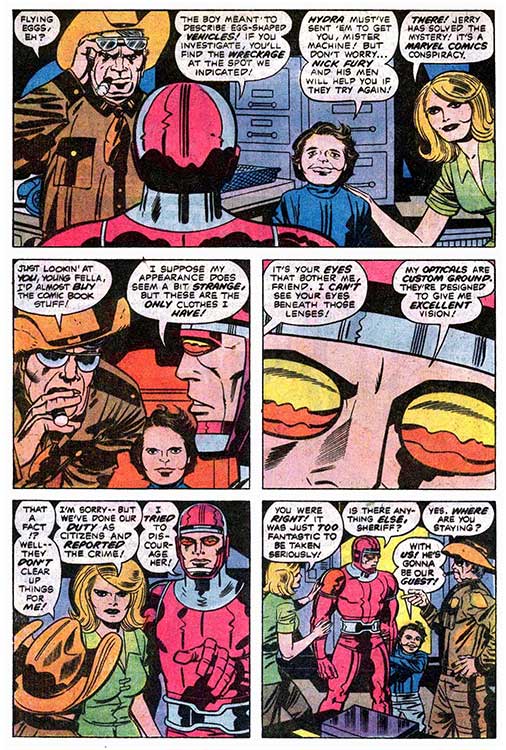 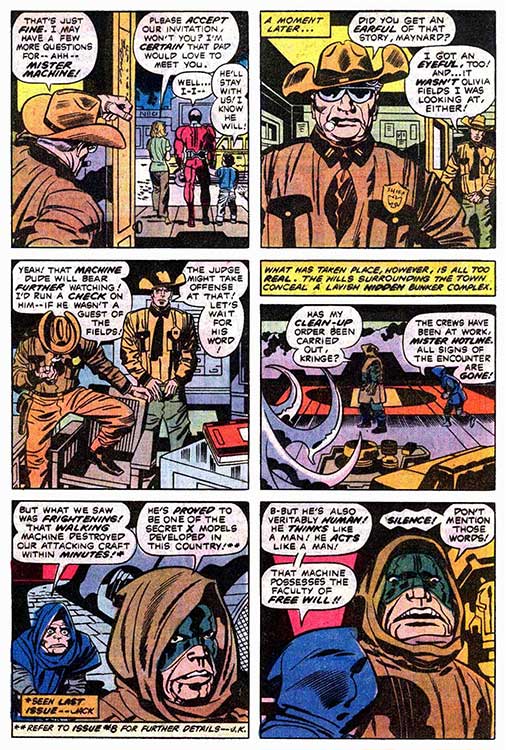 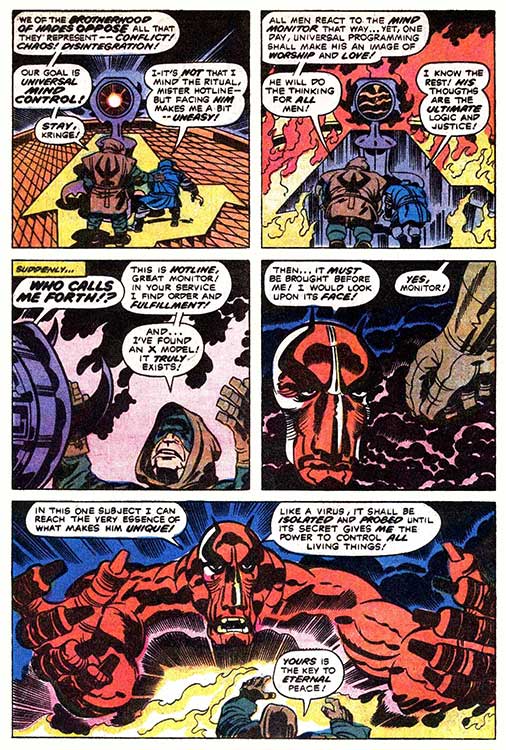 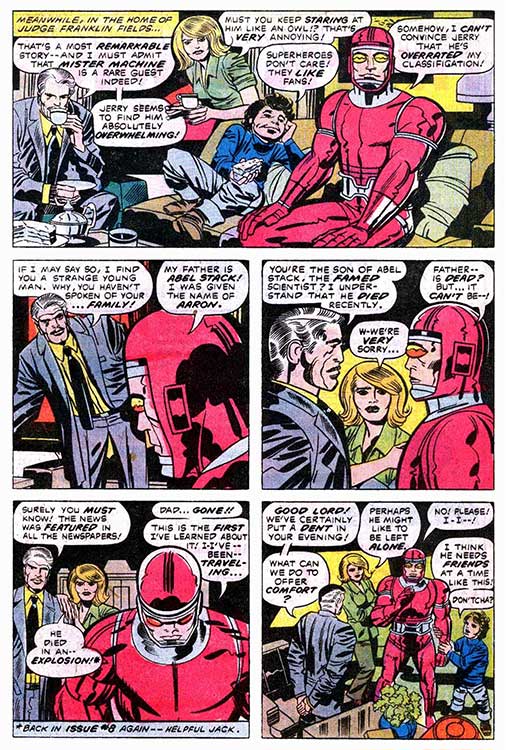 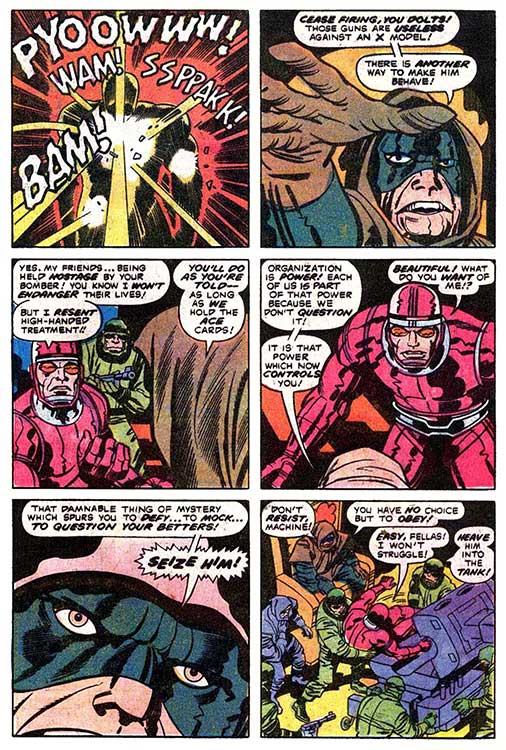 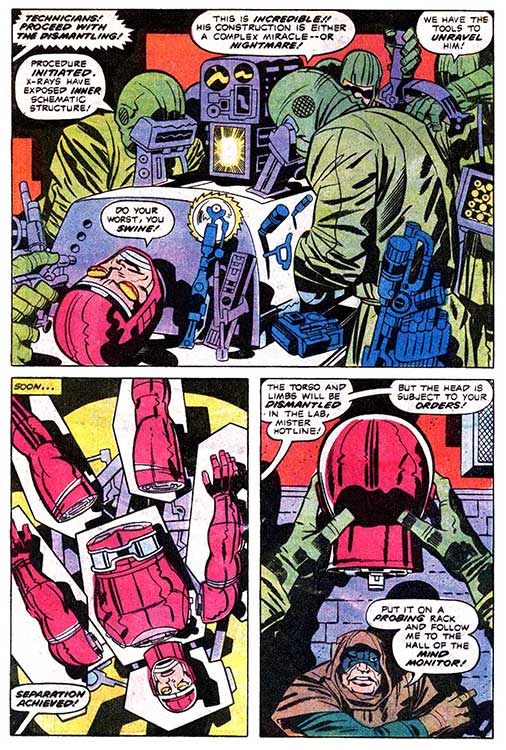 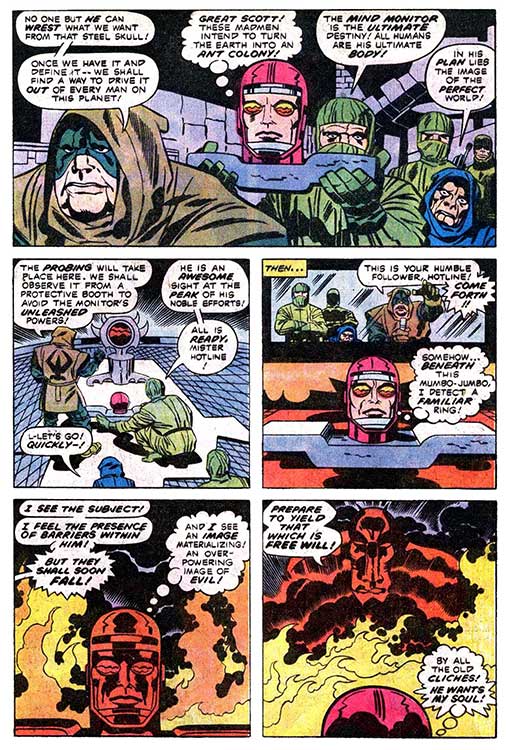 Does a machine, even one programmed with human emotions, have a soul?
Be here tomorrow to see!
Jack Kirby believed in free will and the concept that "evil" was the restraint or removal of it.
In the Fourth World series Kirby created at DC, Darkseid's ultimate goal was to find the "Anti-Life Equation" that would permanently remove free will from sentient beings and make them mindless automatons. Written and penciled by Jack Kirby, inked by Mike Royer, this final issue of Marvel's 2001: a Space Odyssey kicks-off the saga of Machine Man, but is not included in the current trade paperback compilation of his solo appearances due to licensing restrictions tied to the legendary MGM movie, which this series was a sequel to!
Support Atomic Kommie Comics!
Visit Amazon and order... 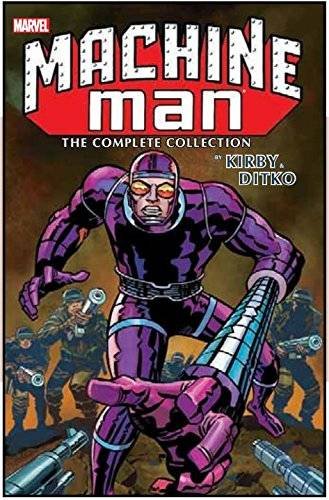