Design of the Week USA IS READY!

Each week, we post a limited-edition design, to be sold for exactly 7 days, then replaced with another!
This week: As hawks beat the drums of war against everyone from Iran to North Korea, we offer a kool cover from a one-shot comic produced just before we entered World War II...U.S.A. is Ready!
The book itself was re-presented on our "brother" RetroBlog War: Past, Present & Future several years ago.
You can read those posts HERE.
Besides being the basis of the perfect kitschy Memorial Day gift for the veteran in your life, it's a symbol of a time when we were ready to fight because we were the Good Guys and we had to oppose the Bad Guys simply because they were Bad and we were Good.
Unfortunately, since WWII, our military efforts have not always been for the right reasons.
And now, the same conservatives who created the current power vacuum in the Mid-East want us to go back and screw things up further.
But, let's look back on a simpler time when Good and Evil were clearly defined, and we knew that, eventually, we would have to enter a war we had no part in creating.
Posted by Britt Reid at 5/09/2015 01:01:00 AM No comments:

We wind up our week of "lost" stories with... 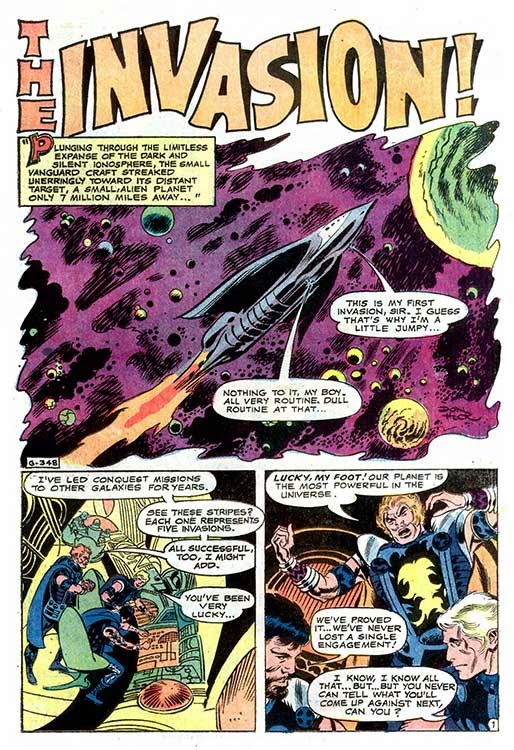 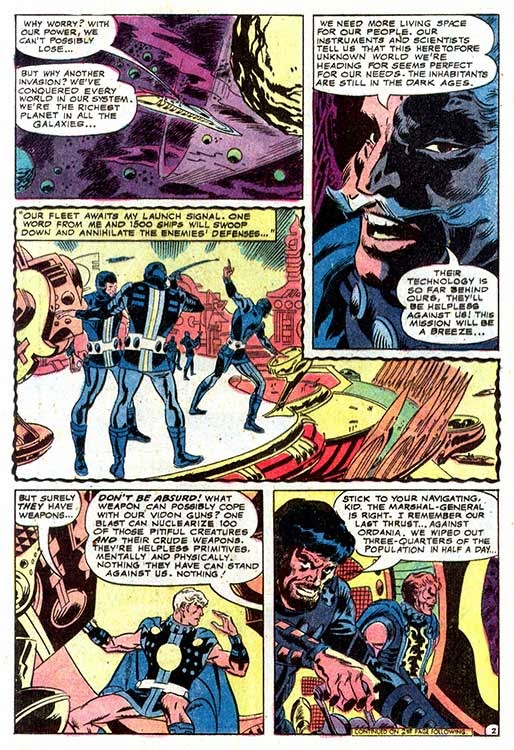 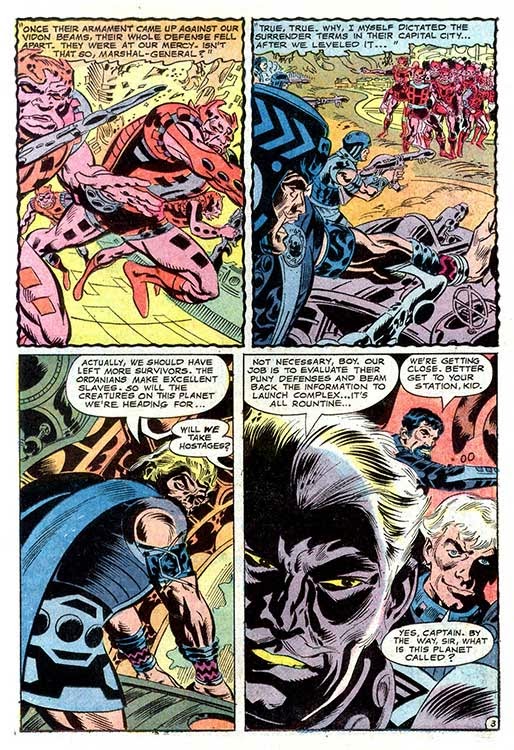 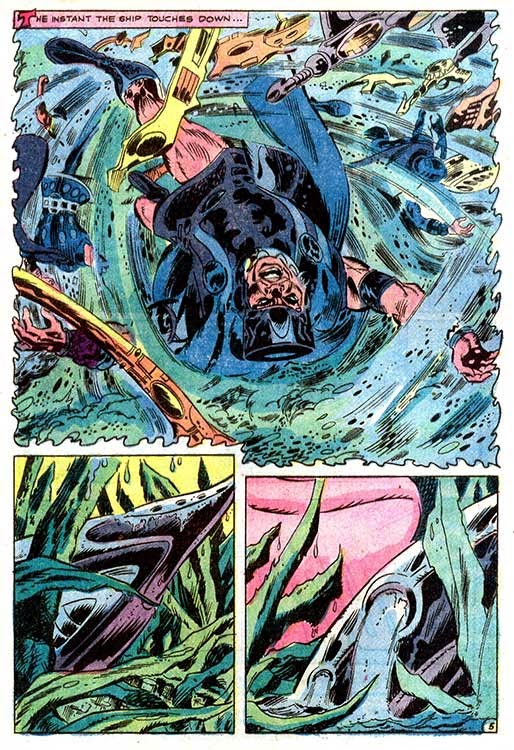 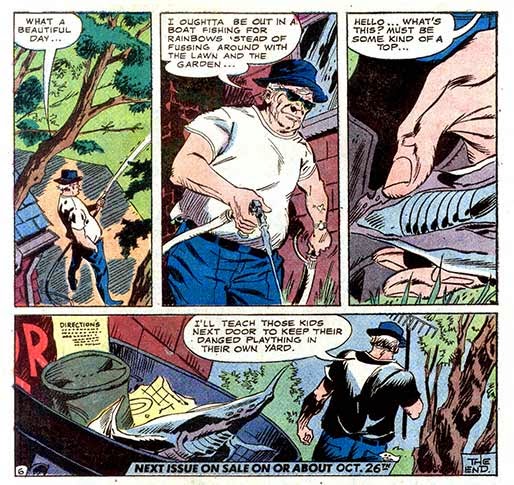 Heck had an undeserved reputation as a hack artist, mostly due to poor inking by actual hacks like Vince Colletta, who was notorious for leaving out pencilers' linework.
When he had a good inker or inked himself, his work was on a par with any of the other acknowledged greats of the field.
But since he was almost as fast a penciler as Jack Kirby, publishers didn't utilize his inking talents as often as they could've.
This tale hasn't been seen since it appeared in the back of DC's Adventure Comics #424 (1972).
We're pleased to present it (and the other stories we've featured this week) to an audience that was probably unaware of their existence.
Posted by Britt Reid at 5/08/2015 01:00:00 PM No comments: 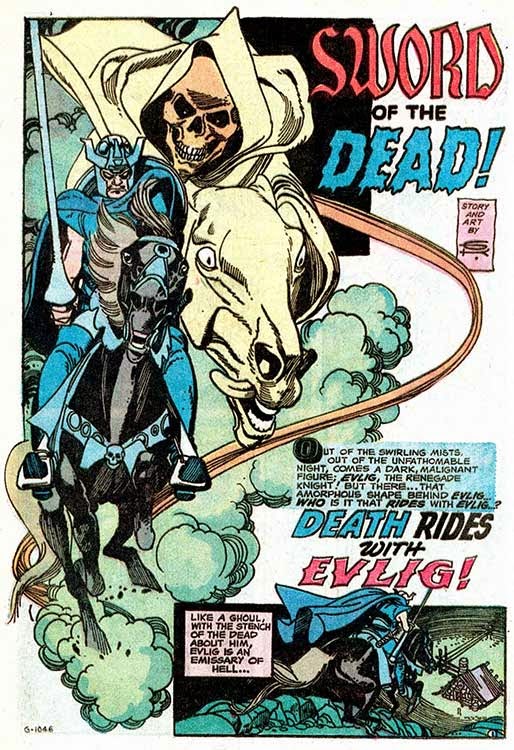 ...written and illustrated by Gil Kane during the same period he was producing his landmark graphic novel BlackMark! 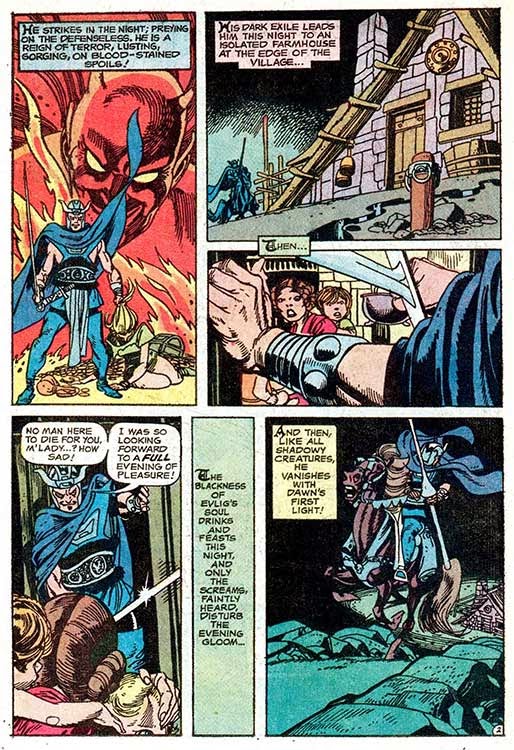 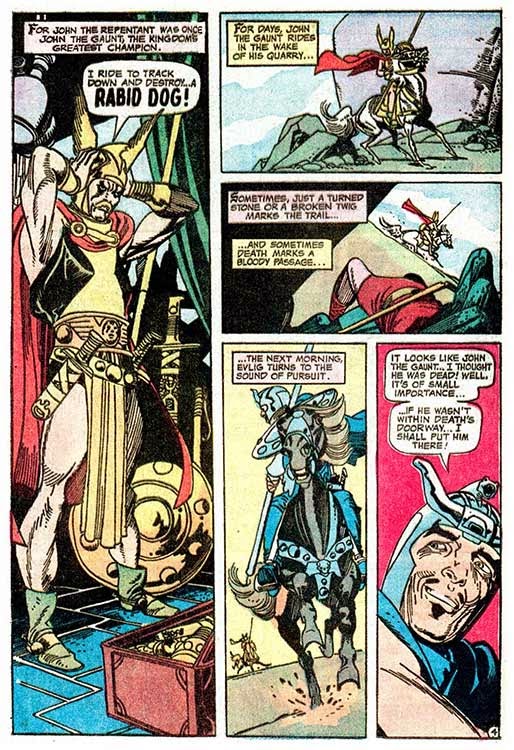 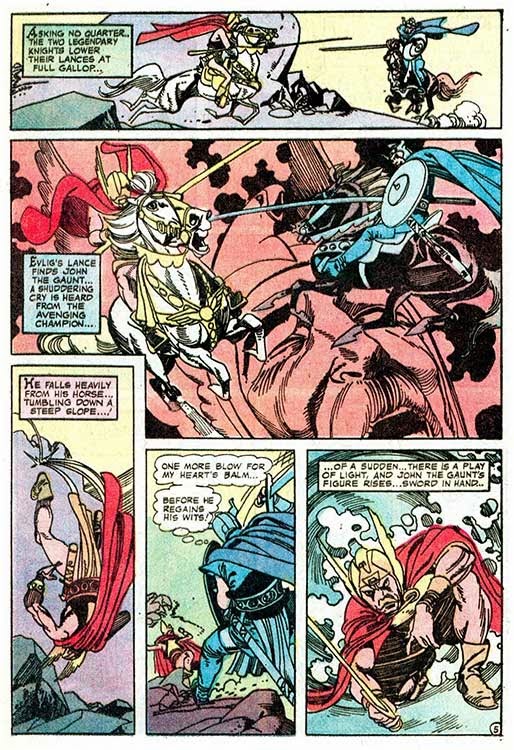 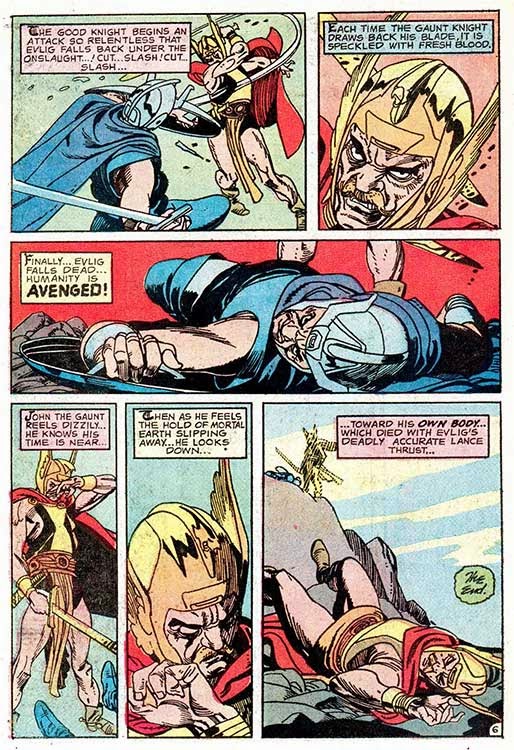 Simple.
Visceral.
Effective.
Now, THAT'S the way to tell a story!
This tale appeared in DC's Adventure Comics #425 (1972-73) along with our earlier never-reprinted story "Prior Warning".
BTW, like "Prior Warning", Friday's "lost" Adventure Comics tale also concerns an alien invasion!
Posted by Britt Reid at 5/07/2015 09:01:00 AM No comments:

A parable is defined as "a simple story used to illustrate a moral or spiritual lesson". 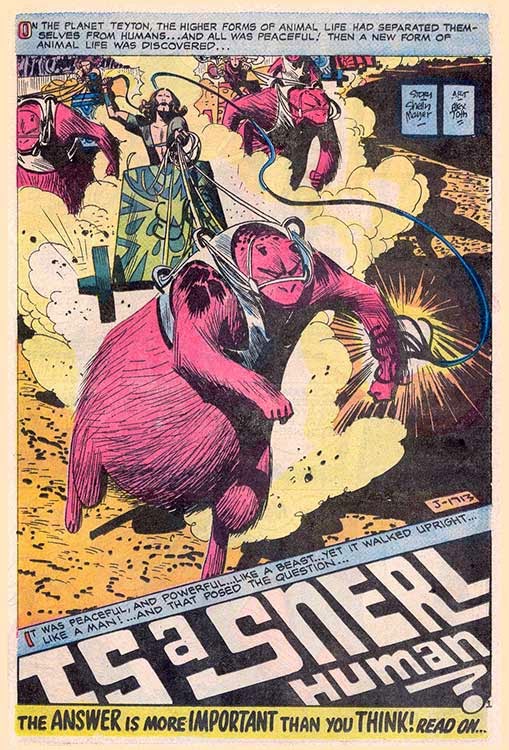 Writers love to tell them, and we love to read them (especially ones with sci-fi elements). 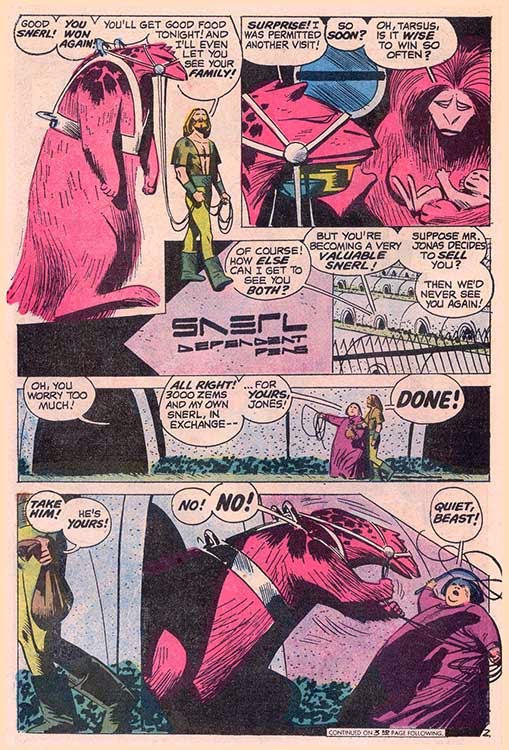 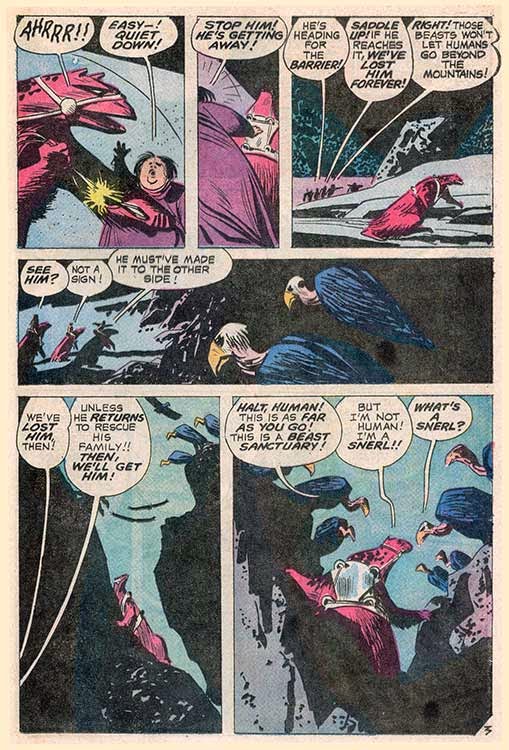 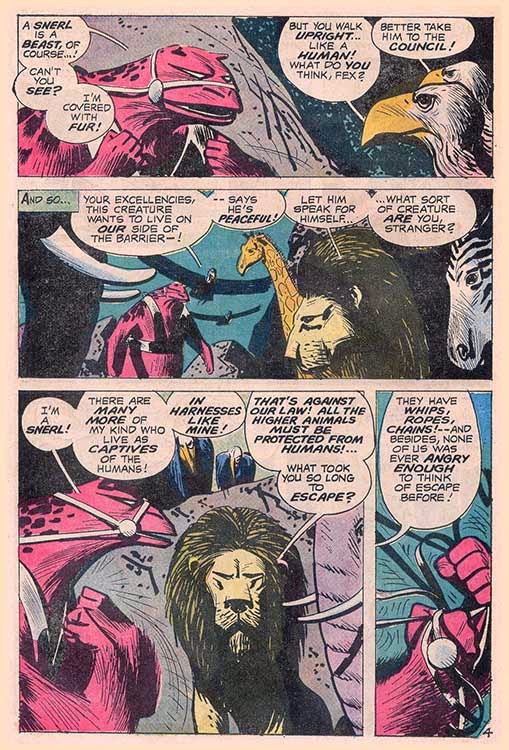 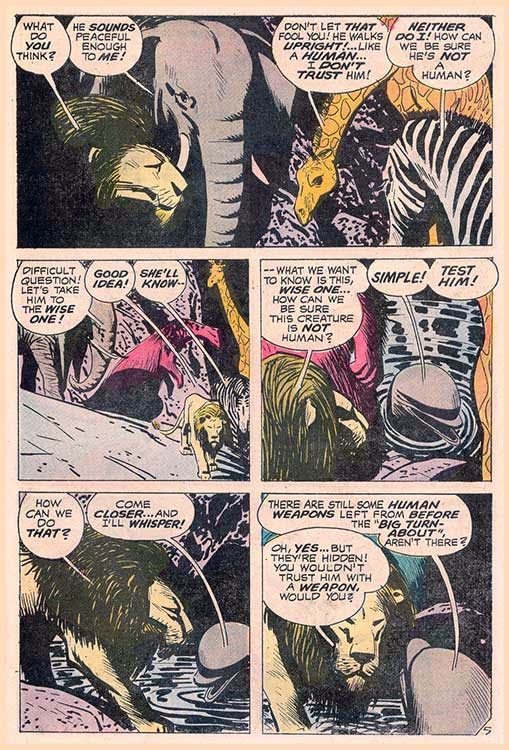 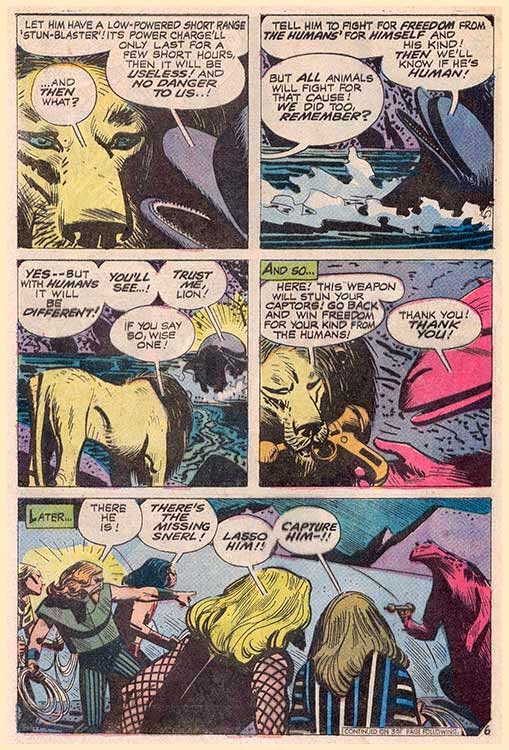 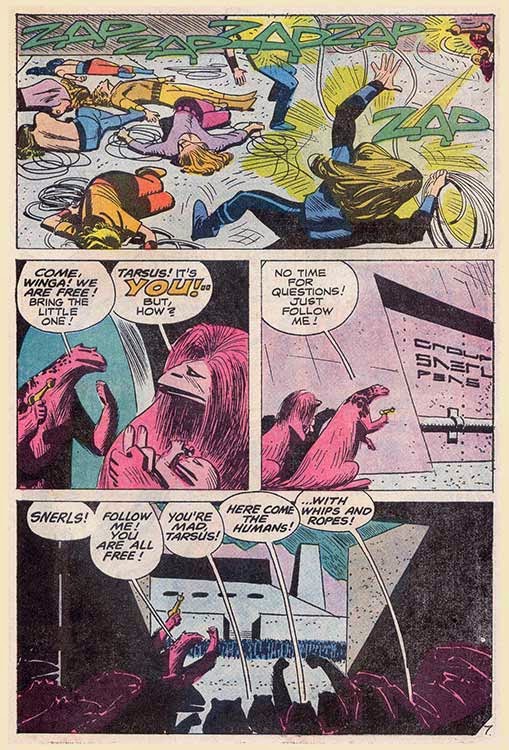 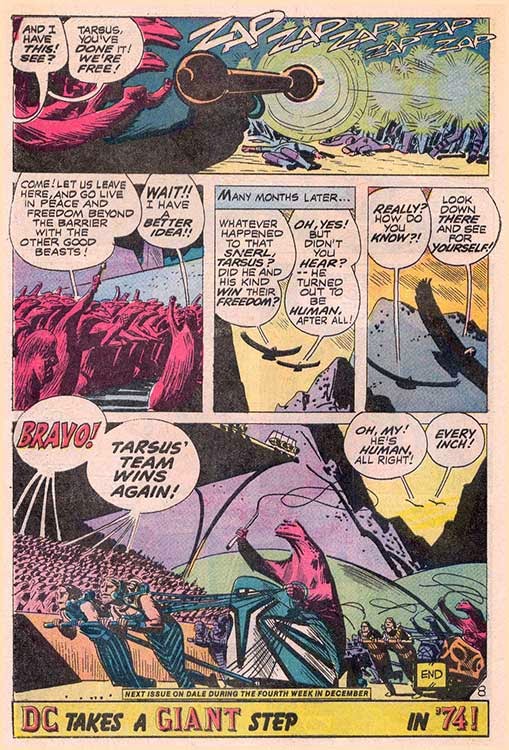 Written by Shelly Mayer and beautifully-illustrated by Alex Toth, this never-reprinted story from DC's Adventure Comics #431 (1974) came out during the era when Jack Kirby's Kamandi was being published, which might explain why it's set on the planet "Teyton" rather than a future Earth, despite the fact all the animals, except the Snerls, are obviously Earth creatures!
(Kamandi was set on a near-future Earth where intelligent animals [most in humanoid form] rule the planet.)
Tomorrow...another "lost" story!
Posted by Britt Reid at 5/06/2015 01:01:00 PM No comments:

Some "people" are just too smart for their own good... 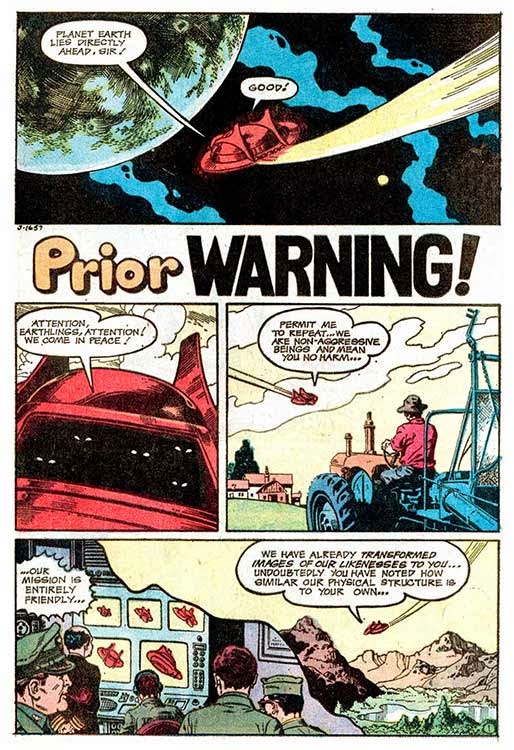 ...as this never-reprinted short story proves! 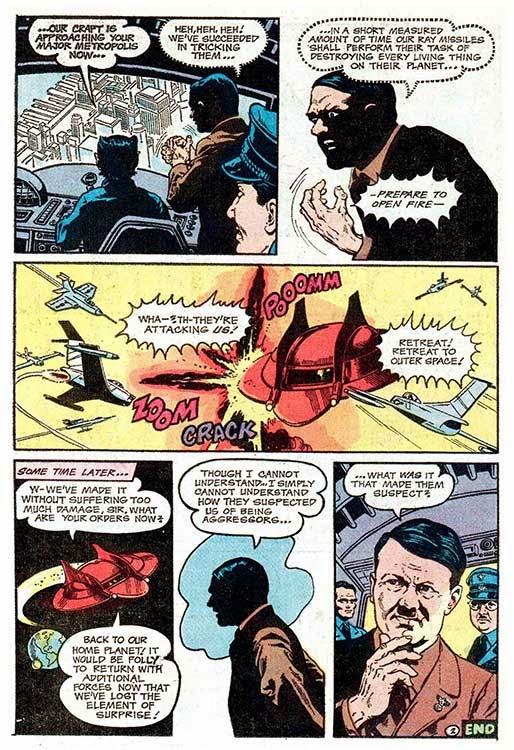 Carl Sagan postulated in his novel, Contact, that aliens could receive our radio and tv broadcasts which were travelling at light-speed from Earth since the 1920s, literally broadcasting our presence to the rest of the universe.
Without context, what would they make of those images...and how might they make use of them?
This story from DC's Adventure Comics #425 (1972-73), illustrated by Frank Redondo, offers one outcome.
BTW, the writer is unknown.
Another "lost" tale tomorrow...
Posted by Britt Reid at 5/05/2015 01:01:00 AM No comments:

Reading Room ADVENTURE COMICS "These are the Star Men"

This week, a look at some never-reprinted stories from a surprising source... 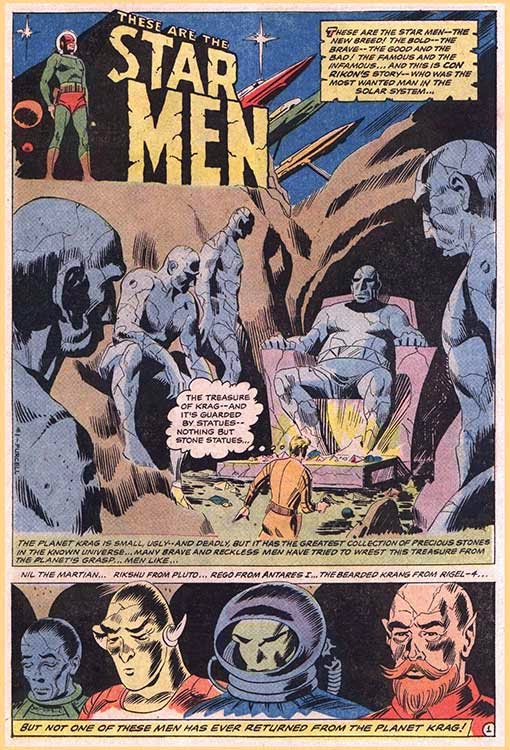 ...beginning with a cautionary tale about taking what's not yours! 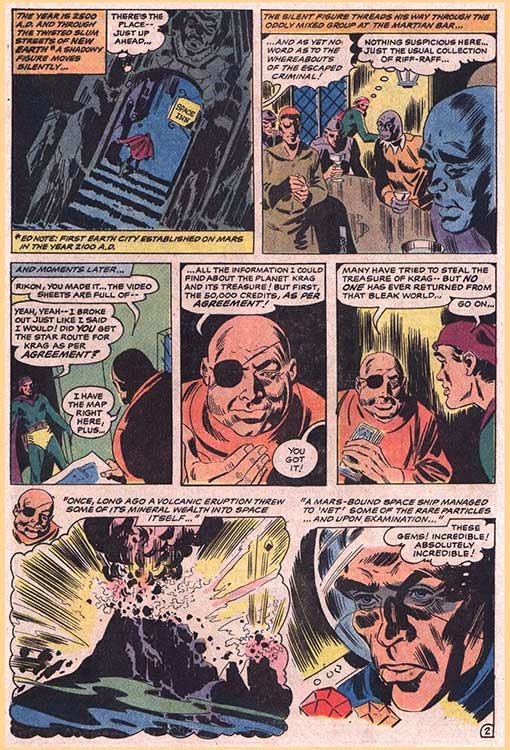 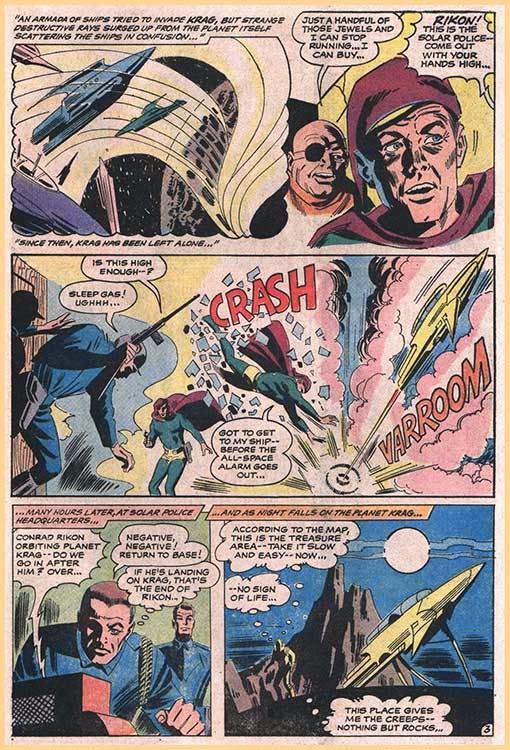 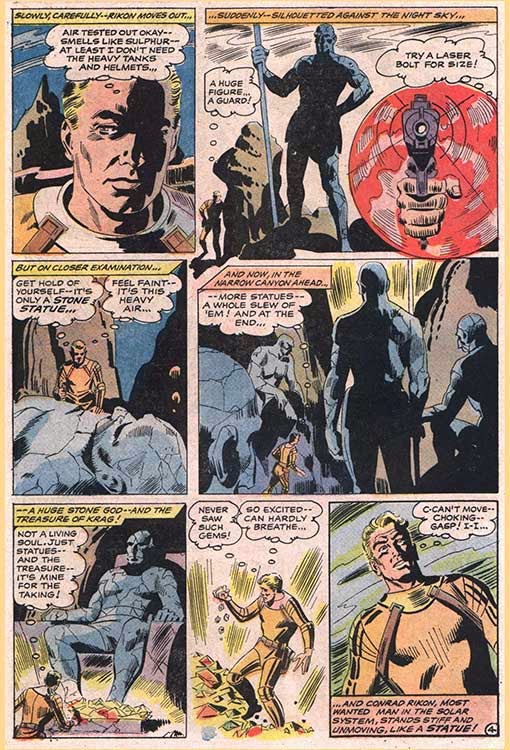 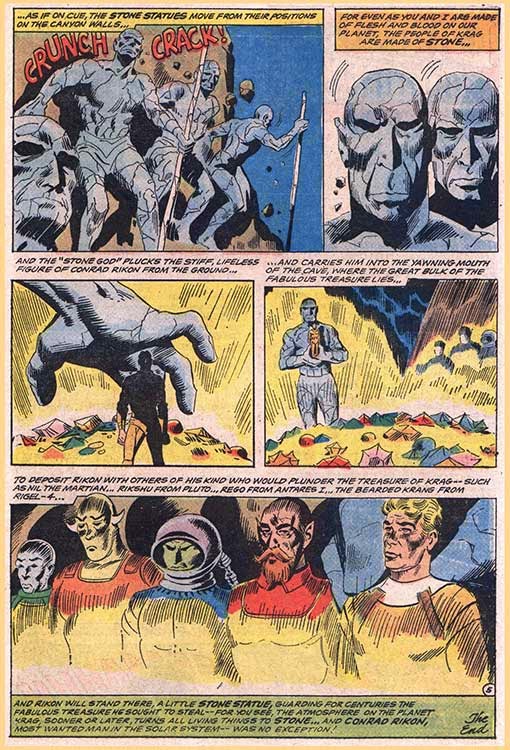 The Bronze Age run of DC's Adventure Comics began by moving the long-running Legion of Super-Heroes feature to back-up Action Comics, while Action's back-up Supergirl, was moved to take over Adventure.
When Adventure's page count (along with all DC titles) went up as the line's price increased from 15 to 25 cents in 1971, the book featured a variety of back-ups including Zatanna, classic Supergirl reprints, and inventory sci-fi tales by noted artists.
Here's the first of those never-reprinted tales, from Adventure Comics #420 (1972), written and pencilled by Howard Purcell, an artist/writer whose work on over 600 stories and covers spanned the Golden and Silver Ages, and inked by George Roussos.
Be here tomorrow for another "lost" tale!
Posted by Britt Reid at 5/04/2015 11:58:00 AM No comments:

Design of the Week: The REAL Wonder Women of World War II! 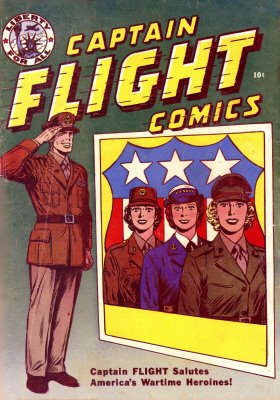 Each week, we post a limited-edition design, to be sold for exactly 7 days, then replaced with another!
This week: May is chock-full of holidays.Among them: Mother's Day, Armed Forces Day, and Memorial Day.
How about a gift that would cover ALL three of them at one shot?
Design of the Week offers a unique idea for the female World War II veteran in your life.
Whether she's your mother or grandmother, sister or aunt, wife or ex-wife, we've got a bunch of items that show your respect and love in a kitchy kind of way.
Long and short-sleeve T-shirts, mugs, blank journals, even kitchen magnets, all adorned with a classic 1940s comic cover paying tribute to WWII-era WACs, WAVEs, and MCWRs!
Available on a variety of kollectibles, but only for this week!
Posted by Britt Reid at 5/03/2015 12:33:00 PM No comments: