Yesterday, we showed you the first of three variations of a theme... 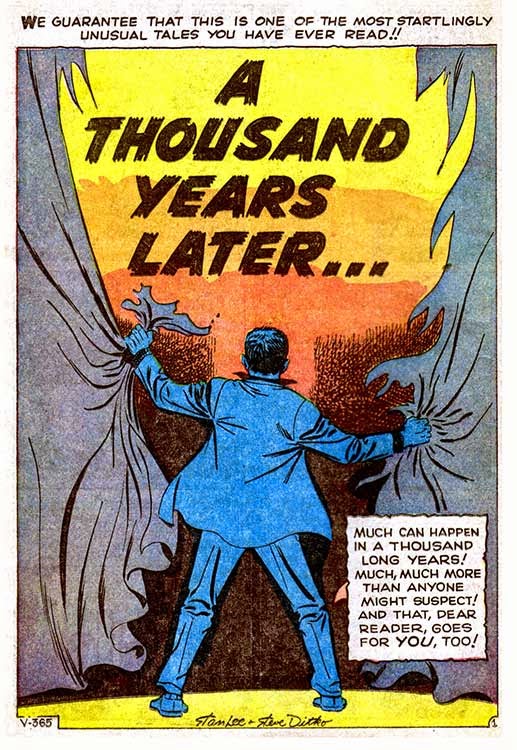 ...today we give you the second version, by the legendary team of Stan Lee and Steve Ditko! 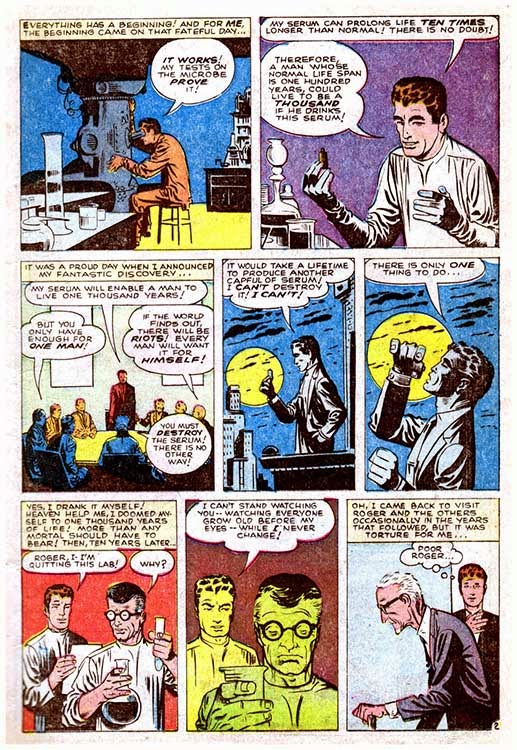 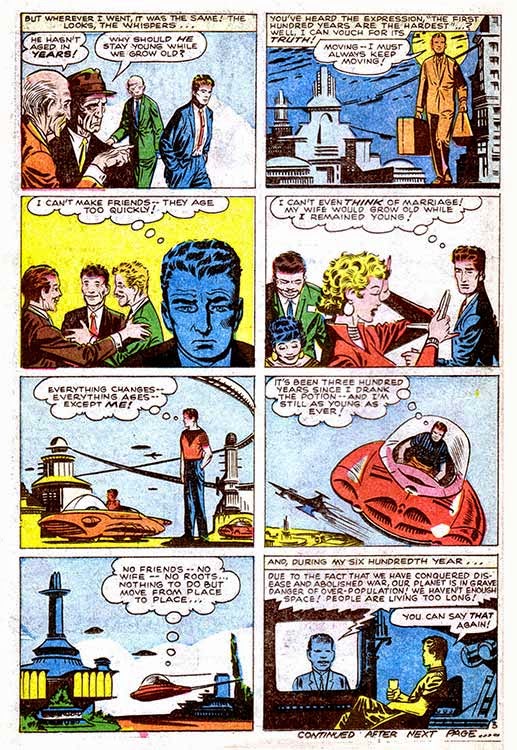 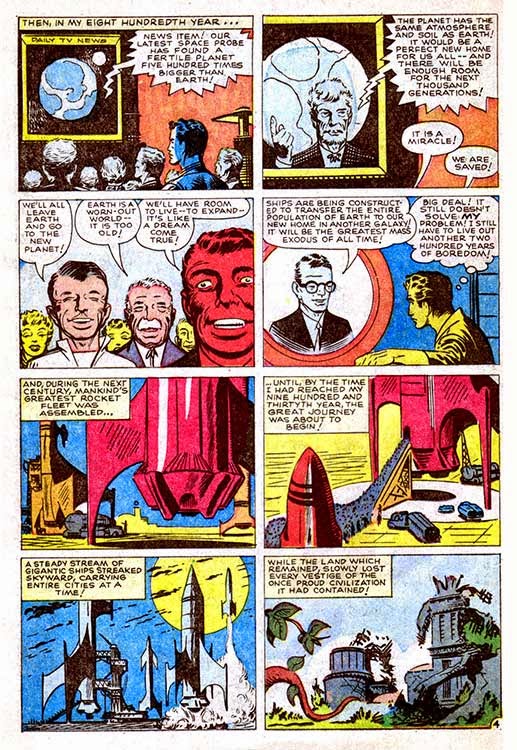 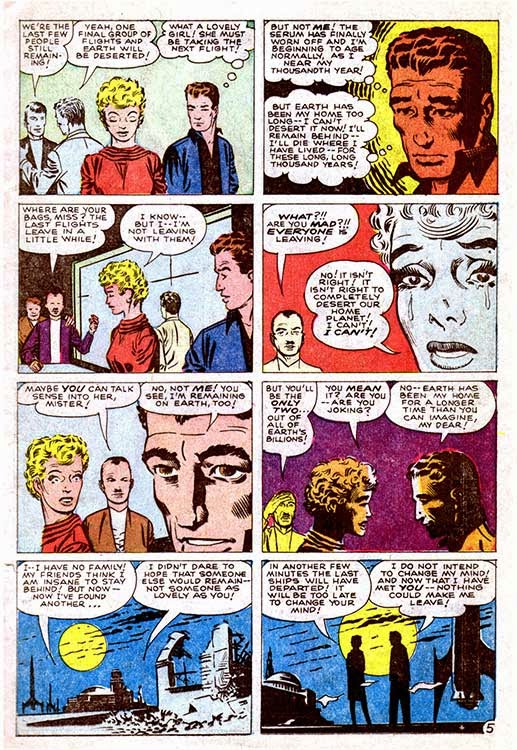 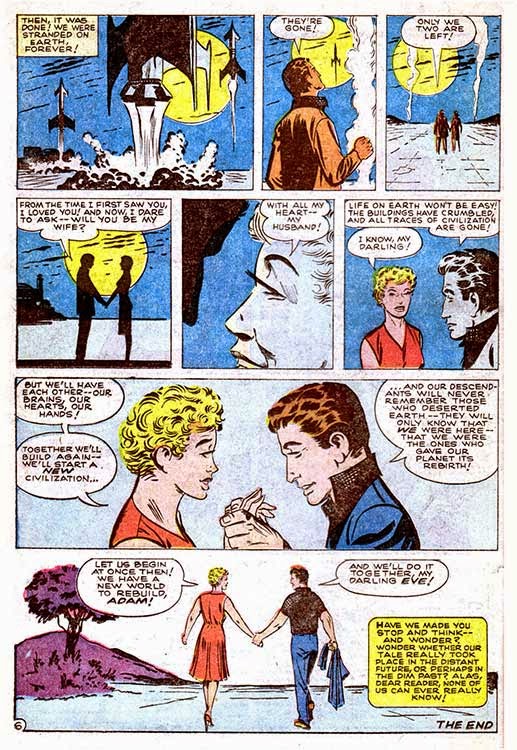 Written by Stan Lee and illistrated by Steve Ditko, this story from Marvel's Strange Tales #90 (1961) is the second time in two years that Lee produced a story based on the "Adam and Eve on past/future Earth" cliche, this time adding the plot element of an immortal man who didn't fit in with society.
He would reuse the concept one more time two years later...as we shall see tomorrow!
Posted by Britt Reid at 3/17/2015 07:43:00 PM