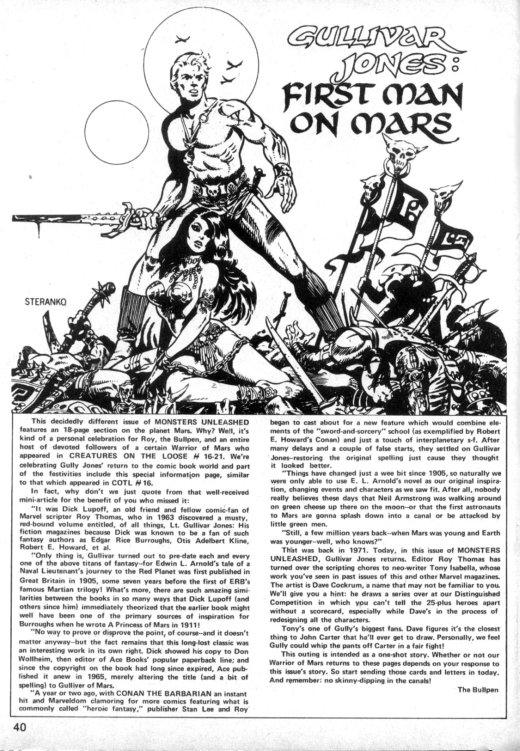 Meanwhile, we're continuing the adventures of his swashbuckling predecessor on Mars, Gullivar Jones, as we present, from the b/w magazine Monsters Unleashed #4 (1974), the first all-new, never-reprinted, sequel strip, produced by two newcomers to Marvel... 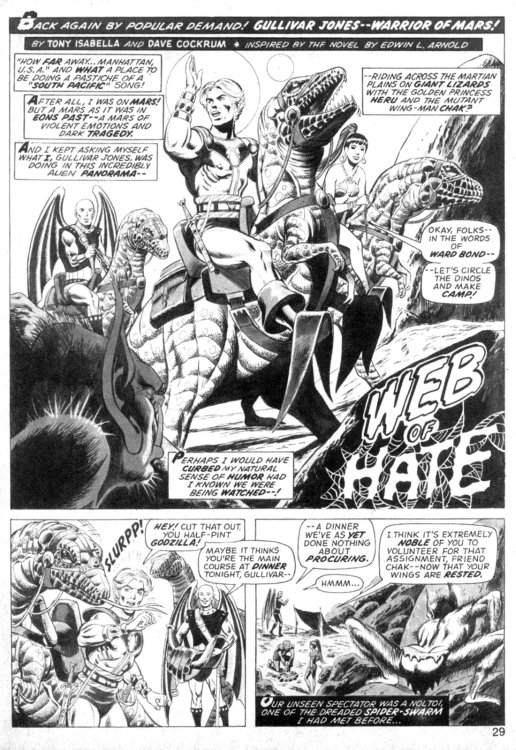 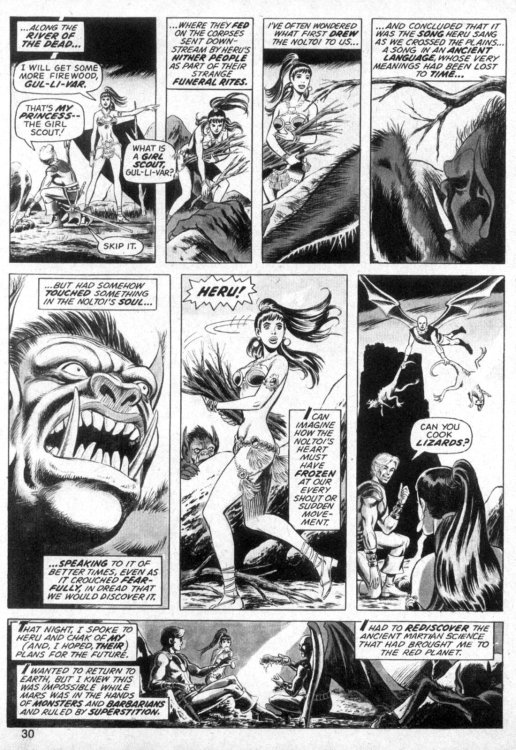 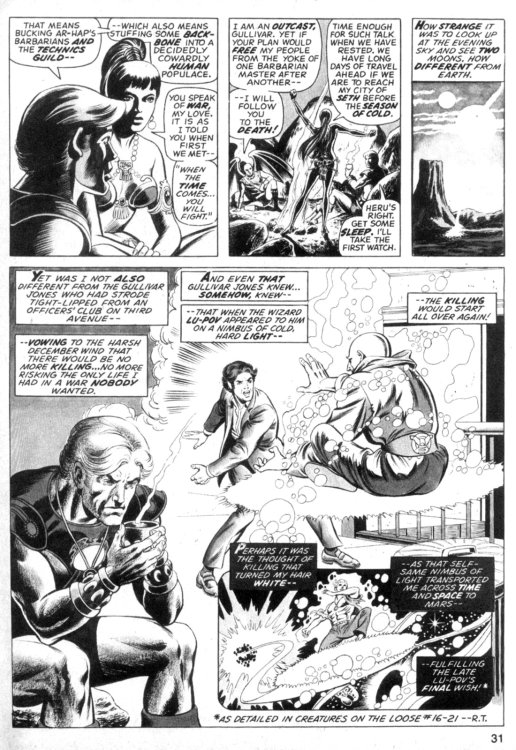 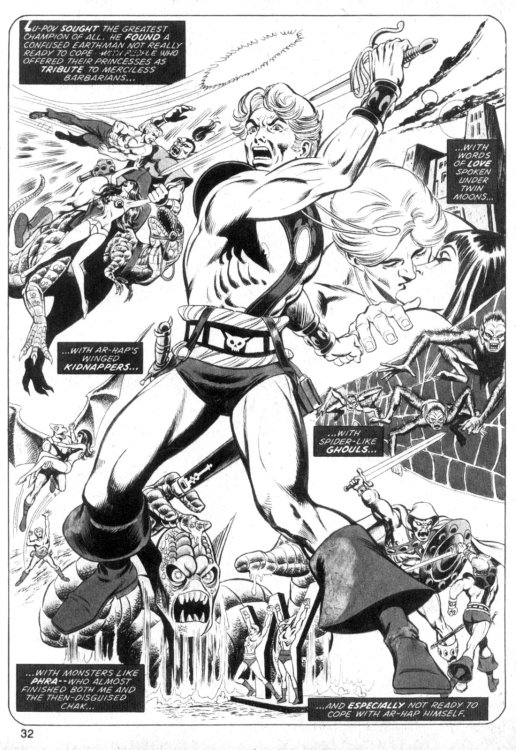 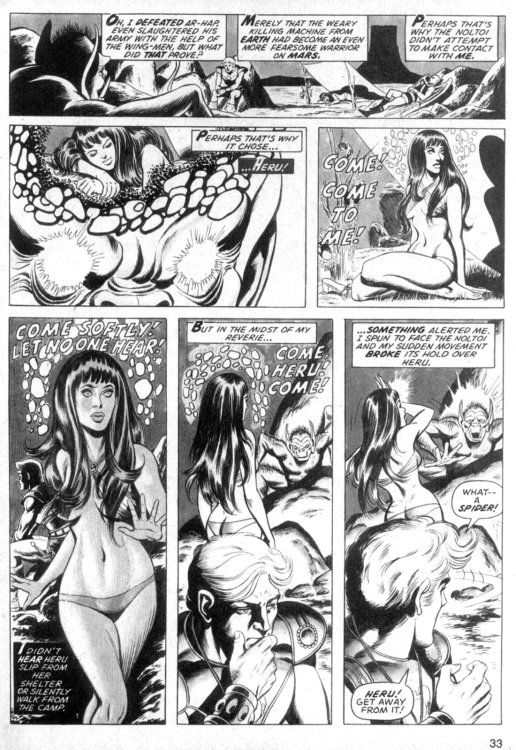 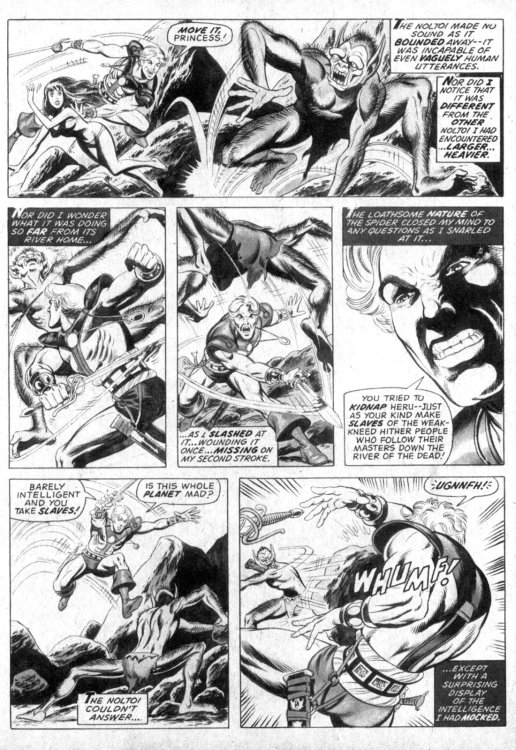 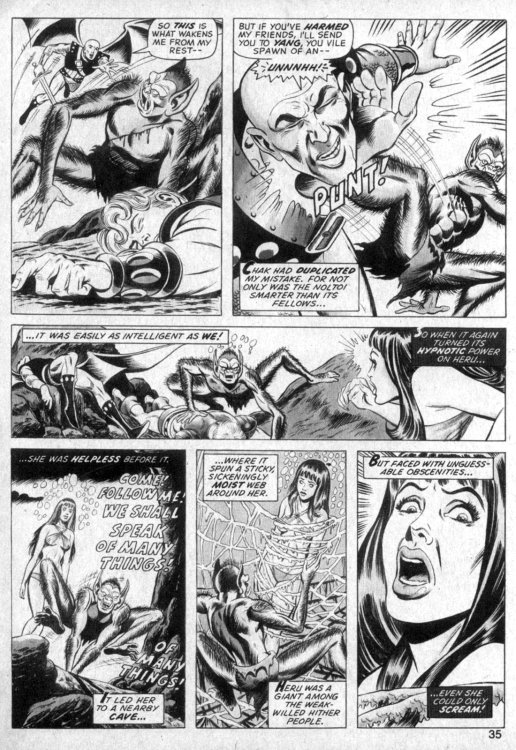 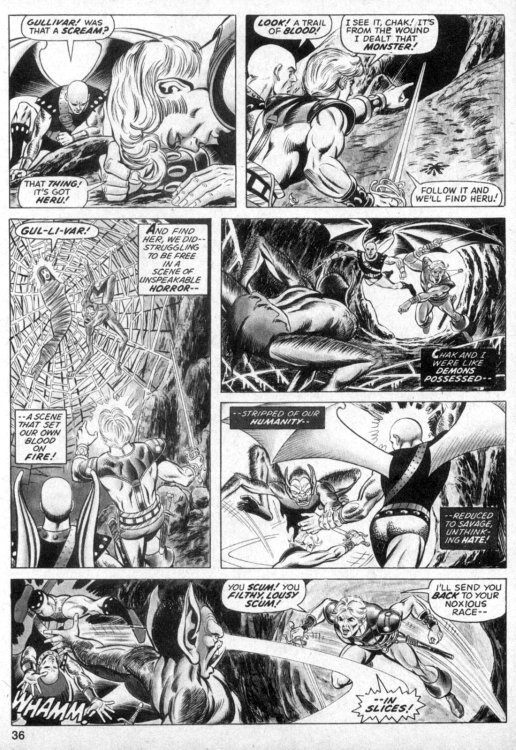 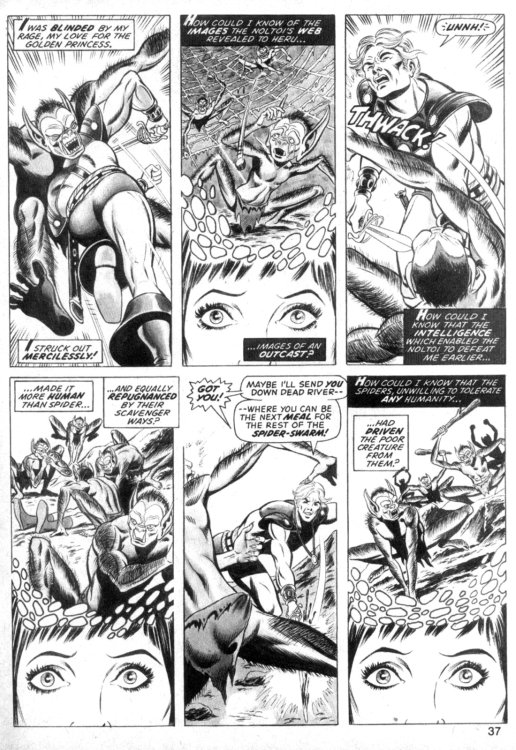 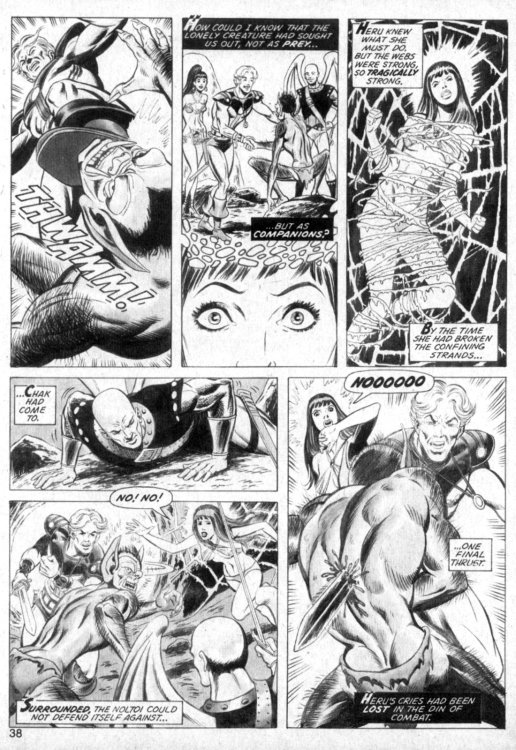 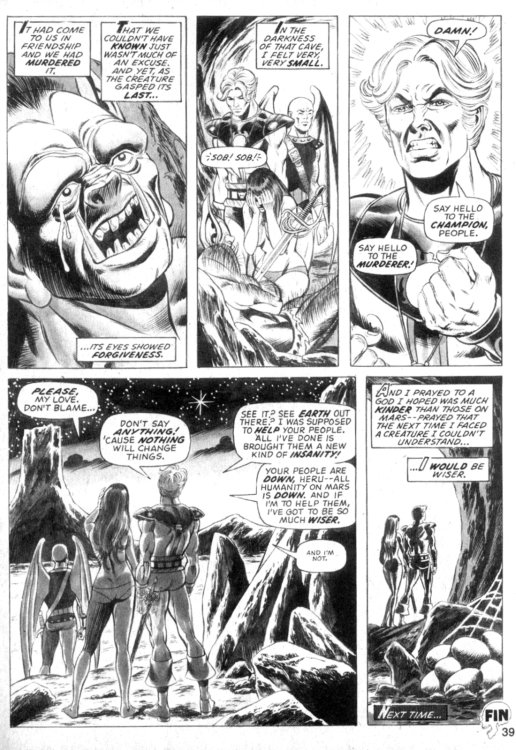 Dave Cockrum had been doing some inking over various pencilers including Rich Buckler, Don Heck, and George Tuska on The Avengers, but this was his first full art (Pencils and inks) assignment at Marvel.
Tony Isabella had co-plotted/scripted a number of other stories including the last Doc Savage two-parter with Gardner Fox, but this appears to be his first solo effort as a writer.
It's a fine job by both of them.

There's one more Gullivar Jones tale to be told.
And, like this one, it featured the Marvel debut of another soon-to-be superstar!
Who?
You're going to have to come back on Thursday to find out!


Support Small Business!
Check out our artifacts at the 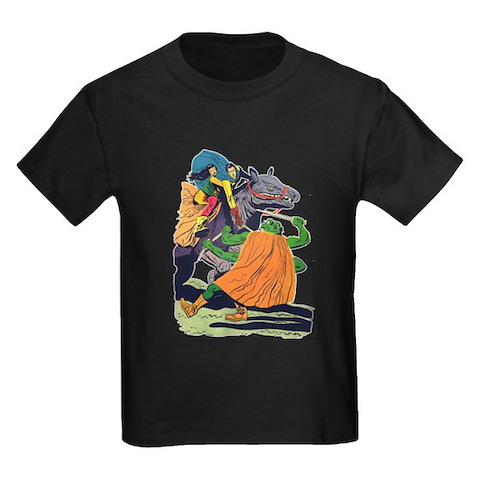