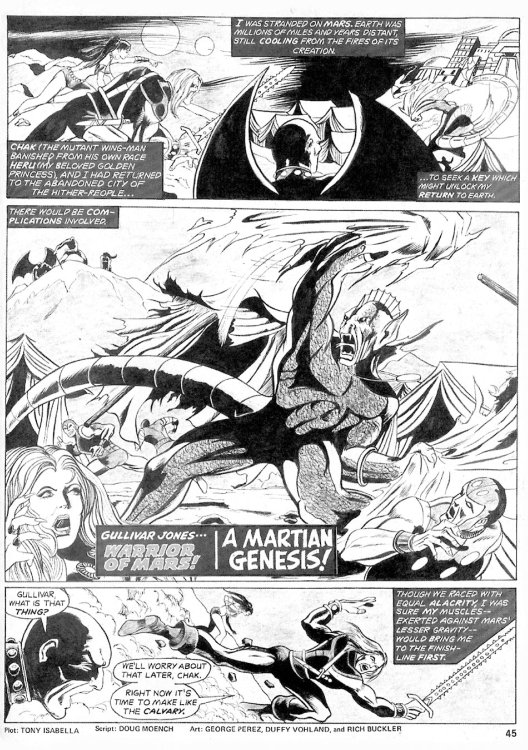 Meanwhile, we're concluding the adventures of his swashbuckling predecessor on Mars, Gullivar Jones, as we present, from the b/w magazine Monsters Unleashed #8 (1974), the final all-new, never-reprinted, sequel strip, produced by a team which included a newcomer to Marvel who would become one of the biggest names in the field (read the name in the credits below)... 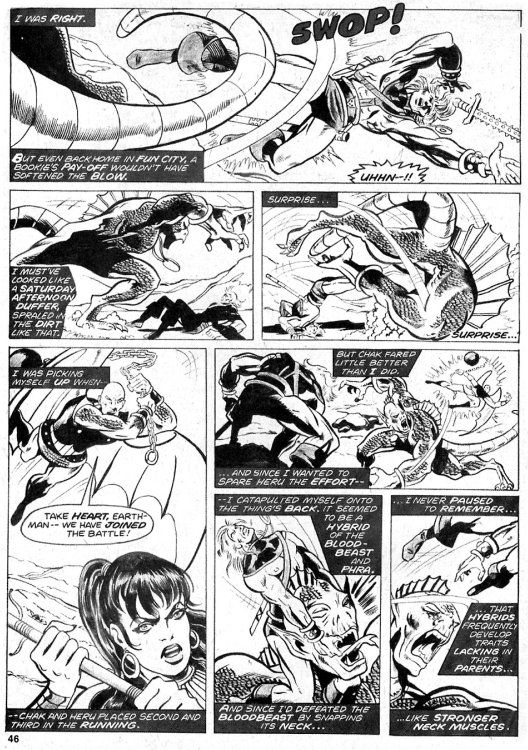 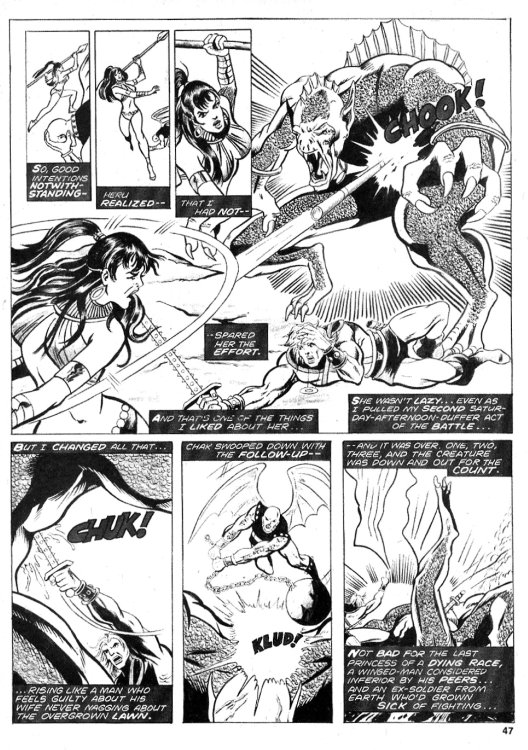 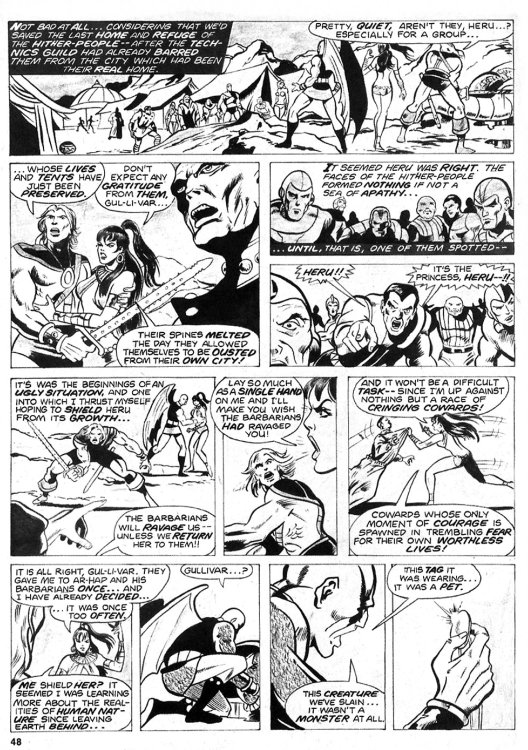 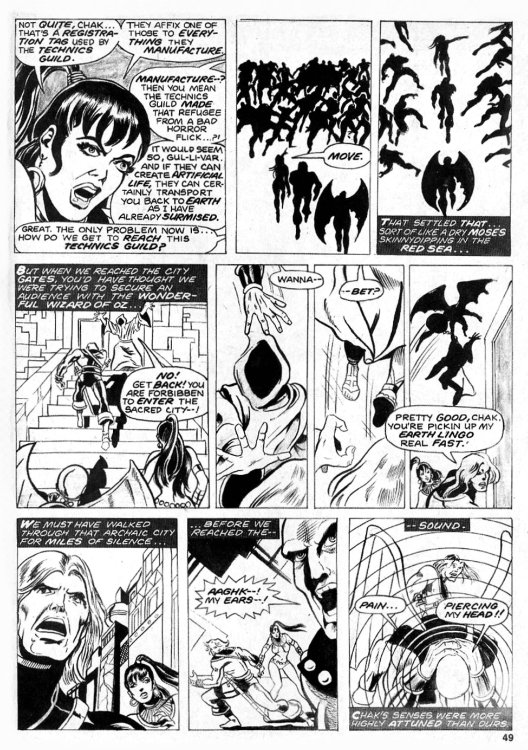 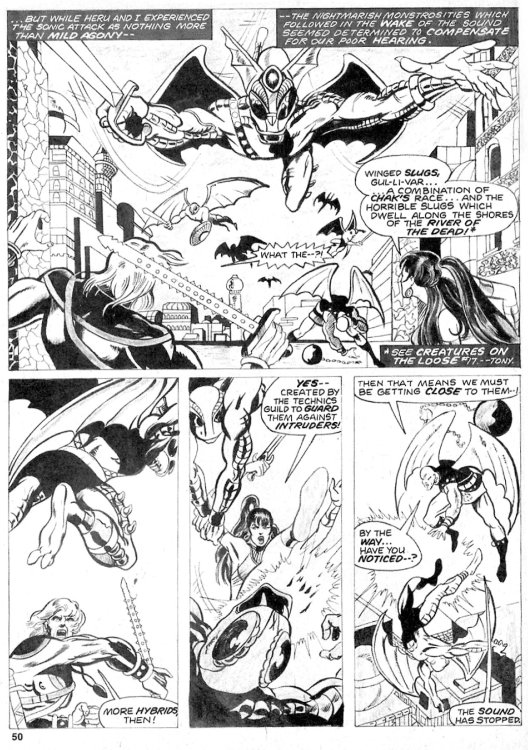 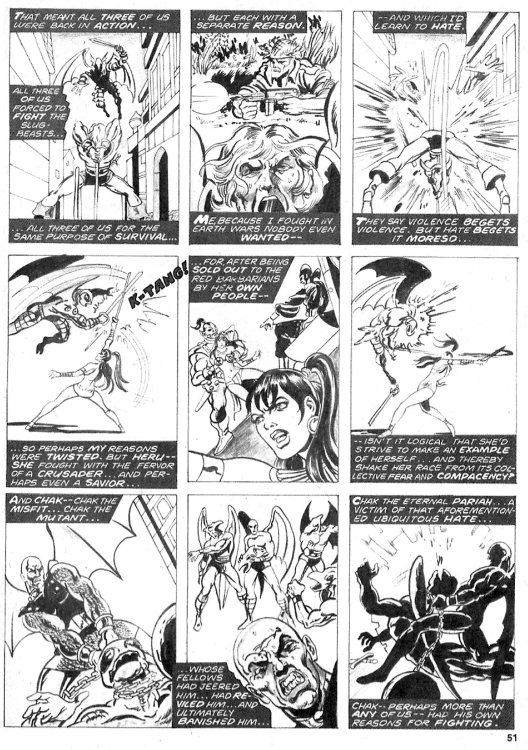 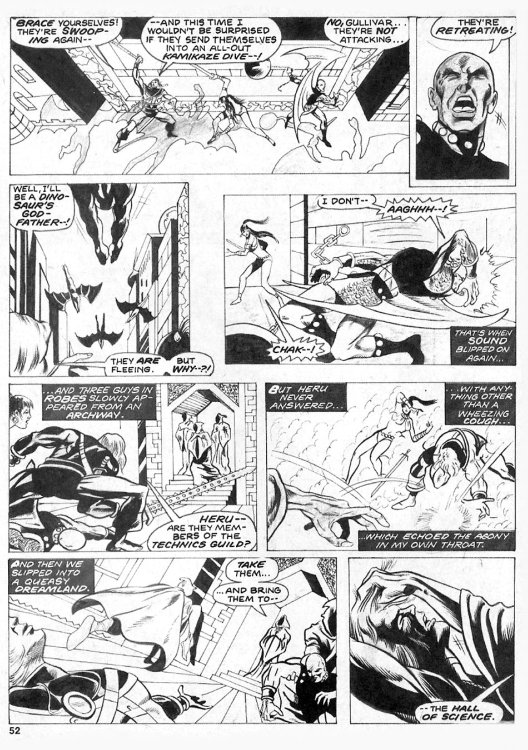 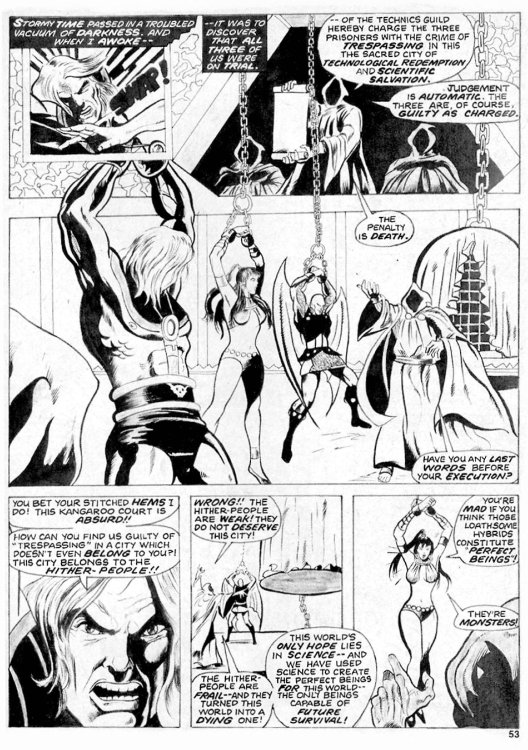 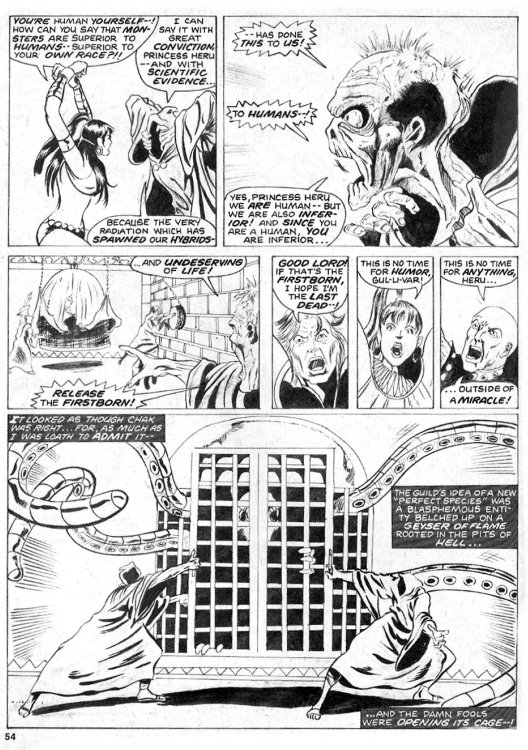 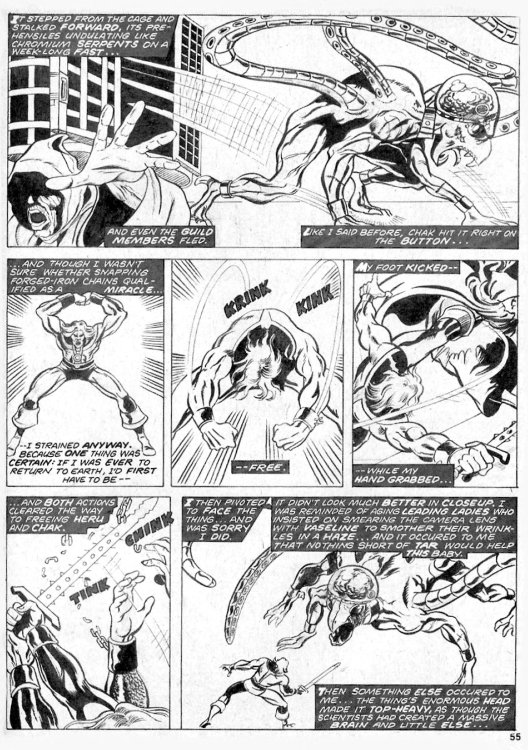 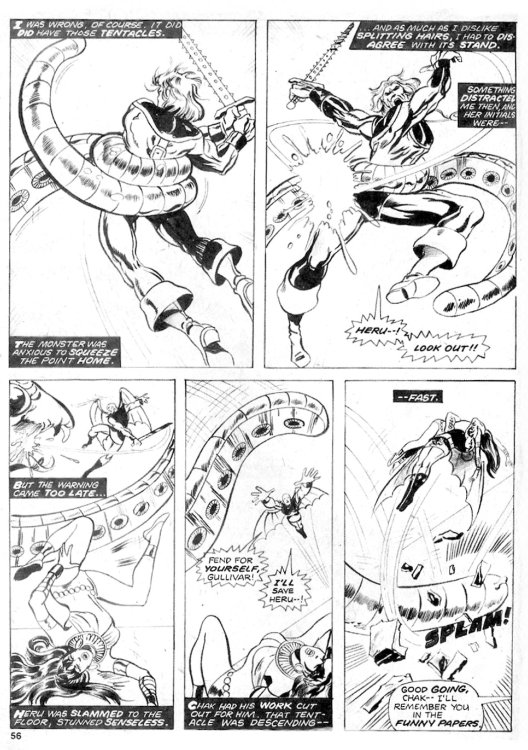 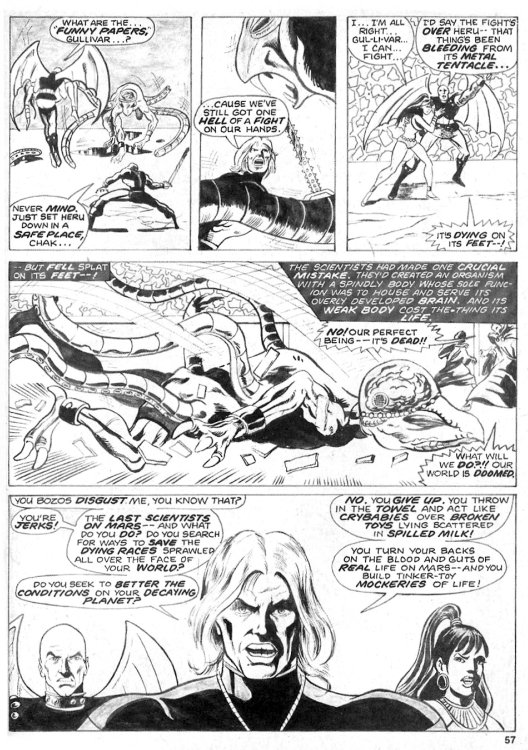 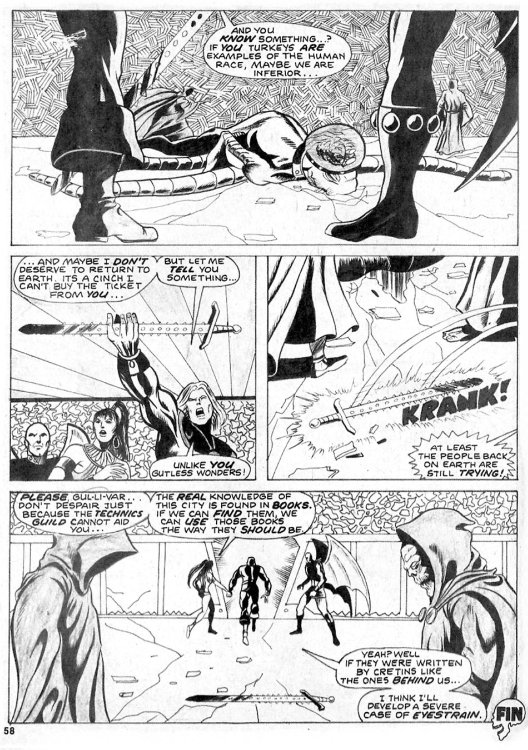 Yes, this was George Perez's first assignment after breaking into the business as Rich Buckler's art assistant!
Oddly enough, this story isn't listed on George's own website!
And, there's uncredited inking by neophites Bob Layton and John Byrne, who helped inker Duffy Vohland meet the deadline!
Wonder whatever happened to Byrne and Layton?  ;-) 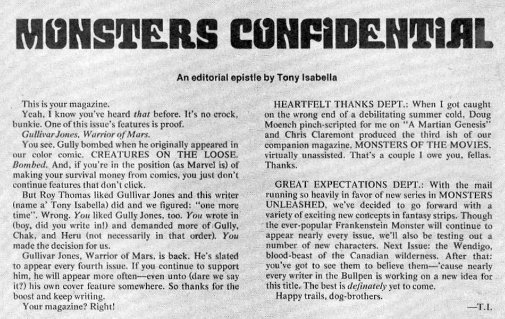 Despite the promise printed above, Gullivar Jones and company never graced another Marvel comic or magazine.
(Monsters Unleashed was cancelled with #10, two issues before Gullivar would have reappeared.


Beginning tomorrow:
The Secret Diaries of John Carter!
Support Small Business!
Check out our artifacts at the