What if a science fiction writer was the hero of a sci-fi tale? 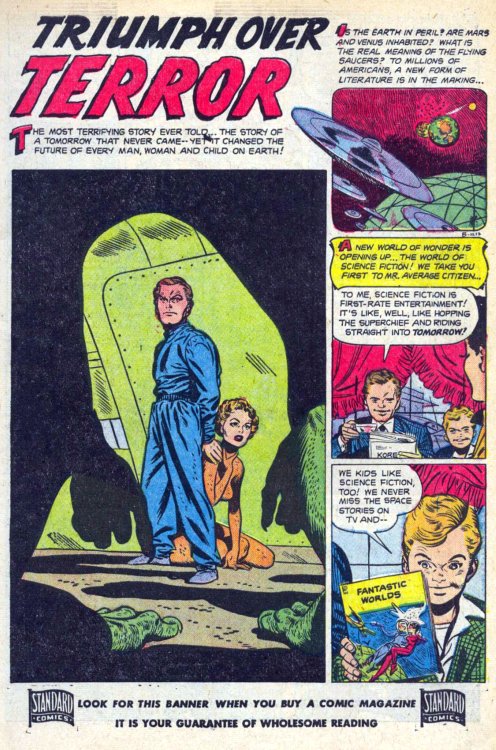 And, what if the scribe was, initially, just as ignorant of the situation as any other protagonist in such a tale? 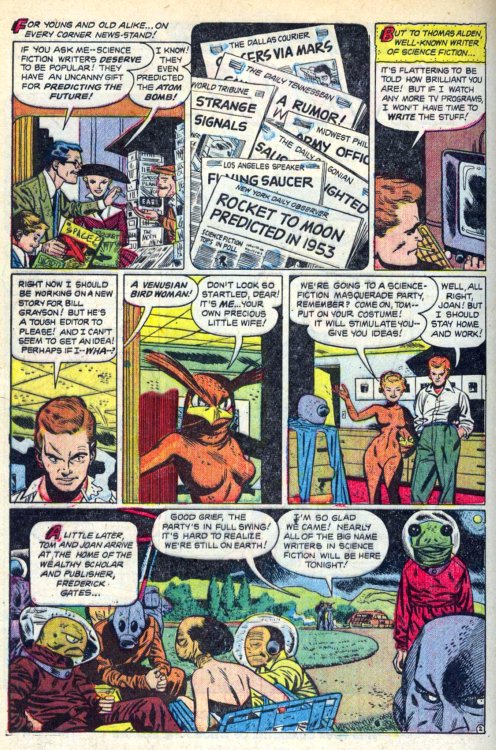 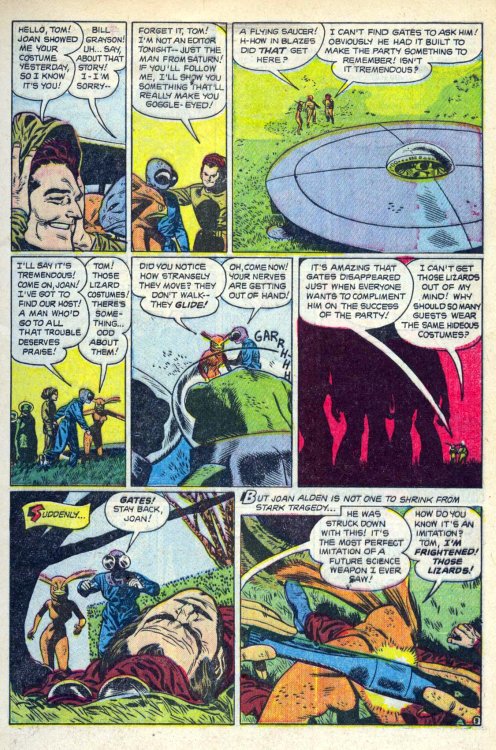 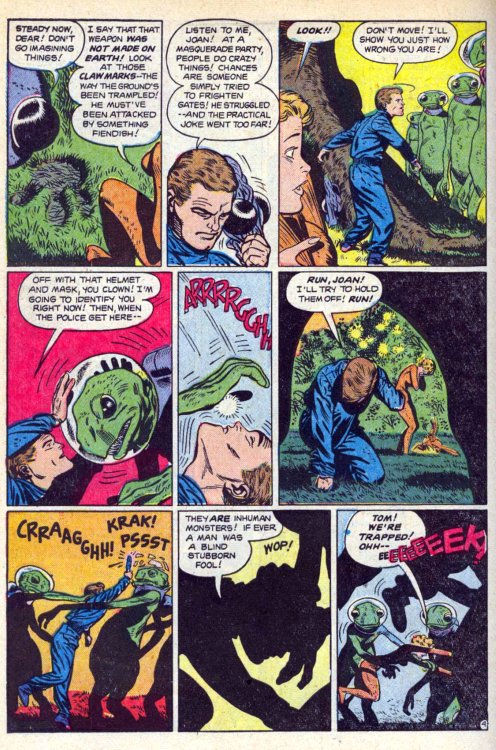 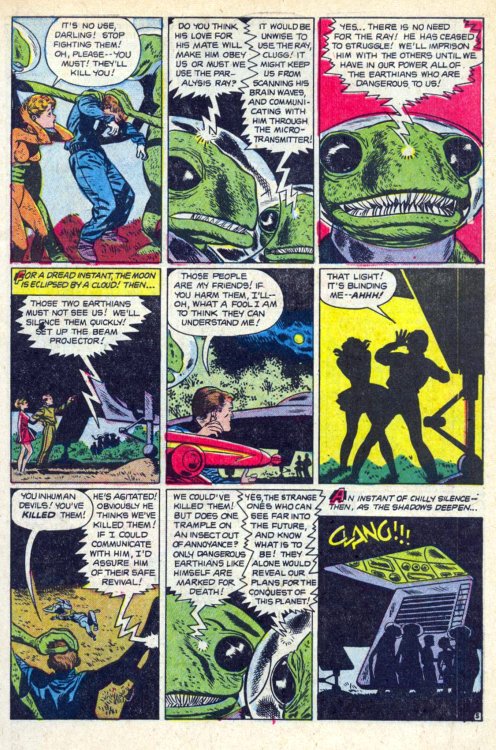 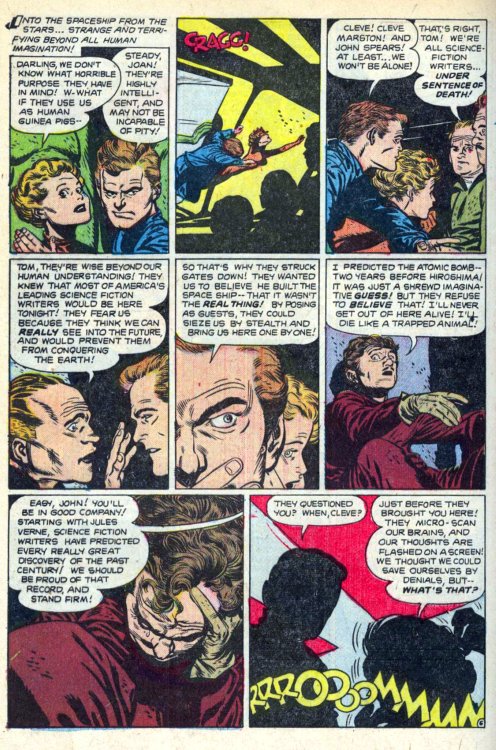 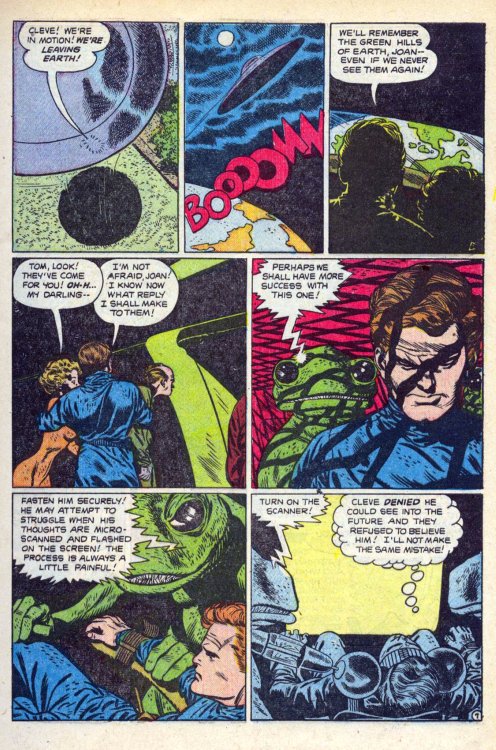 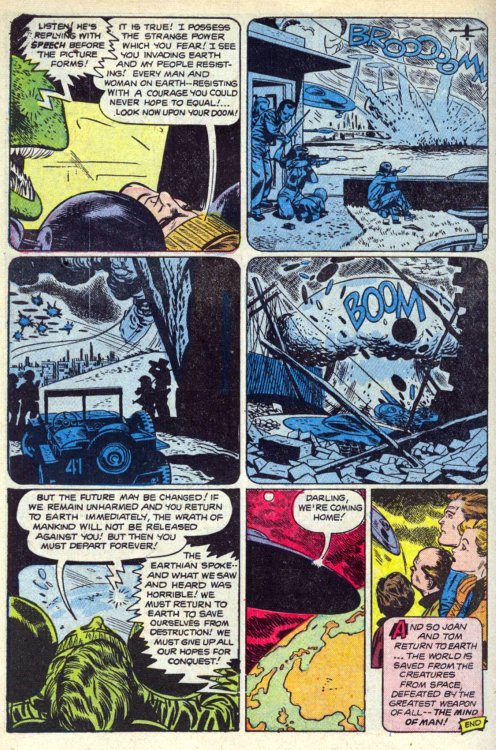 This tale from Standard's Fantastic Worlds #5 (1952) was drawn by Alex Toth and John Celardo, though, ironically, the writer is unknown.
BTW, though it's #5, this is actually the first issue of the title!
There was no #1-#4, which was a pretty standard practice for the publisher during the late 1940s-early '50s!!
The publisher felt the audience would be more accepting of a book they believed was established and already had four issues out.
After all, they had no way of finding the "previous" issues!
Newsstands and drugstores just shipped back the previous month's comics (and other magazines) to the distributor!
No comic shops stocking back issues!
No internet they could search!
Trivia: the cover of the comic the kid is holding on page 1... 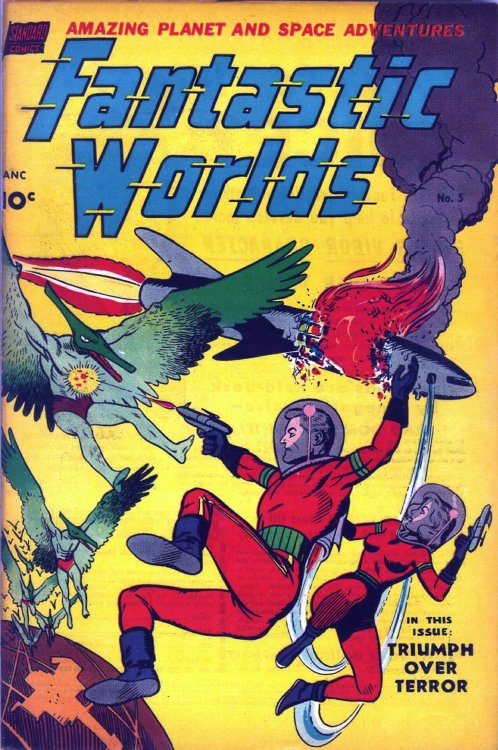 ...is a variation of the cover (rendered by the story's inker, John Celardo) of the actual issue this story appears in!
Please Support Atomic Kommie Comics!
Visit Amazon and Order... 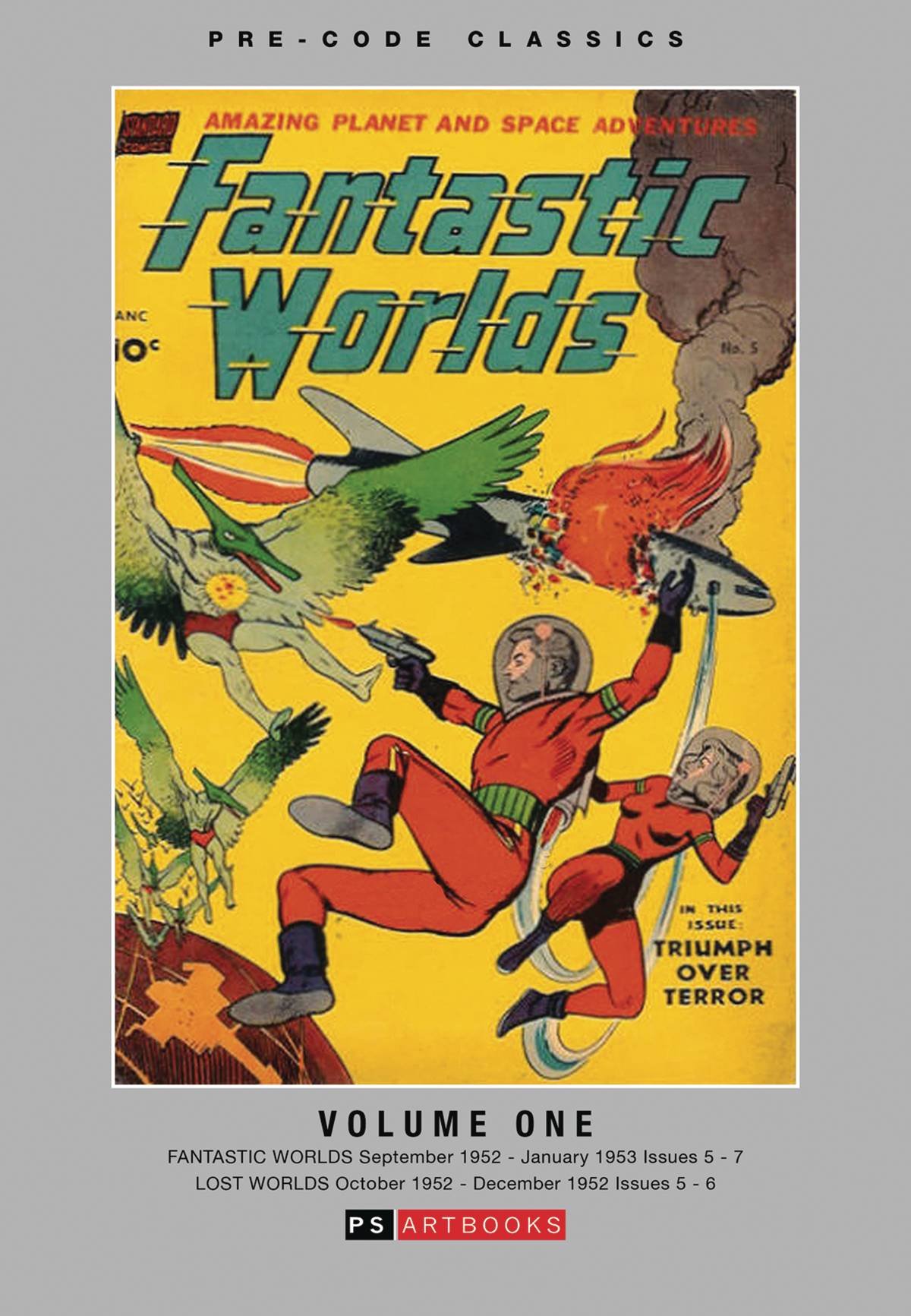