People blaming pop culture (like movies and video games) for violence and evil in society is nothing new... 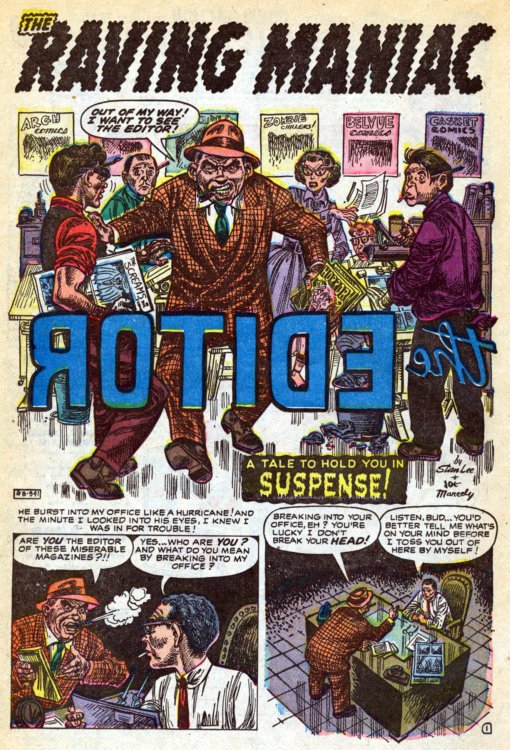 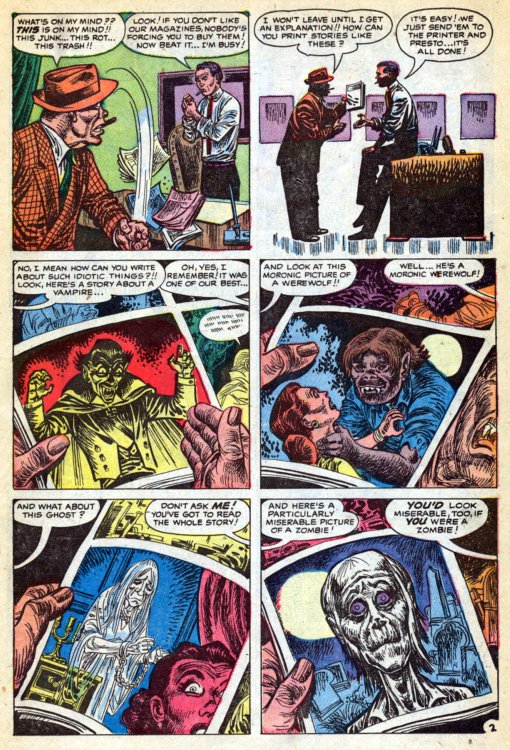 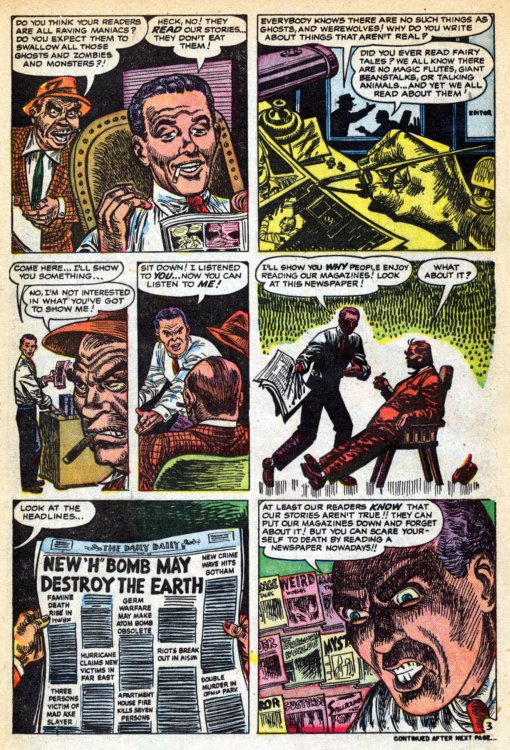 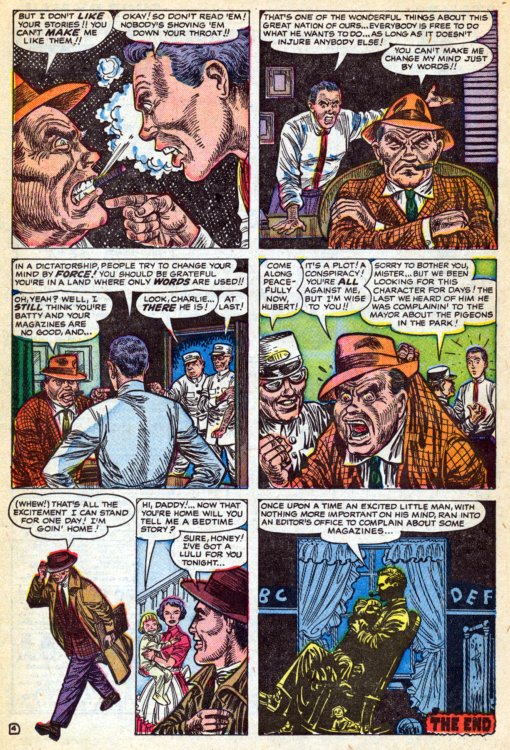 Writer/editor Stan Lee is the model for the story's editor.
Though artist Joe Maneely doesn't use Dr Fredric Wertham's likeness for the screaming loon, the character is clearly based on the impression the "good doctor" made on comics industry workers whose livelihood he almost destroyed.
This was the final issue of the pre-Comics Code horror title which, initially, adapted stories from the famous dramatic radio show.
When the similarly-named Tales of Suspense debuted a couple of years later, it was a Code-approved science-fiction/fantasy title until the arrival of superheroes Iron Man and Captain America.
Please Support Atomic Kommie Comics
Visit Amazon and Order... 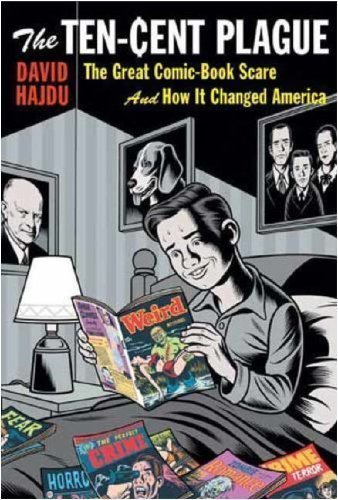