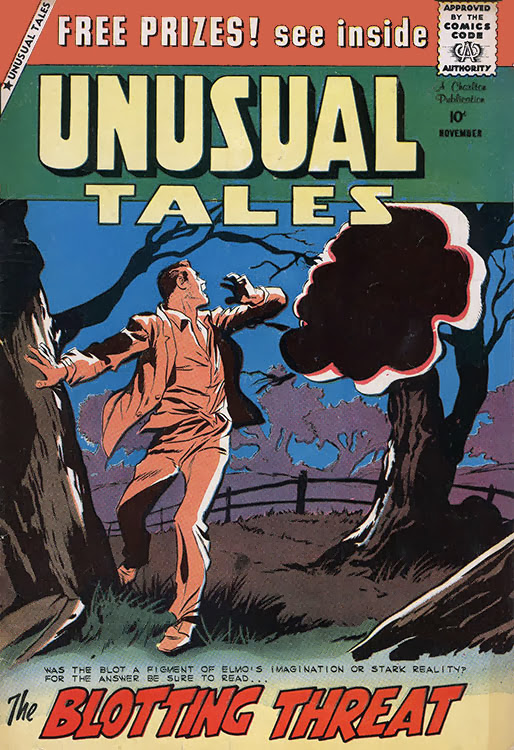 ...the never-reprinted cover story from Charlton's Unusual Tales #19 (1959), about a disillusioned commercial artist involved with... 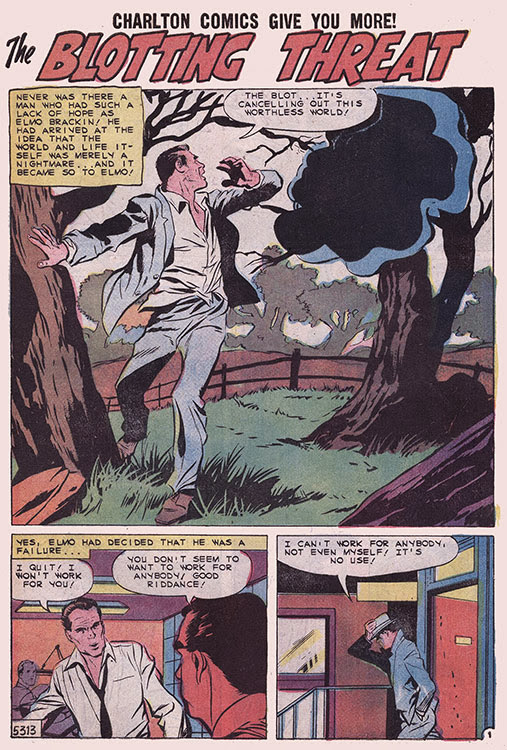 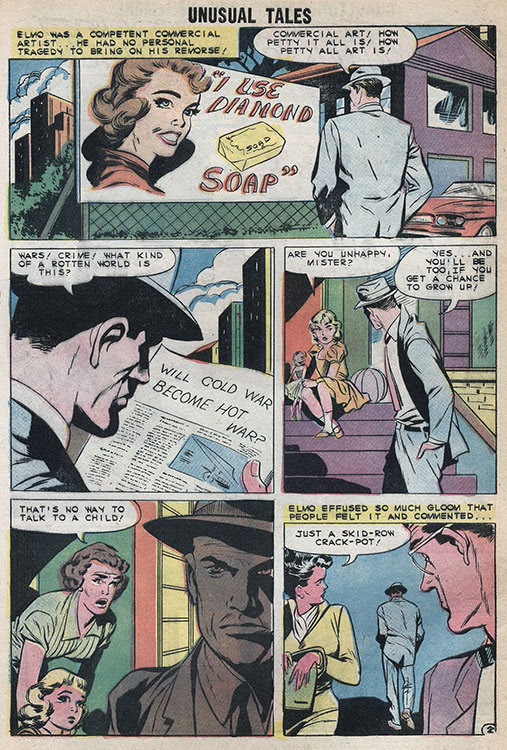 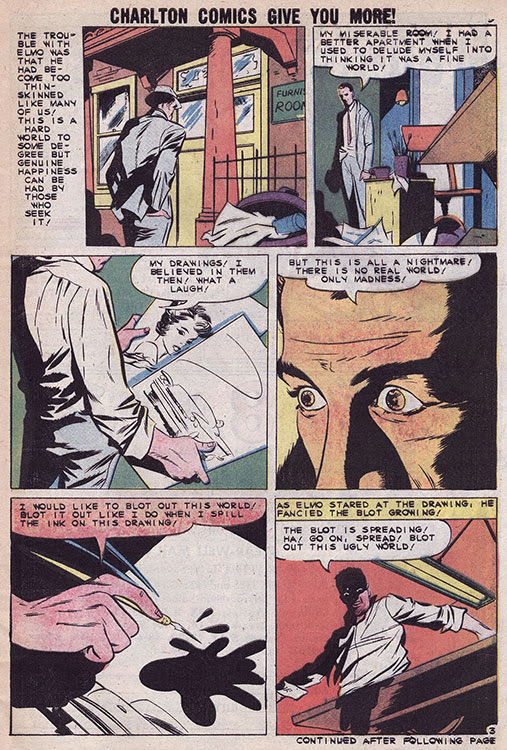 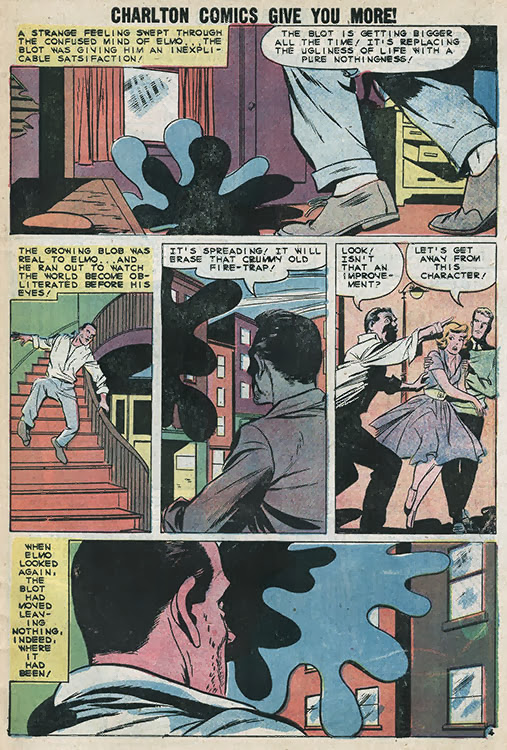 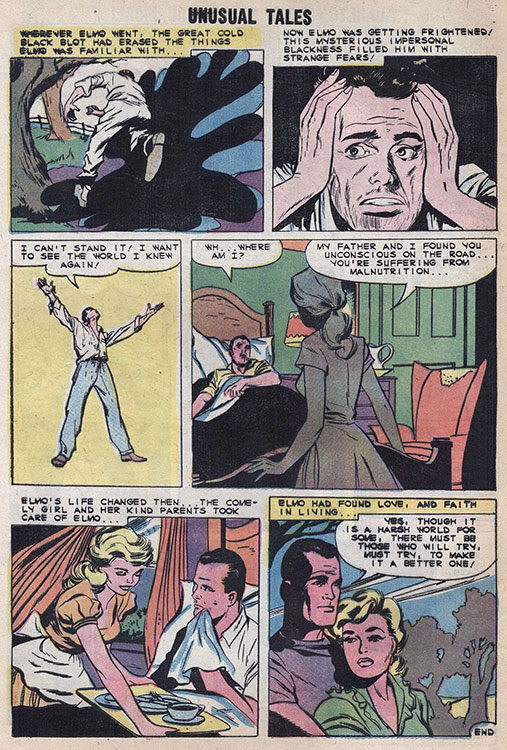 This story, penciled by Baker and inked by Vince Colletta, was one of the last tales published before his death later in 1959 of a heart attack at the age of 38.
Note that Matt was so prolific that the inventory of stories he worked on though Colletta's studio for both Charlton and Atlas (later Marvel) wasn't exhausted until a year after his passing! 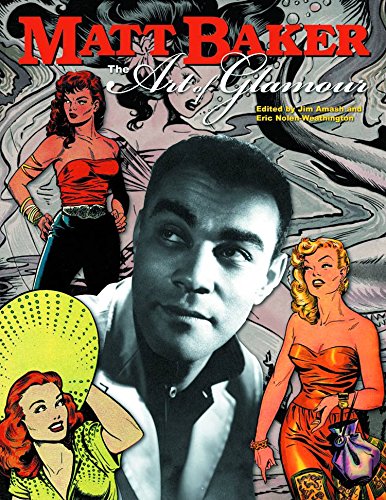